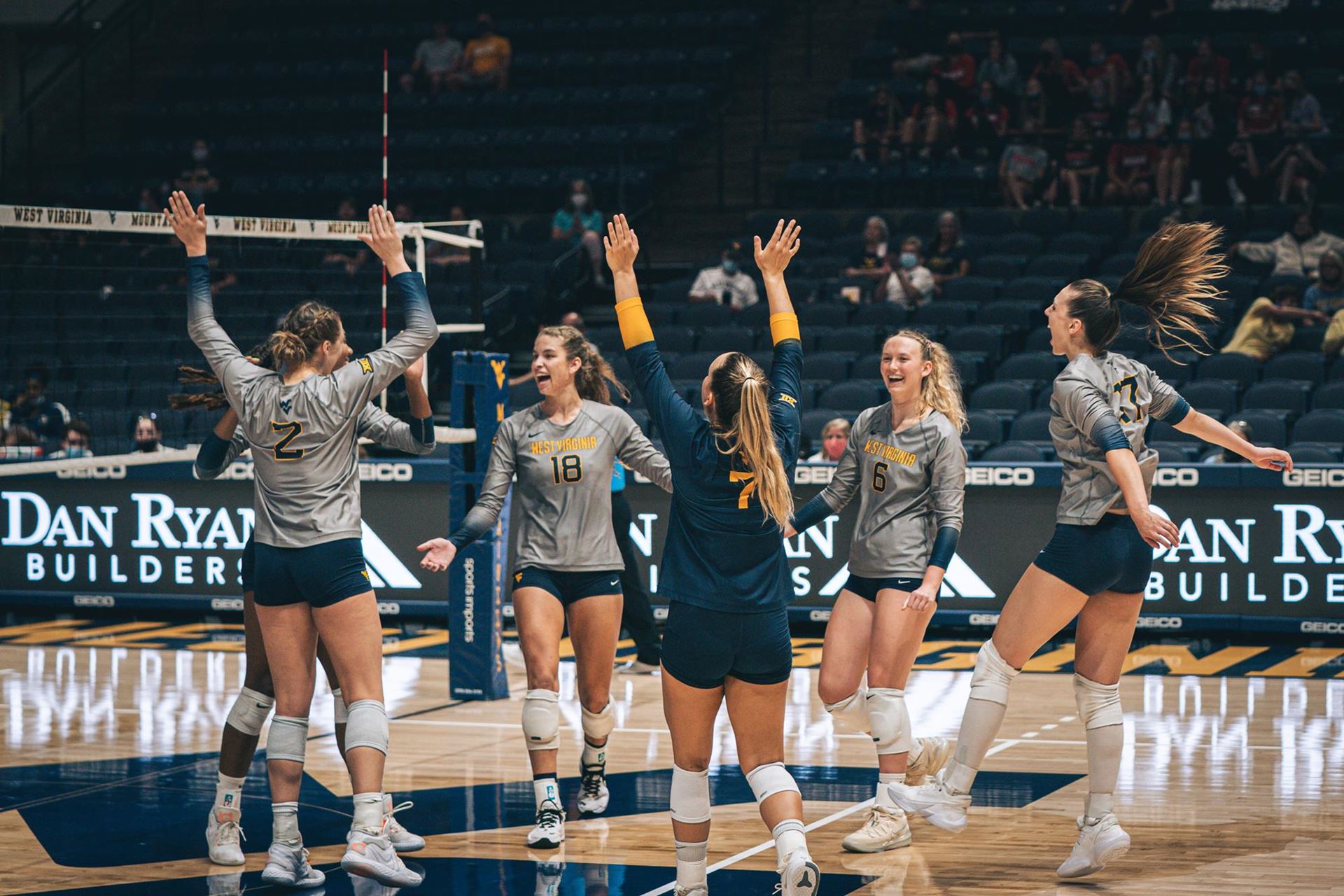 MORGANTOWN, W.Va. — Winners of 12 of its first 13 matches, the West Virginia volleyball team will tackle its toughest test to date Thursday at top-ranked Texas.

The Mountaineers play their first of two contests against the Longhorns at 9 p.m. at Gregory Gymnasium, with the two teams to meet again at the same venue Friday at 8 p.m.

WVU carries a 2-0 mark in Big 12 play into its first league road swing after sweeping Oklahoma with a pair of 3-1 victories during last week’s conference-opening home stand.

“We had a good weekend versus Oklahoma,” WVU coach Reed Sunahara said. “We played well. Oklahoma is a good team and we did some nice things. Hopefully that can carry over to this coming weekend when we travel to Austin and play the number one team in the country.”

To this point, West Virginia has dropped only eight of 44 sets. Over 12 victories, the Mountaineers have won 36 of 41 sets and have seven straight set wins.

Sunahara got the strong response he desired from his team following its first loss September 17 against then-No. 20 Penn State. The Mountaineers fell in three sets to the Nittany Lions in their second-to-last non-conference match, but didn’t let it linger.

“Penn State’s a great team with great tradition and they kept coming at us and putting us at a disadvantage,” Sunahara said. “It was very challenging for us. We learned a lot. We have to play better defense, pass the ball better, attack the ball better and all these things. I’d rather have it now than later. But we did learn a lot just watching them play.

“They play a different style. We learned from that match and hopefully it makes us better.”

Now comes a daunting challenge in the Longhorns (9-0), who have dropped only four of 31 sets this season.

“I don’t know if there’s a way to slow them down, but we’re preparing,” Sunahara said. “We’re working on our side of the court and our game and we have to get better at some things and hopefully that could help us score more points. The key is we have to score a lot of points against Texas and we can’t make a whole lot of mistakes versus them, because they’re really good.”

In her second season at WVU, senior Adrian Ell leads the team with 185.5 points and is second to Briana Lynch with 141 kills. Sunahara is pleased with the steady progression from Ell, a Florida State transfer, and believes she’s capable of more.

“She can play an even bigger role for us,” he said. “She’s a very, very good volleyball player. It’s a different role from when she was at Florida State to what she’s doing now. But she’s learning the position and she’s getting better every day, so we expect her to be one of our main attackers and play a key role for us in us moving forward. She has a very high IQ and I’m glad she’s here.”

Lynch, a senior, has 183.5 points and a team-best 148 kills and 56 blocks. Senior Lacey Zerwas leads with 468 assists, while senior Alexa Hasting is tops on the Mountaineers with 188 digs.

Sophomore Skye Stokes, a standout at Oak Glen High School in 2019, has a team-best 21 service aces.

Following the two matches against Texas, West Virginia is next in action October 14 for the first of two tilts at Kansas State. The Mountaineers’ aren’t home again until October 22 against No. 9 Baylor.