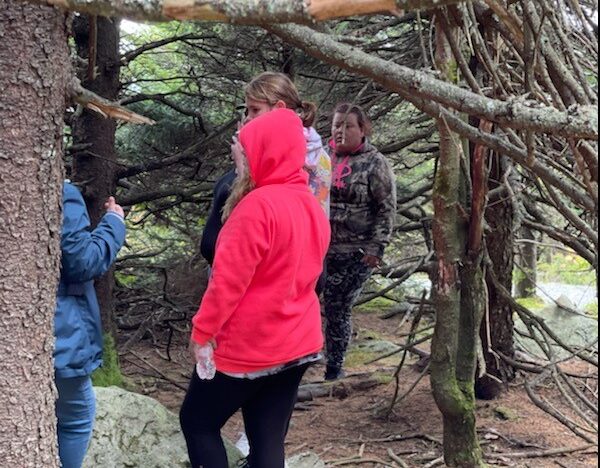 Volunteers scoured much of the Huckleberry Trail at Spruce Knob Sunday looking for clues of Cassie Sheetz, but found nothing.

AUGUSTA, W.Va. — A search across an extensive area of the Spruce Knob Recreational Area in Pendleton County yielded no new clues in the case of missing person Cassie Sheetz over the weekend. The 24-year old hasn’t been seen since she went hiking there with two friends in March.

Sheetz’s mother, Arlene Howard, helped organize the search Sunday largely to put more attention back on her daughter’s case in the media. Howard doesn’t believe her daughter is there and wasn’t surprised by the lack of any discovery.

“We didn’t find anything. There was no sign of her at all. Pretty much the same thing the police have been saying, there’s no sign of her up there at all,” Howard told MetroNews.

State Police periodically conducted searches of the area all summer in the areas where the two friends claimed they last saw her. According to Howard, the only place they have pictures where they can say for sure her daughter visited was the observation tower. Howard said after walking the Huckleberry Trail she’s even more convinced her daughter was never in that area.

“I know my daughter and as soon as we got to where the gravel turned into the actual trail, my daughter would not have done anything like that,” she explained.

More than 100 people turned out to help with the search. Howard said she was grateful for the outpouring of love and support to try and find her daughter.

She has hired a private investigator and said his next move is to try and get State Police to bring the FBI into the investigation.

“This whole thing with seven months of everybody up on that mountain, in seven months we could have poked holes in this story and looked somewhere else for her,” said Howard.

Howard remained convinced her daughter was not on Spruce Knob and the two friends who were last known to be with her are not telling the full story of what happened the day she disappeared.