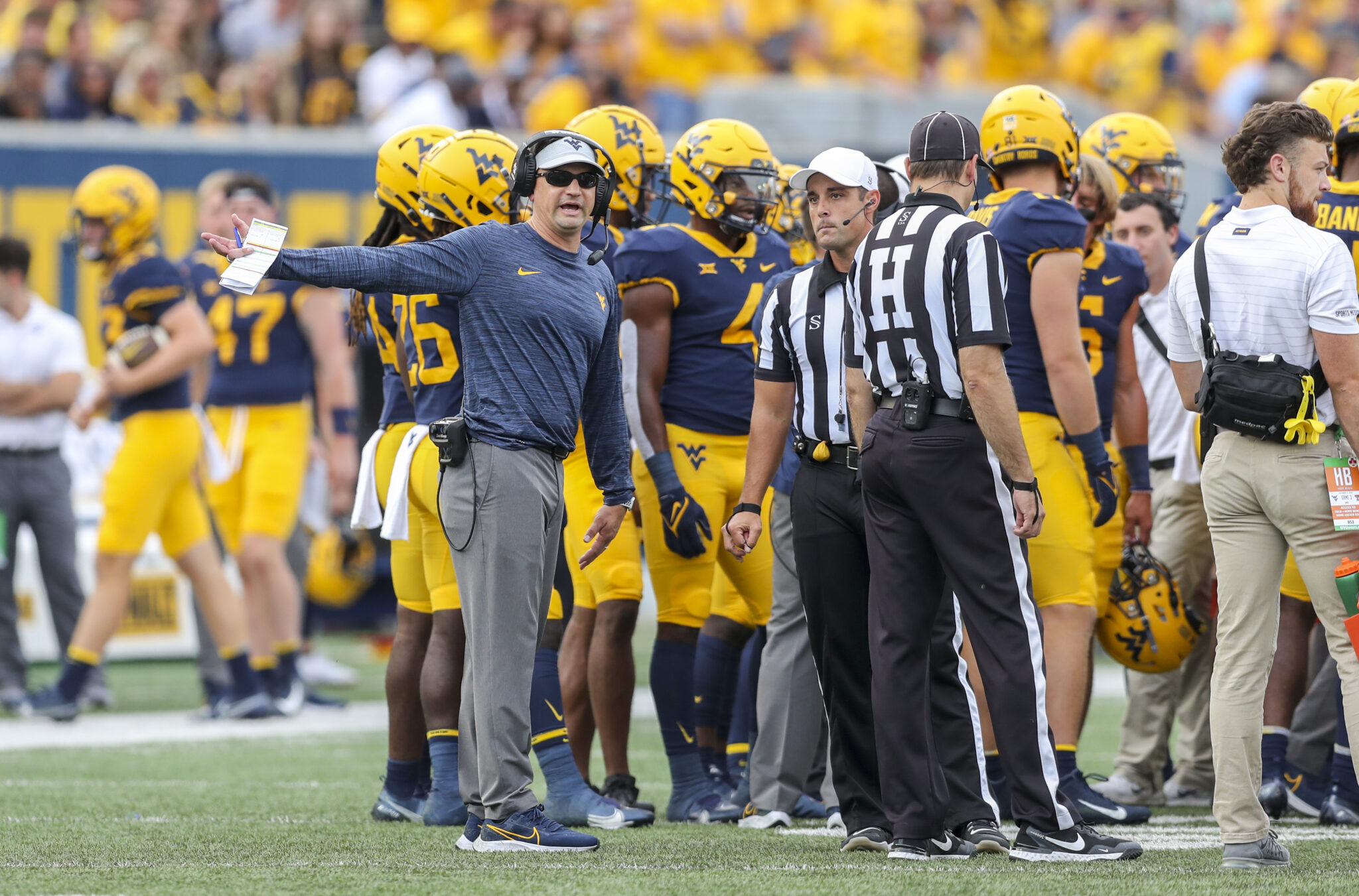 MORGANTOWN, W.Va. — West Virginia’s offense has been plagued by numerous issues in four of its first five games.

The Mountaineers have failed to score more than 27 points against all four FBS opponents, and they recently went five-plus quarters — spanning the final three at Oklahoma and first half of last Saturday’s loss to Texas Tech — without a touchdown.

While many of the issues have differed from game to game, or even by the series, third-year WVU head coach Neal Brown believes the root of the problems comes back to a certain aspect.

“We have to be a more detail-oriented group,” Brown said. “There’s a small margin for error and when we don’t do the details right, then we’re killing ourselves in the red zone or not putting ourselves in good position.”

Four turnovers played a pivotal role in the season-opening loss at Maryland, which also saw the offense sputter in the third quarter when the Mountaineers had a chance to seize control of the contest.

Two weeks later, West Virginia struggled mightily to move the ball in the second half against Virginia Tech, although it played with a two or three possession lead on four of its five second-half series. In a 16-13 loss at Oklahoma, WVU was effective at shortening the game and limiting possessions, though its only touchdown came on the game’s opening series.

In the 23-20 setback to the Red Raiders, the Mountaineers suffered through one of their worst halves under Brown and fell behind 17-0 at halftime. The offense came to life in the second half, but had to settle for a field goal in the red zone on its final extended series — a factor that prevented the Mountaineers from taking their first lead and led to a second straight loss on the opposition’s late field goal.

“It’s frustrating. Our fans are frustrated and I get it. Nobody is more than frustrated than me,” Brown said. “Our first half versus Texas Tech was inexcusable. I can’t reason it. We competed in the second half and I thought we played well. At times offensively, we played really well.”

Before its first red zone play in the late stages against the Red Raiders, the Mountaineers were forced to call a timeout. It marked the second timeout West Virginia called in the second half, with the other occurrence in the third quarter directly before Leddie Brown’s 4-yard touchdown run.

The Mountaineers were then down to one timeout during the Red Raiders’ last series, which aided Texas Tech’s ability to run off nearly all of the remaining time before Jonathan Garibay’s game-winning 32-yard field goal.

“The first one was totally my fault. The way we’re doing this is I basically have a play bank for [quarterbacks Garrett Greene and Jarret Doege] and I had the wrong one. I put Garrett in and it’s totally my fault.”

Still, with just north of 5 minutes to play, the Mountaineers had a chance at their first lead while faced with third-and-goal on the 4. Doege was protected well, and elected to throw to an uncovered Leddie Brown in the end zone, but the pass was off the mark and Brown couldn’t bring in what would have been a well above average catch.

“We had a play where the running back went out and the wheel linebacker kind of took it away, but kind of sat in between it,” Doege recalled. “It was a little gray. The first mesh was coming across, which if I’m decisive, I hit that and he walks in for a touchdown. But I thought the wheel would be able to take away the mesh, so I was going to go to the over the ball route. That was covered. I saw Leddie jumping up and down in the back of the end zone and barely missed him for a touchdown.

“It’s a very small margin for error and I have to make the play when it counts.”

Another troubling aspect for the offense has been its inability to find consistent success on the ground.

Brown rushed for 1,010 yards on 5.1 yards per carry a year ago, but has been limited to 378 yards on 83 attempts through five games. Outside of his 161-yard performance in the win over Virginia Tech, which included an 80-yard touchdown run on his first carry, Brown has 64 attempts for 217 yards.

The Bears, meanwhile boast the top rushing offense in the Big 12 Conference and rank 12th nationally with more than 238 rushing yards per game, including the fifth best mark in college football at 6.1 yards per attempt.

“It’s really a combination of everybody, but it goes back to these details and the footwork, where our eyes are supposed to be and doing that on a consistent basis,” Neal Brown said. “Can we run the football better than we have? If we’re detail oriented and we do a better job with our footwork, we can run the football. I’m not destined that we can’t do it.”