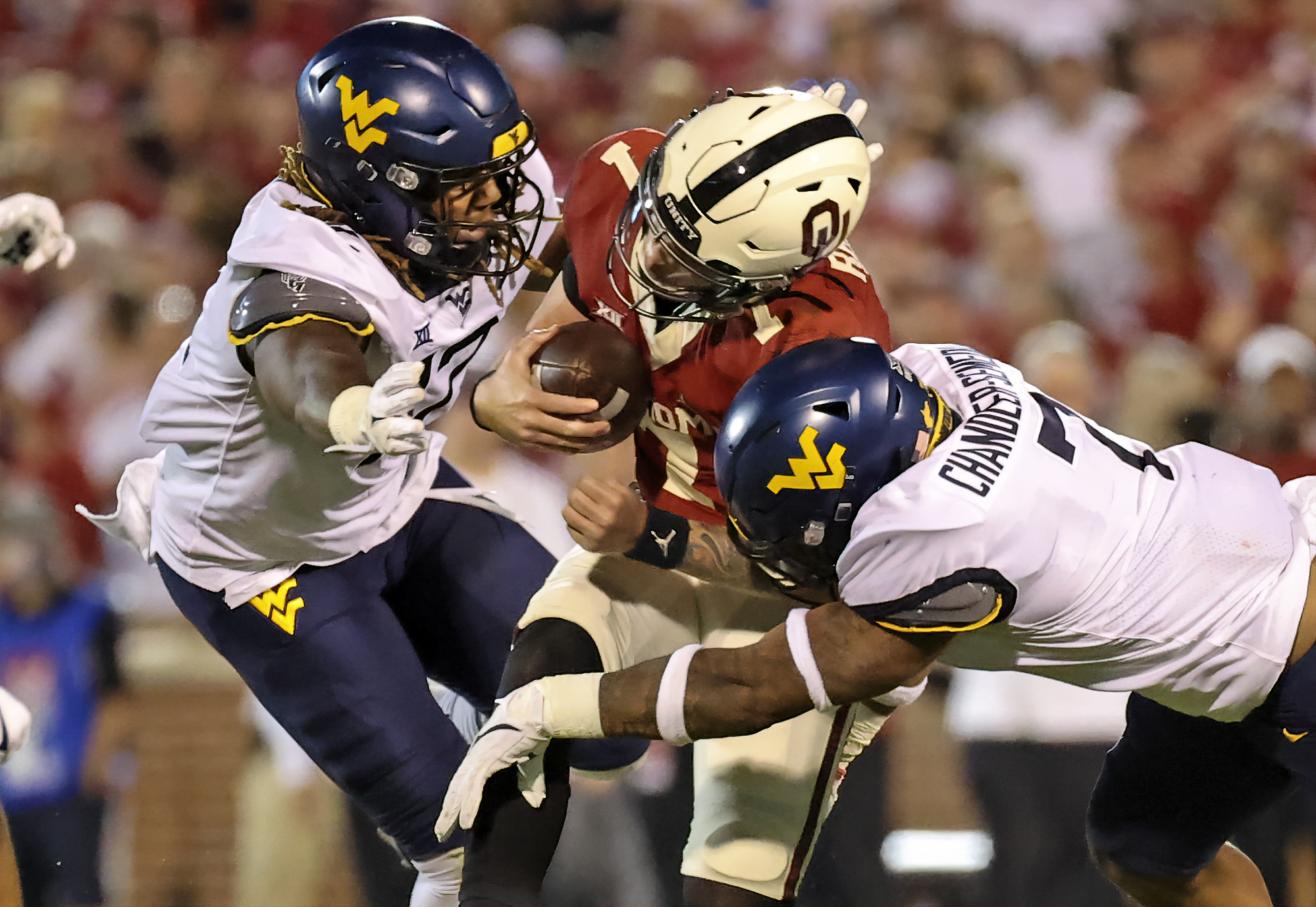 MORGANTOWN, W.Va. — One could understand if Taijh Alston came to the realization that continuing to play football was not the best move for him. Despite three significant injuries in his first four seasons of college football, Alston has shown tremendous perseverance and has become an every-game starter on West Virginia’s defensive line.

Alston’s college career began in 2017 at East Carolina. He was redshirted after tearing an ACL. Alston transferred to Copiah Lincoln Community College in Mississippi a year later. In January of 2019, Alston enrolled at WVU. But just two games into the season, Alston tore the same ACL against Missouri.

“I just heard a snap so I didn’t think it was that bad because my adrenaline was still rushing,” Alston said. “When I looked down, I knew it wasn’t right. I knew I tore something in my knee. When everything set in and I actually looked at it, I was like, ‘Yeah, this hurts really bad’.”

While getting back up to speed last season, Alston suffered another significant injury, this time to his Achilles. He would play in just a single game in 2020. Defensive coordinator Jordan Lesley says he saw immediate resolve from Alston to return to the lineup.

“Taijh is really, really hungry,” Lesley said. “I was there that day and Taijh didn’t blink an eye. He said, ‘Coach, I’ll be back’. That says a lot about him.”

“My main thing was just staying focused on my rehab and recoveries and things like that just to stay on the field. I was just taking it one day at a time. I was just focusing on what I could focus on,” Alston said.

Add it all up and four seasons into his college career, Alston was only able to play in three games at the Division I level. He admits that the cumulative effect of injuries and subsequent rehabs made him question if football was still in his future.

“That thought did come into my head but I just had to dig deep and know this is what I wanted to do. I love the game of football and I wasn’t going to let an injury determine my career,” Alston said.

“What kept me going is that I love the game of football and I know I can play at this level. I just kept that mindset every single day. I just worked as hard as I could and I just controlled what I could control.”

Finally, good health has come Alston’s way in 2021 throughout the spring, summer and fall. The redshirt junior has started all five games at defensive end and he leads the team with five sacks and eight tackles for loss.

“What helped me a lot was having a full offseason. I had a full spring ball, full summer and full fall camp. Just going against my teammates in practice, it just all felt right. So I knew I could play,” Alston said.

“The thing about our D-Line room is that we are all very competitive,” Alston said. “We want to be the first one to get to the quarterback. It is a race to the ball. It is a good feeling to have guys that are on the same mission as you. It makes you want to go harder every rep. I just love being a factor on the D-Line and playing with those guys.”