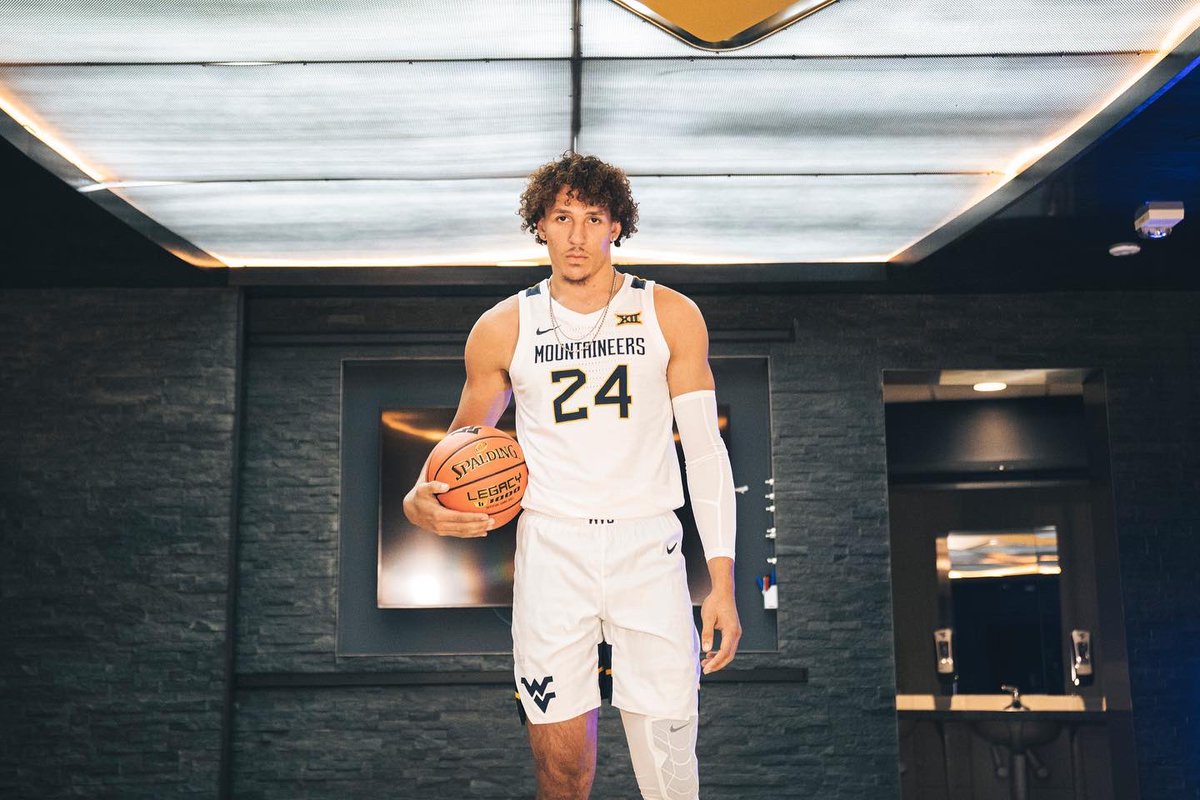 The 6-foot-8 Sumenick offered his commitment to West Virginia on Wednesday night, becoming the third member of the Mountaineers’ 2022 recruiting class.

Sumenick also held an offer from Texas A&M and had interest from Wisconsin, Marquette and Illinois, but after attending last Saturday’s WVU football game against Texas Tech, he settled on Morgantown.

“I absolutely loved the visit. I came on a football weekend, and the town was electric,” Sumenick said. “Seeing the blue and gold everywhere, people coming up and asking for pictures, giving me encouragement and telling me to commit here. Some people told me going to school here was the best decision of their life.

“People love the university and that was something that stood out on my visit. I chose West Virginia because I see no reason I can’t be successful there. I was trying to weigh the pros and cons and I didn’t have any cons on the list. It’s really hard not to see myself fit at a program like West Virginia.”

Sumenick, who will have three years of eligibility remaining at West Virginia, will play the upcoming season at Triton College just outside Chicago. It marks his third stop in the last three seasons.

Lightly recruited out of high school, Sumenick went to Bosco Institute (Ind.), where he averaged 14.7 points and 7.3 rebounds in the 2019-2020 campaign. Last season, Sumenick played at Robert Morris and averaged 2.4 points over 8.4 minutes in 16 games.

“People helping me with the decisions told me it would be better to go to a mid level Division I school and try that out,” Sumenick said. “I had never visited Robert Morris or anything, and I went there and tried it out. It just wasn’t really a good fit for me or the right situation.”

The Green Bay, Wisconsin native opted to return to junior college following one season at RMU, and his recruitment picked up in a big way after getting to Triton.

It was a far different experience than what Sumenick went through while winding down his playing days at Denmark High School.

“No coaches are watching our games, so I had basically had zero recruitment until we made it to states,” Sumenick said. “I’m guarding Mr. Basketball in Wisconsin [Southern Illinois’ Marcus Domask} and we lost that game, but I did a decent job on him. I’m not sure of the exact numbers, but I think he shot 4-for-14 on me, and in his press conference, he was like, ‘Man that guy’s a great defender and he made it tough for me.’

“My stock kind of rose after that game. I got some Division II offers that day and I had some Division I schools reach out and say that if I went to a prep school or junior college, they’d recruit me.”

Sumenick is familiar with former Mountaineers Jordan McCabe and Oscar Tshiebwe, and said the proximity of he and McCabe’s hometowns led to them playing with and against each other in past summers. While at RMU, Sumenick trained with Tshiebwe at times.

With one season to play at Triton before coming to WVU, Sumenick will be looking to improve on what he believes is an already extensive skill set.

“When I asked the [West Virginia] coaches, they think I bring a great amount of toughness and have a high motor and play hard every time I’m on the court,” he said. “I’m a skilled big who can play inside and out and guard multiple positions. As they put it, I can bring an added level of toughness, whether that’s physically or mentally to the team. Everywhere I’ve been, I’ve always been a glue guy and a hard worker that picks his teammates up.”

Josiah Harris and Josiah Davis previously pledged their commitment to West Virginia for next year’s class.