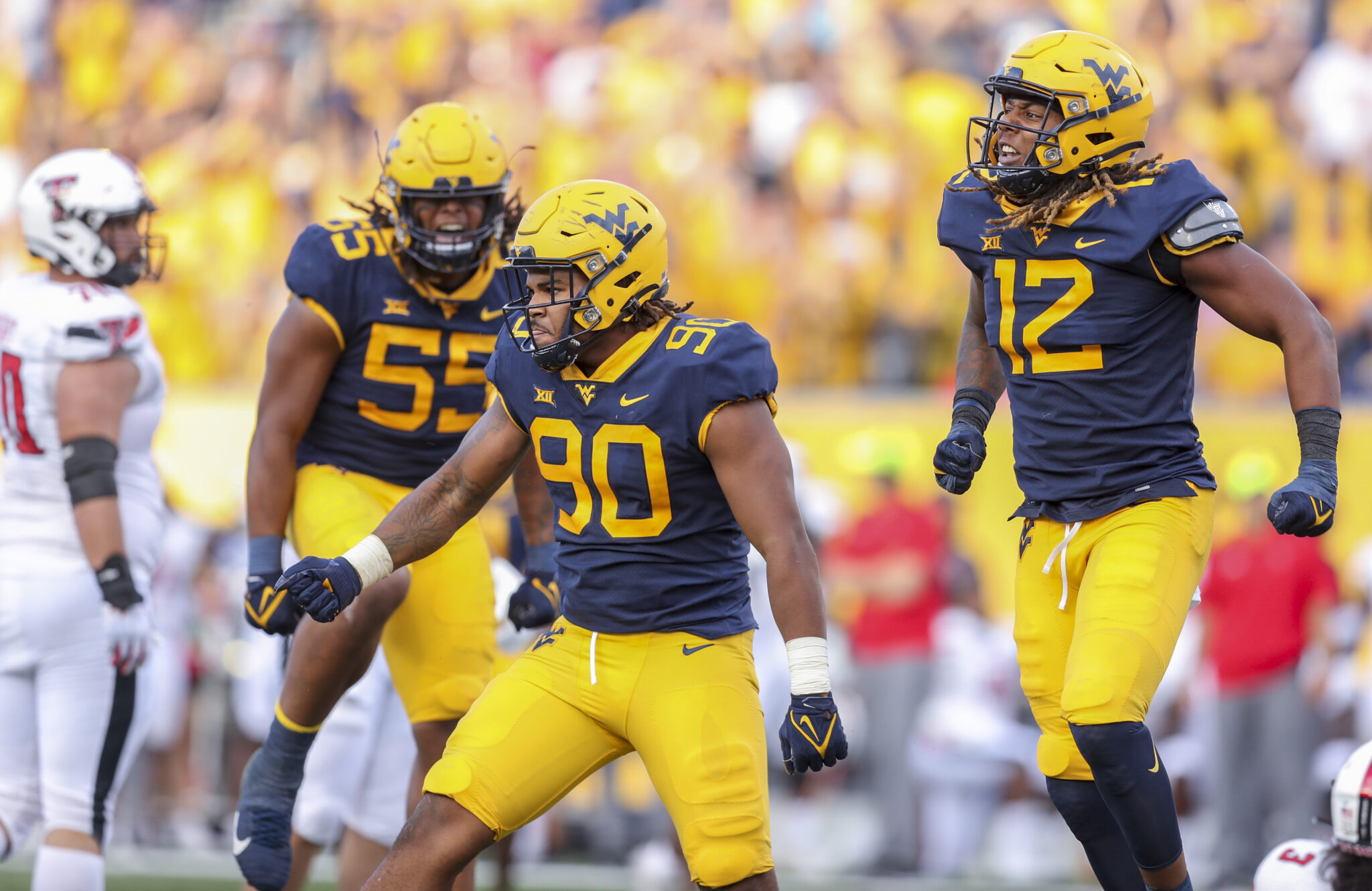 BU gained only 10 first downs and 27 rushing attempts netted 107 yards in its first setback of the season.

Getting back on track Saturday will be no easy task against a West Virginia defense that Baylor head coach Dave Aranda believes resembles the Cowboys’ unit in certain ways.

“There are some structural similarities,” Aranda said. “We use the term spinner for three-man fronts with a linebacker, defensive end type body on that heel line of the defensive line in one of the B gaps. Stunts and pressures can come off of those looks, so they’re similar from that perspective.

“They’re also similar in that they’re very multiple. They’re not a bend but don’t break defense. They’re more of an attacking brand.”

In five victories to start the season, Oklahoma State has yet to allow more than 23 points in a game. The Cowboys rank 30th in scoring defense (18.6 ppg) and 16th in rushing defense (91 ypg).

Although the Mountaineers have sputtered to a 2-3 start and head to McLane Stadium in as close to must-win mode as possible for an early October game, they, too, have made a habit of shutting down opposing rushing attacks. West Virginia is allowing only 88.4 yards per game on the ground and a mere 2.54 yards per carry, which rank 12th and seventh nationally, respectively. The Mountaineers are also 27th in scoring defense surrendering 18 points on average.

West Virginia’s run defense should be challenged in a big way against the Bears. With an average of 239 yards on the ground, Baylor is No. 12 nationally in rushing, while its 6.1 yards per attempt is fifth best in the country.

Abram Smith’s 510 rushing yards and six touchdowns are a team high, though Tristan Ebner, who also doubles as a major threat in the return game, has 348 yards on nine fewer carries than Smith.

“They’ve turned into an 11 and 12 personnel team,” WVU head coach Neal Brown said. “They want to run the ball. The running backs are both playing well and they have two that complement each other.”

Quarterback Gerry Bohanon is also a factor on the ground, as evidenced by 118 yards and five TDs.

While the Bears may not present an assortment of looks in how they hand it off, they strive to create confusion before the snap.

“A lot of misdirection and a lot of moving pieces,” WVU defensive coordinator Jordan Lesley said. “They’re going to try to formation you and really come back to the same play sets or the same three or four plays that they like to run. It’s just dressed up a number of different ways. A lot of people do that to us. They try to get your eyes confused on what you’re looking at. More than anything, it’s repetition.”

Smith and Bohanon are both 221 pounds, while Ebner is 215, making Baylor’s three primary ball carriers an extreme physical challenge.

“They’re primarily focused on being an outside zone team,” Brown said. “They’ve done a nice job of staying consistent with that. They give you a bunch of different looks and a bunch of different surfaces — whether they run it to a tackle, a tight end or two tight ends. They do a bunch of pre-snap motions and shifts, which I’m sure we’re going to see, because we struggled with it last week.”

Yet there are also questions surrounding the Bears against tougher competition after BU mustered a combined 230 rushing yards on 3.3 yards per carry in its two toughest challenges to date against Iowa State and Oklahoma State.

While facing Texas State, Texas Southern and Kansas, the Bears ran at will and racked up 964 yards.

To rediscover its running attack, Aranda believes his team needs to be more efficient and explosive through the air. Baylor’s currently averaging a shade less than 210 passing yards, which is outside the top 80 in the FBS.

“[Oklahoma State] put a lot of people in the box and forced us to win on the perimeter,” Aranda said. “We failed to do that. Once that happens, then there’s really limited things you can do when you’re outnumbered in the box.

“The big takeaway is to not allow people to do that by having them feel a threat on the perimeter and the outside in the throwing game.”

On the flip side is the need for West Virginia’s defense to stick to its keys and not overcommit to stopping the run. Should the Mountaineers consistently need to put six, seven or eight defenders near the line of scrimmage, Baylor could opt to open it up and take its chances through the air.

“They do a nice job of mixing in their naked [bootlegs] and shot plays off of it,” Brown said. “They have a good identity as far as who they want to be. With the schedule early in the season, they were able to get in a rhythm and they’ve done a nice job.”