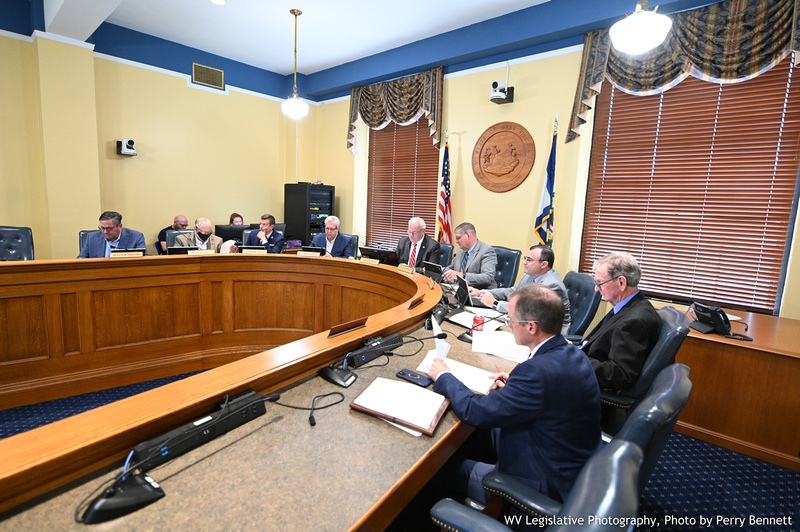 Gov. Jim Justice said he will call a special session starting Monday for the Legislature to complete the redistricting process.

“This is on all the redistricting we have to do. We’ve got to do this and everything,” Justice said. “The special session is part of the Legislature’s constitutional duty to redistrict the state of West Virginia.”

Justice said the special session call will also include allocation of federal dollars for some state agencies.

Lawmakers have been meeting to discuss the maps.

The Senate’s redistricting committee formally met the past couple of days, discussing two dozen possibilities for congressional districts and introducing several options for state Senate maps. But the committee did not make any decisions yet.

Senator Charles Trump, R-Morgan, the chairman of the committee, went over a history of state Senate districts. Trump suggested that in addition to keeping population balanced among districts, he hopes the new Senate maps that are produced will respect county lines as much as possible.

“In West Virginia, perhaps more than any other place with which I’m familiar, people identify with the county they’re from,” he said.

The Senate committee did eliminate a couple of proposed congressional maps, including one with a fairly large population differential.

The committee plans to meet again at 3 p.m. Friday, “at which time I’m hoping we’ll have more maps to look at and maybe some comments from the public,” Trump said.

The Putnam County Commission submitted a letter urging lawmakers to keep Putnam, Cabell and Kanawha counties within one congressional district together.

The commissioners wrote that the populations of the counties overlap in terms of where residents live and work — and there are many collaborative efforts on matters like policing, water service and fire service.

“It simply would be a huge mistake to separate Putnam County from the other two counties in any redistricting plan,” they wrote. “It would leave Putnam County with little voice in decisions made on a congressional level that affect our county.”