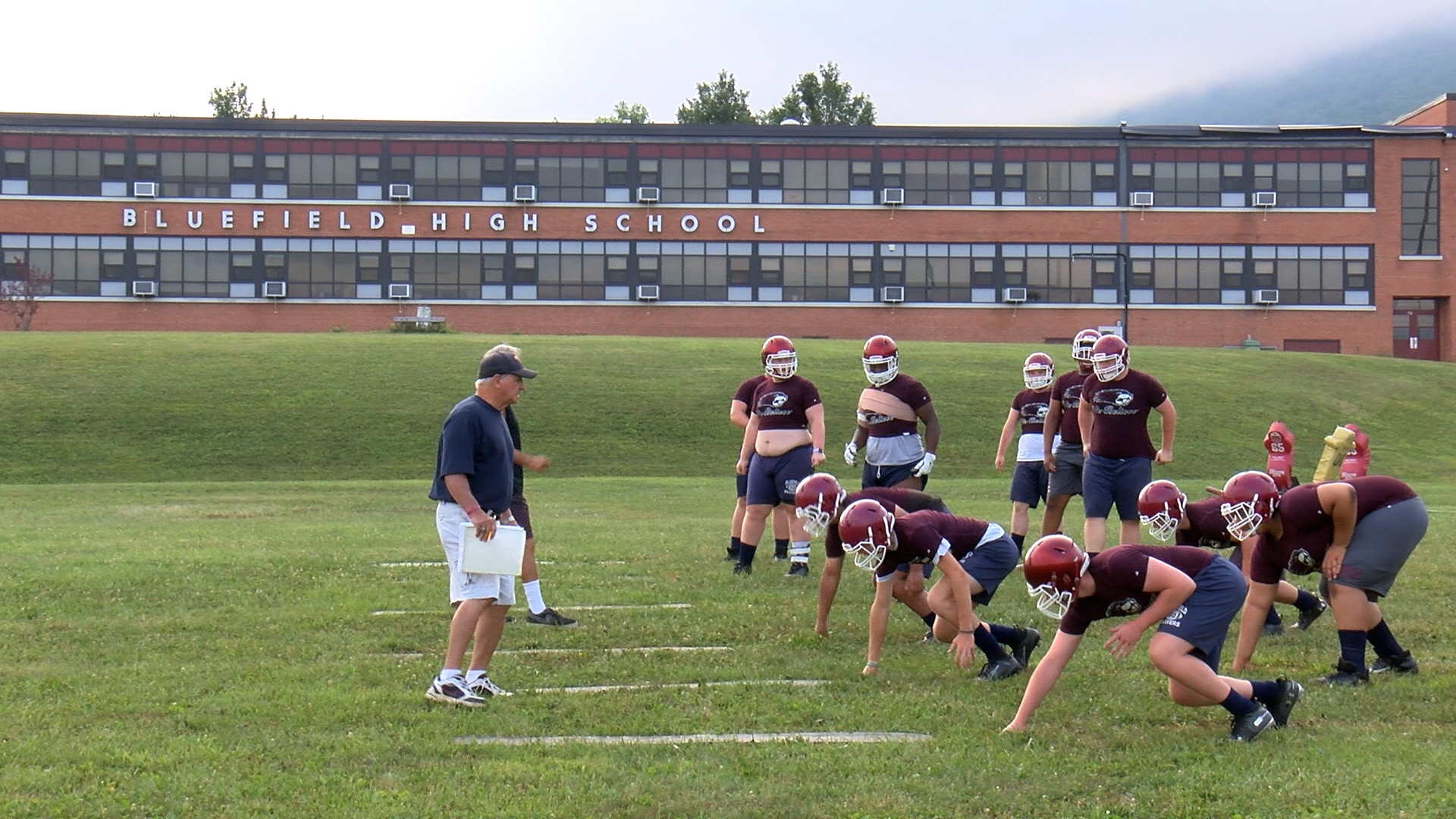 MORGANTOWN, W.Va. — Week seven of the high school football season begins Friday night around West Virginia. A long list of postponements has limited the Bluefield Beavers to just one game so far.

“What is really hard on me is that I am not controlling my own destiny anymore. You just flip the coin and you are playing with what is dealt to you. I hate it for our players because they worked hard in August. Just one game to show going into October 8th, I hope that never happens to us ever again,” said Bluefield head coach Fred Simon.

Bluefield will face their longtime rival Graham, Va. Friday at Mitchell Stadium. This game is traditionally the season-opening contest for both teams but the G-Men were unable to play in late-August due to COVID issues. Graham is 4-0 with a pair of shutouts in their last three games.

“They have been able to find some players that possibly made some mistakes earlier and subbed them in. It takes a while to get your rhythm and find the starting lineup you like best. The only way to do that is to play games and scrimmages. That’s something we lack. We just hope we have made some adjustments that will work for us and we’ll find out.”

Bluefield will also play a rescheduled game against Pikeview on October 11. The Beavers lost to county rival Princeton, 39-36 on September 3. It was the first game under center for new starting quarterback Ryker Brown.

“Ryker played well against Princeton. We had some drives and put 36 points on the board. I thought for a first-time starting quarterback, he led us in an excellent way. I hope he can pick up where he left off.

The WVSSAC requirement to play a minimum of eight games to become playoff-eligible remains in place this season. The Beavers currently have six more contests on their schedule.

“We hope to do our best to find some teams that will play us down the road. I know we have at least seven games as of now. Hopefully we’ll get that eighth.”

Martinsburg rolling up the wins and mileage

Martinsburg (6-0) has already played as many games as they did last year, when their season was ended by the COVID map in the quarterfinal round. The Bulldogs own impressive road victories over two of the top programs in Virginia (Salem and Highland Springs). Saturday, the Bulldogs will face Riverside High School from Painesville, Ohio (5-2). It is another lengthy road trip for a Martinsburg team that will also visit Spring Valley later this month.

“It has been extremely difficult for us,” Martinsburg head coach Britt Sherman said. “[Athletic Director] Davis Moore sent out hundreds of emails. He stalks the opening pages in all the neighboring states. Luckily we came into this Riverside game just because of an opening. I talked with their coach and got something worked out in terms of a two-year deal. Those are hard to come by.”

With a 1 p.m. kickoff on Saturday, the Bulldogs will make a stop in Canton, Oh. first.

“We’ll take the kids up and have an experience and show them the Pro Football Hall of Fame. We’ll take a tour and look at that facility. A lot of kids, without that trip, may never get to do that.”

Sherman has utilized a pair of quarterbacks this season. Ezra Bagent, who is the brother of Shepherd quarterback Tyson Bagent, has passed for 1,025 yards and ten touchdowns. Murphy Clement has tossed eleven touchdown passes and also has ten rushing touchdowns.

“Ezra is a lot like Tyson as far as being a pocket passer. He is mobile but he is not somebody that is kind of like a running back throwing the football. Murphy is more of a dual-threat guy. He actually has more touchdown passes than what Ezra does. Ezra has thrown for over a thousand yards. But both of them are really good leaders.”

The Bulldogs will host fellow unbeaten Jefferson (6-0) on October 22.

“Unless we are playing them, we want football in the eastern panhandle to be strong. It only makes us better as well. We are excited to see that [the Cougars] are playing well and are undefeated thus far. We look forward to that game in a couple of weeks.”

Six weeks into the season, Wheeling Park has just three official results on their record. The Patriots (1-2) defeated St. Clairsville, Oh. in their season opener but fell to Steubenville, Oh. a week later. Park entered a COVID pause in Week 3 and returned just prior to hosting University on September 18. The Hawks prevailed 35-14.

“Take nothing away from them. They are having a great season and John [Kelley] and their staff does a great job. But going into that game, we did not have a functional practice until Thursday. But when you are in that situation, you don’t want to cancel another game. You don’t want to sit out. So we did the best we could do to get ready,” said Wheeling Park head coach Chris Daughtery.

Since that loss, the Patriots had their originally-scheduled bye week and saw their homecoming game against Fairmont Senior postponed due to COVID issues with the Polar Bears.

“We have tried to do the best as coaches to change up our practice tempos and do some things that are a little bit more game-like at the end of practice. We run a lot of team [drills] and not giving a whole lot of rest. We’re trying to create a game-like atmosphere at practice. But we know that is hard to do.”

“I think we have some offensive talent. But we still have to get going to prove that. I think we have some young kids that are ready to step up and make a name for themselves. It is just a matter of getting out and playing football, making mistakes, fixing them, and trying to get playoff-ready with a young group of talented kids.”