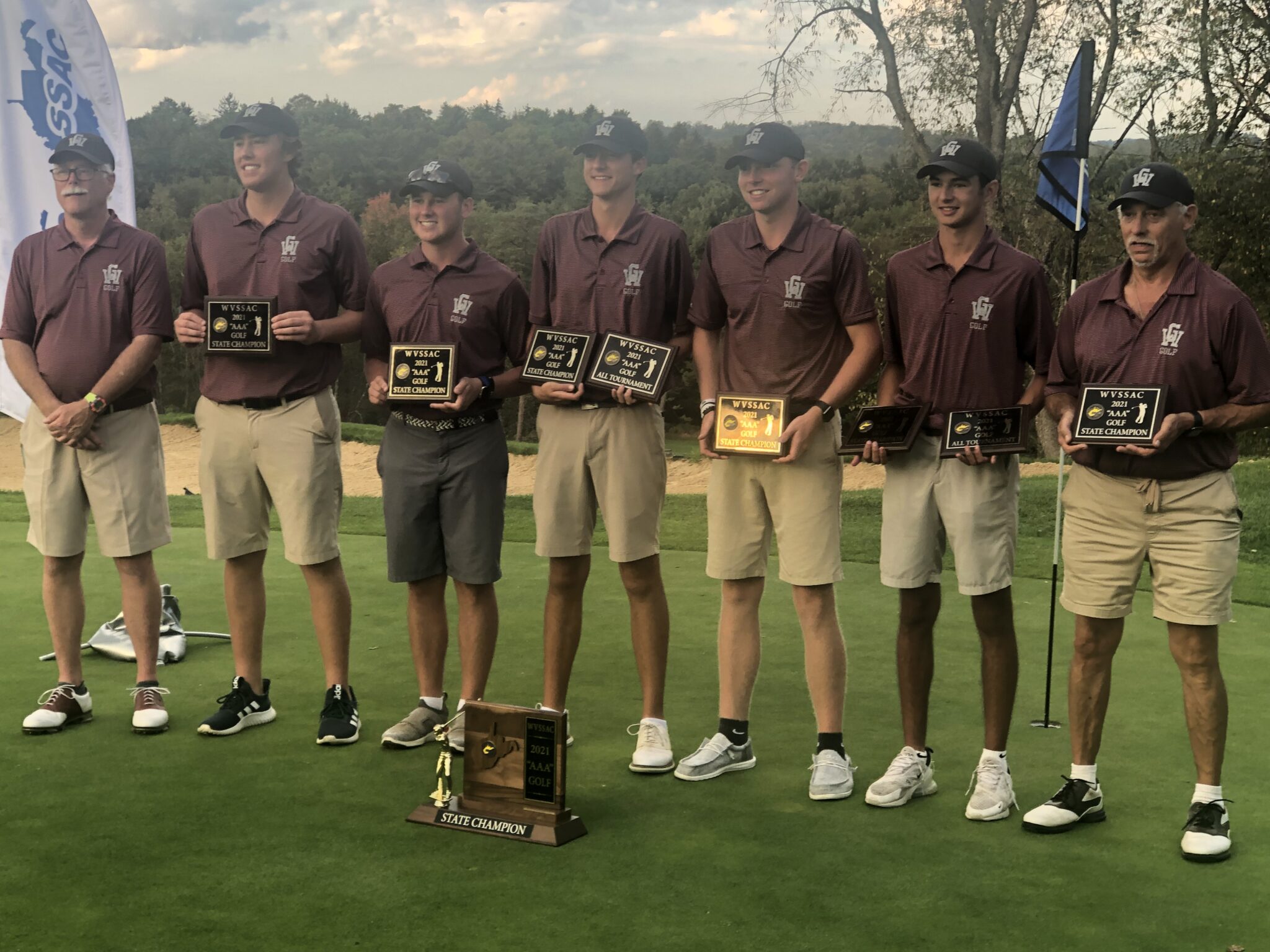 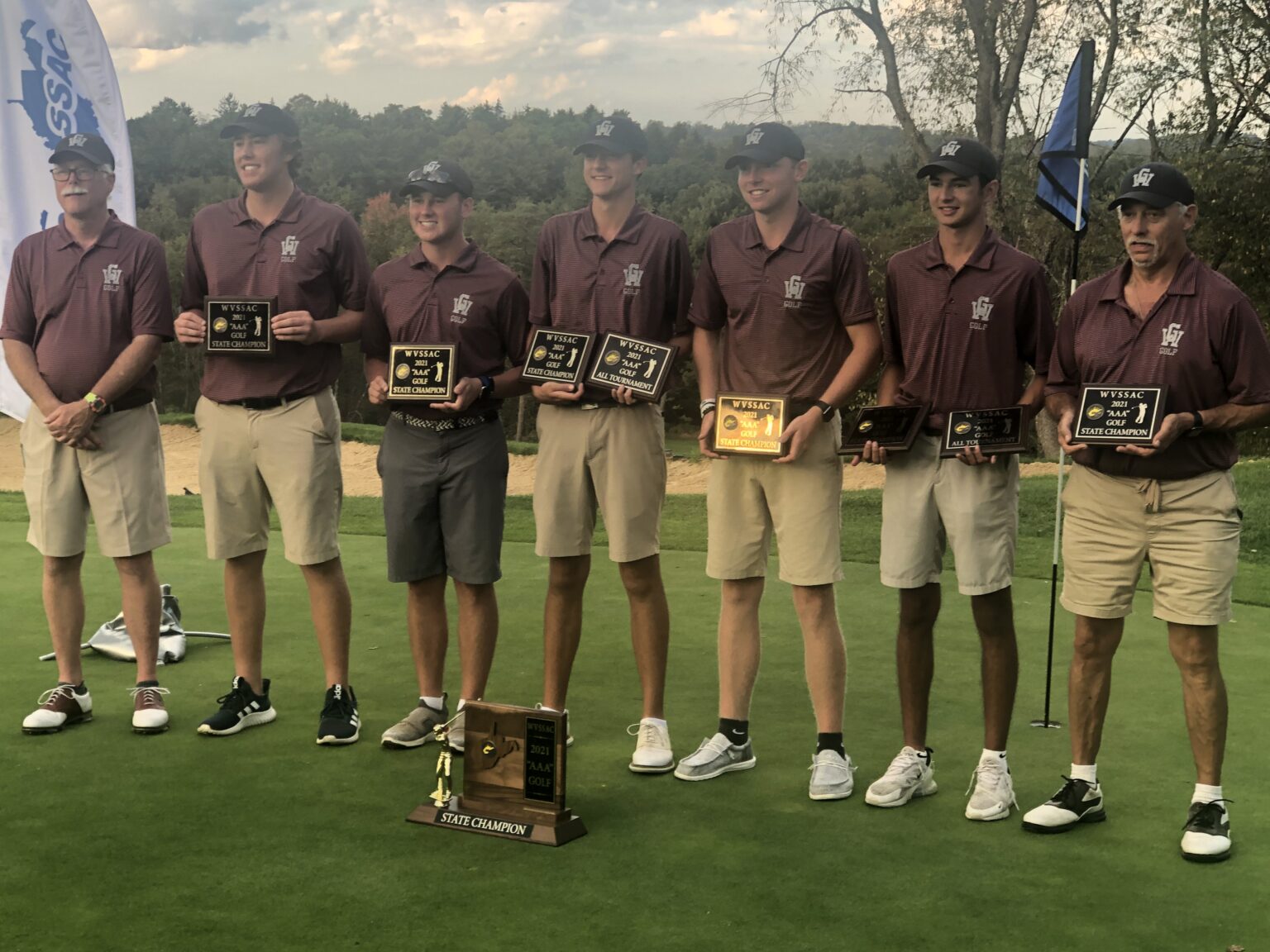 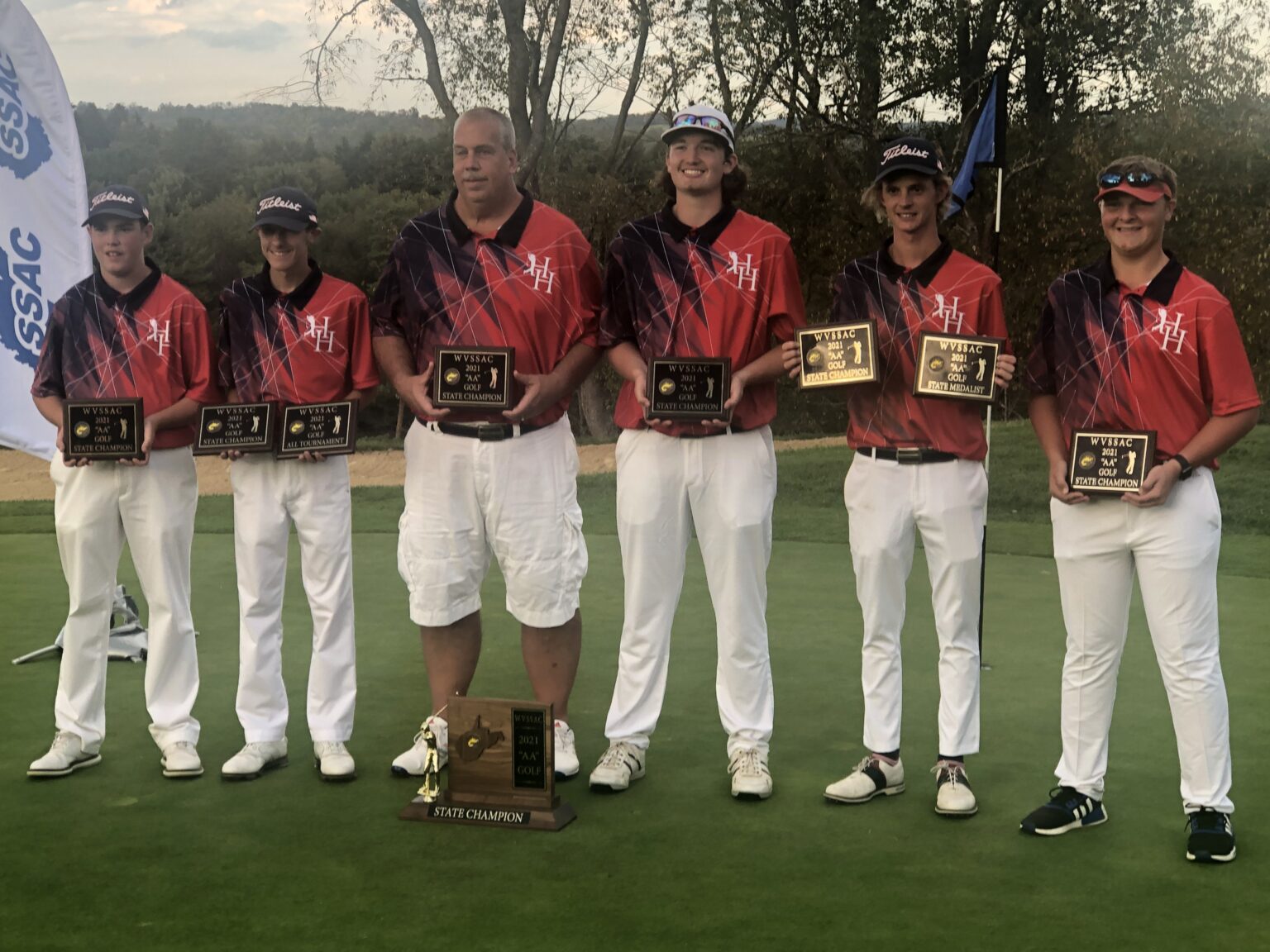 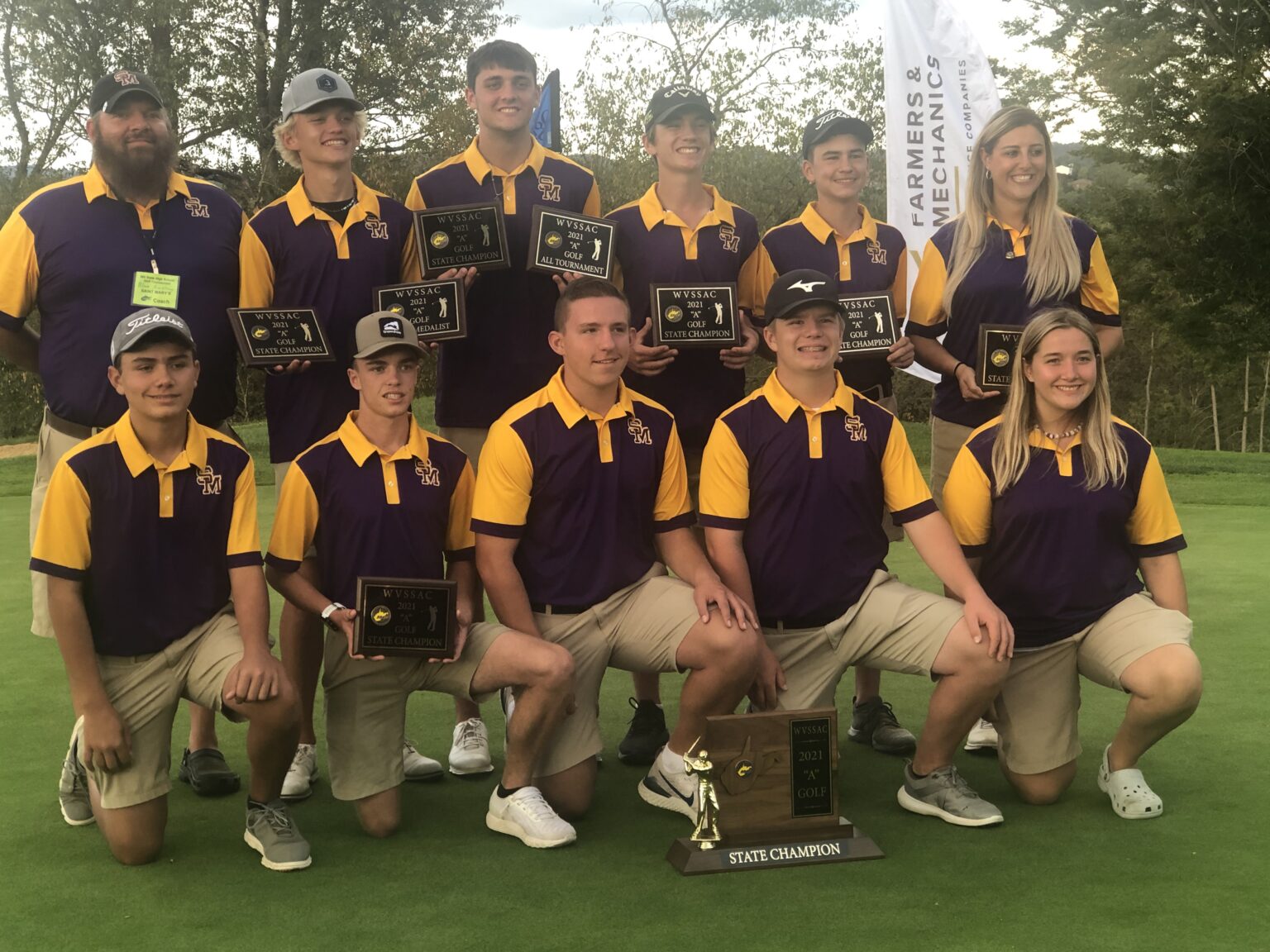 St. Marys won the Class A championship for a third straight year. Photo by Greg Carey/WVMetroNews.com 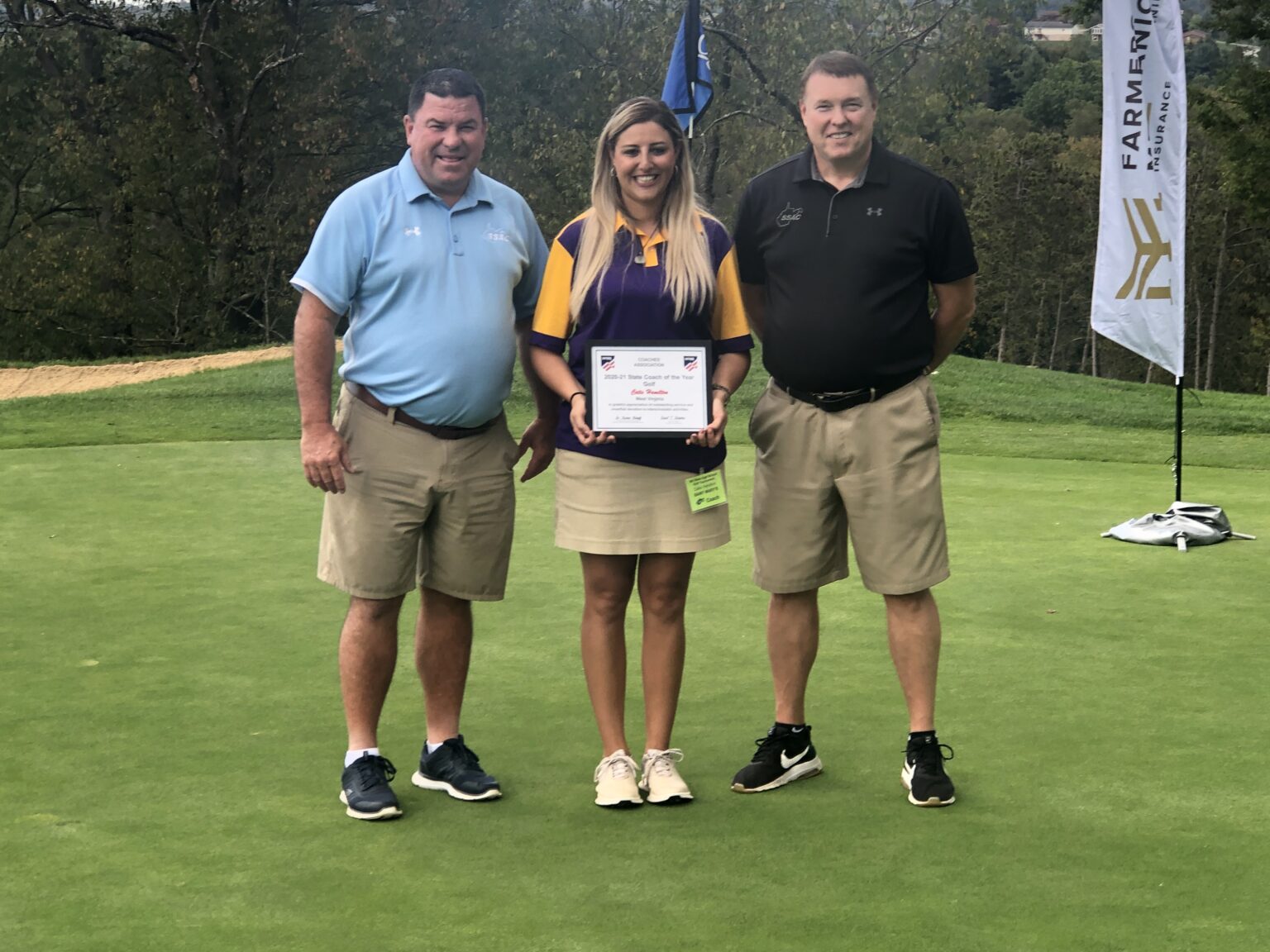 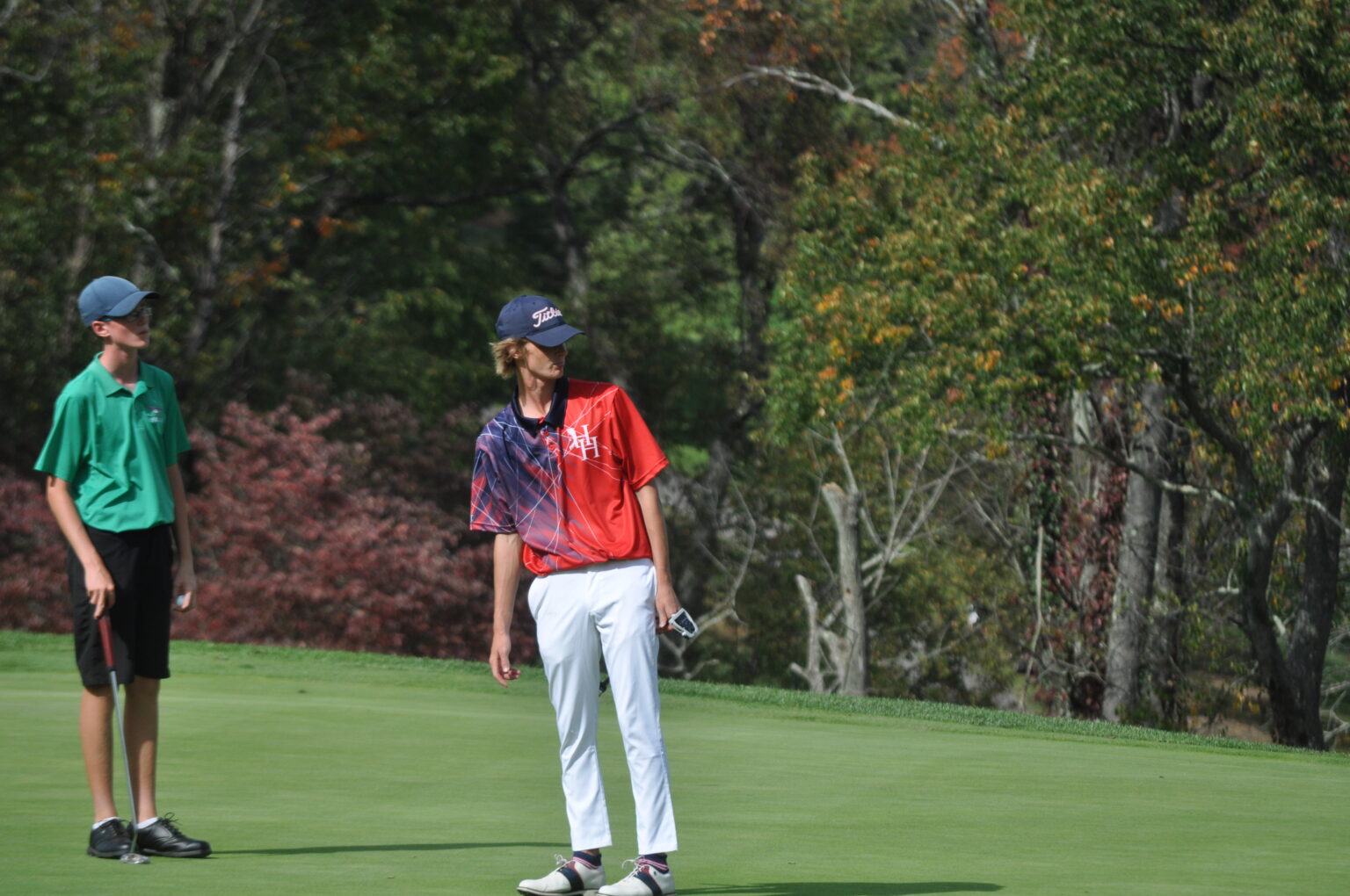 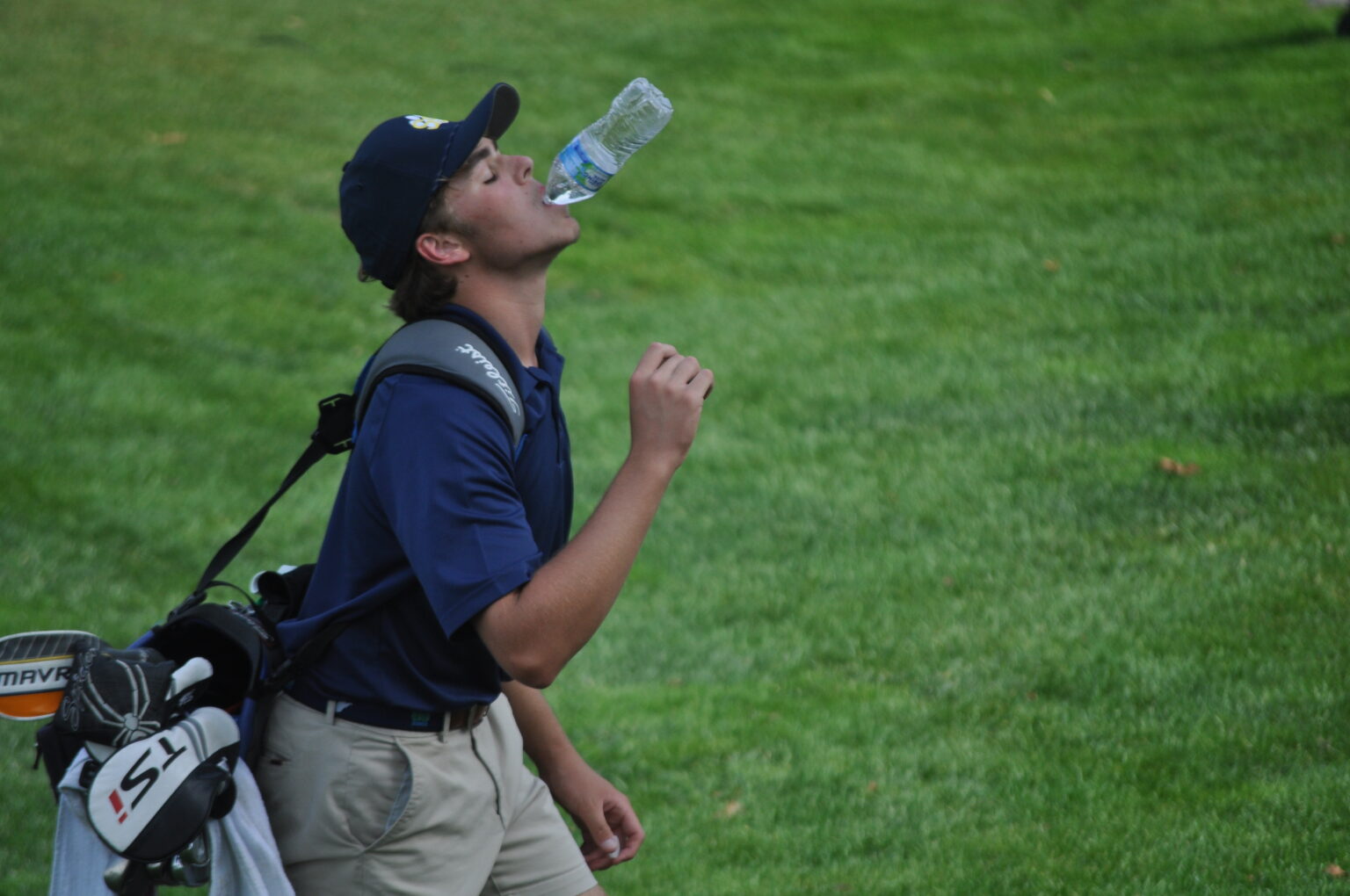 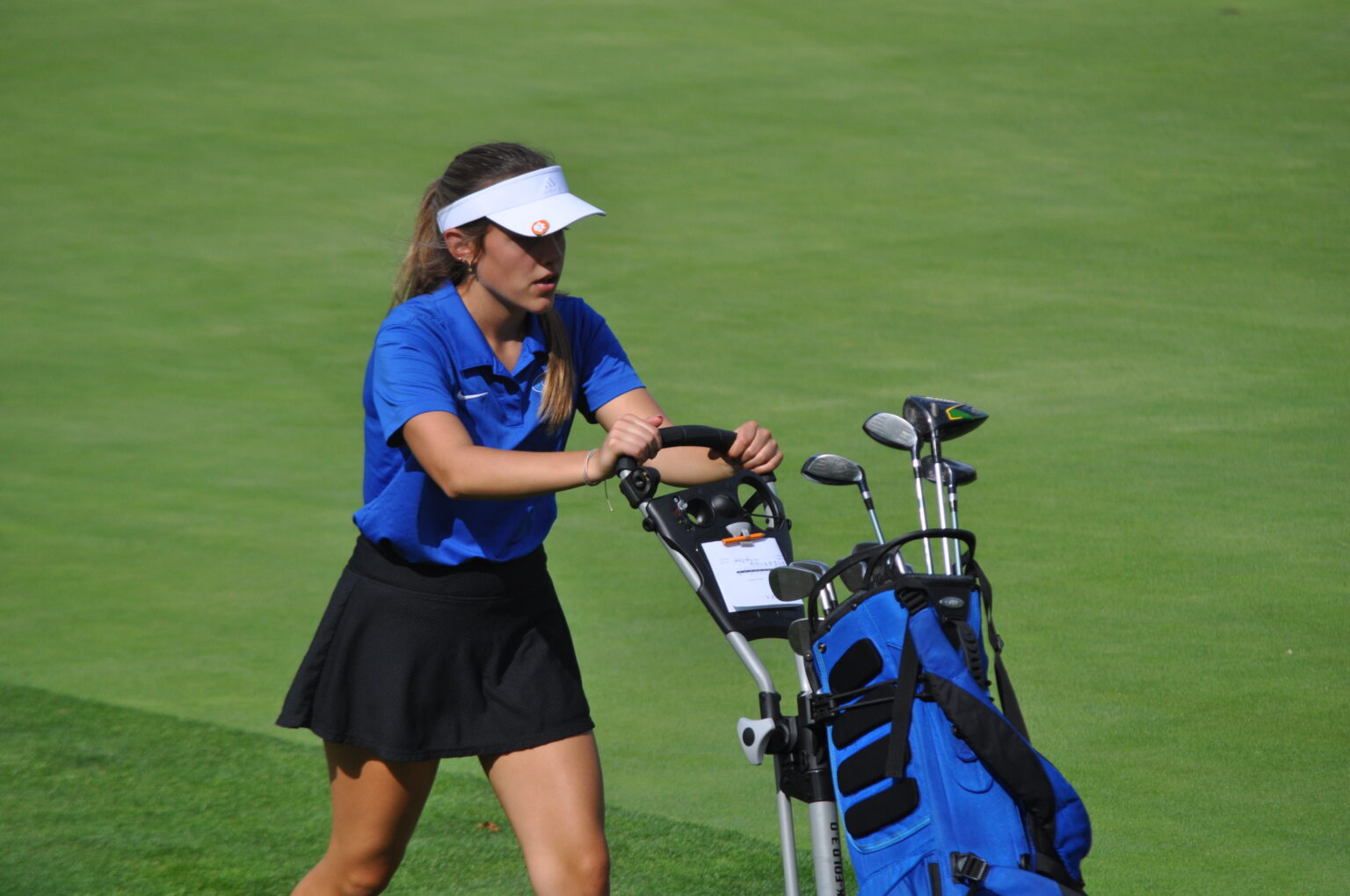 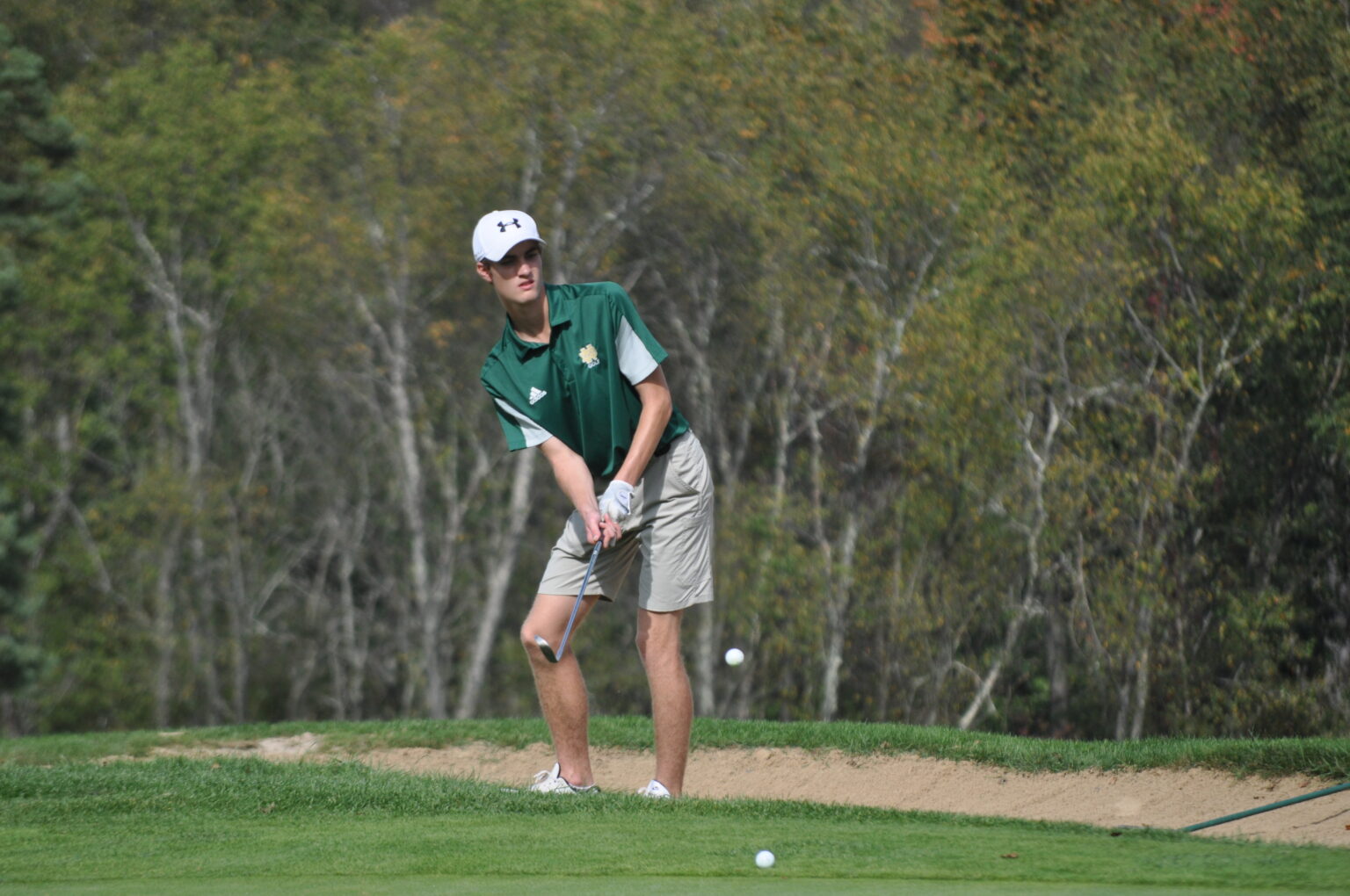 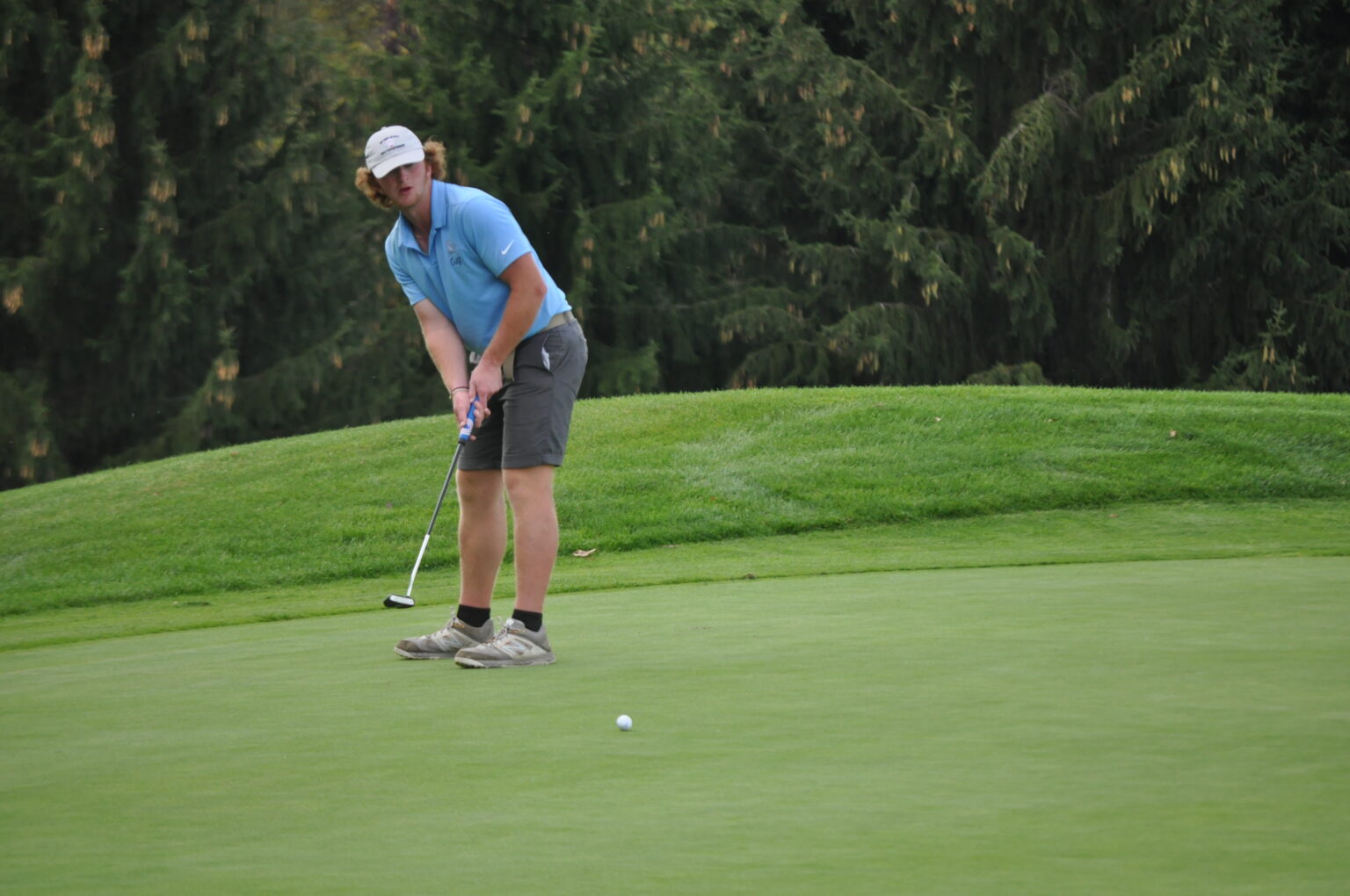 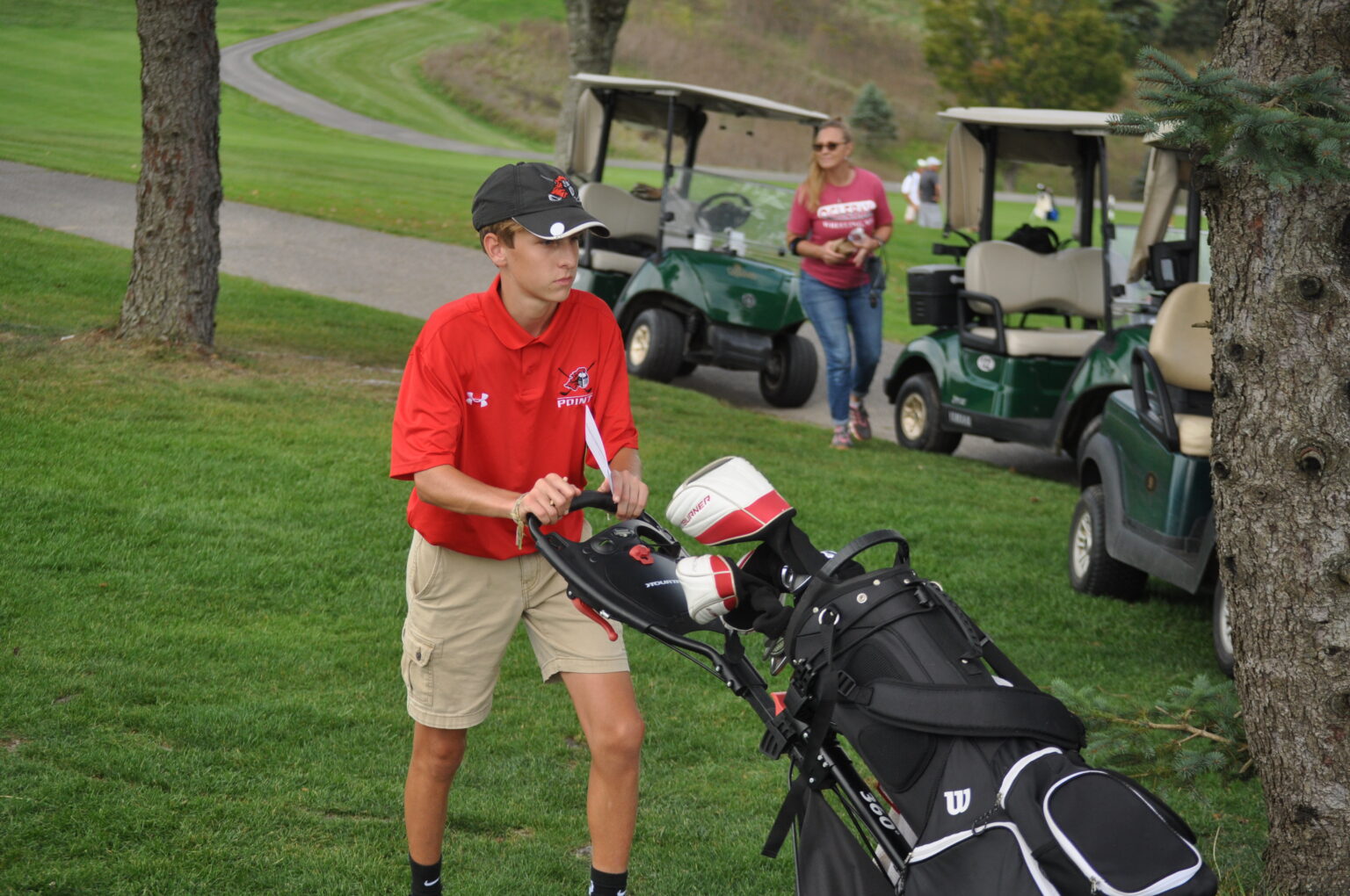 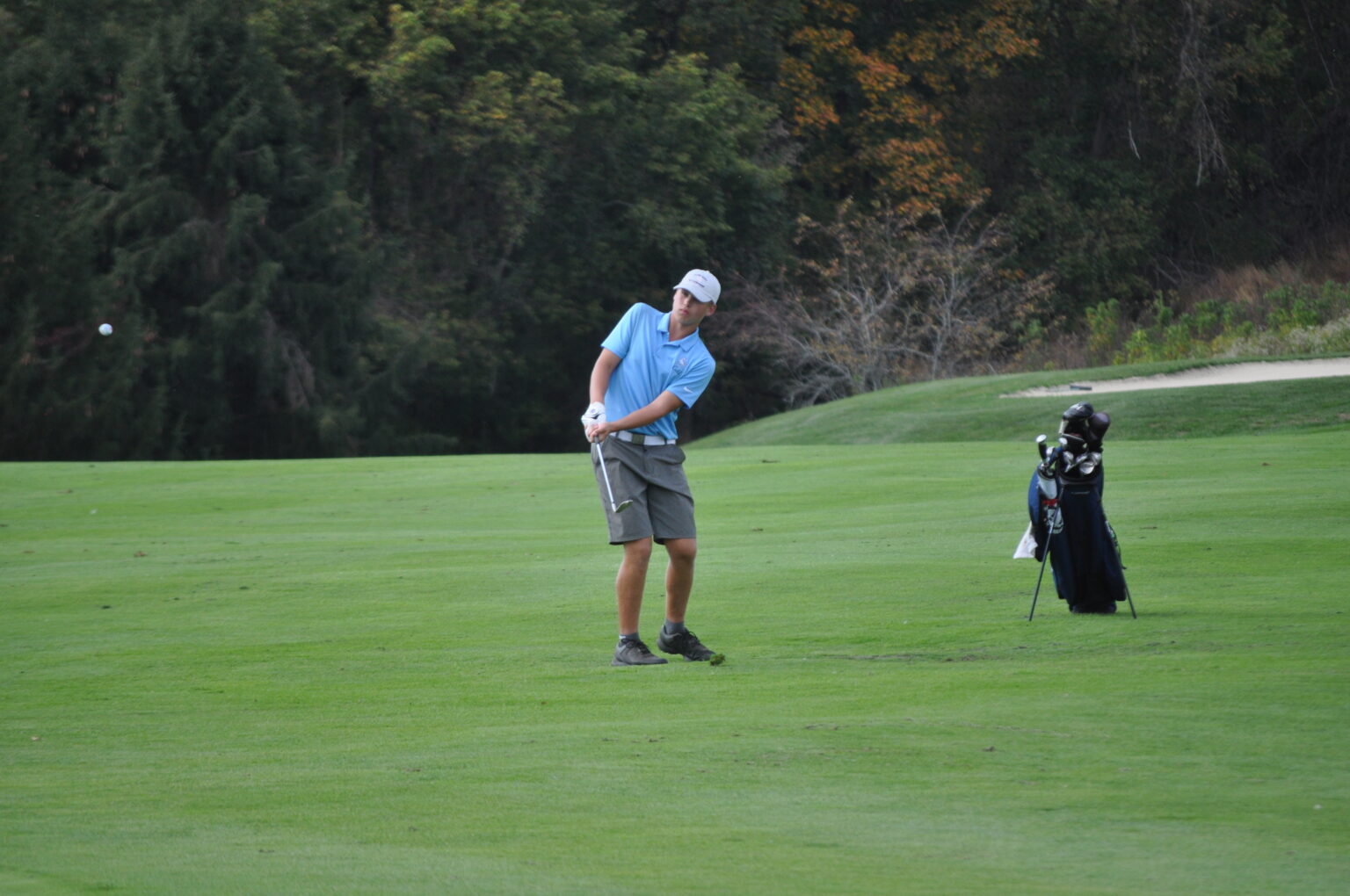 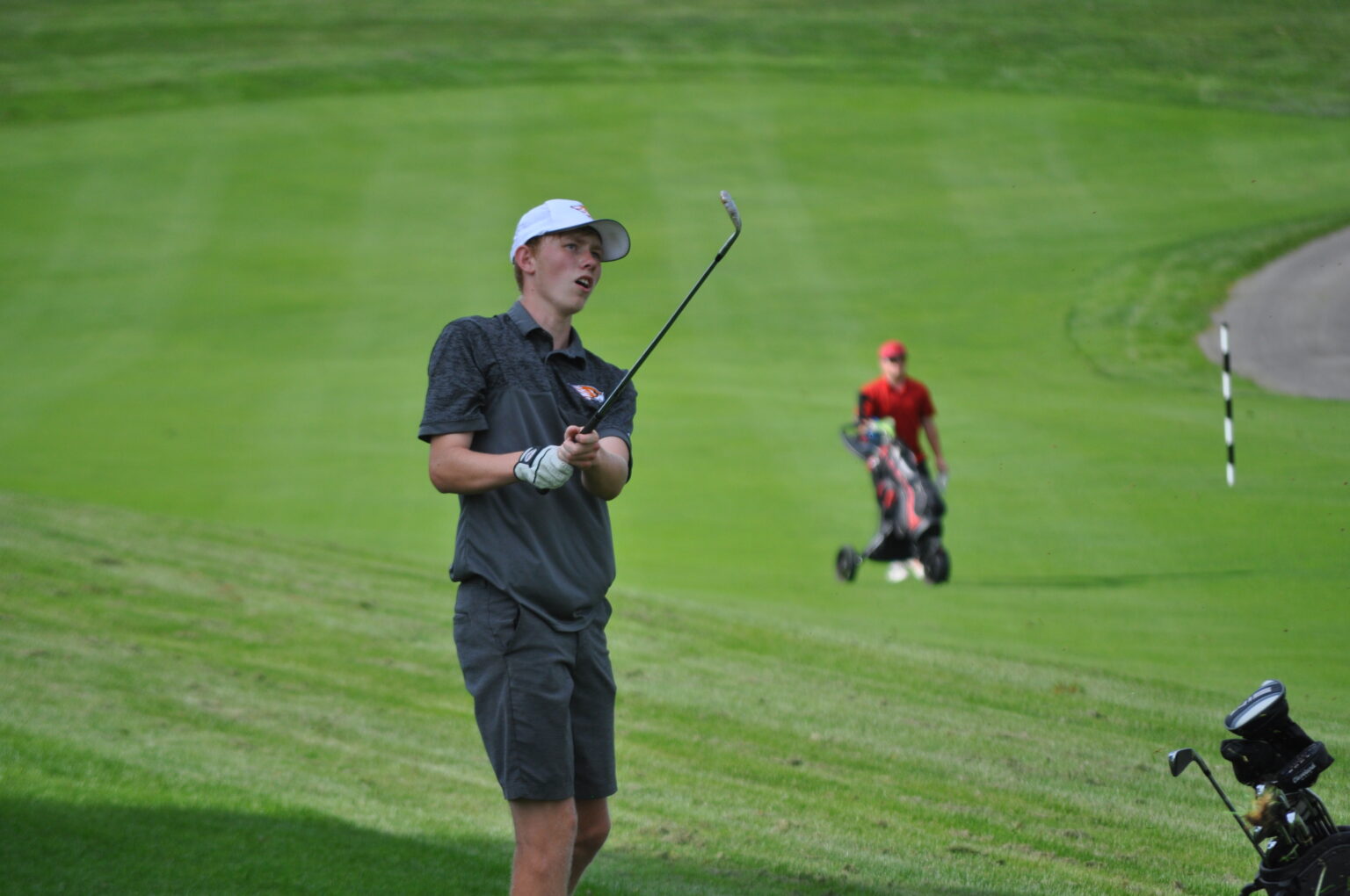 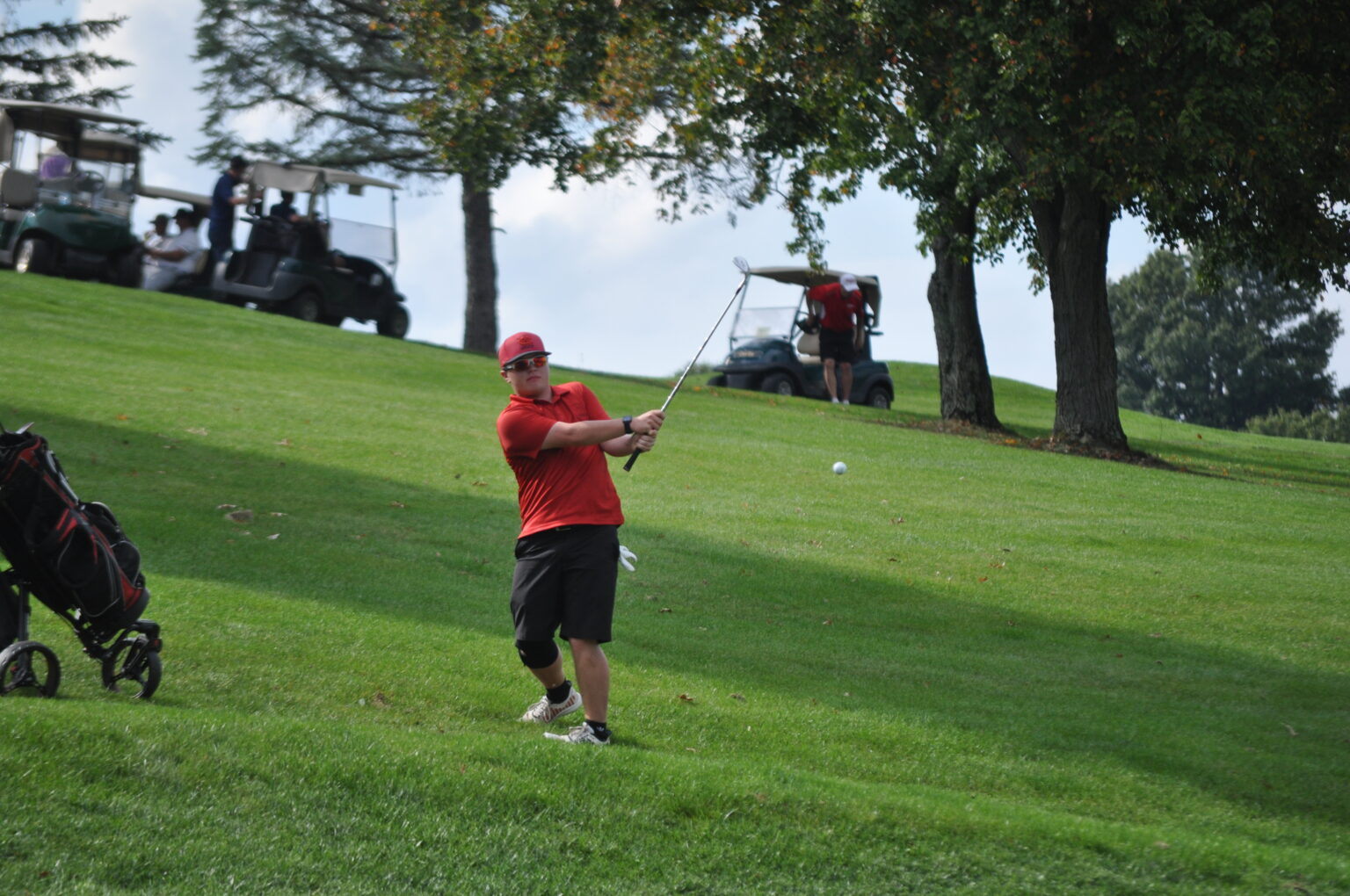 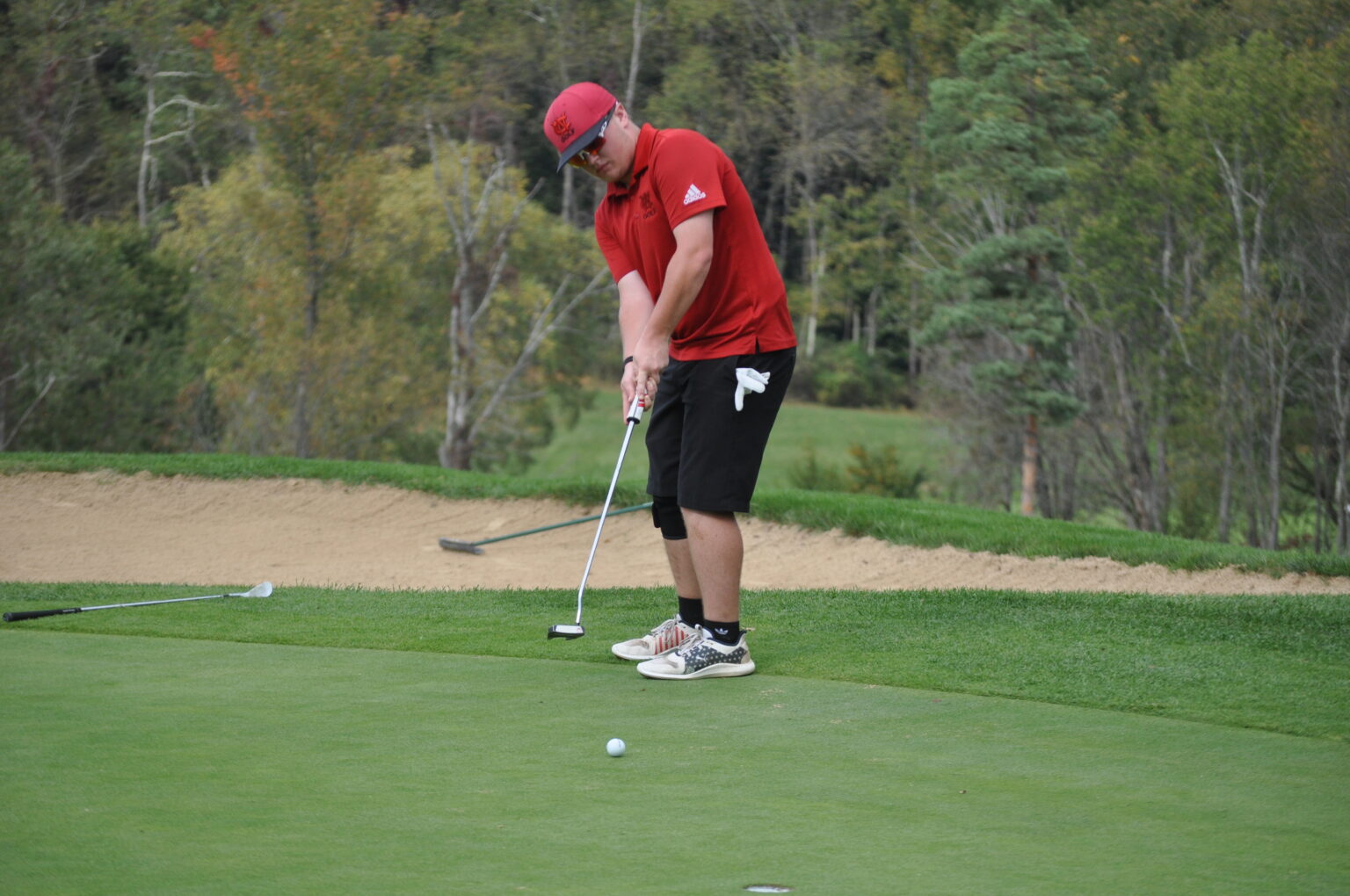 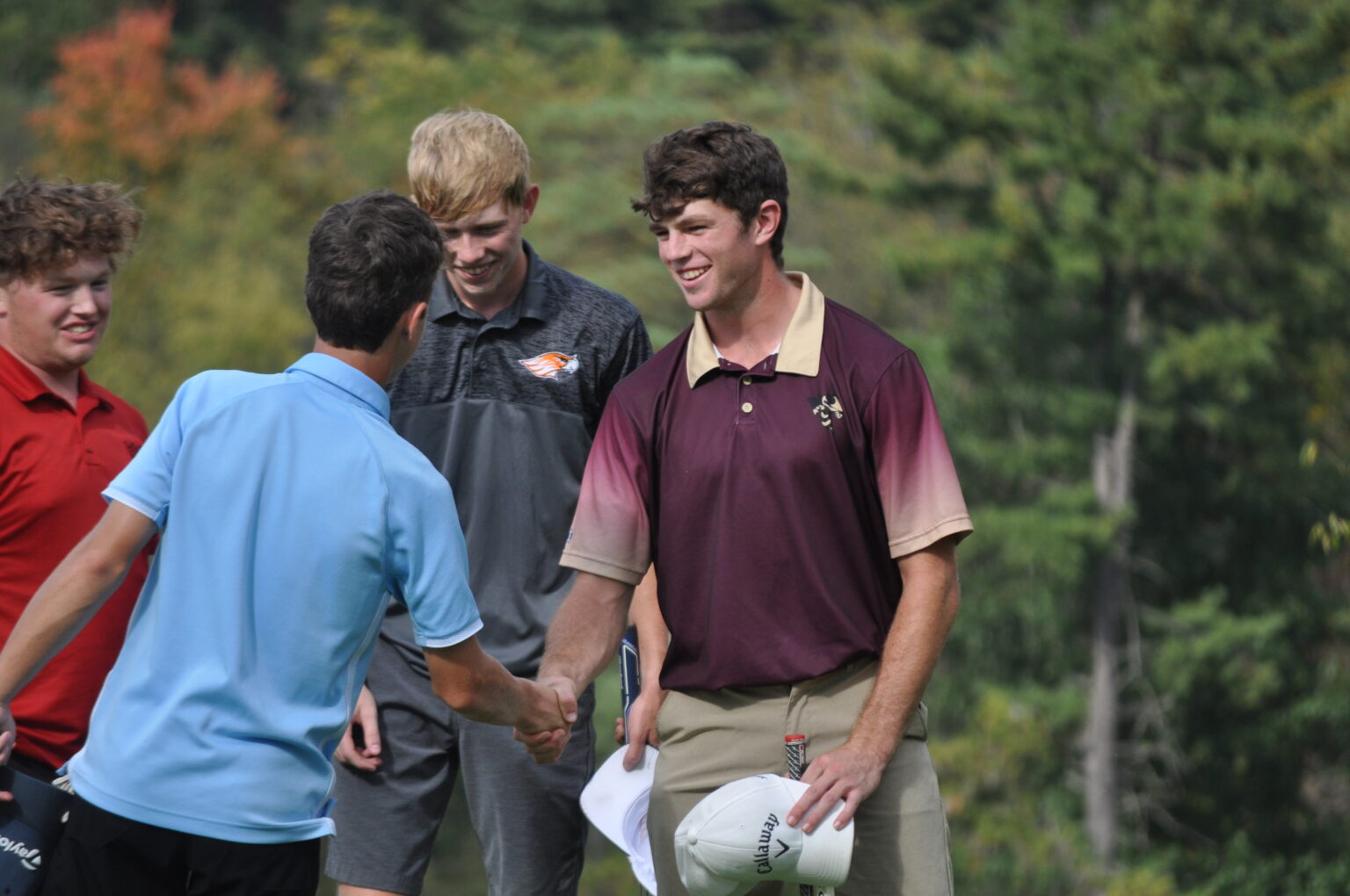 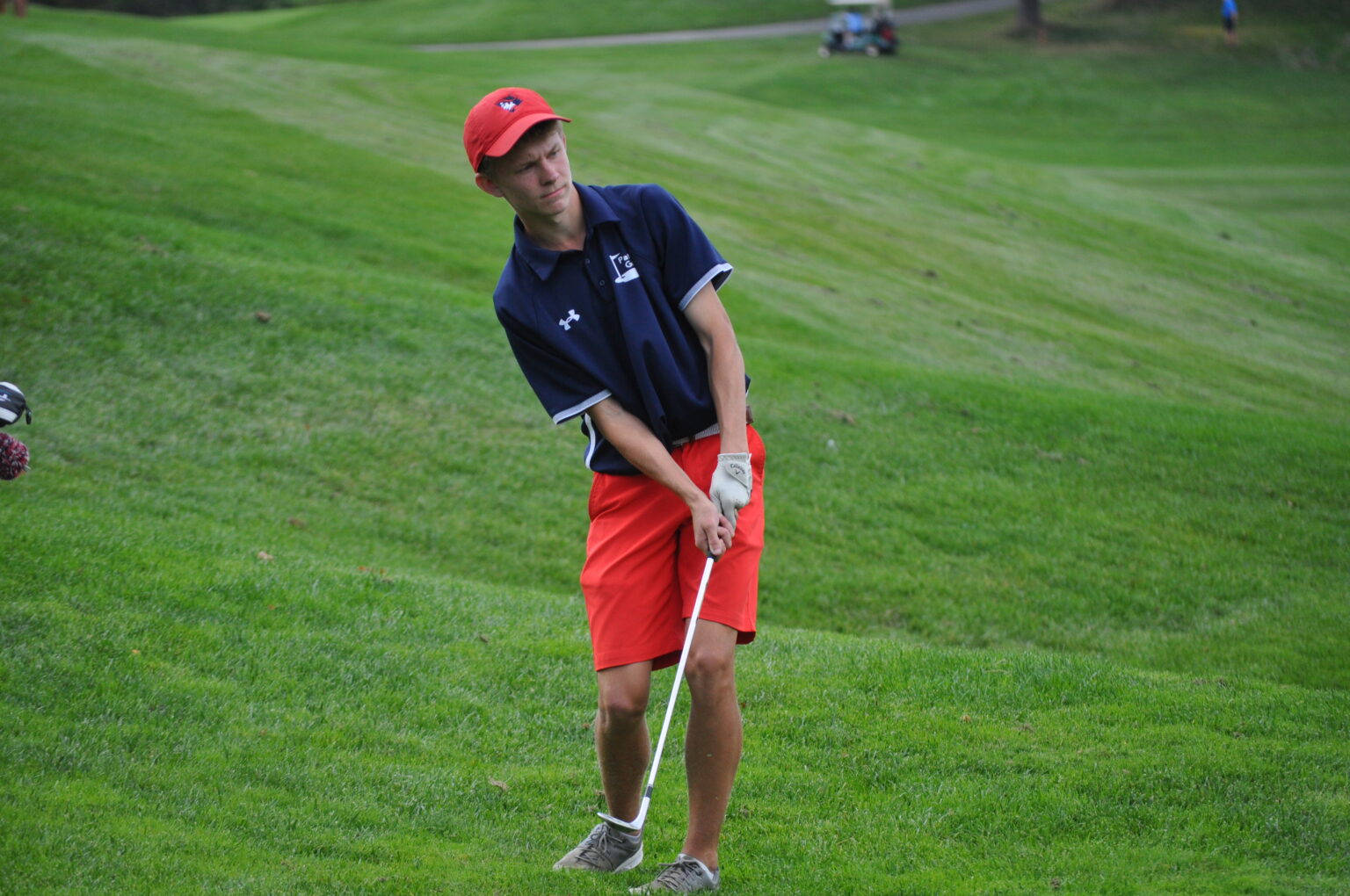 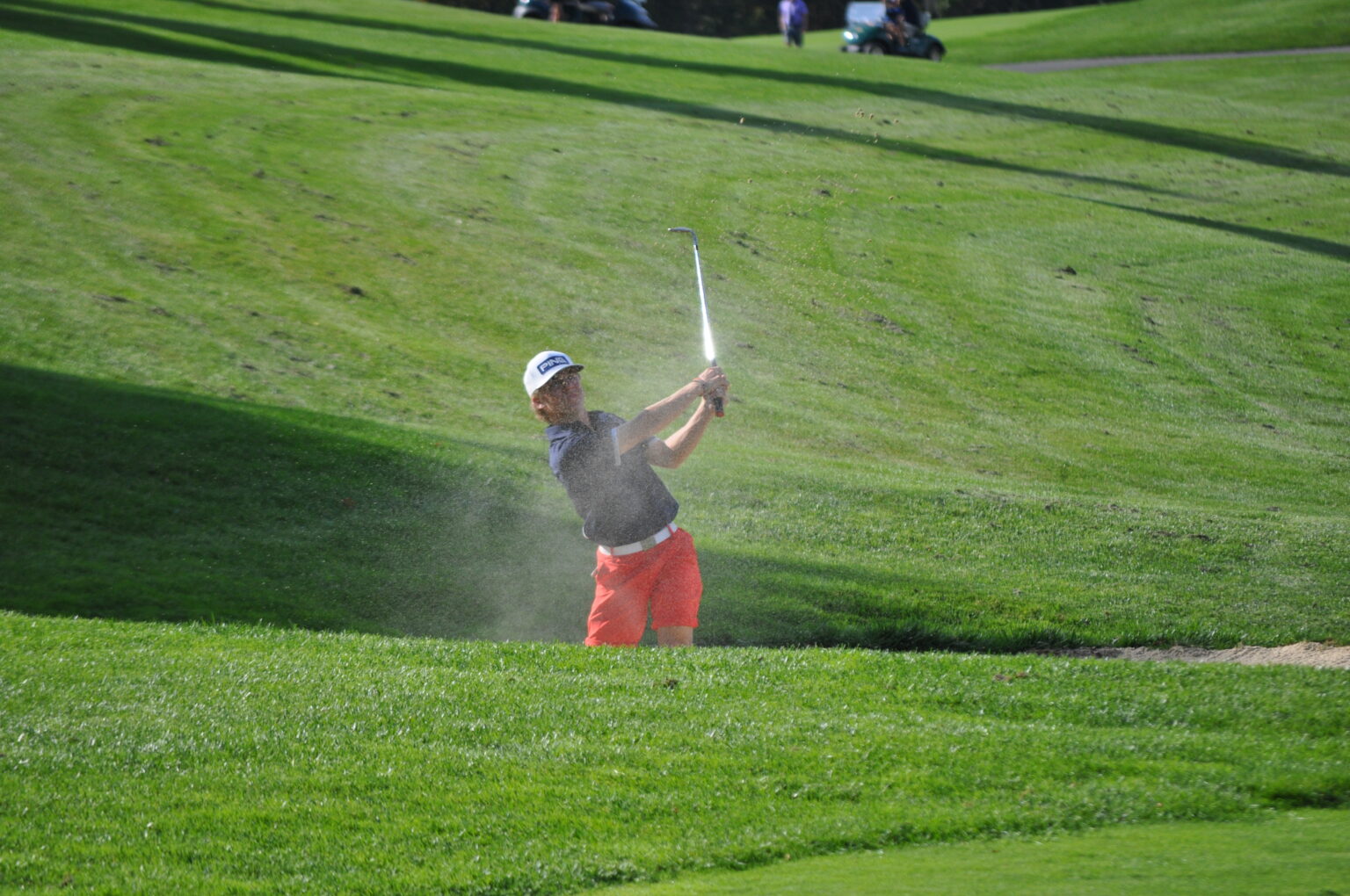 George Washington, Herbert Hoover and St. Marys did that best, and as a result, each of the three won the team title in their respective classification.

Led by a final round 79 from Mario Palumbo and an 80 from teammate Austin Willard, the Patriots captured the Class AAA crown for their fourth time and first since 2018. GW, which got two-day totals of 159 from Willard and 160 from Palumbo, also got consecutive 83s from Anderson Goldman for a team score of 485, eight better than runner-up Cabell Midland and nine in front of Wheeling Park.

“We knew it was going to be close and come down to Cabell Midland, Wheeling Park and you can throw in Hurricane or Woodrow Wilson,” GW coach BJ Calabrese said. “You have to be really resilient on this course. This course is so physically and mentally demanding. It seems like every shot, especially on the back nine, can really be a disaster if you’re not real focused.”

Keyed by a second round 75 and two-round total of 155 from Class AA low medalist Bryson Beaver, Herbert Hoover claimed its first golf championship.

“I haven’t played very well here the last couple years, but to come up here as a team and win and also play well enough to win individually, it’s amazing,” Beaver said.

The Huskies entered Wednesday six shots behind eventual runner-up Winfield, but bettered their team score by 18 shots (258 to 240) to finish with 498 — nine strokes in front of the Generals.

In addition to Beaver’s strong play, the Huskies got rounds of 87-81 from Max Bowen and 91-84 from Sawyer Osbourn.

“They beat us by six the first day, but we could easily turn it around as we did,” Beaver said. “Just wanted to keep our heads up and play the way we know how to play.”

Led by a 160 from Class A low medalist Brandon Lawhon, the Blue Devils won their third straight championship and fourth overall. Lawhon fired an 80 each day, while teammate Grant Barnhart was third in Class A with a 168 (83-85) as the Blue Devils carded a two day 504 to best runner-up Wheeling Central by seven strokes.

While the Blue Devils used an 88 from Brayden Hall on the first day, Lawhon’s younger brother, Preston Lawhon, was the third player to factor into the team scoring Wednesday with an 88.

“This place is so tough and it just brings out the worst in everybody,” Brandon Lawhon said. “But Grant and I provided insight to Brayden and Preston, and luckily we were able to make fewer mistakes than everybody else. Not necessarily play better, but just make fewer mistakes and that’s how you win it up here.”

Woodrow Wilson’s Zan Hill edged Cabell Midland’s Cameron Jarvis for Class AAA low medalist and had the best score of any player in the tournament with a 154, including a second-round 75.

Jarvis carded a 78 and 77, while Wheeling Park’s Gavin Goodrich had the low round of the tournament Wednesday with a 74 to finish fourth in AAA, one shot behind Oak Hill’s Jack Hayes (79-78).

“We talked about a one-shot mentality and no matter what happened the previous shot, we had to put it out of our mind and just focus on the next one,” Calabrese said. “The kids have really worked hard. They’ve come up here on their own with parents and gotten in practice. Their work ethic in the summer is incredibe. It paid off for them and I’m super glad.”

Shady Spring’s Tanner Vest was Class AA runner-up with rounds of 79 and 80.

Wheeling Central’s Justin Doerr was second to Lawhon in Class A with a 163.

High School Sports
Super Six notebook: Huntington's maturity on display throughout season; Polar Bears' schedule prepared them for playoffs
Martinsburg standout Hudson Clement says it was important for the Bulldogs to eliminate Spring Valley during their playoff run.
By Greg Carey
High School Sports
Independence looks to halt Fairmont Senior's long road to the Class AA title
The Patriots and the Polar Bears are meeting in the playoffs for the second consecutive season.
By Joe Brocato
High School Sports
No. 1 vs. No. 2: Huntington and Martinsburg play for the Class AAA title Saturday
The Bulldogs are seeking their ninth state championship since 2010.
By Joe Brocato
High School Sports
Setting the stage for Saturday's Class A title game
The Little Kanawha Conference squads will put a wrap on the Super Six Saturday night.
By Joe Brocato
View AllHoppy's Commentary