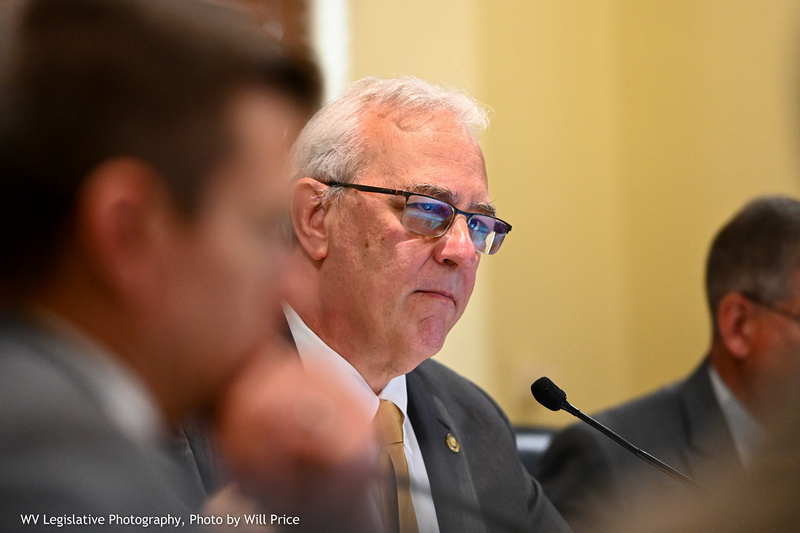 A Senate redistricting committee won’t be making any hard-and-fast decisions until the full Legislature returns next week.

“My believe is, with a committee of nine persons, we’re going to have to wait until we’ve got everybody here,” said Senator Charles Trump, chairman of the Senate Redistricting Committee.

“I’m worried that without having the whole Senate to look at this, we’re not going to have a fair idea of what’s approvable by the whole body.”

Gov. Jim Justice has said he will call the full Legislature into a special session to focus on redistricting, starting Monday.

“It’s not the chair’s intention to seek a recommendation today for anything,” said Trump, R-Morgan.

Senators who gathered Friday afternoon spent much of their time comparing the population deviation and geographic compactness of different congressional maps.

“We’ve seen lots and lots of maps,” Trump said, anticipating more comments from the public and from lawmakers. “We get more and more every day it seems.”

Trump said the Senate’s redistricting committee discussion is valuable but that, procedurally, there is no one to give recommendations until the full Legislature is in session.

“We don’t really have anybody to report to,” he said. “For anyone chomping at the bit to select a map, it’s probably a little frustrating.”

But on Monday, he said, lawmakers will “take the temperature of the Senate as a whole.