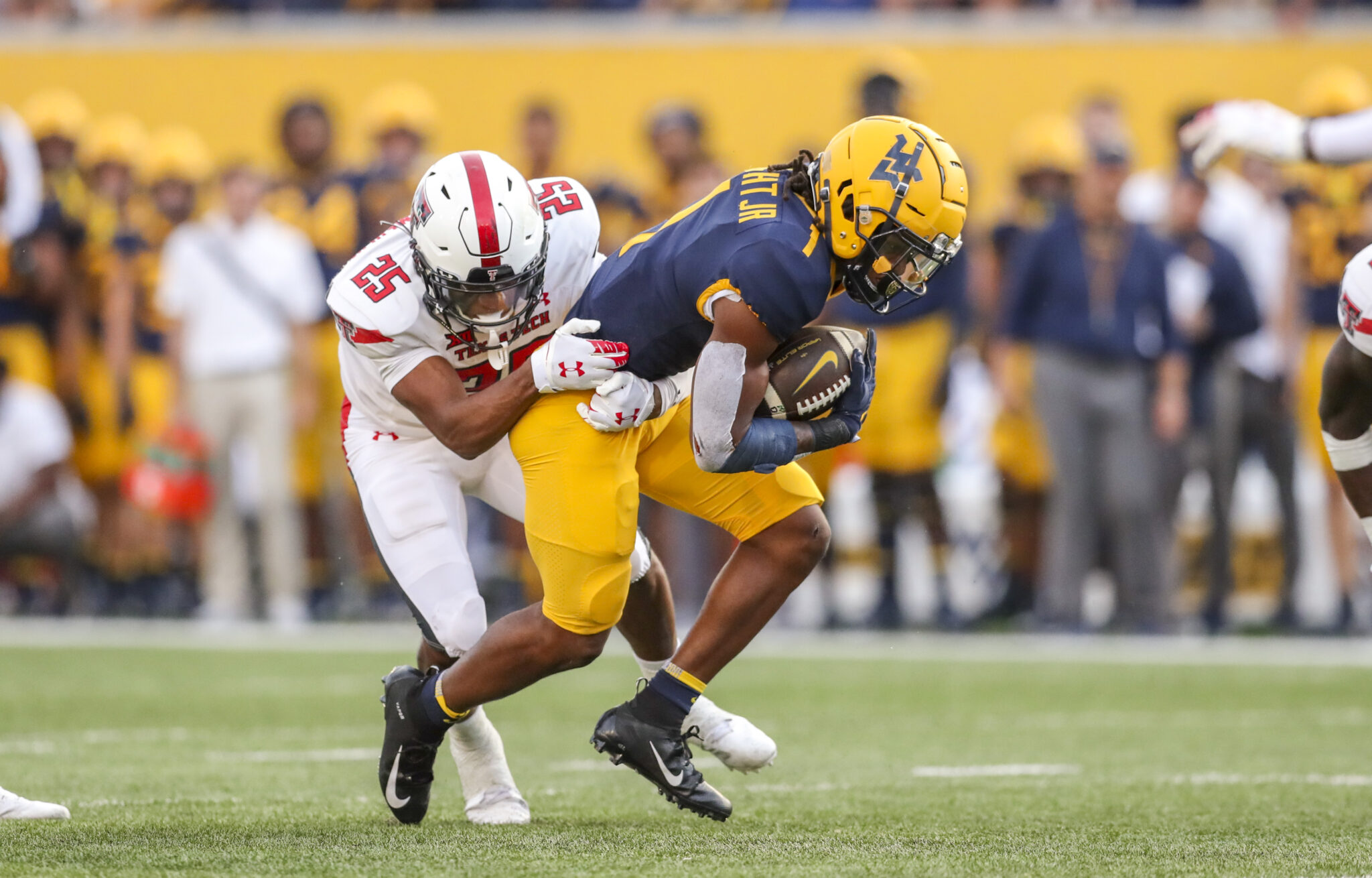 To right the ship and perhaps save its 2021 season, West Virginia will need to do something it hasn’t accomplished since November 2019 and win on the road.

The challenge awaiting the Mountaineers in their noon kickoff Saturday is Baylor, with the contest at McLane Stadium airing on Fox Sports 1.

West Virginia (2-3, 0-2) has dropped six straight on the road, having lost all four of its road contests in 2020 and each of its first two this season. The Mountaineers enter on a two-game skid after last week’s rally fell short in a 23-20 home loss to Texas Tech, and a loss to the Bears would leave WVU 0-3 in conference play for the second time since 2001.

“We’re a 2-3 football team because we lack consistency,” third-year WVU head coach Neal Brown said. “That’s been pretty clear. At times in every game this season, we’ve played really good football in all three phases. You can go back and look at different times where we’ve played well, but we have not put a whole game together.”

Oddsmakers suggest a close, low-scoring game could be in store, and have the Bears (4-1, 1-1) favored by less than a field goal. That would hardly be different from much of what West Virginia has played in to this point, with the Mountaineers having three losses by a total of 12 points, including consecutive setbacks on a late field goal.

Turnover margin should play a pivotal role and is something West Virginia has struggled with through five games. The Mountaineers have forced only four turnovers, which like their minus-1 turnover margin, ranks outside the top 100 among FBS teams.

Baylor, meanwhile, has intercepted seven passes among its 10 turnovers forced and is one of five FBS teams yet to throw an interception.

“On the passes they do throw, they’re high percentage type of throws for them,” WVU defensive coordinator Jordan Lesley said. “If you get a little greedy and try to take that away, that’s when they throw it 70 yards over your head. Not a lot of those opportunities and we have to be really good at the point of contact in the run game to be able to do that, and then trying to get after the quarterback when we do have opportunities in the pocket and trying to affect the ball.”

The Bears rely heavily on running backs Abram Smith and Tristan Ebner, while quarterback Gerry Bohanon is also a threat on the ground and has done a good job ensuring his team doesn’t turn it over often.

“I credit him, because he’s taking care of the football and playing within himself,” Brown said. “He’s a good runner, too, and they’ve started to use him in that role the last two weeks.”

Baylor will be out to establish its run game against a West Virginia defense limiting opposing teams to an average of 88.4 yards on the ground, good for 12th best nationally.

The Mountaineers’ defensive line, led by Akheem Mesidor, Dante Stills and Taijh Alston, has been a handful.

But strong defensive efforts haven’t equaled victories for West Virginia, which has allowed only 39 points in its two Big 12 losses.

The Mountaineers managed only 33 points against Oklahoma and the Red Raiders, and have 84 points in four meetings with Power 5 teams this season.

“Offensively, I know that there’s been some challenging games, but they have the pieces and they’re looking to get everything kind of clicking,” Aranda said. “We want them to wait another week for that to happen.”

While West Virginia upended Baylor 27-21 in double overtime last season, the Mountaineers have 14 regulation points in both of Brown’s meetings with the Bears.

Quarterback Jarret Doege is coming off perhaps his best half of the season during the final two quarters in the loss to the Red Raiders. With WVU trailing 17-0 at the break, Doege threw for 276 second-half yards.

The Mountaineers are looking to develop more consistency in their run game as Leddie Brown has been held in check more often than not.

Brown’s had little difficulty finding the end zone and has six rushing touchdowns and seven total scores, but with 378 rushing yards on 83 carries, he hasn’t done damage to opposing defenses the way the Mountaineers hoped.

“Everything you do is based on what your offensive line and quarterbacks are capable of doing,” Neal Brown said. “You have to put them in really good positions. Schematically, everything we’re doing is sound. If you ask me, what’s a well coached unit look like or a unit that’s prepared going into a game? You’re not asking players to do something they can’t do. We feel confident in all three phases that we’re not asking our players to execute something they can’t do.”

The Bears’ defense is keyed by safety Jalen Pitre and linebacker Terrel Bernard, who missed last week’s loss at Oklahoma State but is expected to play against WVU.

“If you’re not playing against them, they’re fun to watch and worth the price of admission,” Neal Brown said. “They play the game the way it’s supposed to be played at all times. They played really well against us last year. They have a lot of team speed defensively.”

In four of the last five meetings and five of the nine overall between West Virginia and Baylor, the final margin has been seven or fewer points.

Brown has discussed at length the need for his team to rise to the occasion and find a way to win close games, something it managed to do three weeks ago against Virginia Tech, but not in its three losses.

“In our league,” Brown said, “these games are going to come down to the fourth quarter. We’ve been tied or ahead in the fourth quarter of our three losses and didn’t get it done. We have to get those things fixed.”