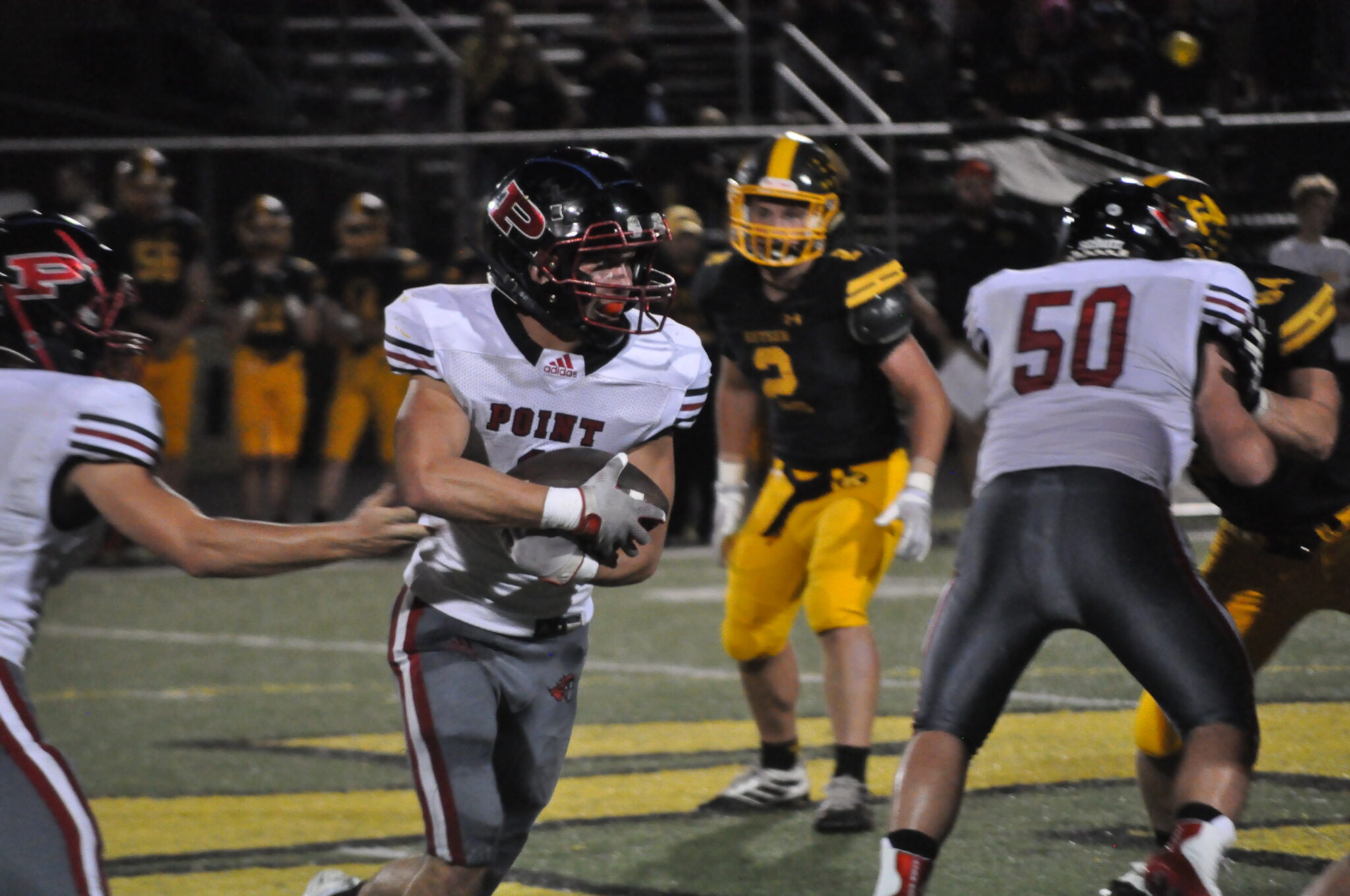 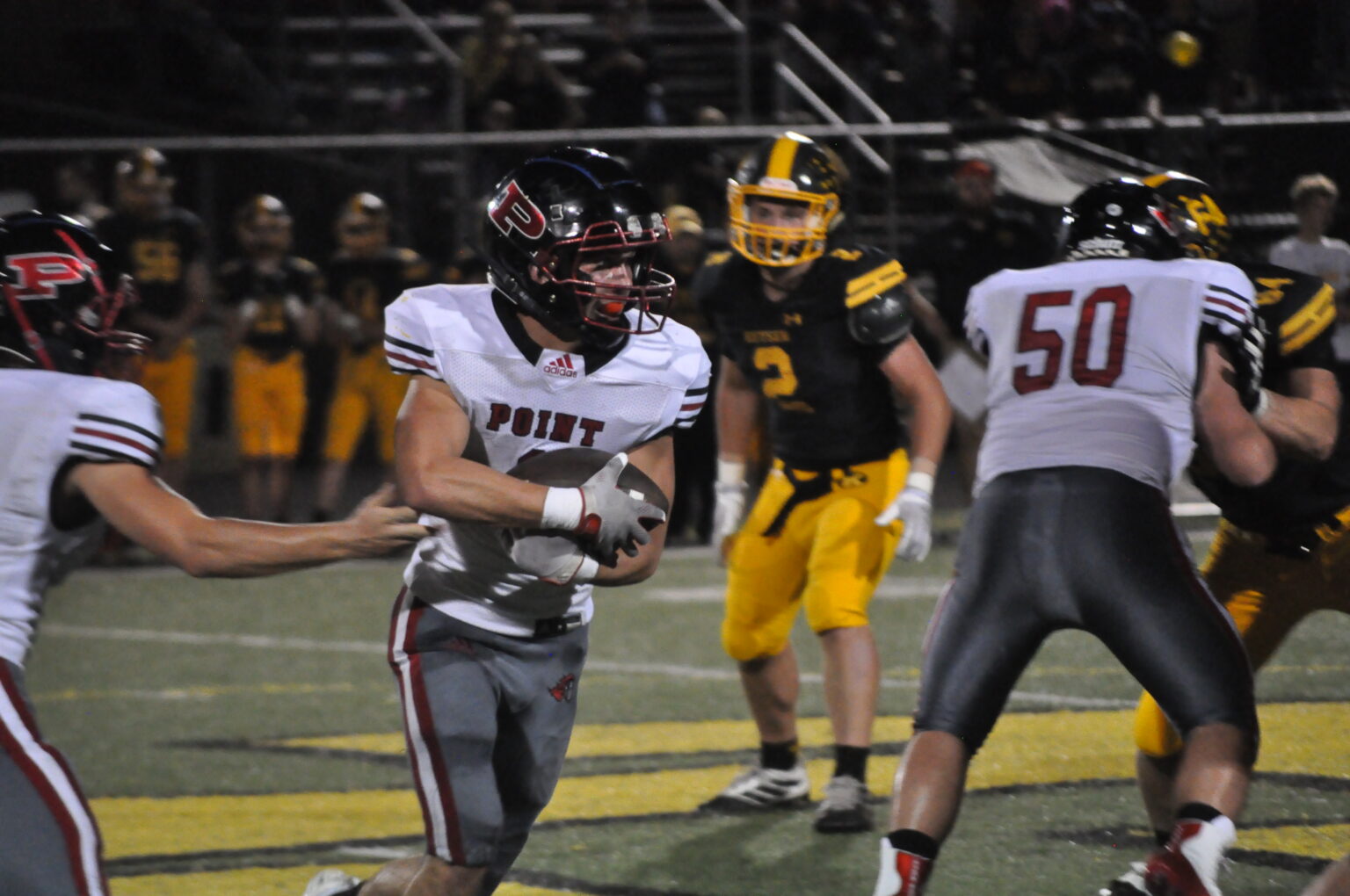 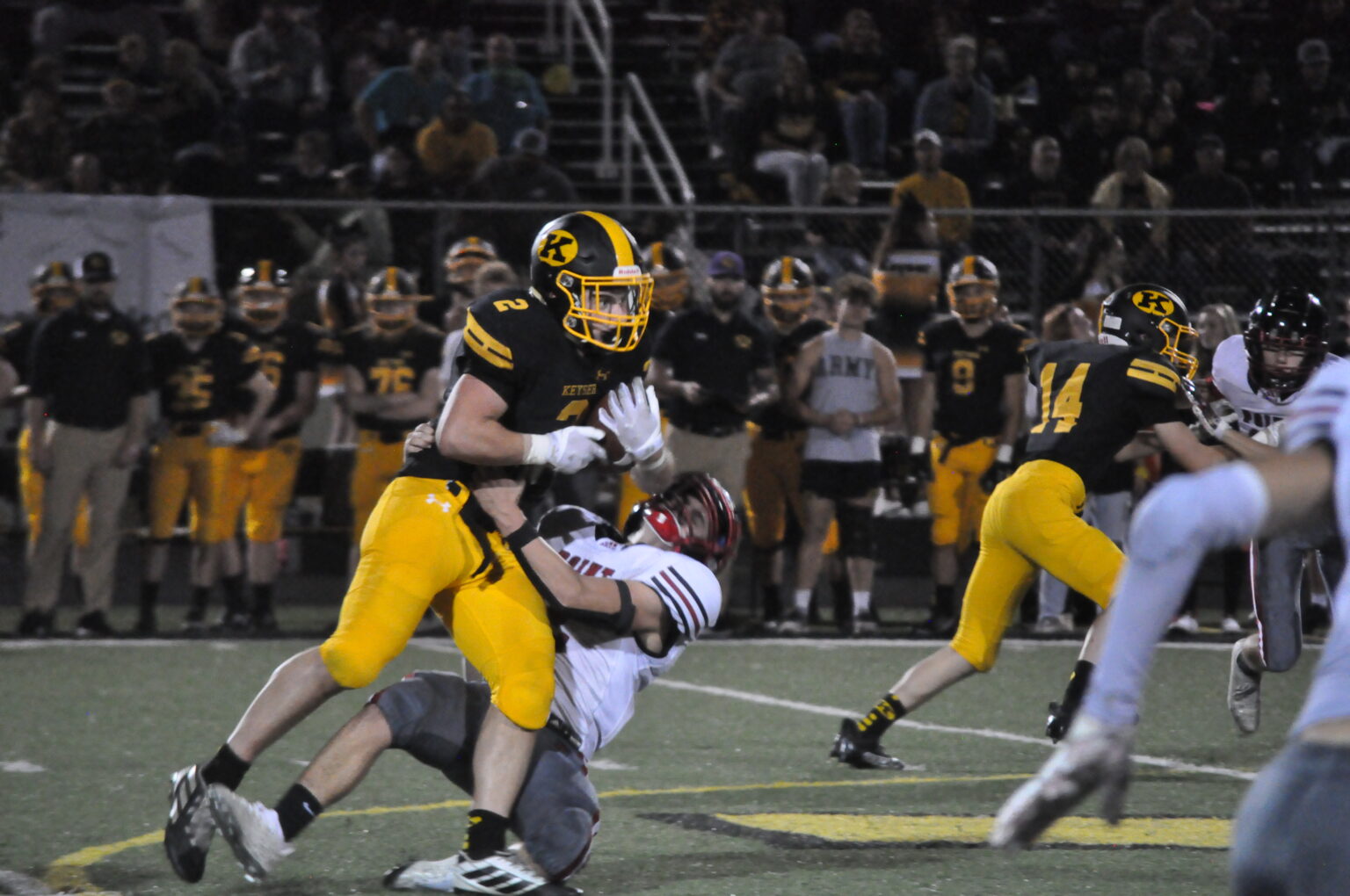 Benny Oates is brought down. Photo by Greg Carey/WVMetroNews.com 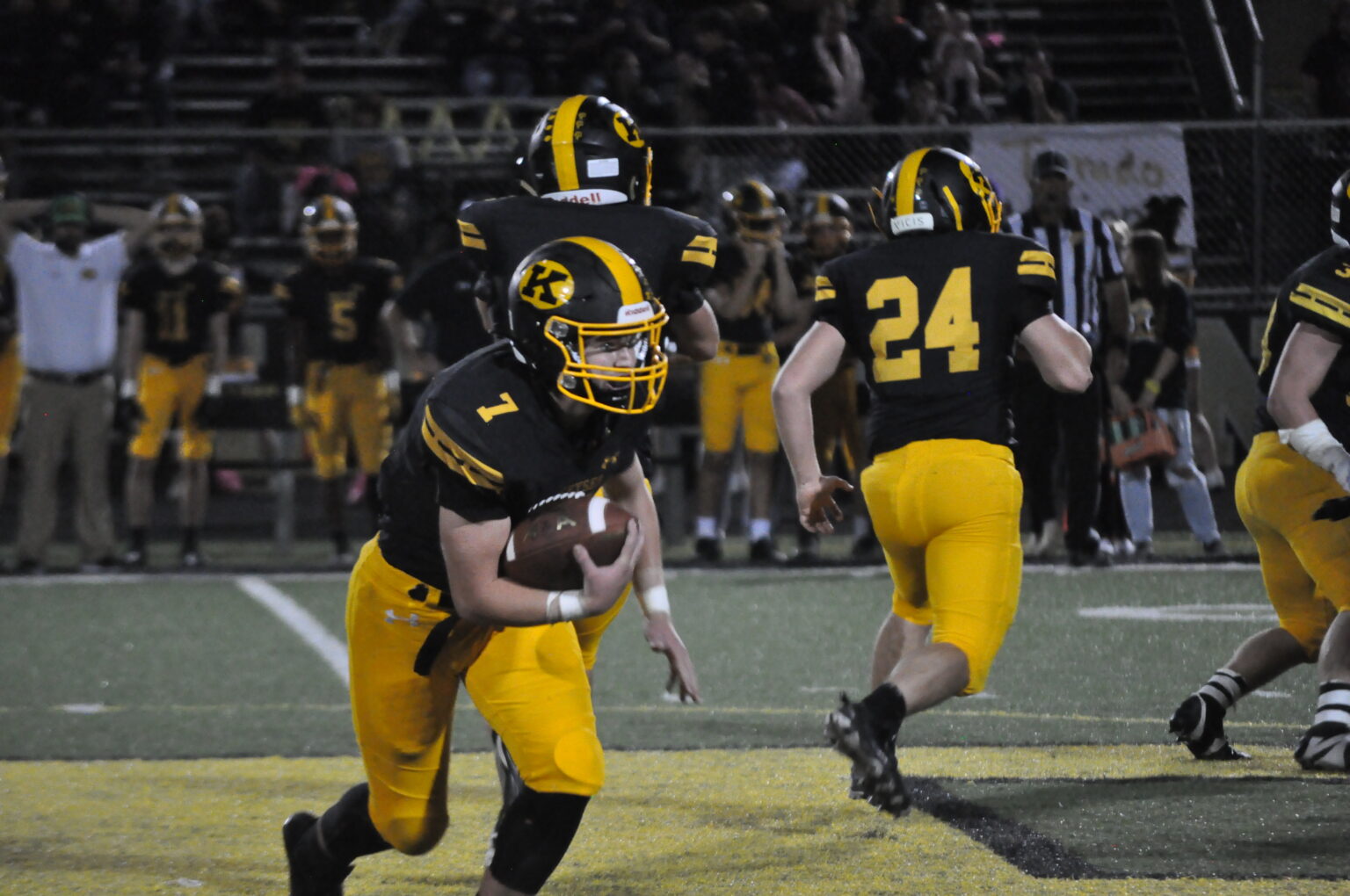 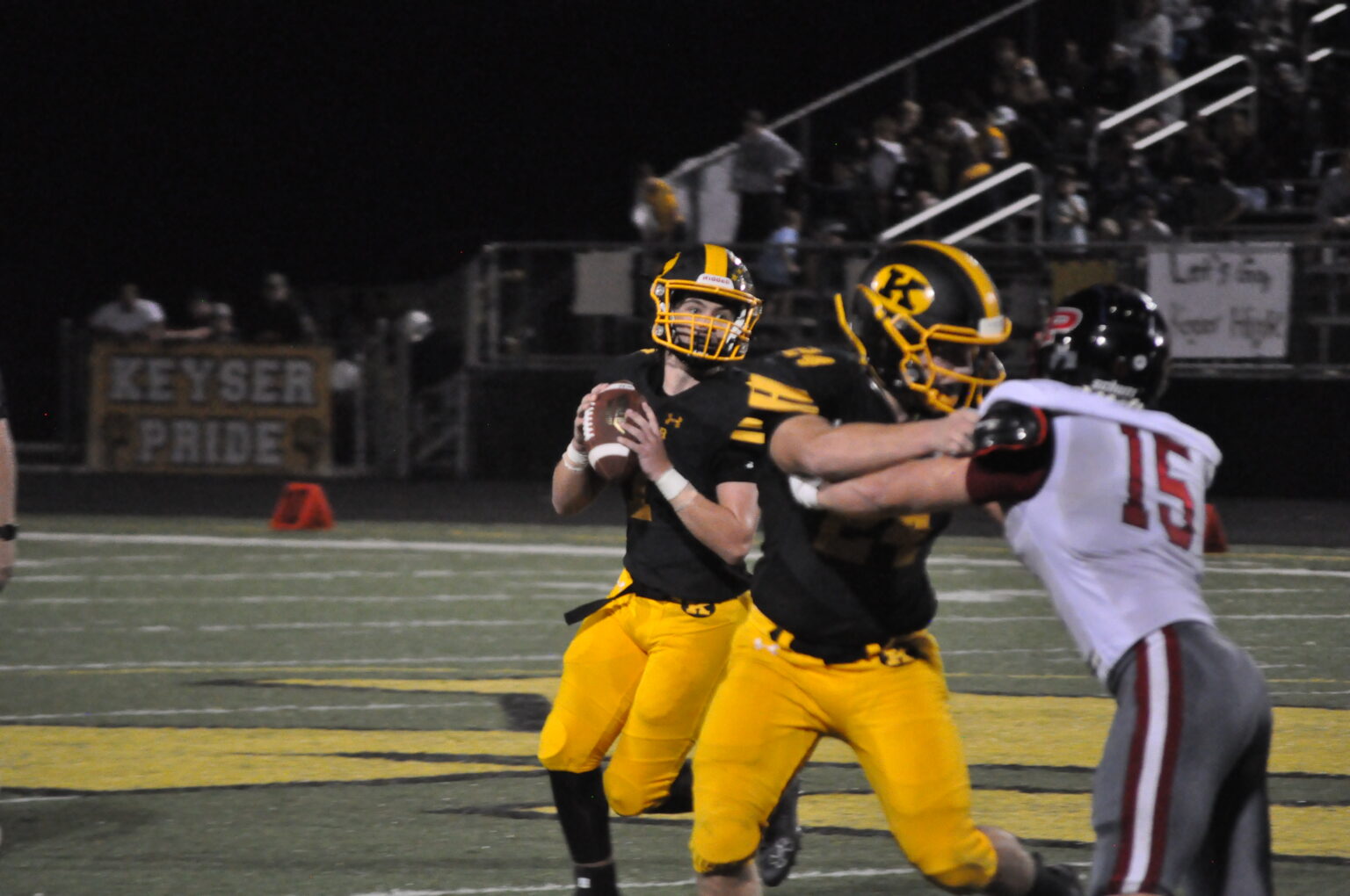 Seth Healy looks for a receiver. Photo by Greg Carey/WVMetroNews.com 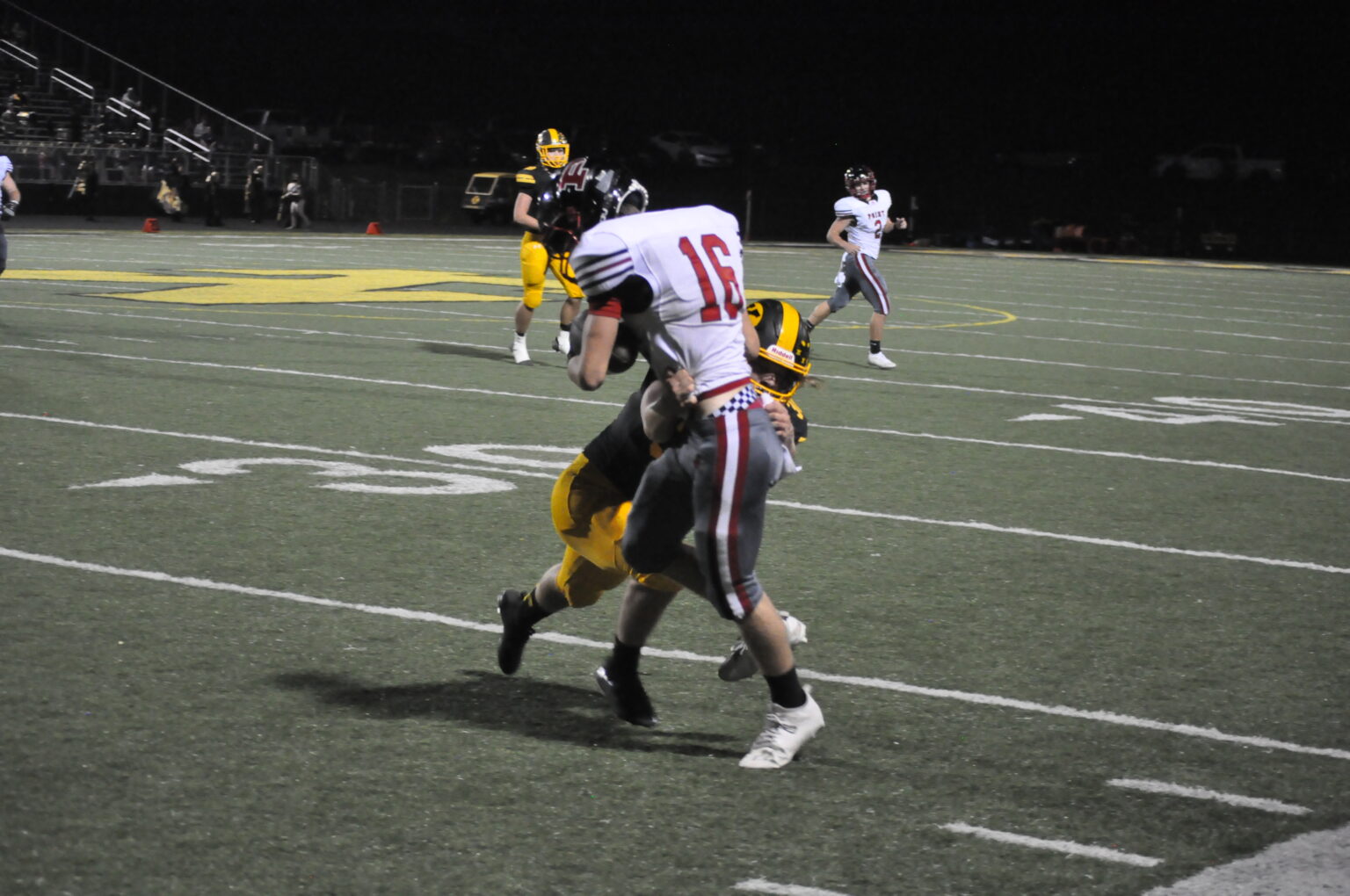 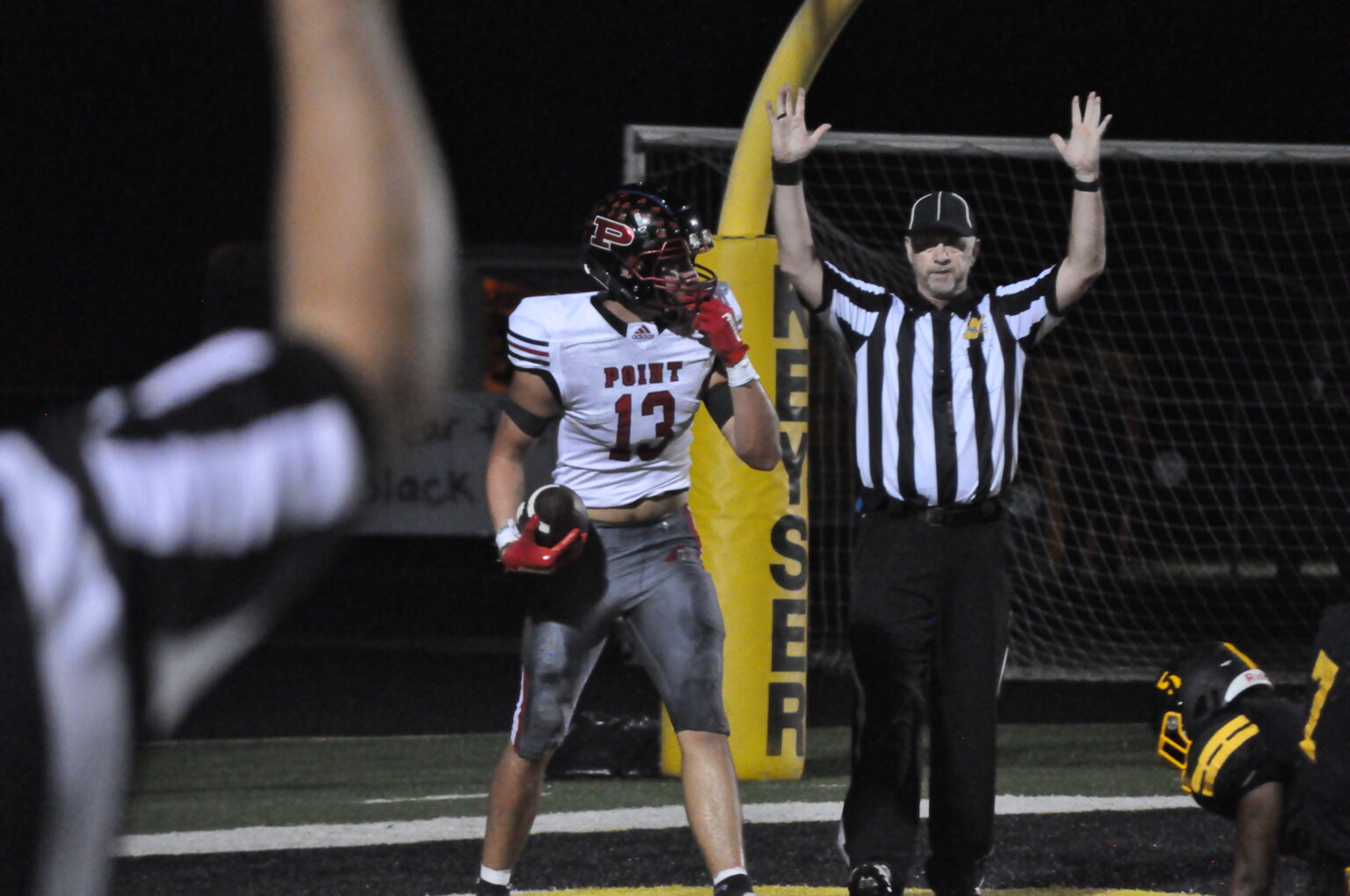 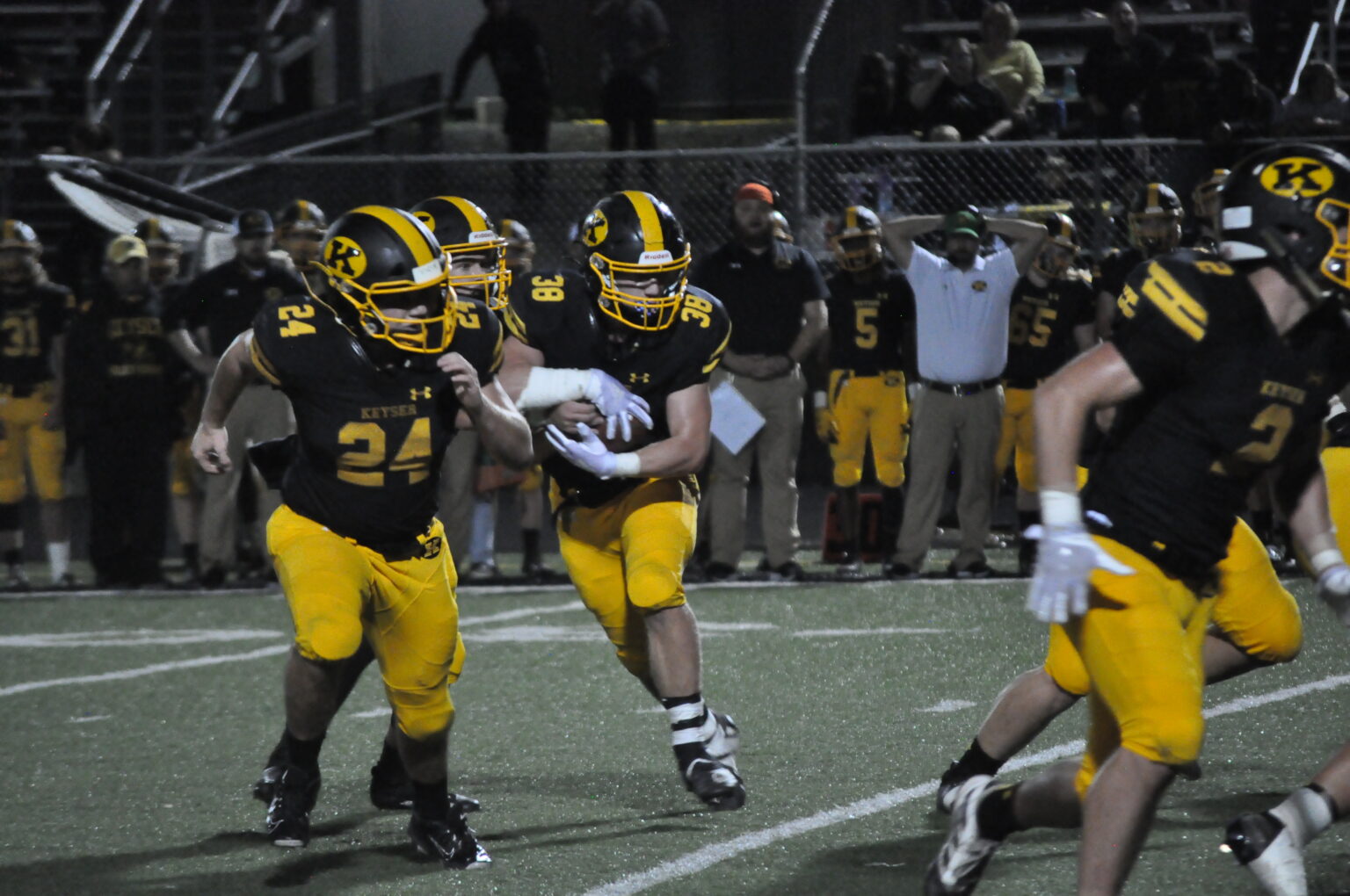 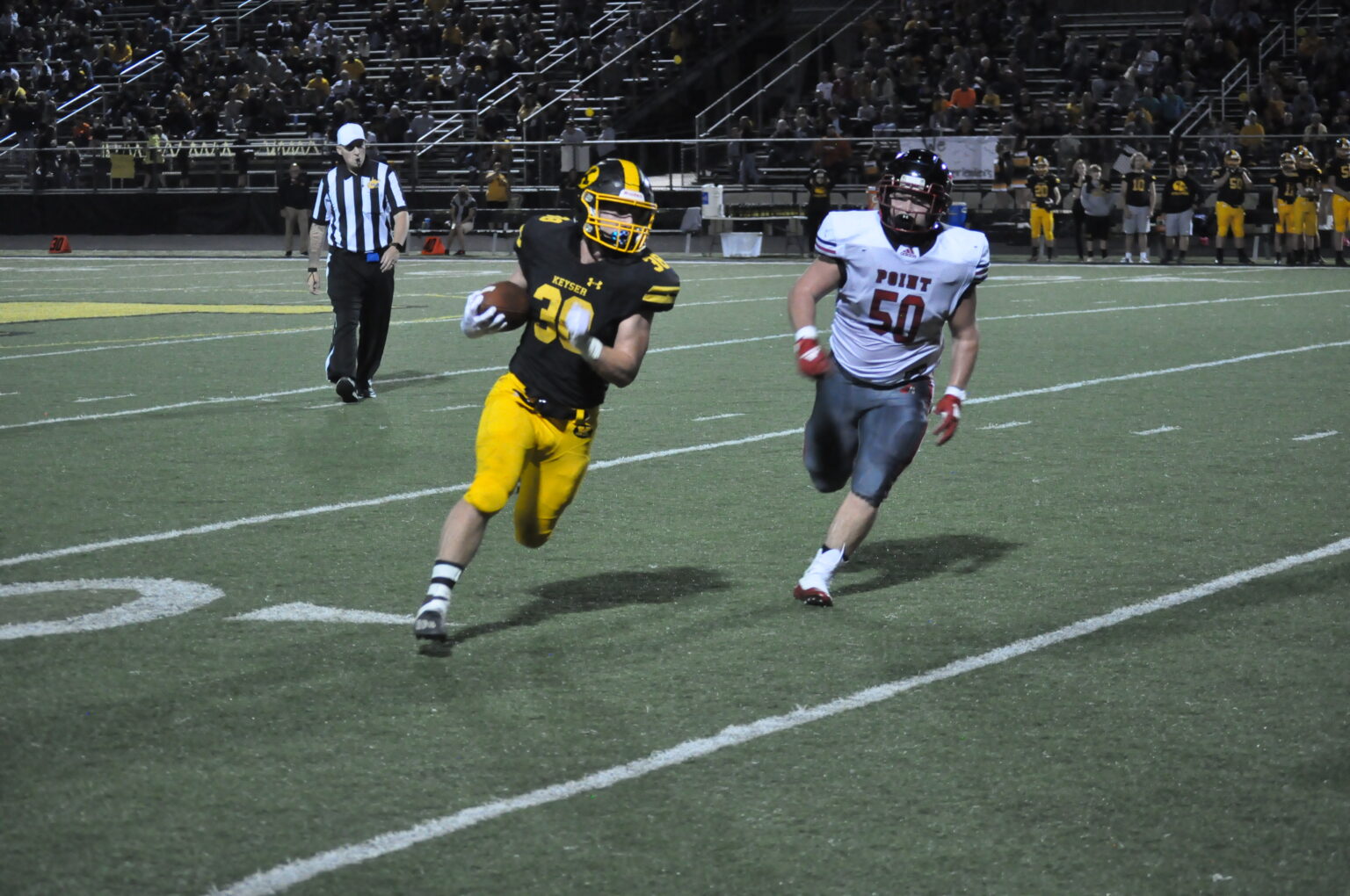 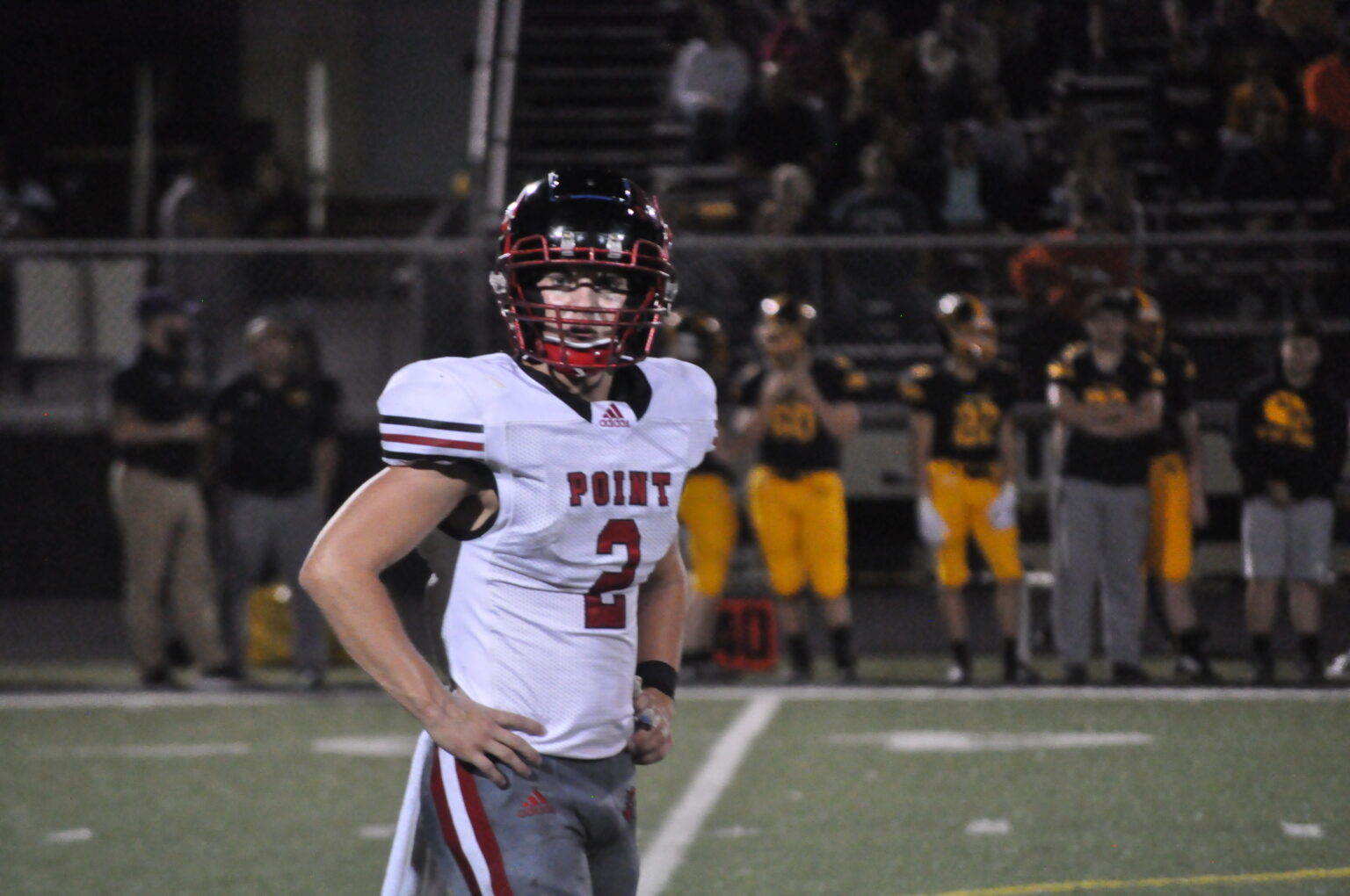 Evan Roach looks to the sideline. Photo by Greg Carey/WVMetroNews.com 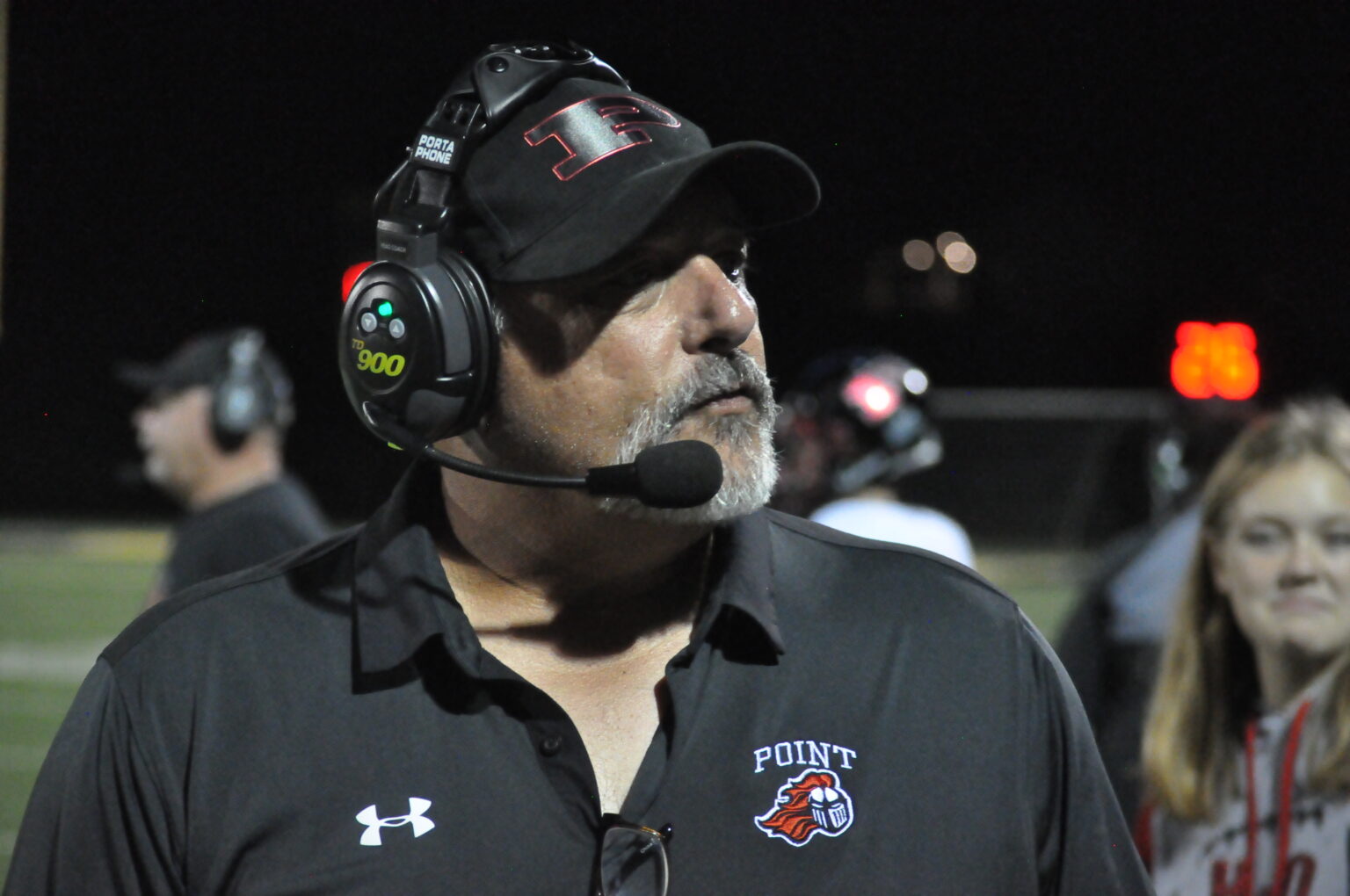 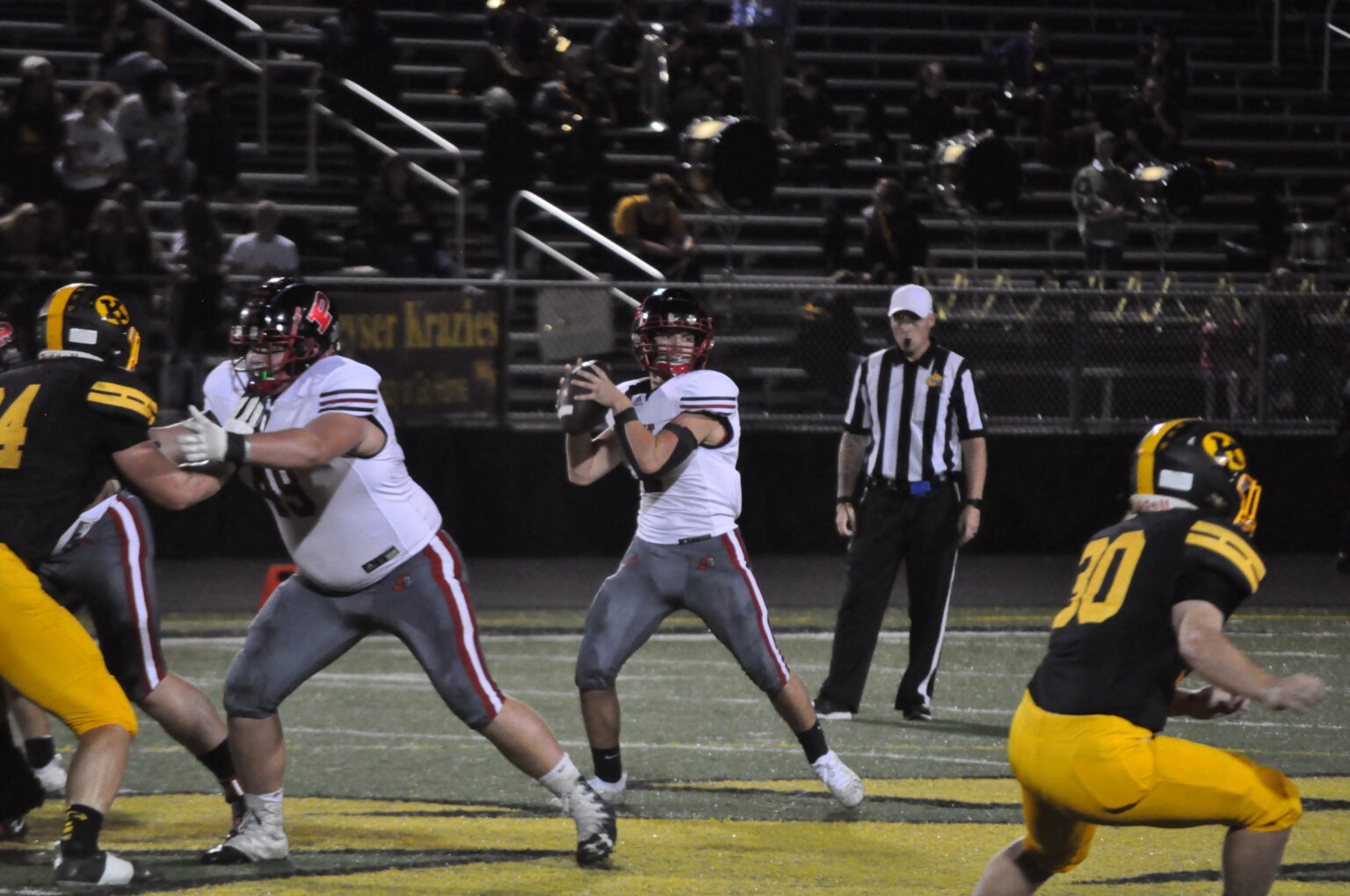 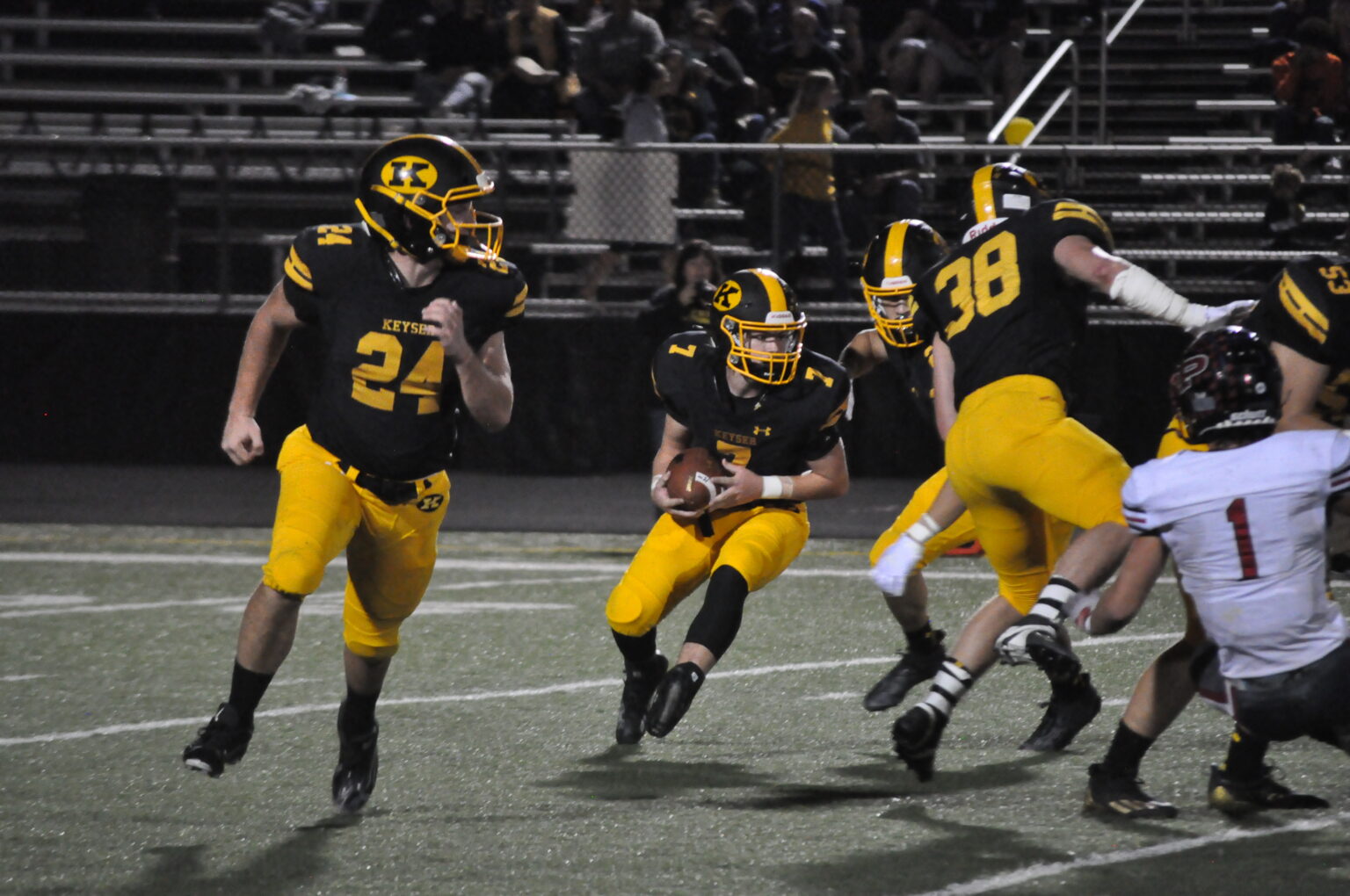 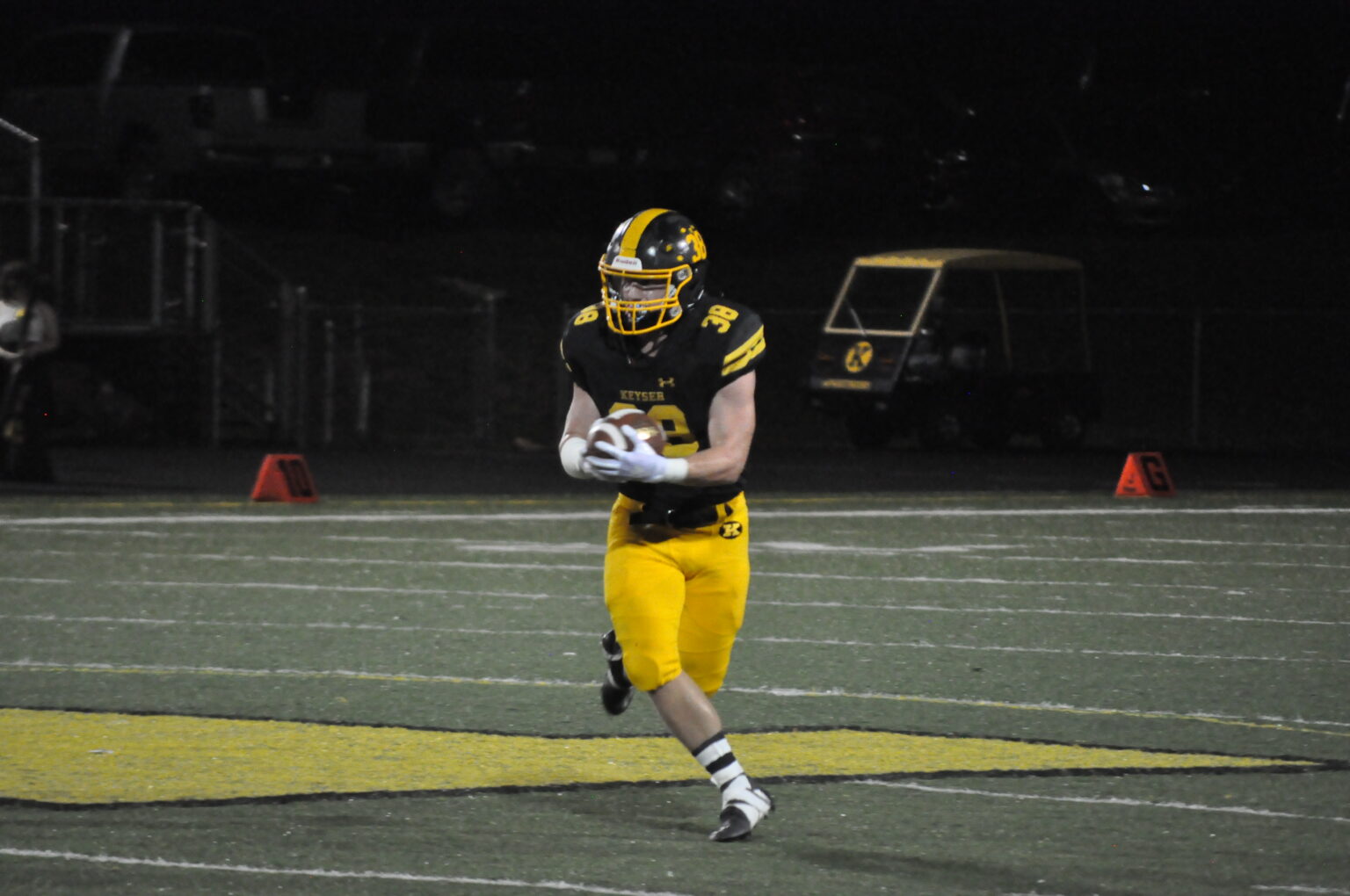 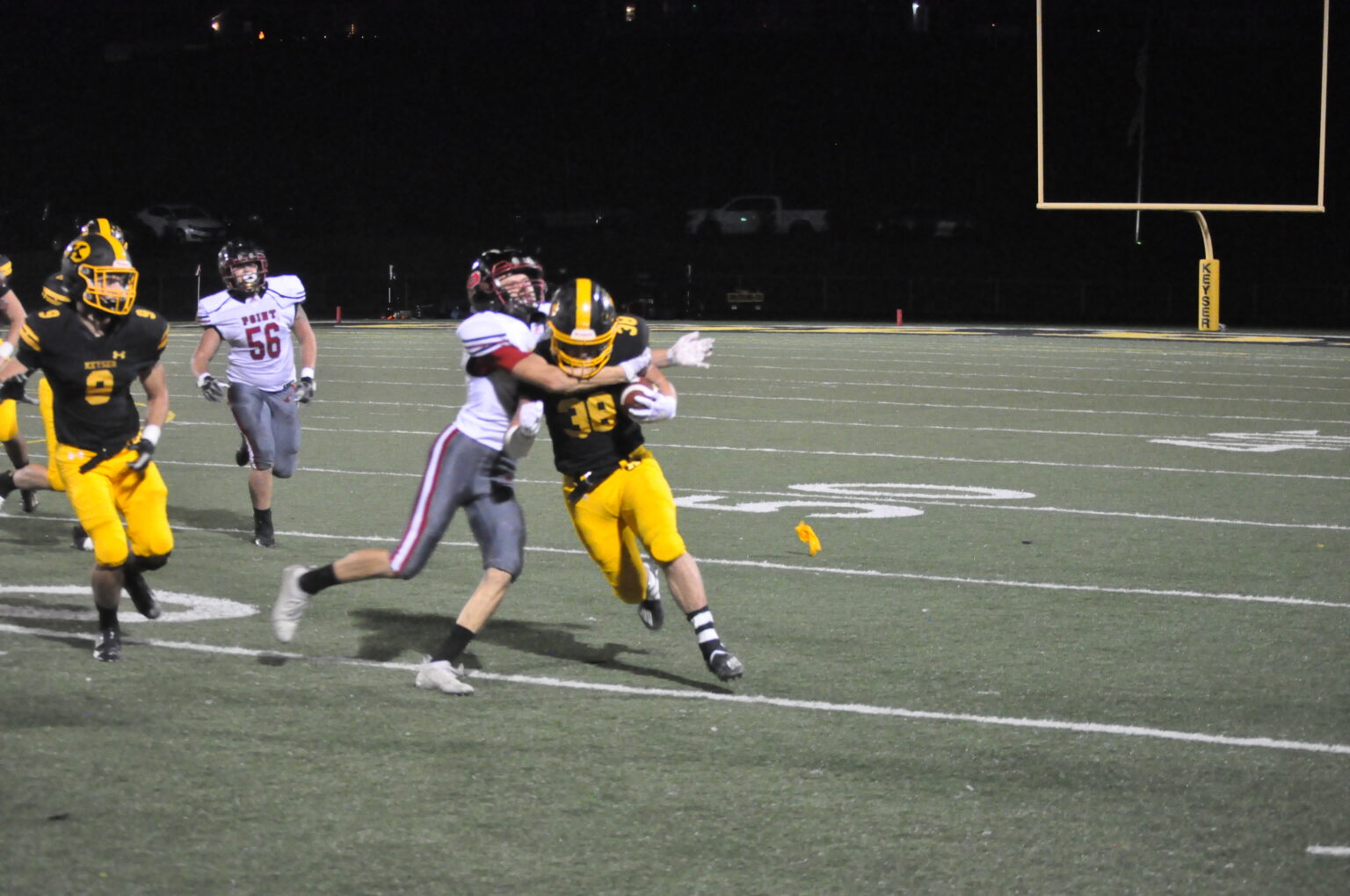 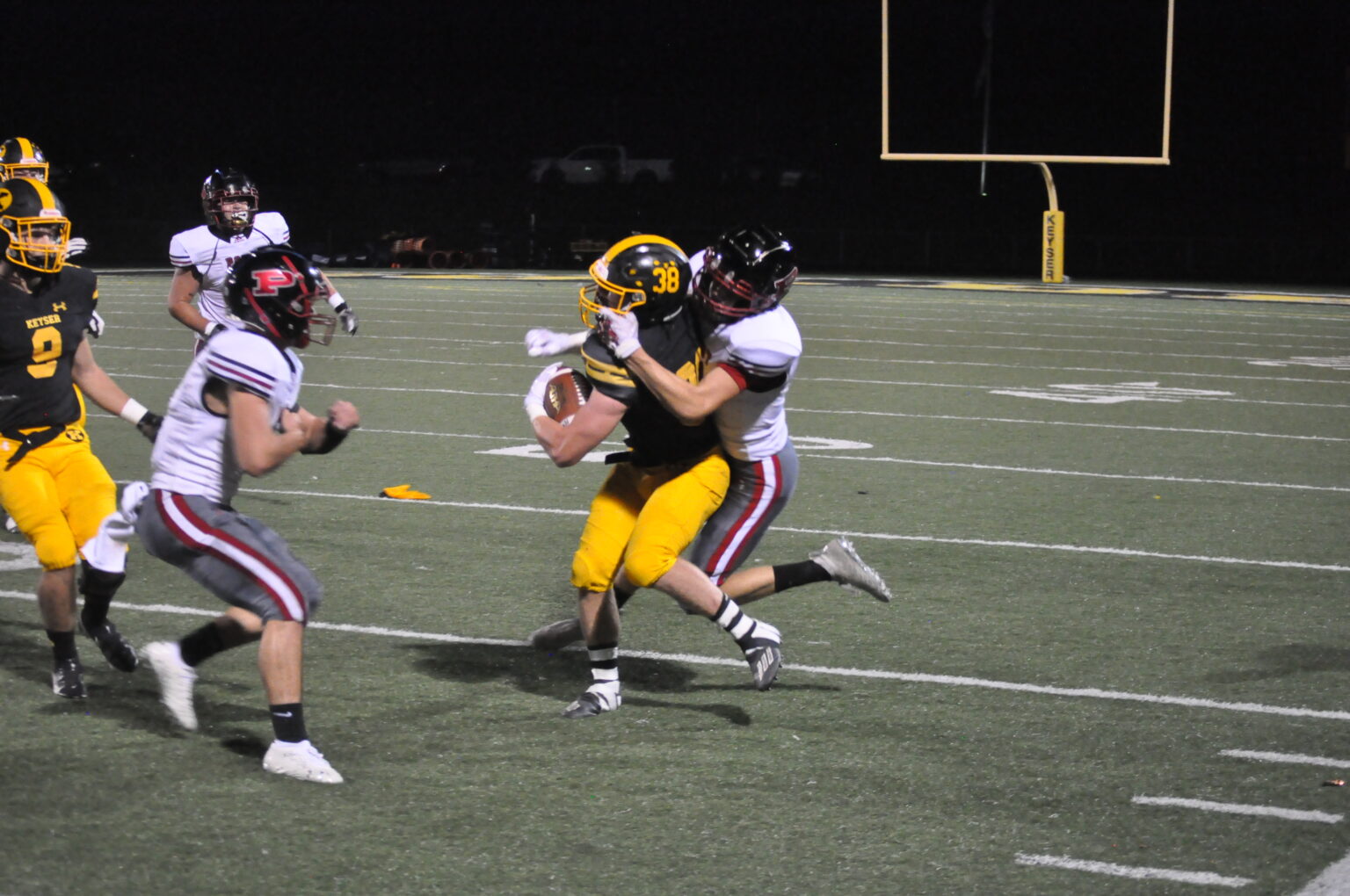 Keyser's Sammy Bradfield is brought down. Photo by Greg Carey/WVMetroNews.com 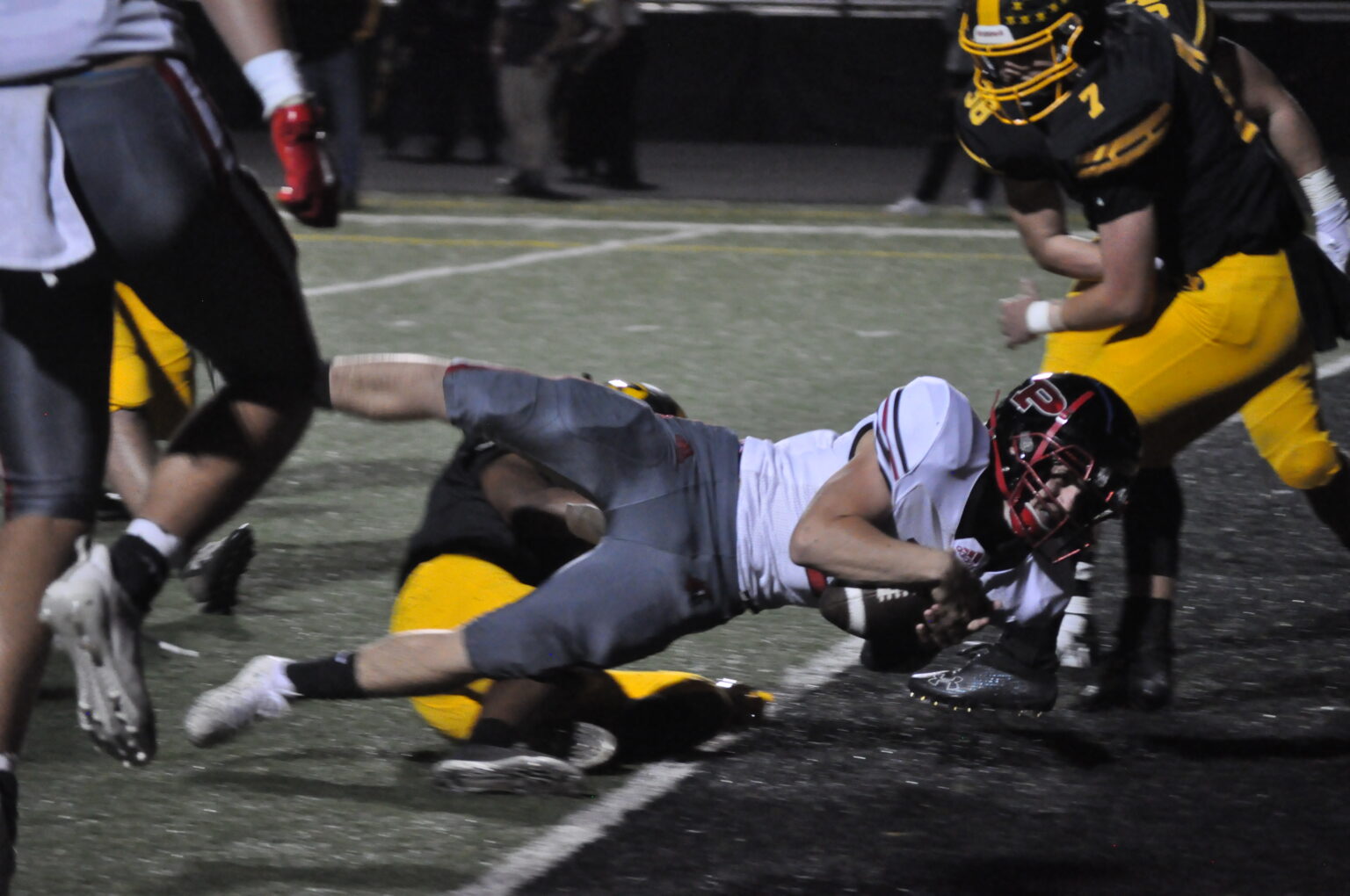 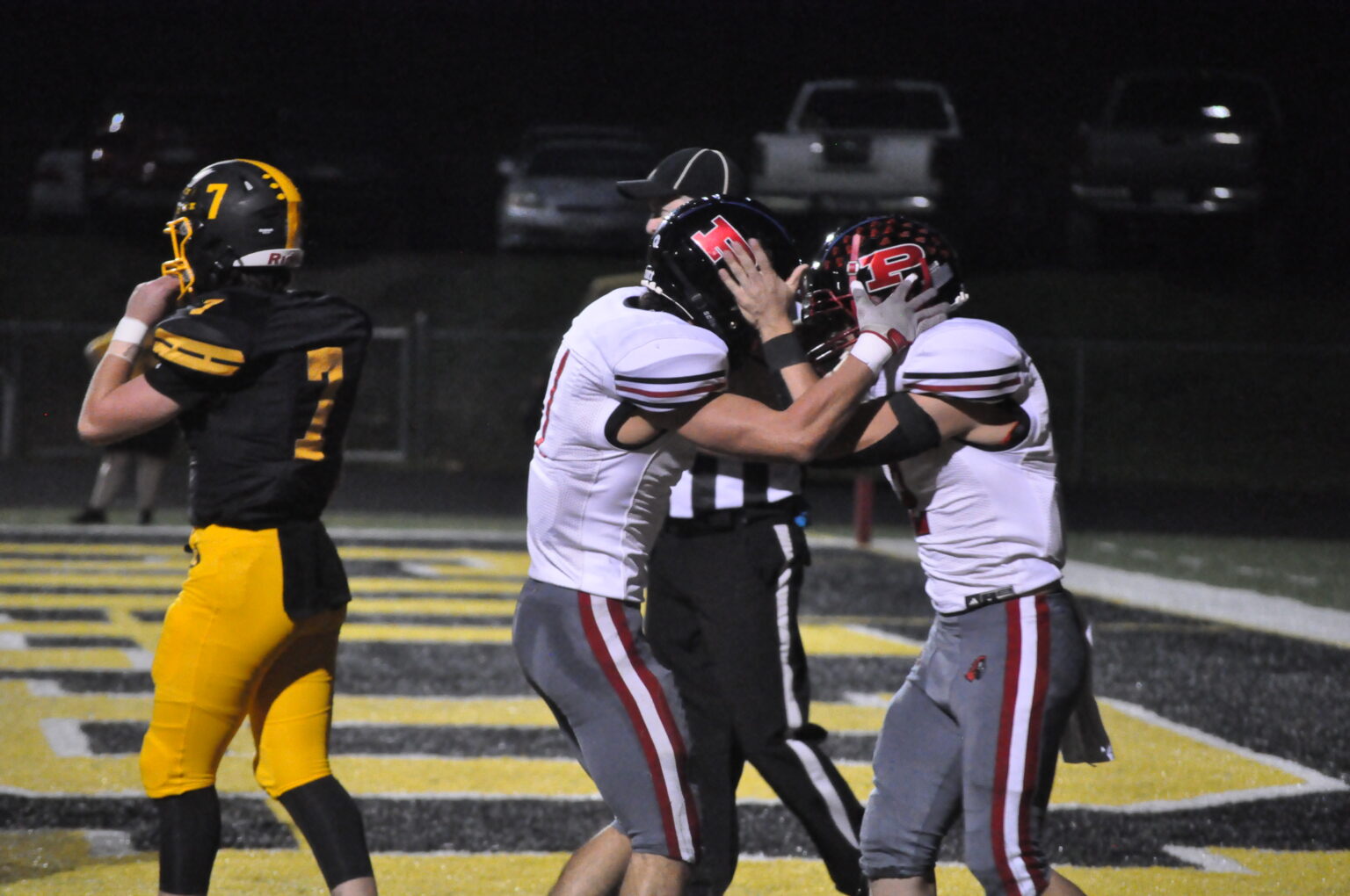 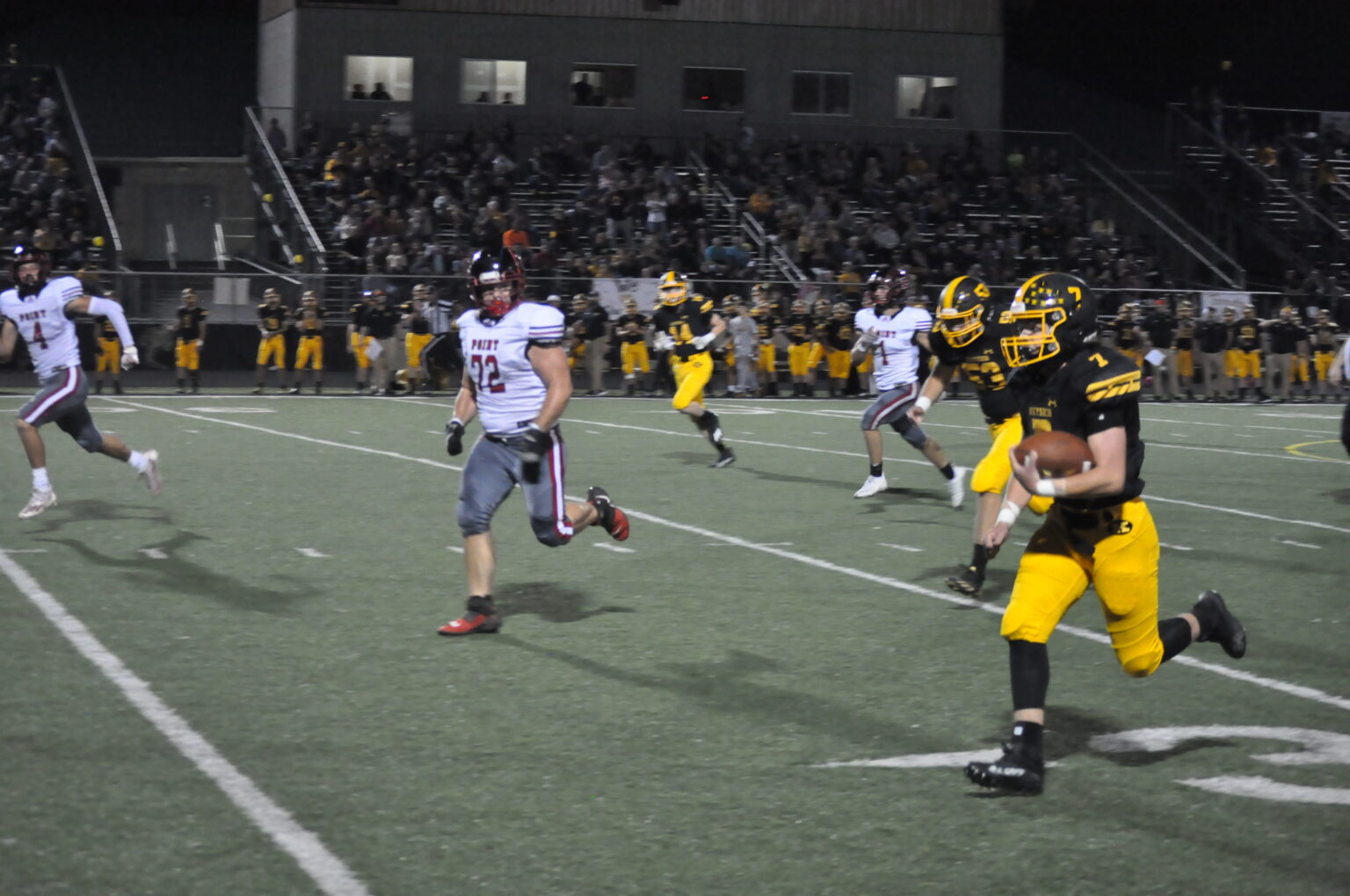 Keyser's Seth Healy gets into the open field. Photo by Greg Carey/WVMetroNews.com

KEYSER, W.Va. — What looked to be a relatively comfortably victory for Class AA No. 5 Point Pleasant became a game in which the Big Blacks needed to make plays down the stretch to survive at No. 6 Keyser.

After Sammy Bradfield’s 8-yard touchdown run pulled the Golden Tornado to within two points with 2:34 to play, Point Pleasant stuffed Benny Oates short of the goal line on the two-point attempt for the tie, allowing the Big Blacks to claim their fifth straight win, 35-33.

“The defense did what they had to do at the end to keep a win intact for us,” PPHS head coach David Darst said. “I’m really proud of the kids for that.”

Less than 2 minutes before Bradfield’s fourth touchdown gave Keyser (3-2) a chance to tie, Point Pleasant (5-1) led by 15 and was in possession after stopping the Golden Tornado on four straight plays inside the 5-yard line.

But tailback Gavin Jeffers lost a fumble that Keyser’s Caden Youngblood recovered in the end zone, and Seth Earnest’s point-after kick brought the hosts to within eight.

A successful onside kick followed and Keyser’s Josh Shoemaker came up with the recovery after it bounced several times deeper into Big Blacks’ territory.

Starting at the PPHS 28 with 3:52 left, Keyser covered that distance in four plays and Bradfield found pay dirt to set up the tying two-point attempt.

“We had to go for two and it’s always a little harder to get two,” KHS head coach Derek Stephen said. “We were a couple inches and an arm tackle away from tying it up, so I have to give credit to the boys for not stopping and not giving up that second half.”

Goal line stands were a pivotal part of the win for Point Pleasant, which carried a 28-13 lead into halftime before Bradield’s 55-yard touchdown run closed the Keyser deficit to eight 1:20 into the third quarter.

The Golden Tornado were in position to perhaps get even on their next series, but Bradield lost a fumble on third-and-goal at the 1.

Needing to gain 99 yards to reach the end zone, Point Pleasant did just that and regained its 15-point lead with 9:41 remaining when Jeffers scored on a 9-yard run. Jeffers hauled in a 36-yard pass from Evan Roach one play prior to the TD.

“The momentum was on the verge of teetering to our side and they got that stop and drove down, and that solidified them being on top,” Stephen said. “We were able to fight back, but that was a huge turning point in the game momentum wise.”

Oddly enough, the teams traded turnovers on the next two plays from scrimmage, with the Big Blacks’ Tyler Hinzman recovering a Bradfield fumble, before Oates intercepted Roach to immediately give Keyser the ball back.

There were far more positives after halftime for Keyser, which allowed Roach to find Jeffers for a 56-yard pass on the game’s first play and fell behind moments later on Roach’s 10-yard touchdown run. Ellie Wood knocked in her first of five point-after kicks at the 10:11 mark of the opening quarter to make it 7-0 — and the PATs proved critical as the game progressed.

“She’s a three-year starter for me at kicker,” Darst said. “I don’t let her kickoff — I promised her grandma I wouldn’t do that. But she’s made field goals and she’s missed one extra point all year and it wasn’t her fault. She’s pretty automatic, so I’m blessed to have her.”

Bradfield’s 4-yard TD run pulled Keyser even at the 6:15 mark of the opening quarter, but the Big Blacks needed only 2:45 to answer as Jeffers broke free for a 39-yard TD run to give PPHS the 14-7 lead.

“They have some guys that go up and make some plays,” Stephen said. “When you have athletes like that, it’s hard to account for everybody.”

Keyser needed only four plays to answer and Bradfield’s 27-yard run was good for the Golden Tornado’s second TD. However, Earnest’s point-after kick sailed wide, leaving the Big Blacks with the 21-13 lead.

“Offensively, we do a lot of good things,” Darst said.

Jeffers rushed 18 times for 193 yards and added two receptions for 92 yards in a strong performance.