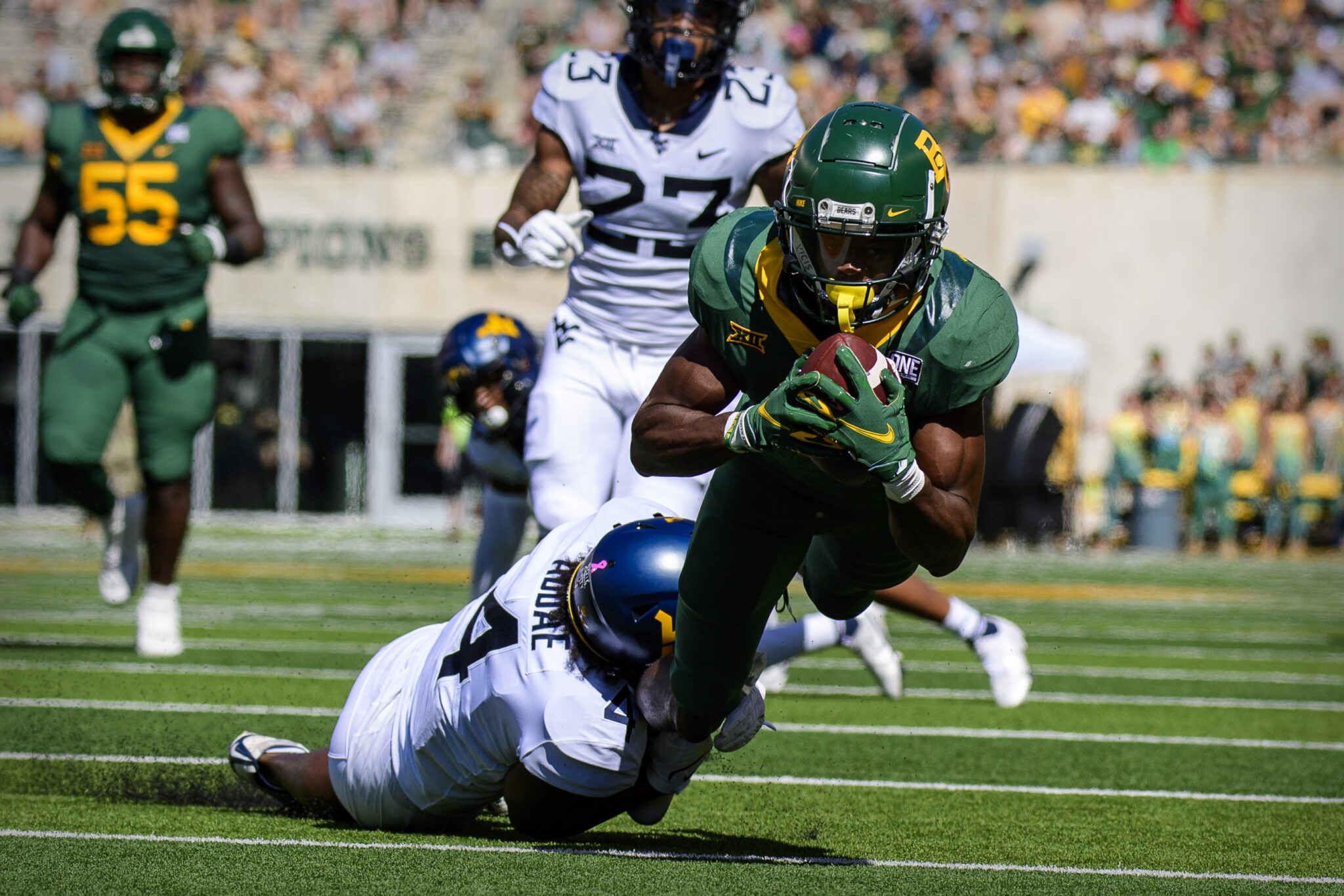 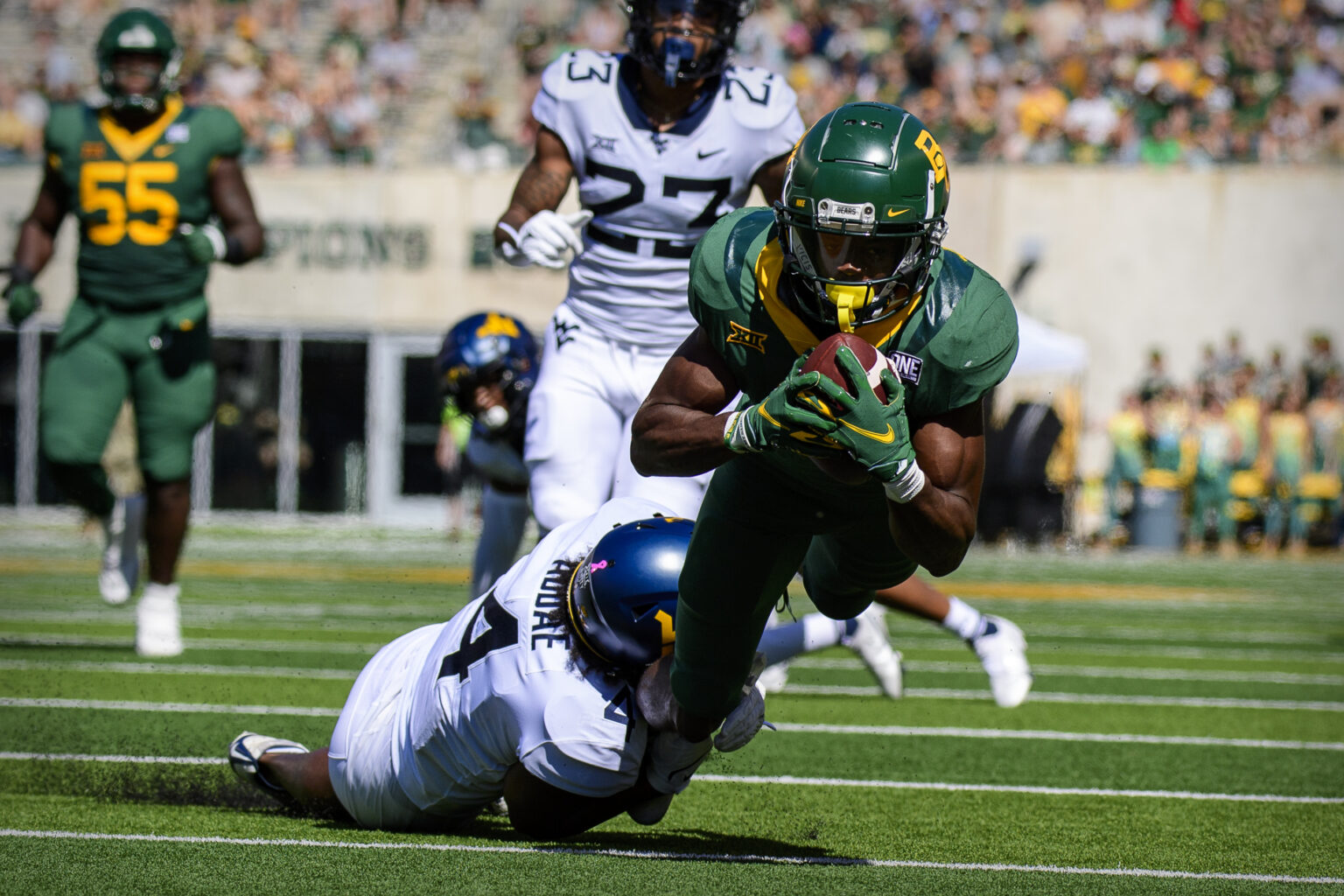 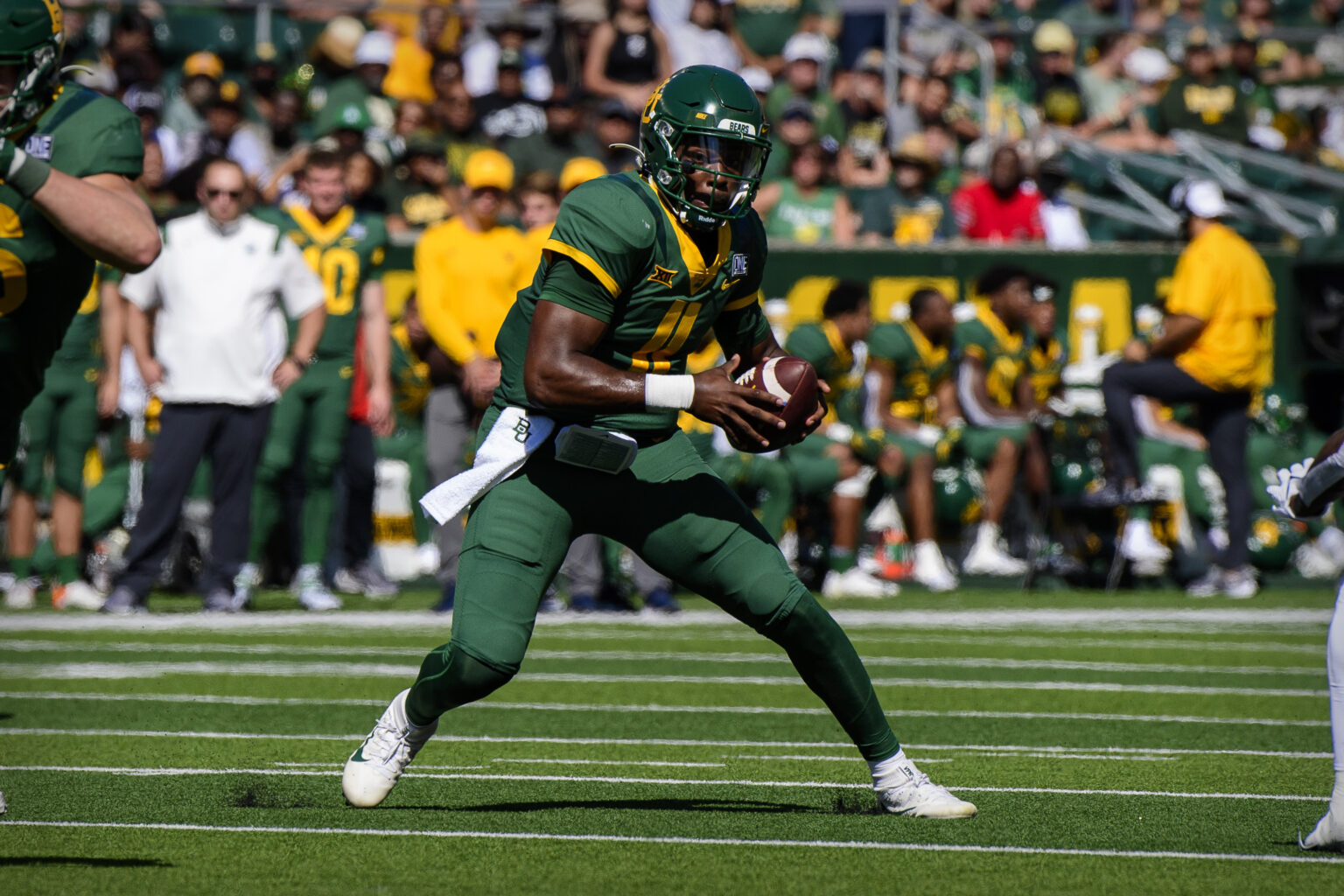 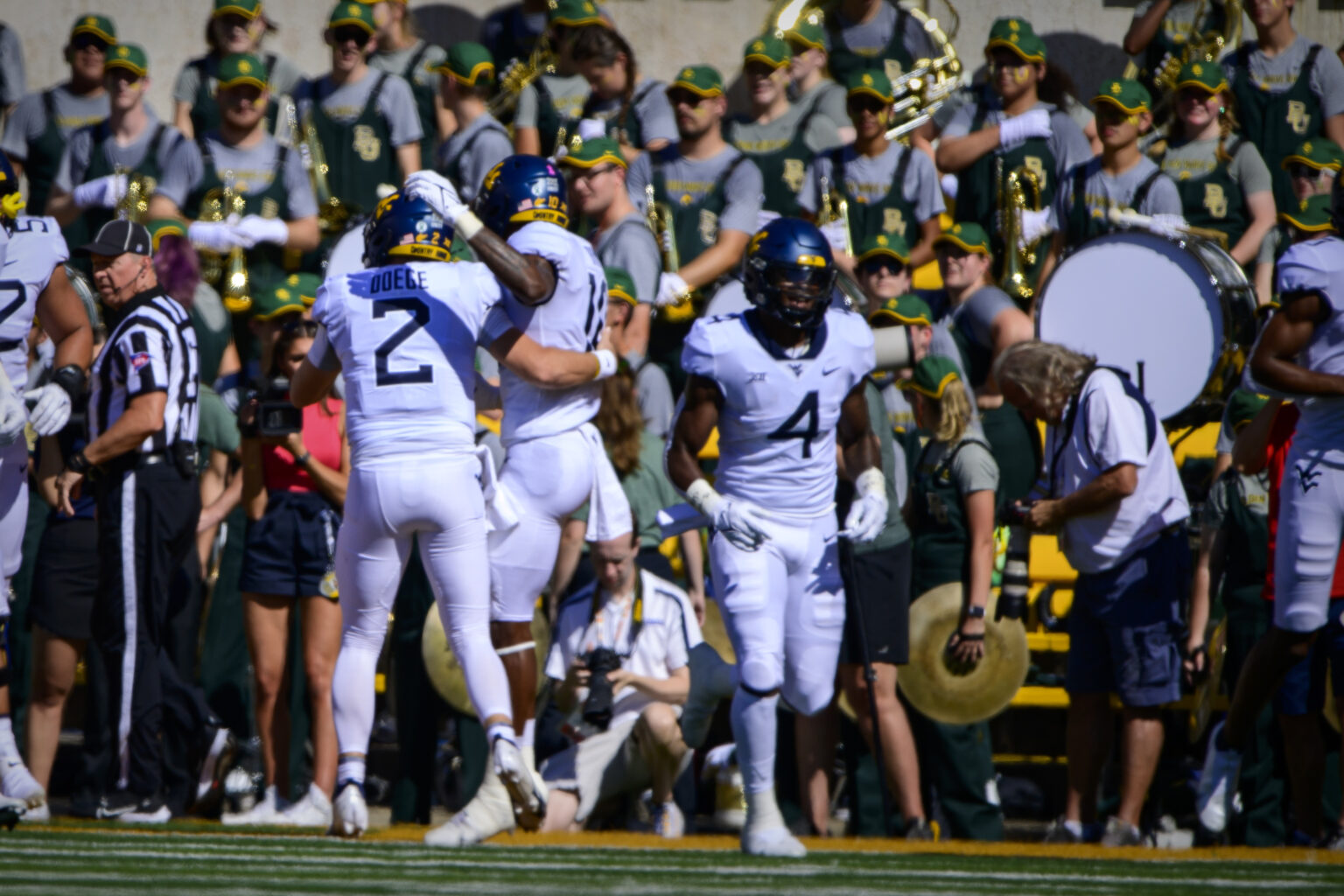 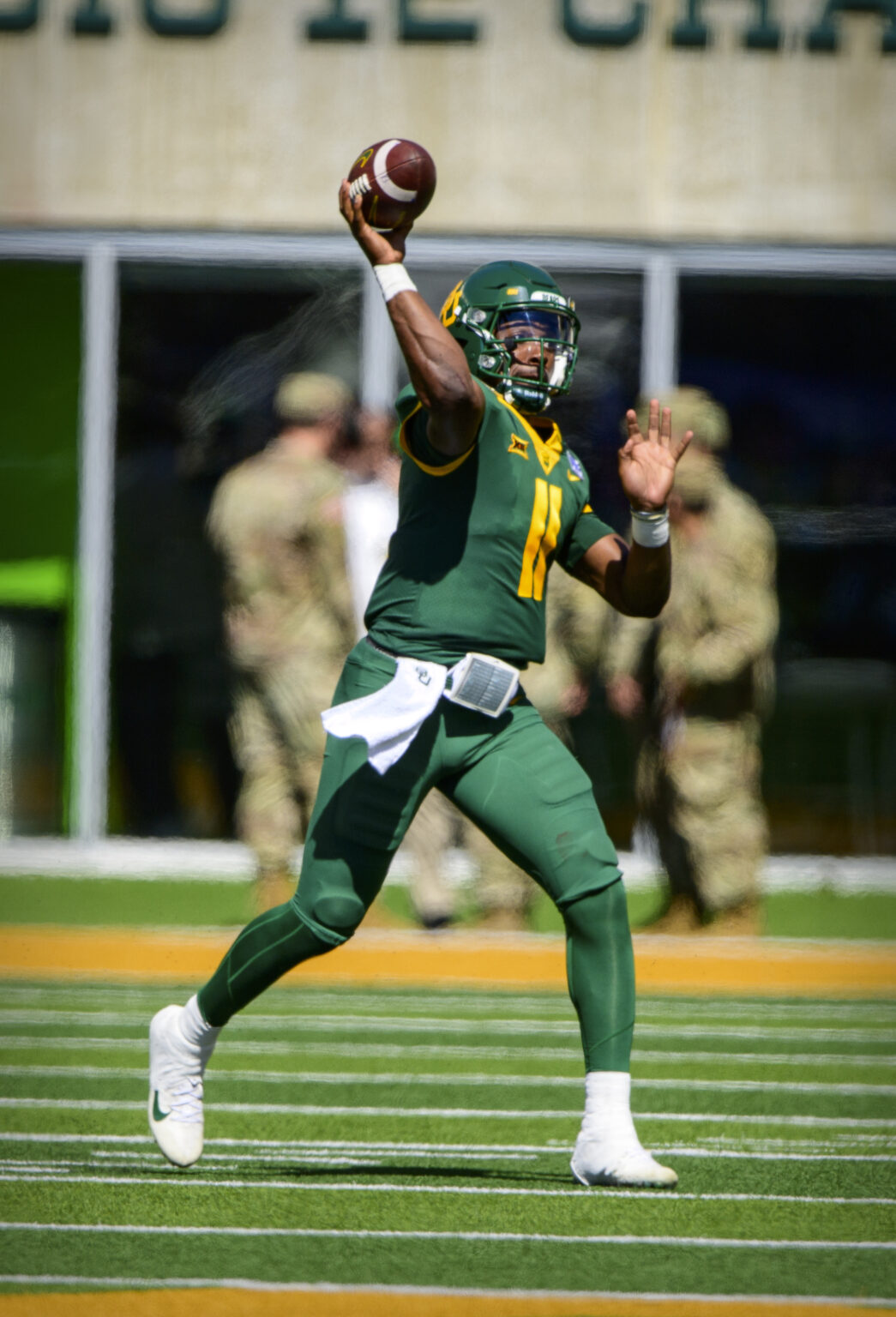 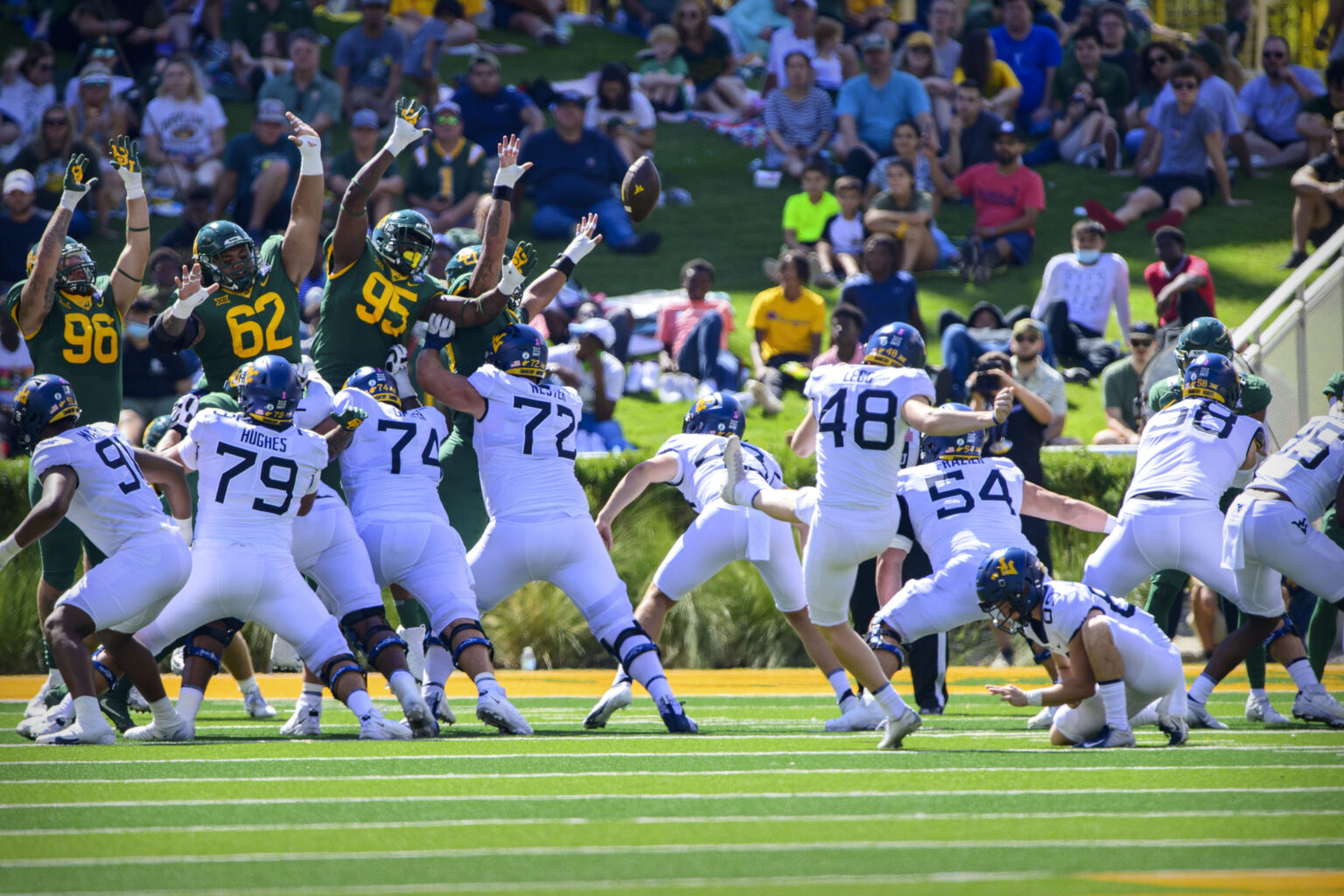 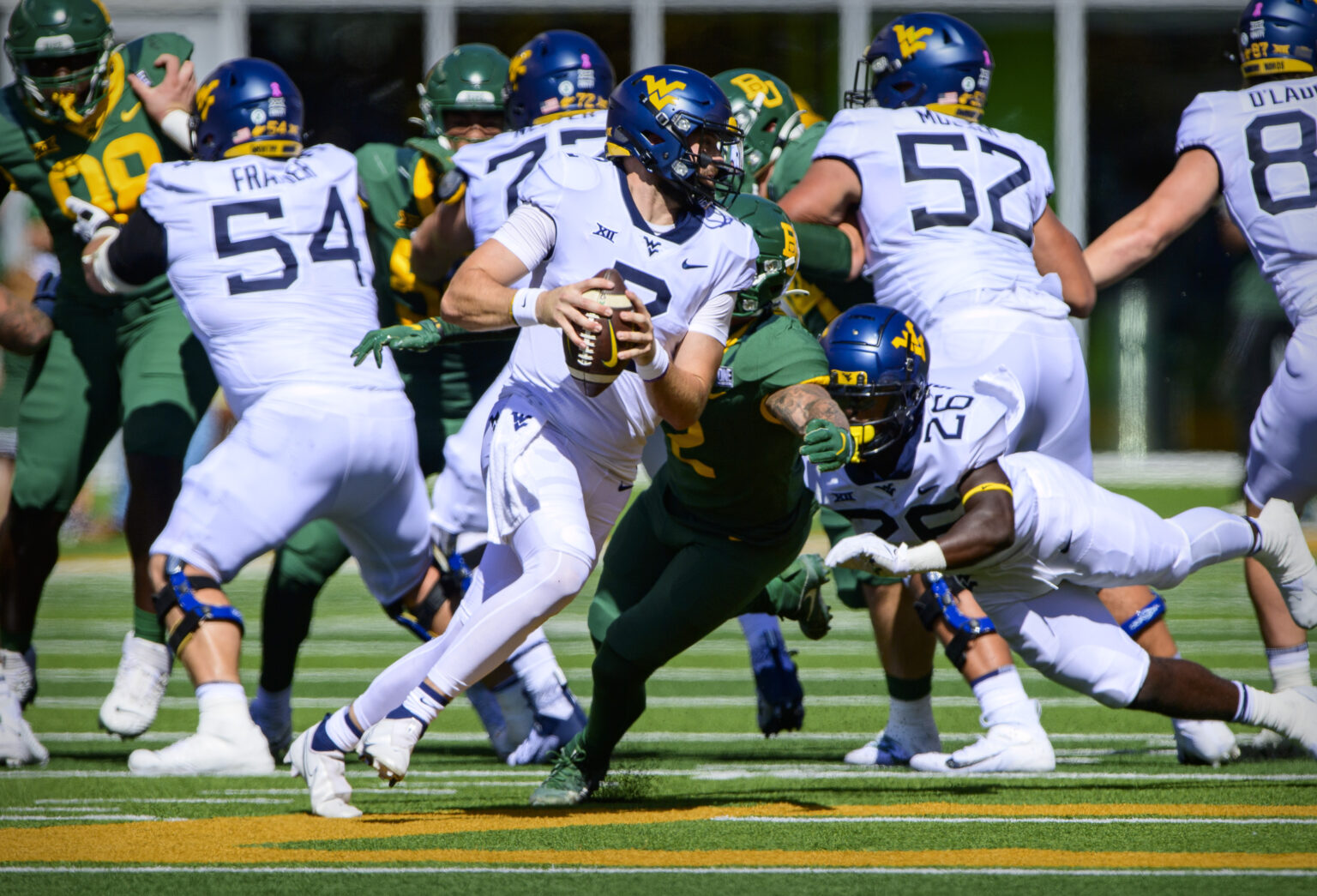 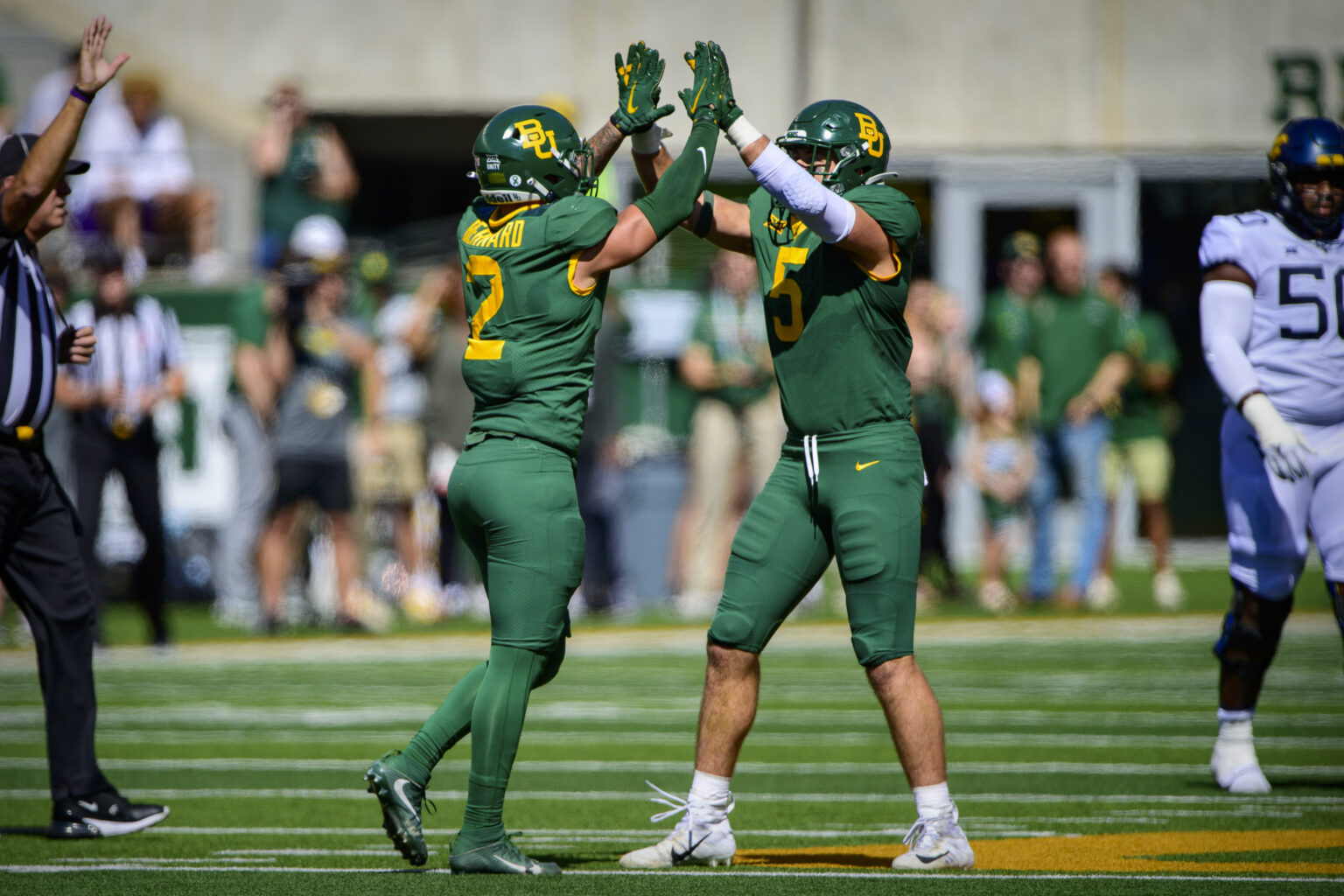 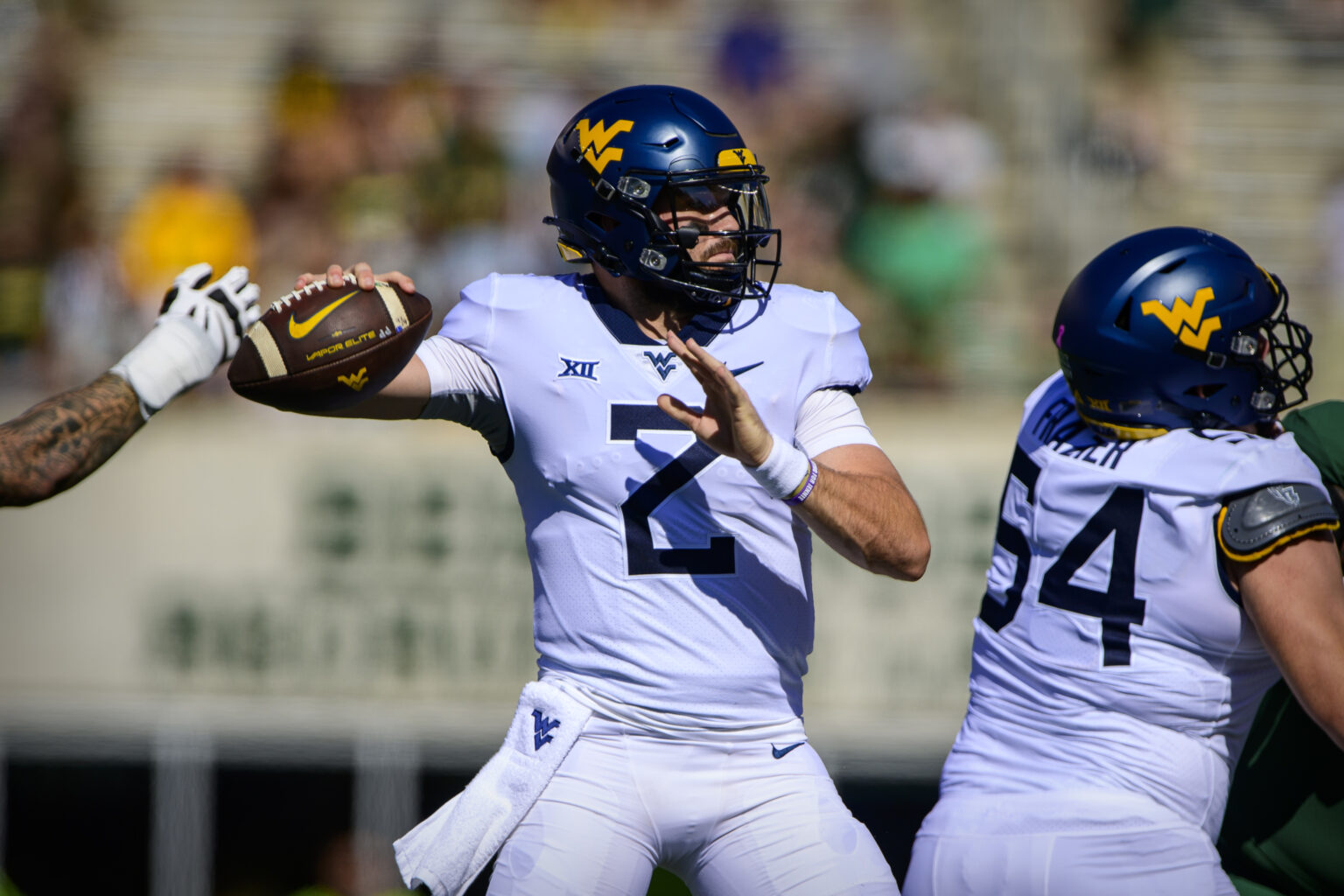 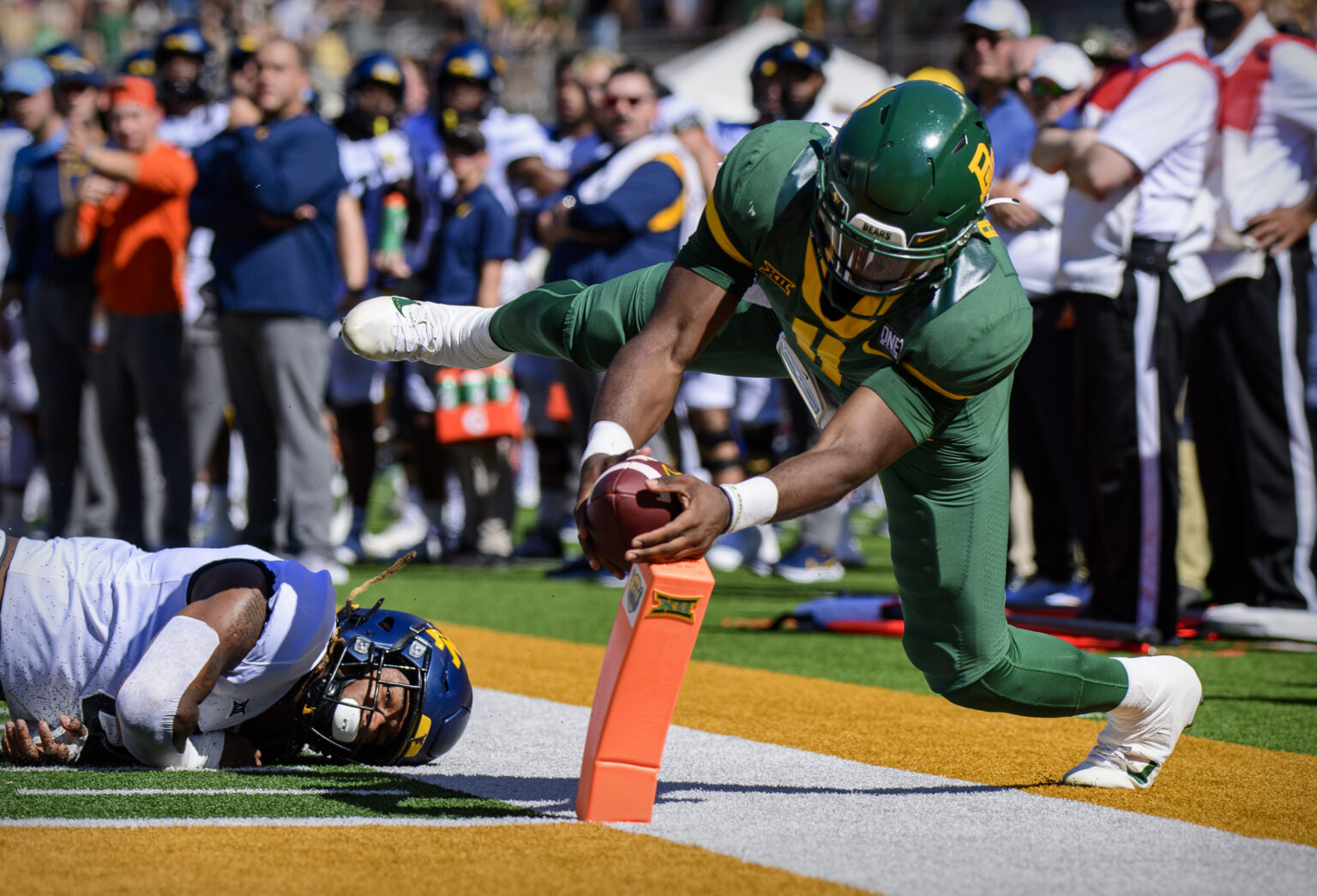 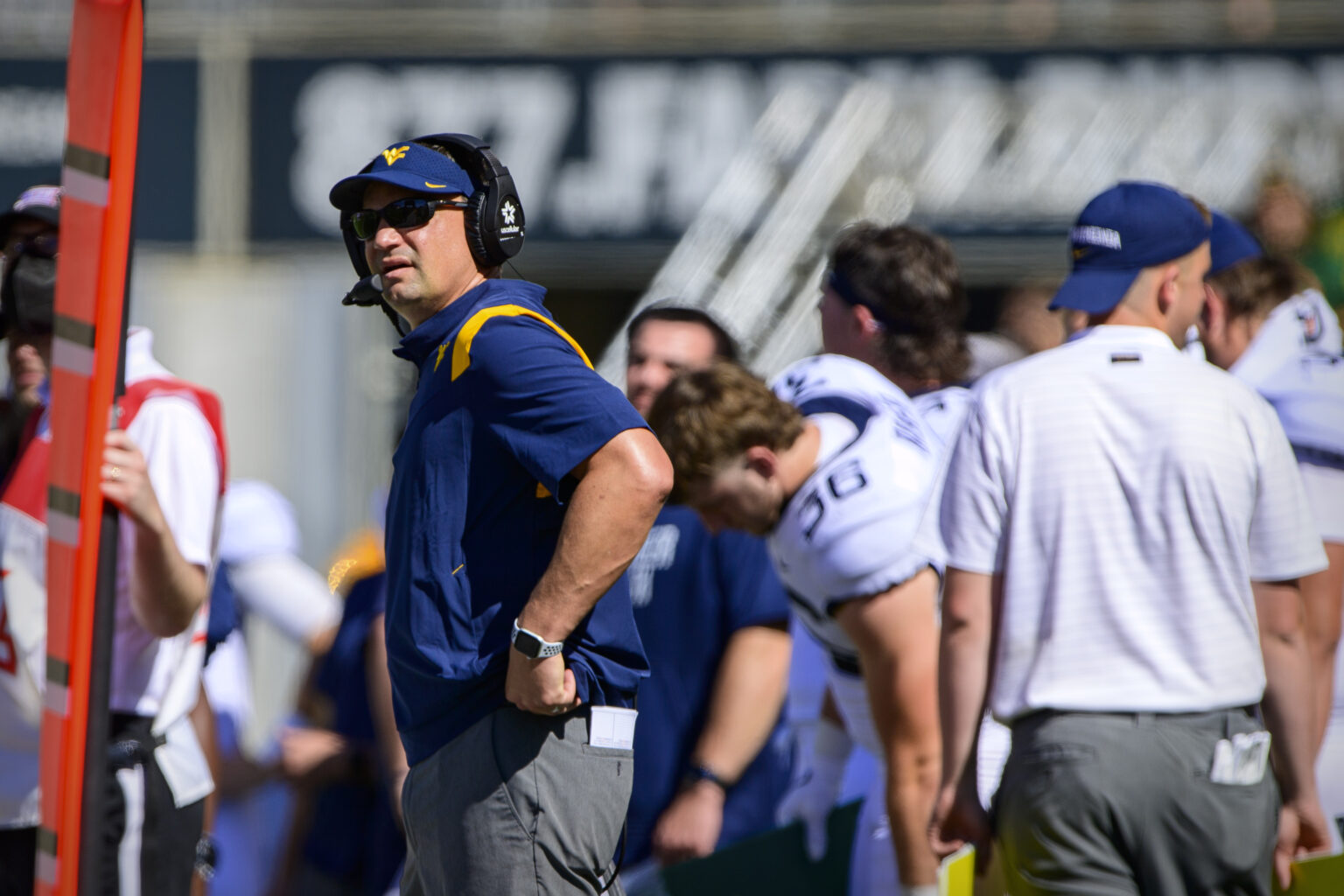 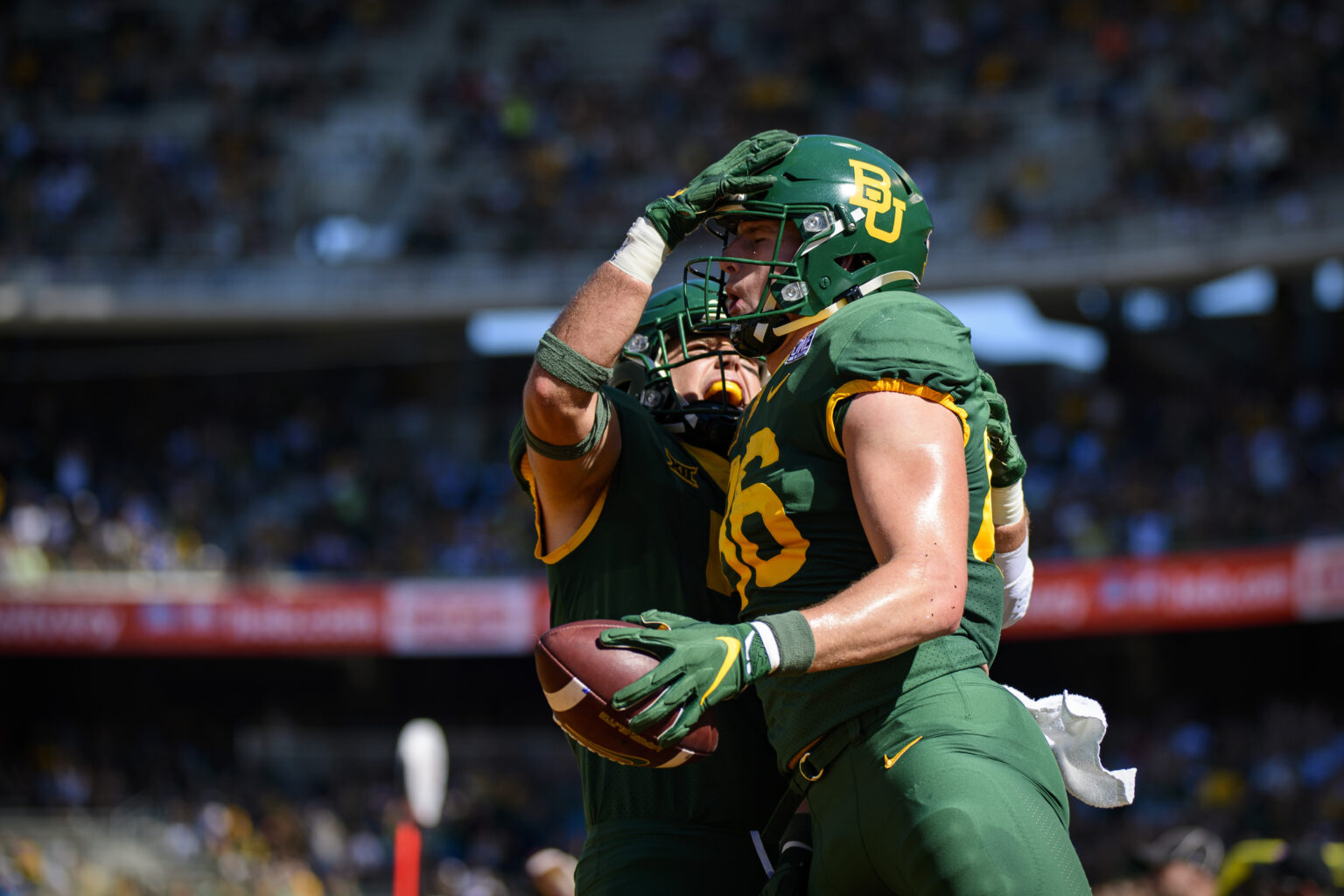 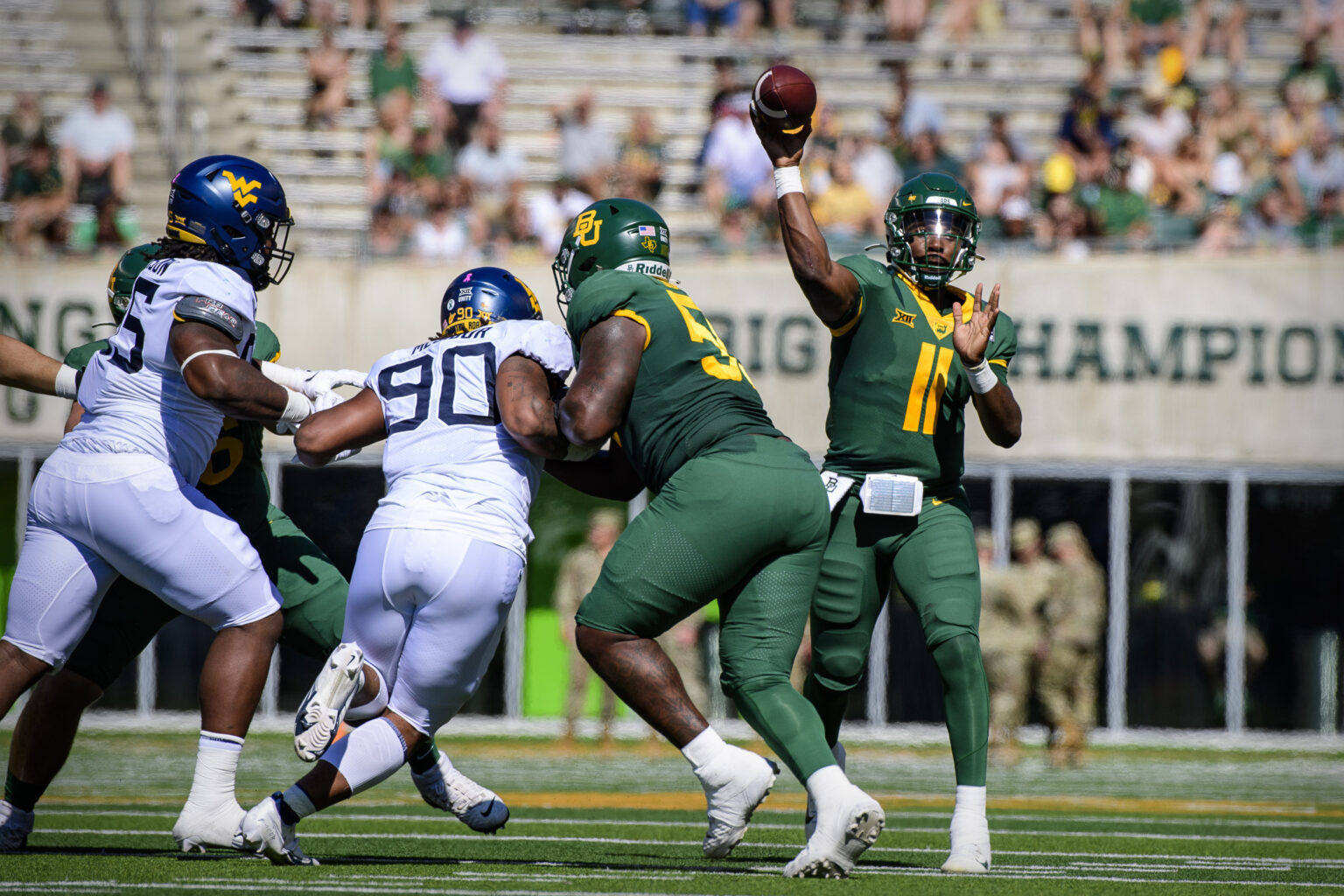 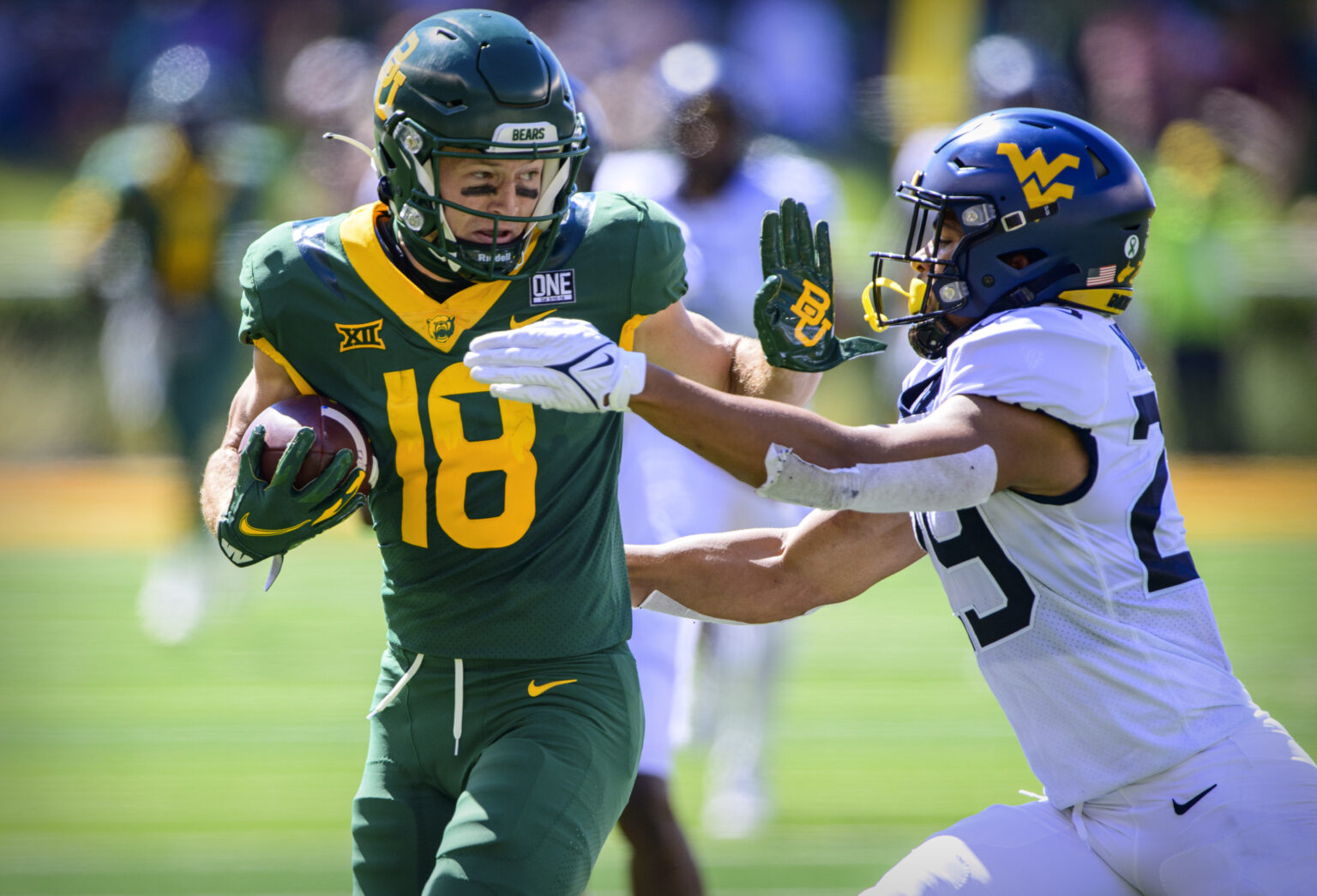 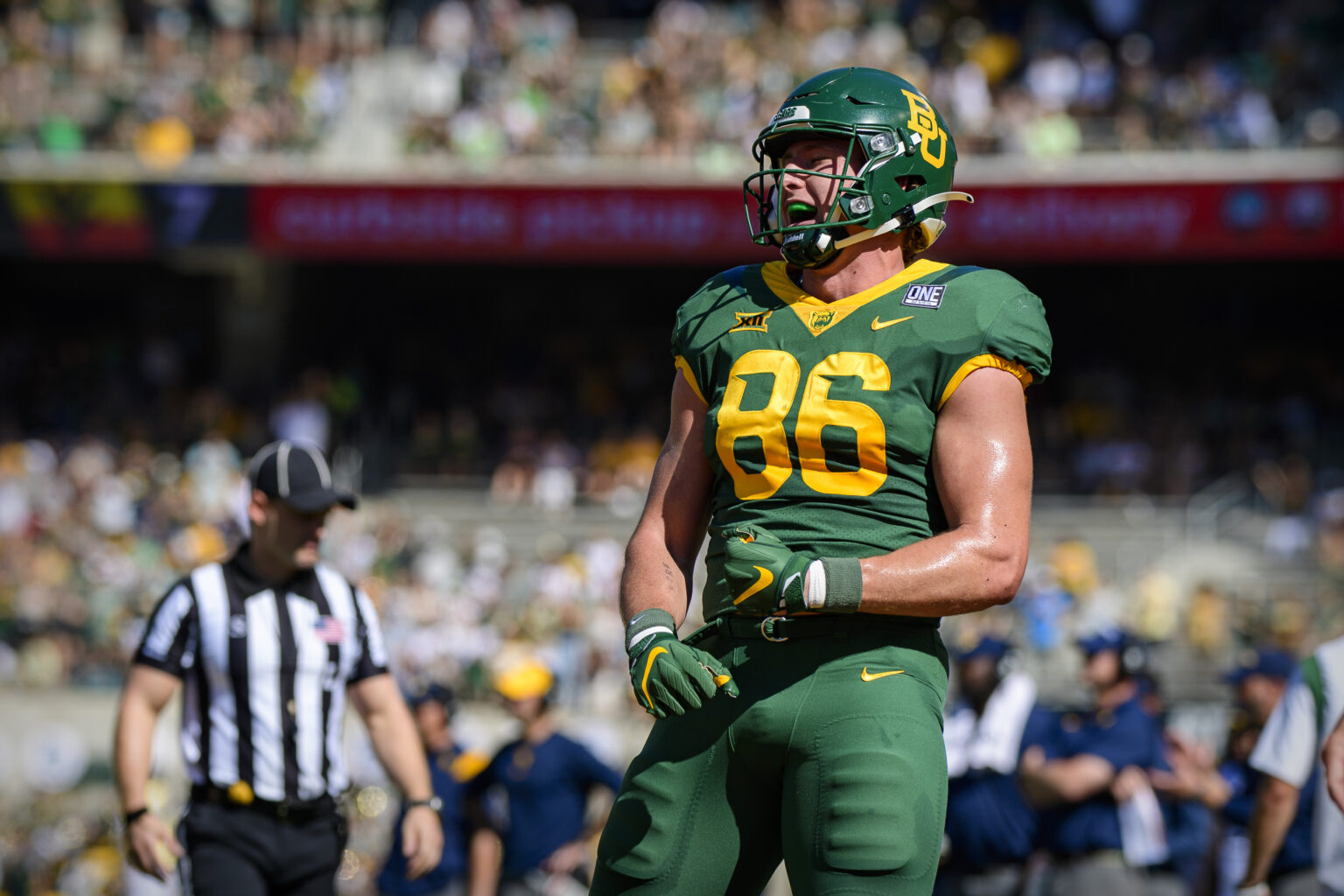 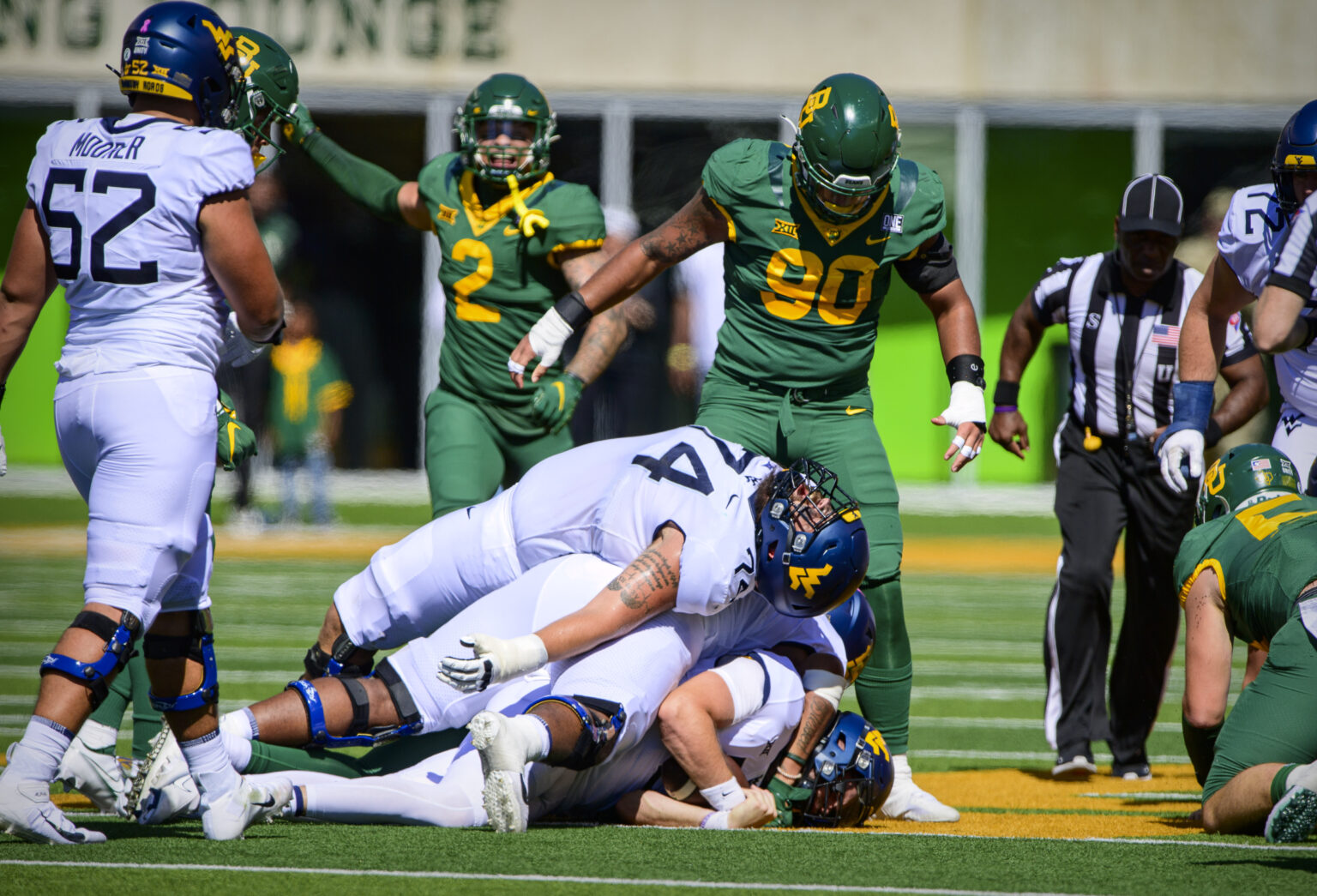 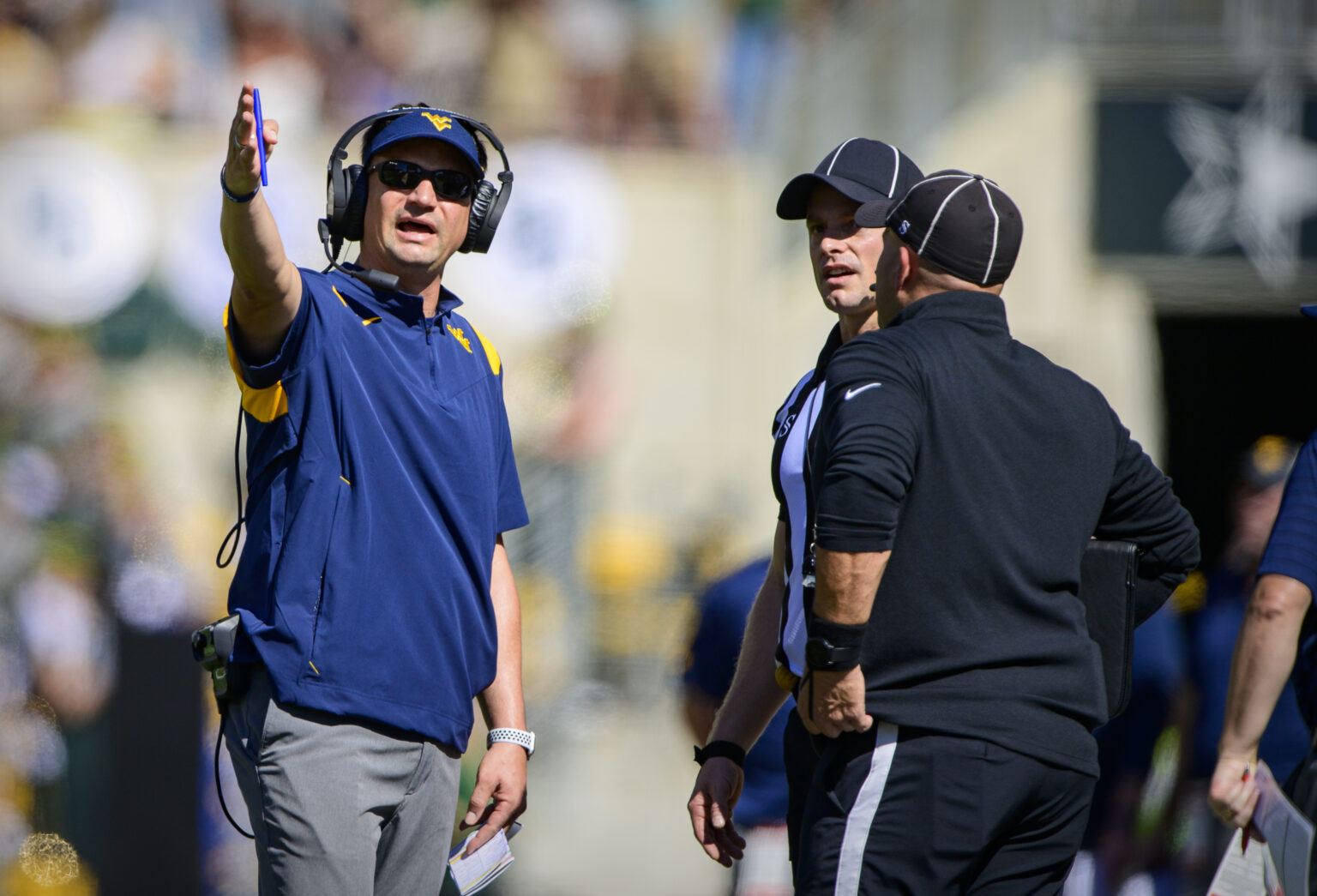 West Virginia head coach Neal Brown argues a call with the referees during the first half against the Baylor Bears at McLane Stadium. Mandatory Credit: Jerome Miron-USA TODAY Sports 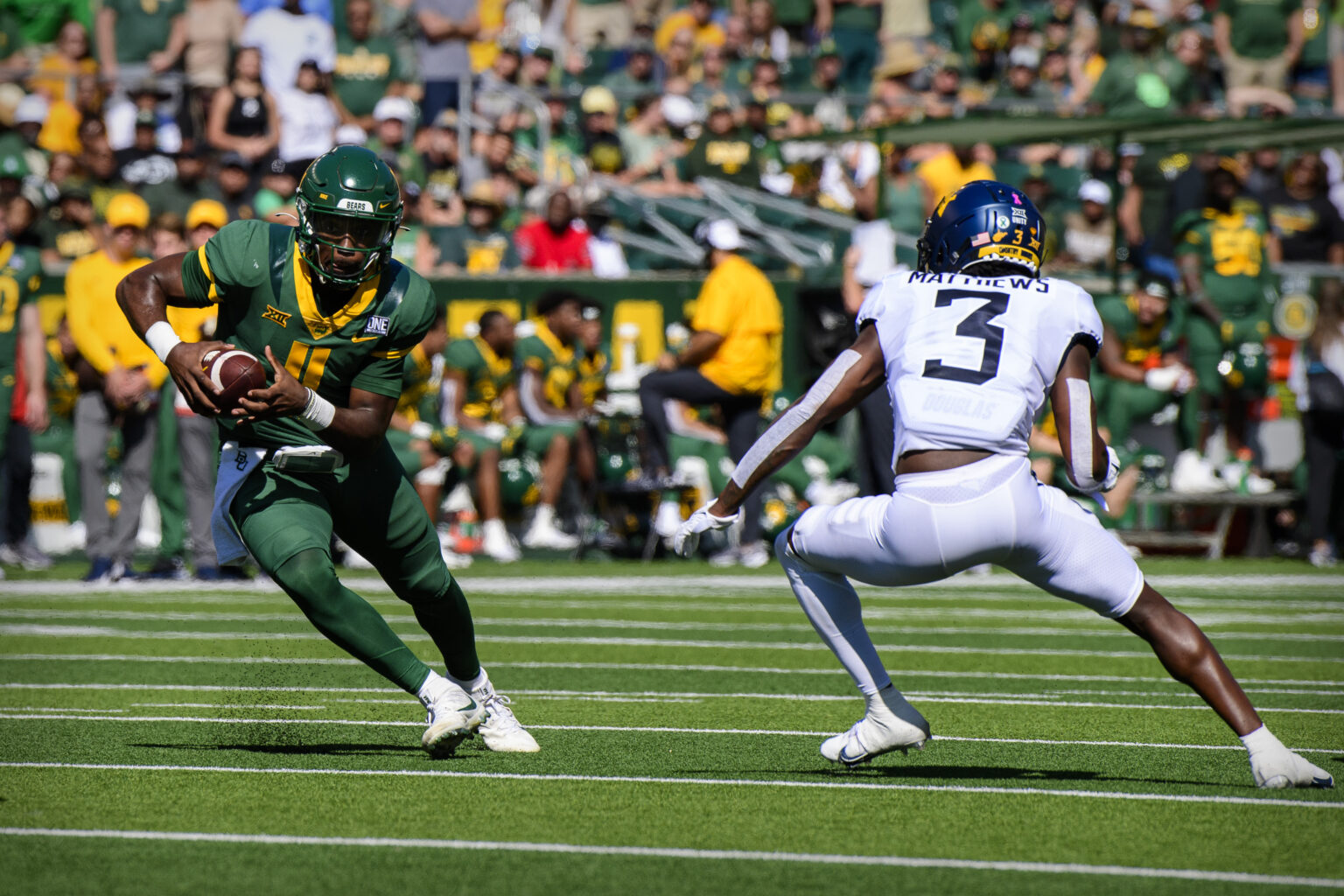 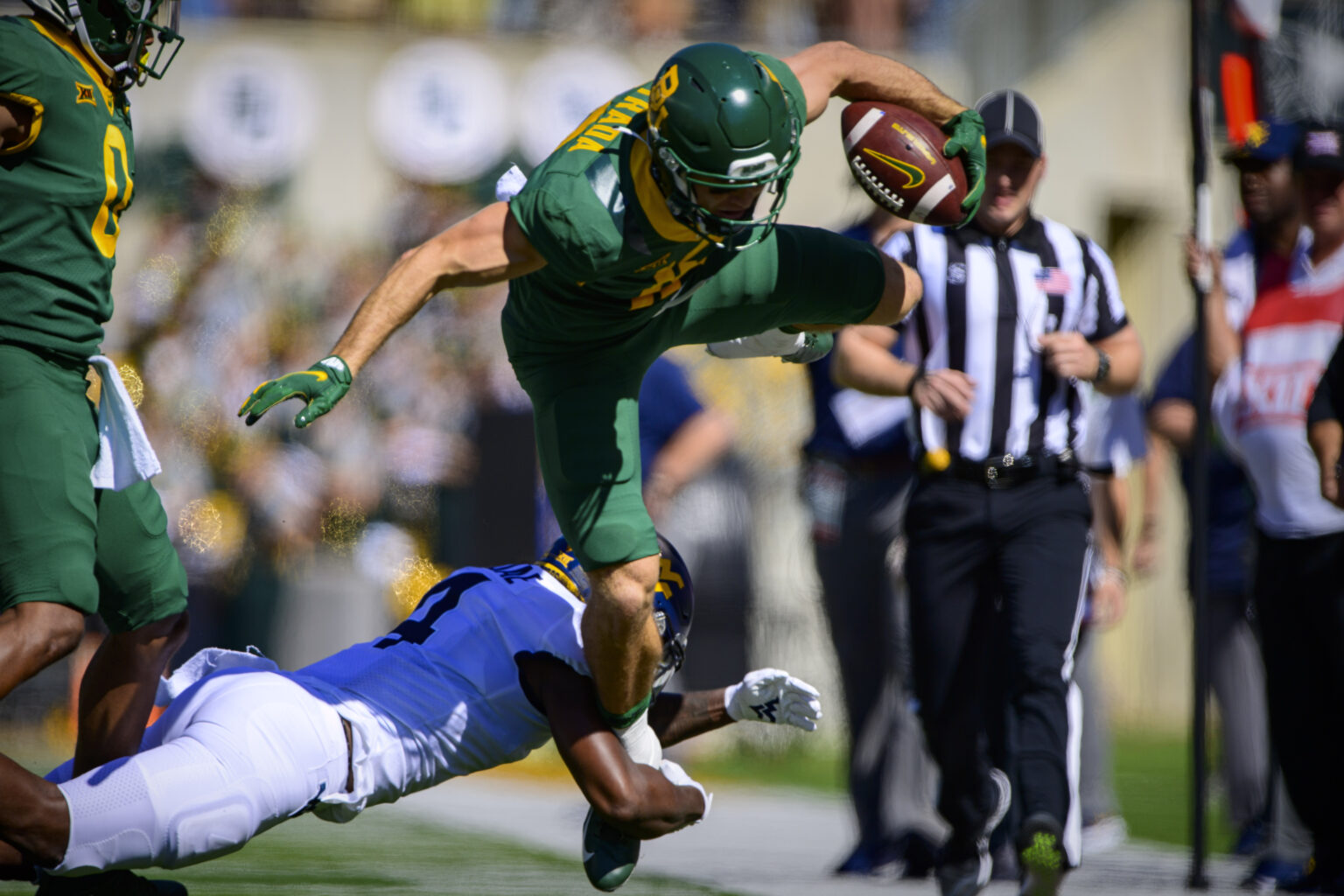 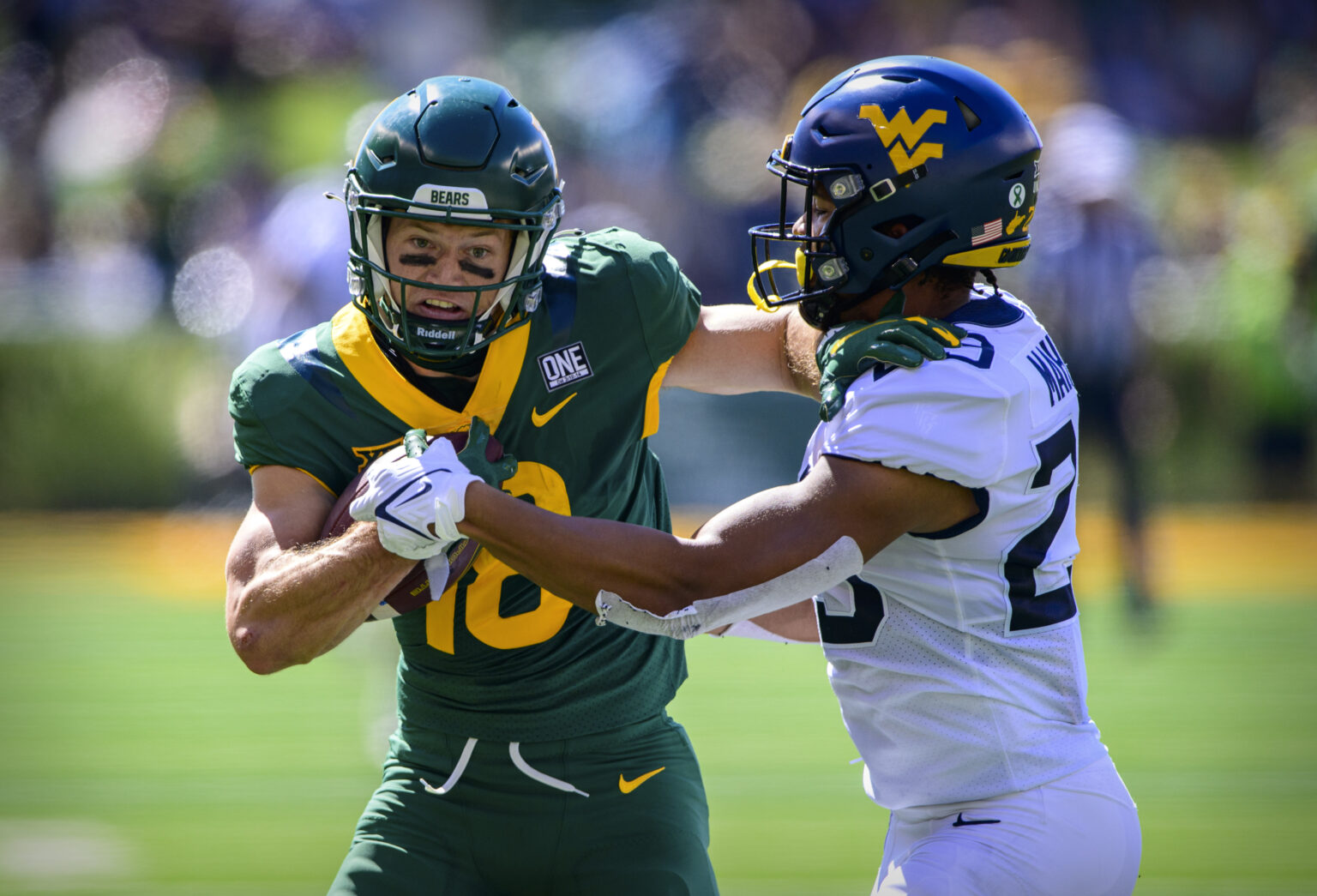 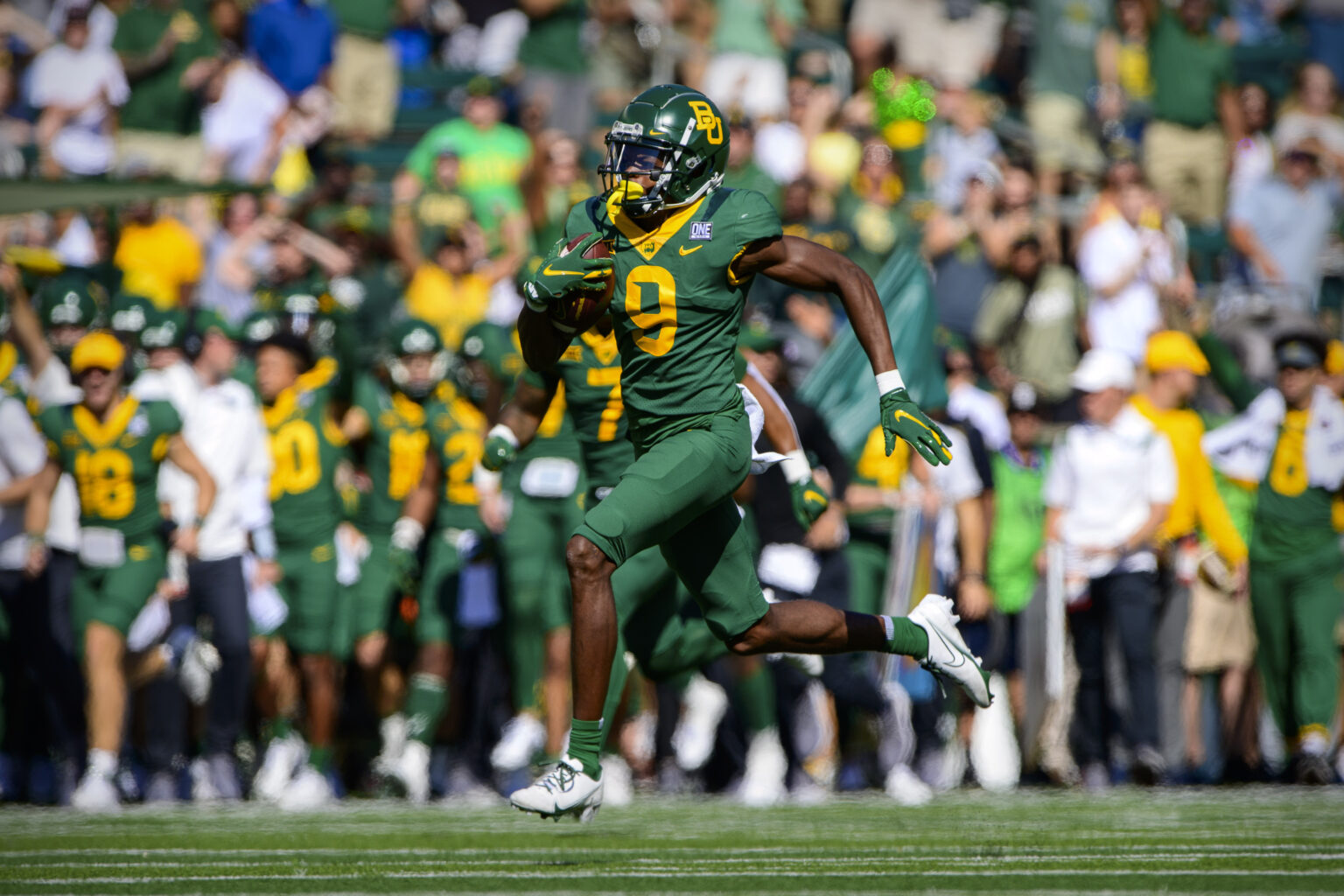 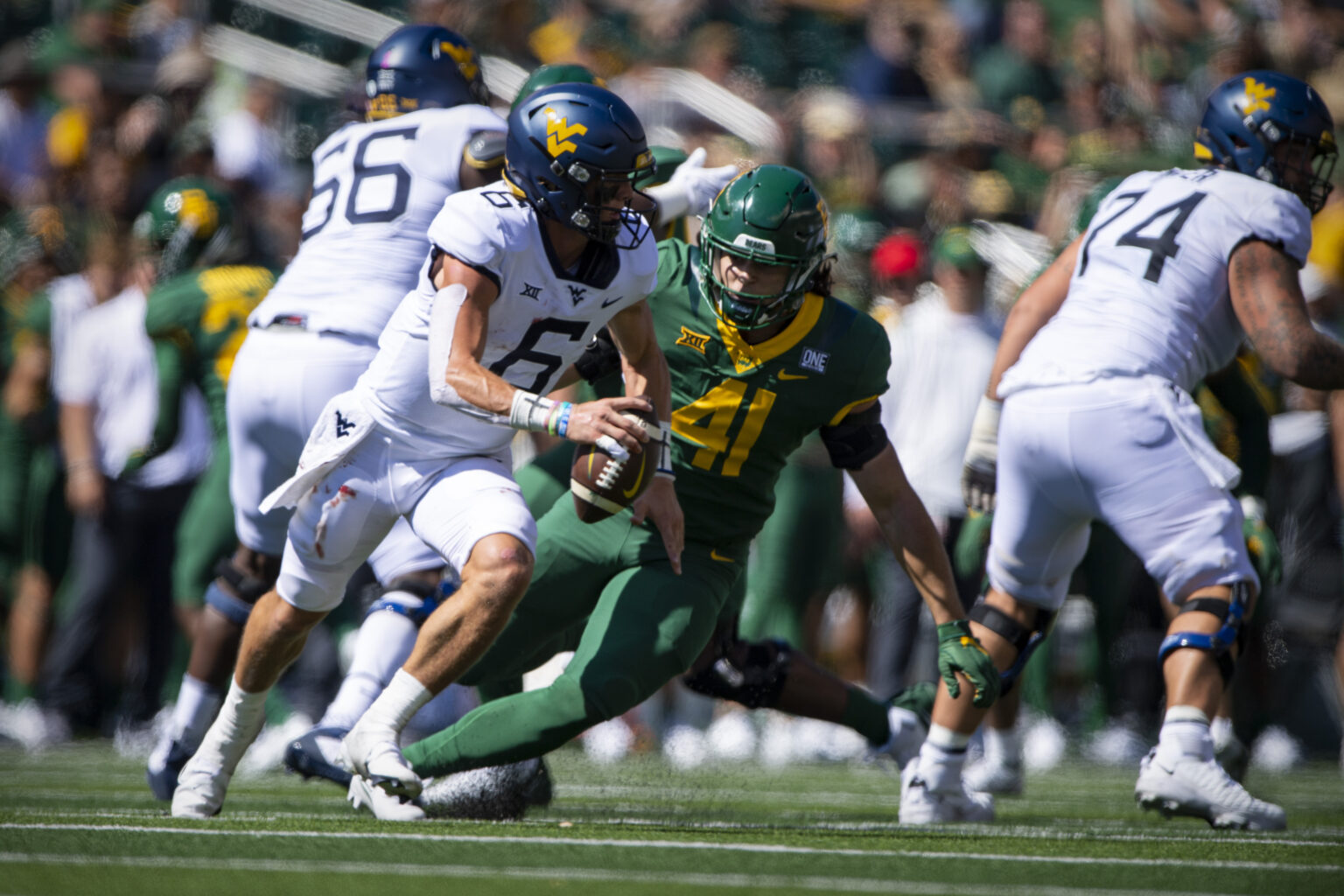 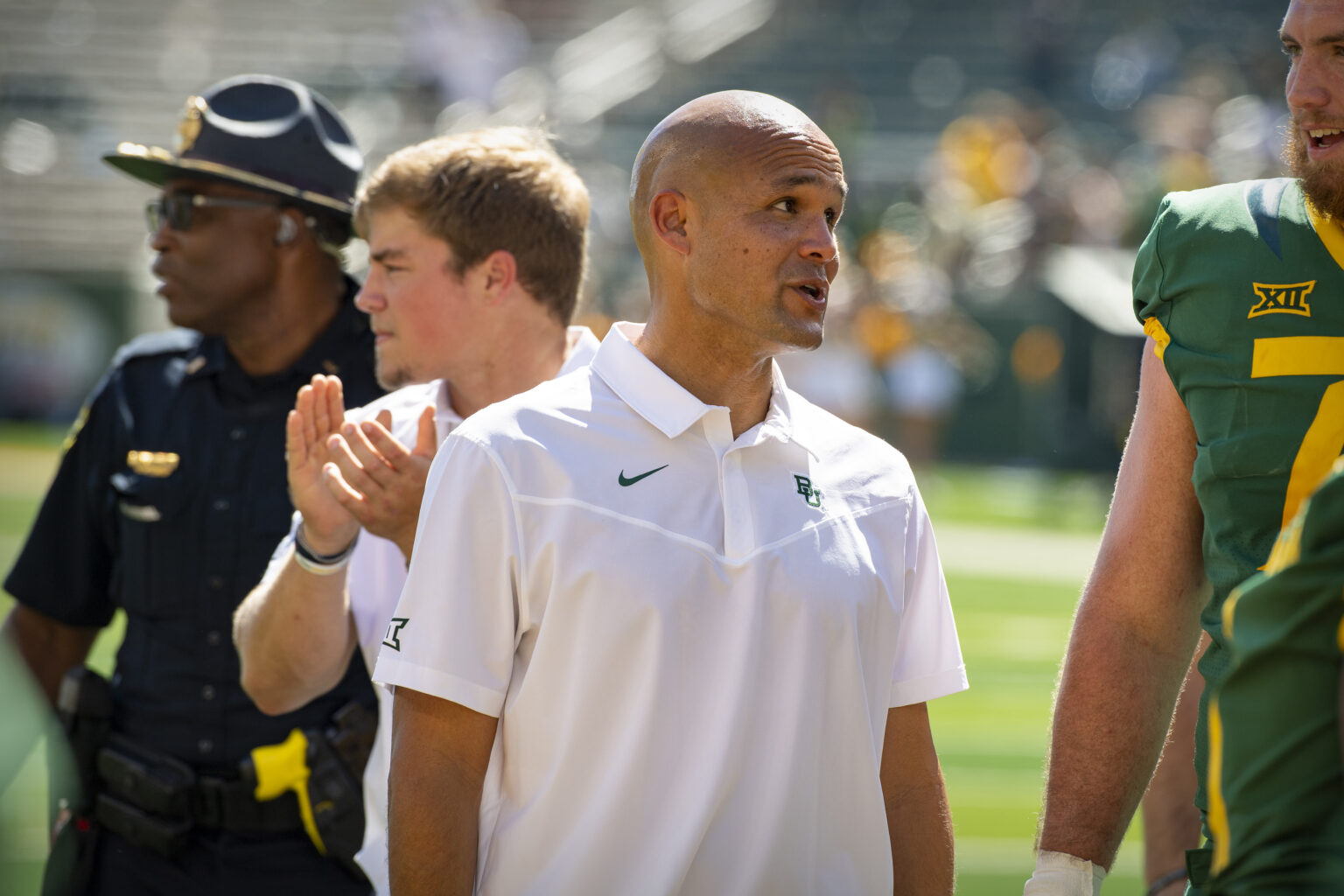 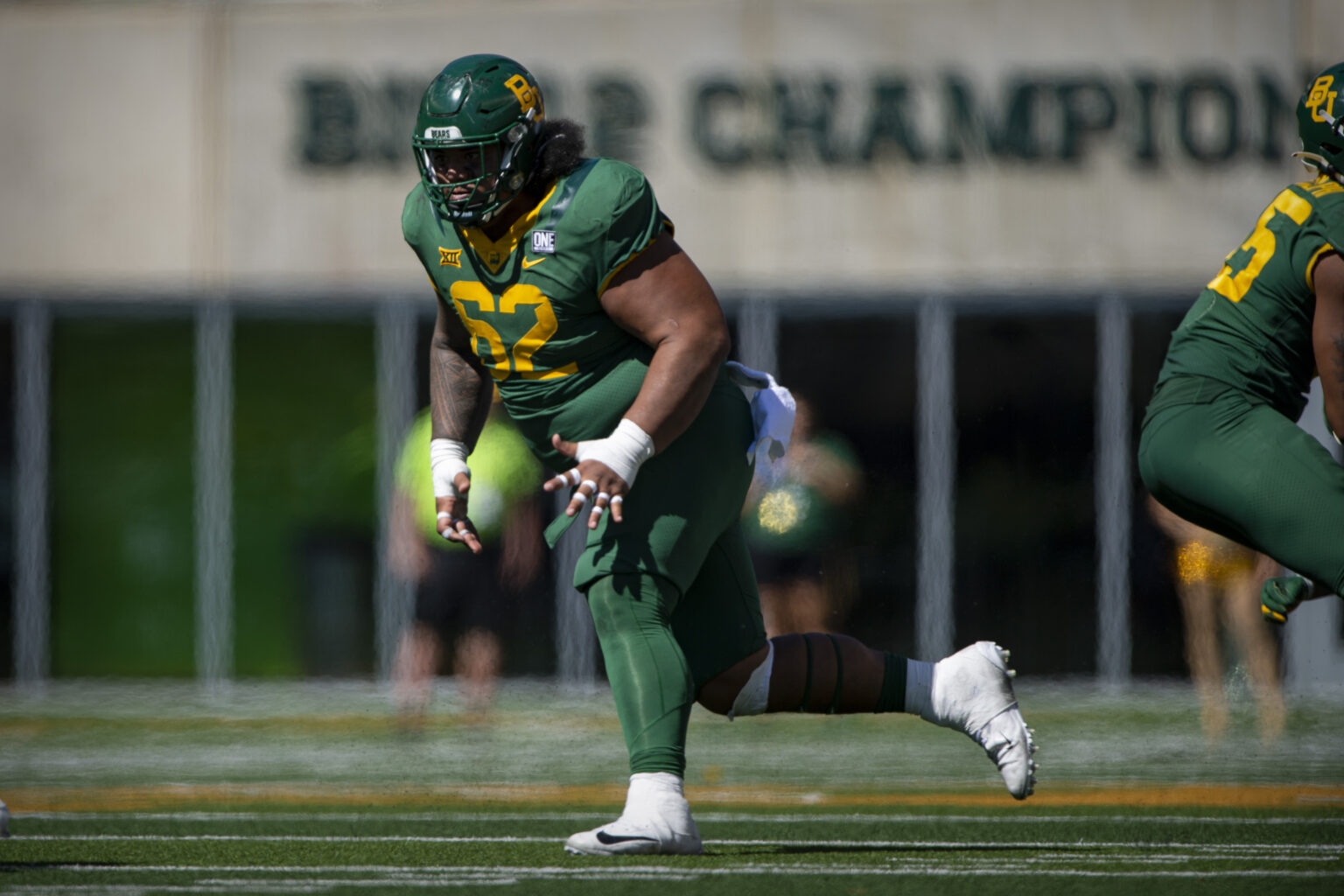 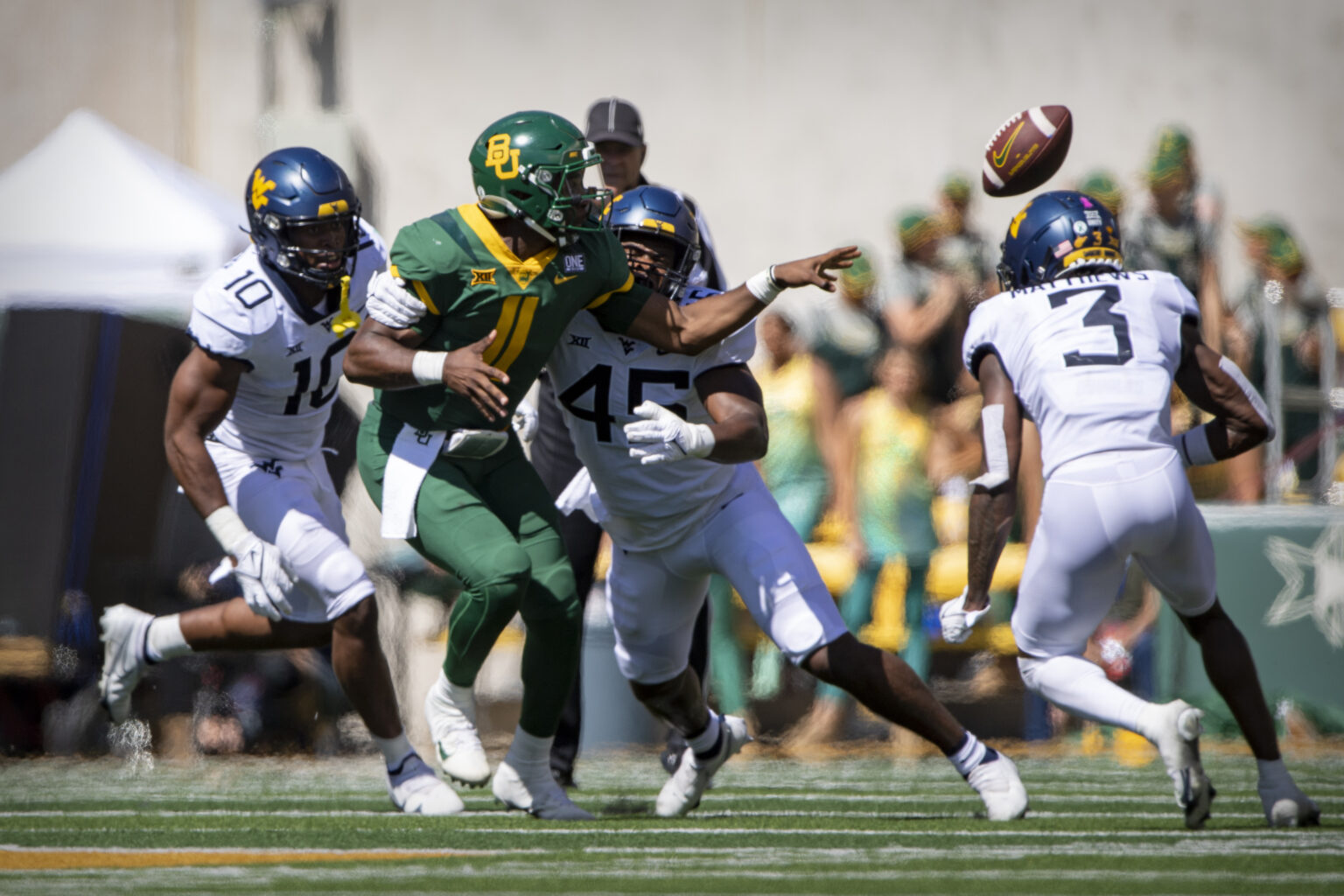 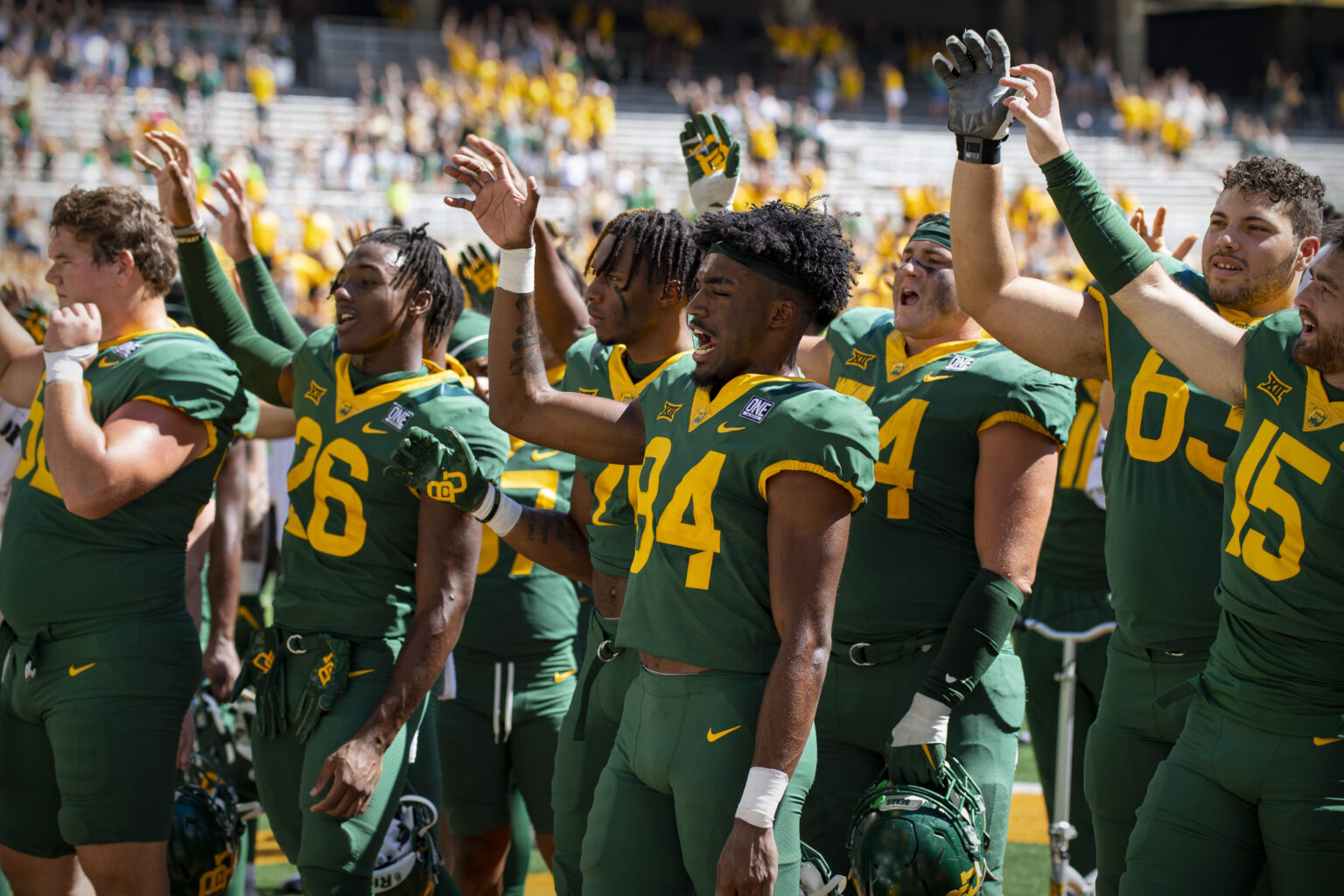 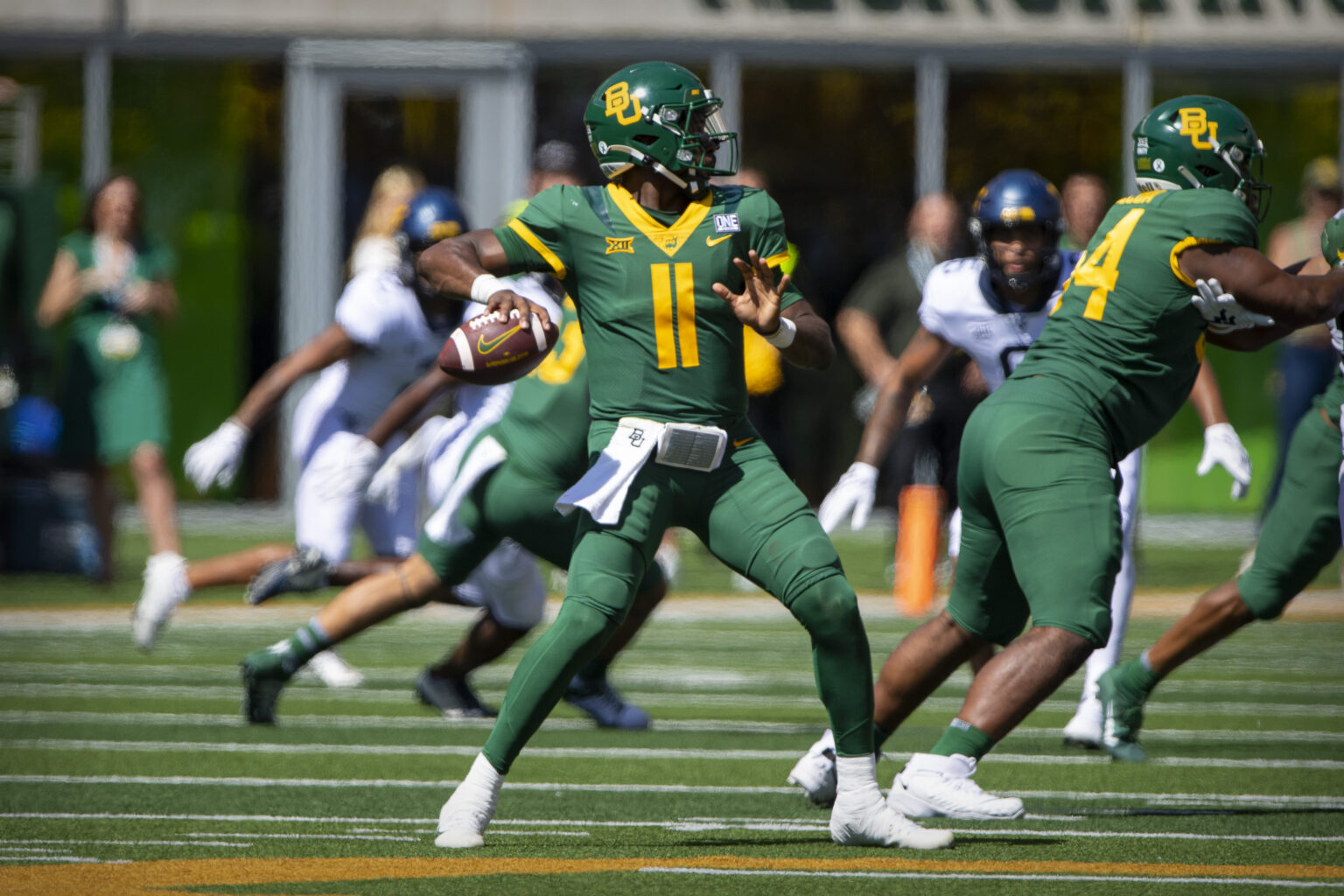 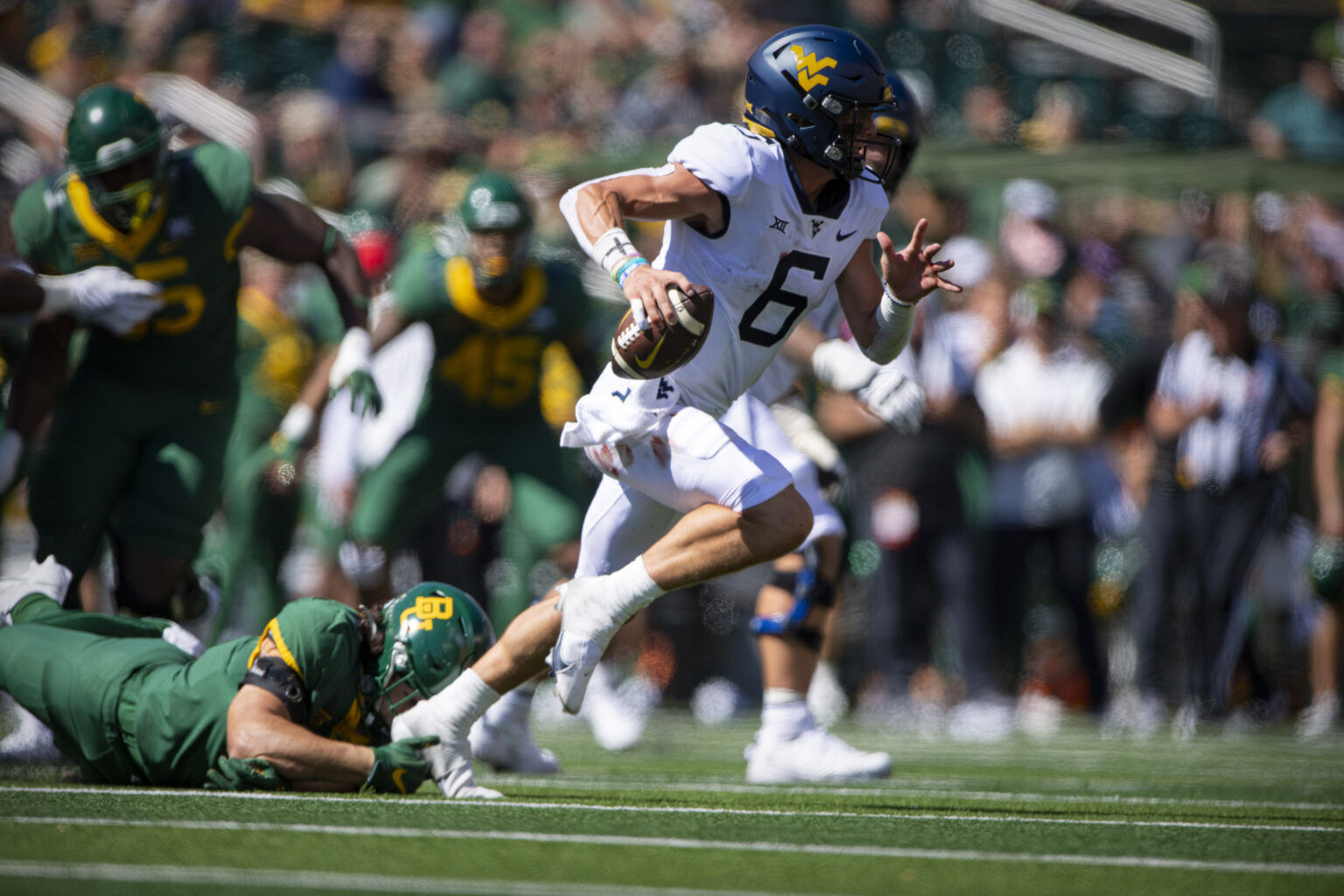 In need of a win to even its record and generate momentum ahead of its bye week, West Virginia put forth its worst showing of the season Saturday in a 45-20 loss at Baylor.

For the second consecutive week, the Mountaineers got off to a slow start, only this time there would be no coming back at McLane Stadium.

Coming off a 14-point showing in last week’s loss at Oklahoma State, Baylor scored touchdowns on its first three series and four of its first five, building a comfortable lead it wouldn’t come close to relinquishing.

“We didn’t consistently block them and we never covered them, so it’s pretty simple,” third-year WVU head coach Neal Brown said. “If you can’t block them on offense and you don’t cover them on defense, it’s going to be a long day — and it was. Disappointing performance; bad football. We weren’t very good today.

“That’s the difference between this game and the rest of them. The rest of them we had a chance in the fourth quarter and didn’t get it done. Today, after about 5 or 6 minutes in the third quarter, we were never it.”

The Mountaineers (2-4, 0-3) suffered through defensive breakdowns early and often and allowed Bears’ quarterback Gerry Bohanon to be comfortable throughout.

The end result was Bohanon, who had surpassed 200 passing yards in two of Baylor’s first five games, throwing for 336 yards, including 272 by halftime. He hit on 18-of-29 throws, and his first completion went for a 75-yard touchdown to Tyquan Thornton on the second play from scrimmage.

“We played soft,” Brown said. “Our underneath [guys] didn’t do a very good job getting out to the flats. We made it really easy for him to pitch the ball out there and complete it.”

West Virginia scored on its opening series when Doege threw a 12-yard touchdown pass to Sean Ryan, despite the Bears’ defense deflecting it. One play before the tying TD, Doege found Sam James for a 53-yard gain.

But that sequence was one of few bright spots for the Mountaineers, and the Bears (5-1, 2-1) produced their second touchdown on Bohanon’s 10-yard pass to an uncovered Ben Sims four plays after converting fourth-and-1 in their own territory.

After Doege was intercepted by Jalen Pitre on the ensuing series, the Bears marched 48 yards and doubled their lead on Bohanon’s 1-yard plunge into the end zone, making it 21-7 with 5:24 left in the first quarter.

“We got exposed a little bit,” Brown said. “Defensively, we’ve played above average at times, but we haven’t been very consistent. We’ve struggled with coverage. They hadn’t shown the ability early to do that as far as throwing the football, but they did today. Bohanon has played well and he hasn’t hurt them.”

Doege was sacked on consecutive plays to end West Virginia’s final first-quarter series, and it proved to be a sign of things to come. Baylor, which entered with six sacks in five games, had all six of the game’s sacks Saturday.

“We didn’t block them,” Brown said. “In particular, our right side. It doesn’t matter if you’re going to run or pass, when you lose 1-on-1 battles over and over and over again, it’s going to be hard.”

Bohanon’s 11-yard TD pass to Thornton 9:52 before halftime upped the Bears’ lead to 28-7, though it appeared Thornton may not have maintained possession long enough on the play. Either way, it was a Bears’ scoring play that came directly after Bohanon’s 58-yard pass to Drew Estrada.

West Virginia answered with a quality drive, but stalled in the red zone and had to settle for Casey Legg’s 29-yard field goal.

That was again the case to start the second half, as the Mountaineers got to the Bears’ 10, but couldn’t reach the end zone and instead cut their deficit to 15 on Legg’s 27-yard boot.

“The effort is there,” said WVU wideout Winston Wright Jr. “The result is not showing it.”

Well aware of his team’s defensive struggles to that point, Brown elected for an onside kick. The Mountaineers had a chance to come away with the football on it, but Estrada did instead.

“From the point in the third quarter when we botched the onside kick,” Brown said, “the game was never close.”

Four plays later, Bohanon found Sims for his second touchdown reception, this one covering 29 yards to give the Bears a 35-13 lead.

After two more Baylor sacks on the Mountaineers’ next series, Abram Smith got in on the scoring with a 31-yard run at the 4:37 mark of the third.

West Virginia spear safety Scottie Young did not make the trip to Waco and missed his first game this season.

“Scottie didn’t practice all week so Jackie [Matthews] got all the reps,” Brown said. “I don’t mean it as a discredit to Scottie, but our inability to cover didn’t have anything to do with him not playing.”

Freshman right tackle Wyatt Milum also did not play in the loss. Brown elected to hold out Milum, who he said was at “75 or 80 percent.”

West Virginia was out-gained 525-362 and struggled to find success on the ground again, rushing for 90 yards.

Thornton had 11 receptions for 187 yards, while Estrada caught four passes for 90 yards.

“Everybody in the locker room needs to evaluate themselves and see where they’re at mentally and physically,” defensive lineman Dante Stills said. “Get rest, come back on Tuesday and just work. That’s all we can do is go to practice and work.”