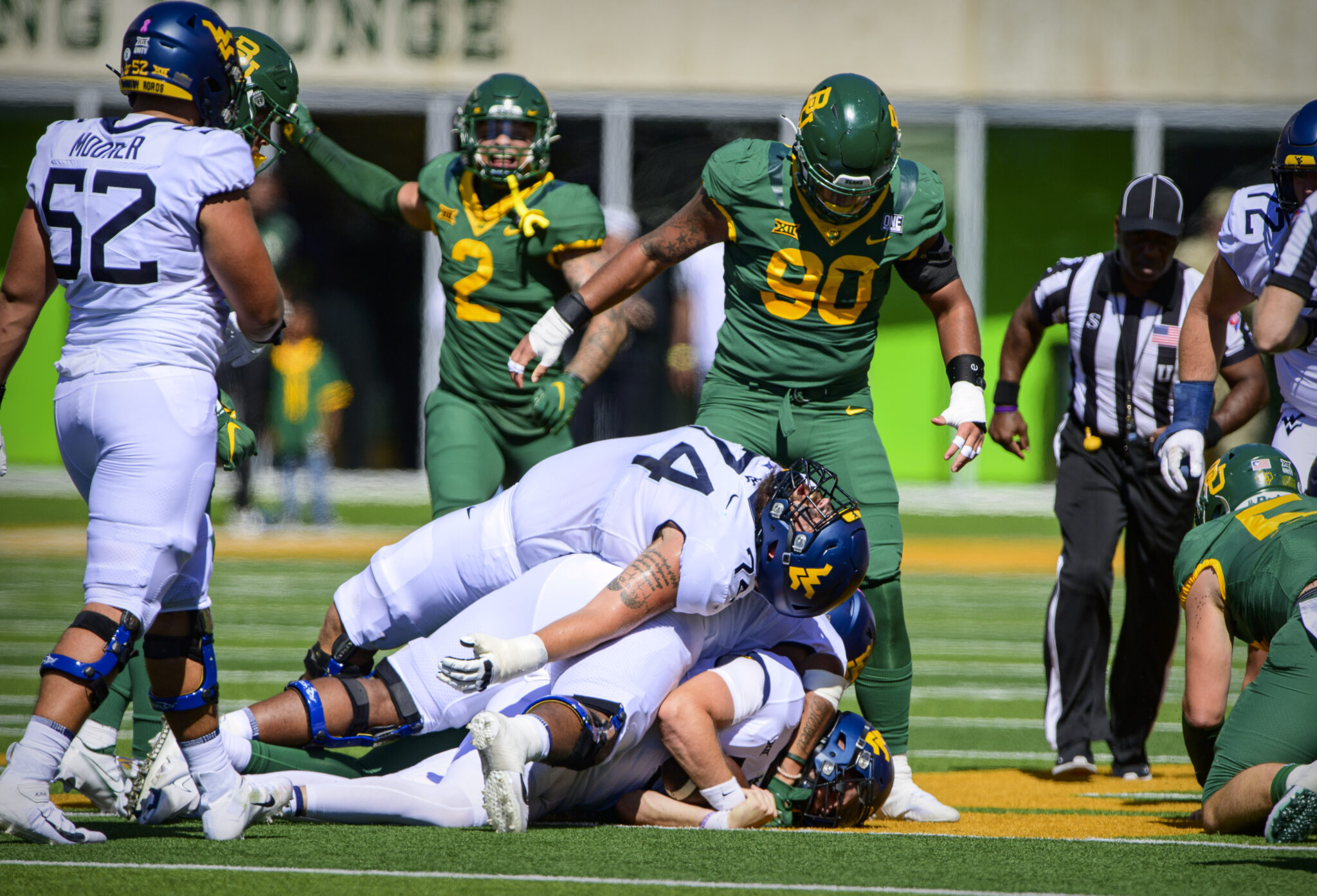 WACO, Tx. — The margins were minimal in West Virginia’s first four games against FBS opponents with each such contest decided by six points or less. On Saturday, the Mountaineers offered little resistance on defense and little production on offense in a 45-20 loss to Baylor. WVU surrendered a season-high 525 yards of offense. Just two plays into the game, the Bears were on the board and a career day for Tyquan Thornton was just getting started. The senior wideout caught eight passes for 187 yards and a pair of scores.

“We haven’t covered Thornton yet,” said WVU head coach Neal Brown. “He may still be out there running wide open. We played soft. Our underneath defenders didn’t do a very good job of getting out in the flats. We made it really easy for them to pitch the ball out there and complete it.”

“I don’t know if there was a time where we had more than one or two plays in a row where we blocked them.”

Was the lopsided scoreline a result of execution or effort? Brown wants to break down the tape before making a full assessment.

“I would say when you get beat like that, it is probably not what you want,” Brown said. “I don’t want to sit here and throw bullets when it is hard to watch from the field level sometimes. I will give you an honest assessment on Tuesday.”

“To be honest with you, I think it is poor officiating,” Brown said. “But I am not going to get into it. We have had issues but it is better for me not to talk about it.”

Several young players like Edward Vesterinen, Andrew Wilson-Lamp, Aubrey Burks and Davis Mallinger saw their most significant action of the season as Brown searches for new combinations on defense.

“What our 1’s have been putting out there is not good enough so I want to see what they can do. That is the one piece of film I am looking forward to evaluating with some of those guys that subbed in the fourth quarter on defense.”

Now 0-3 in league play, WVU’s season has hit the midway point and a crossroads. The bye week has arrived following the Mountaineers’ worst performance of the year.

“Everyone in the locker room just needs to evaluate themselves and see where we are at,” said WVU senior defensive lineman Dante Stills. “That’s all we can do, just go to practice and work.”

“The whole team is probably beat up,” said WVU junior receiver Winston Wright, Jr. “This bye week is coming at a good time. Everybody can come and get their bodies right, get their minds back fresh and just start a new slate.”