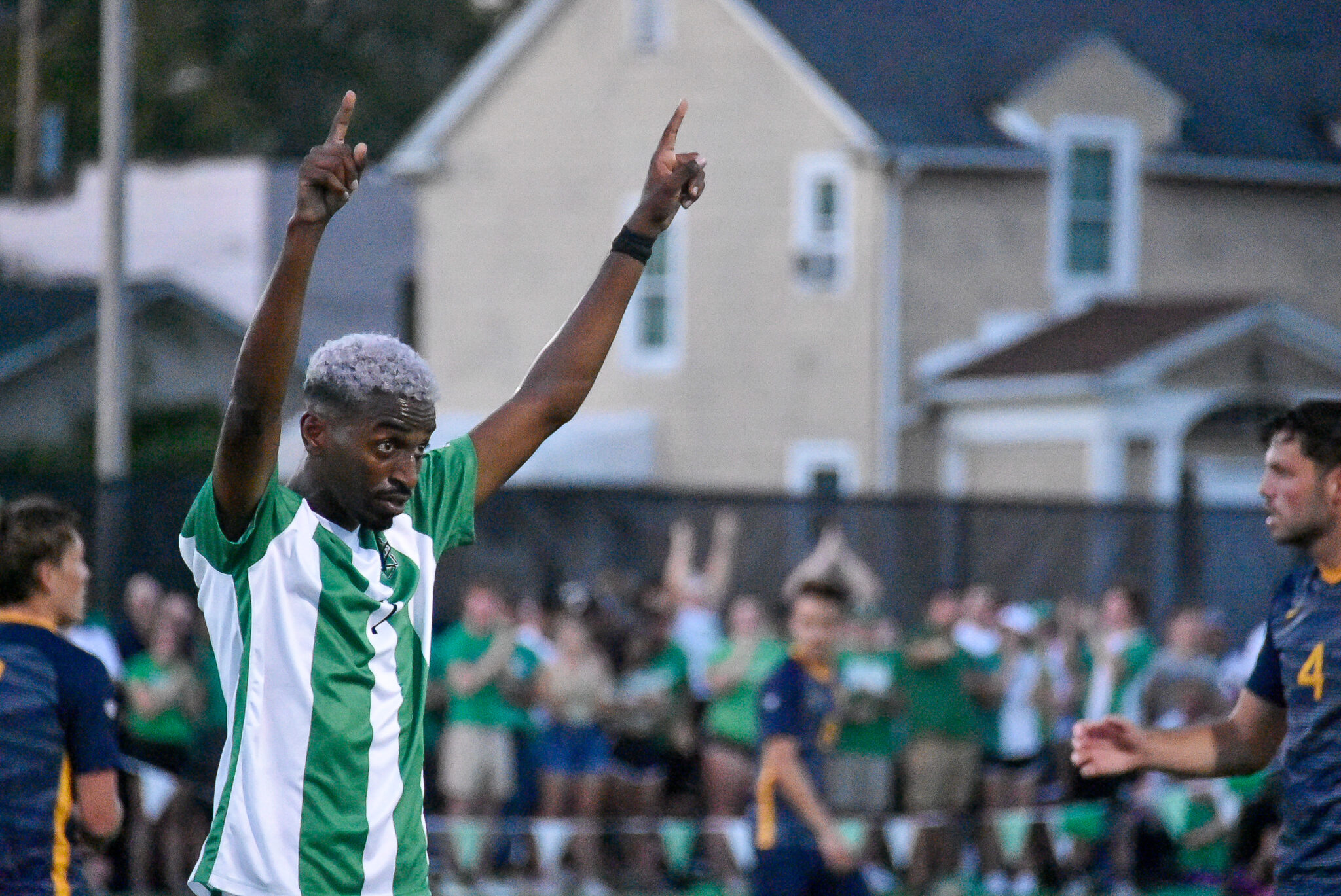 Marshall won at Florida Atlantic to improve to 7-1-3. (Photo by Angie Shockley)

Pedro Dolabella, Milo Josef and Vitor Dias each scored a goal and keeper Oliver Semmle kept an opponent off the board again as No. 5 Marshall defeated Florida Atlantic, 3-0, Saturday night in Conference USA soccer at FAU Stadium.

Dias got the scoring started when he put a cross in the net with Alves Gabriel and Joao Souza getting an assist each at 14:57.

Josef followed with a score at 22:36 on setups by Dolabella and Vinicius Fernandez. Josef sent a cross into the right side of the goal.

Dolabella, who is on a scoring roll, made it 3-0 at 55:10 when he put a shot in after Owls keeper Neil Strauber stopped a shot by Souza. Dolabella now has seven goals and five assists for 19 points. He was named C-USA Offensive Player of the Week last week. Marshall totaled seven shots on goal.

Semmle had to make just one save for his fifth shutout of the season and 16th in his career. The Herd hasn’t given up a goal since a 2-2 draw against West Virginia on September 17. The lone loss came August 29 against Virginia Tech, 3-2, in a match played in Harrisonburg, Va.

This marks FAU’s first match without a goal this season. The Owls had scored 21 goals entering the match regarded as their biggest test of the season. In the overall series, the Herd now leads 6-5-1.