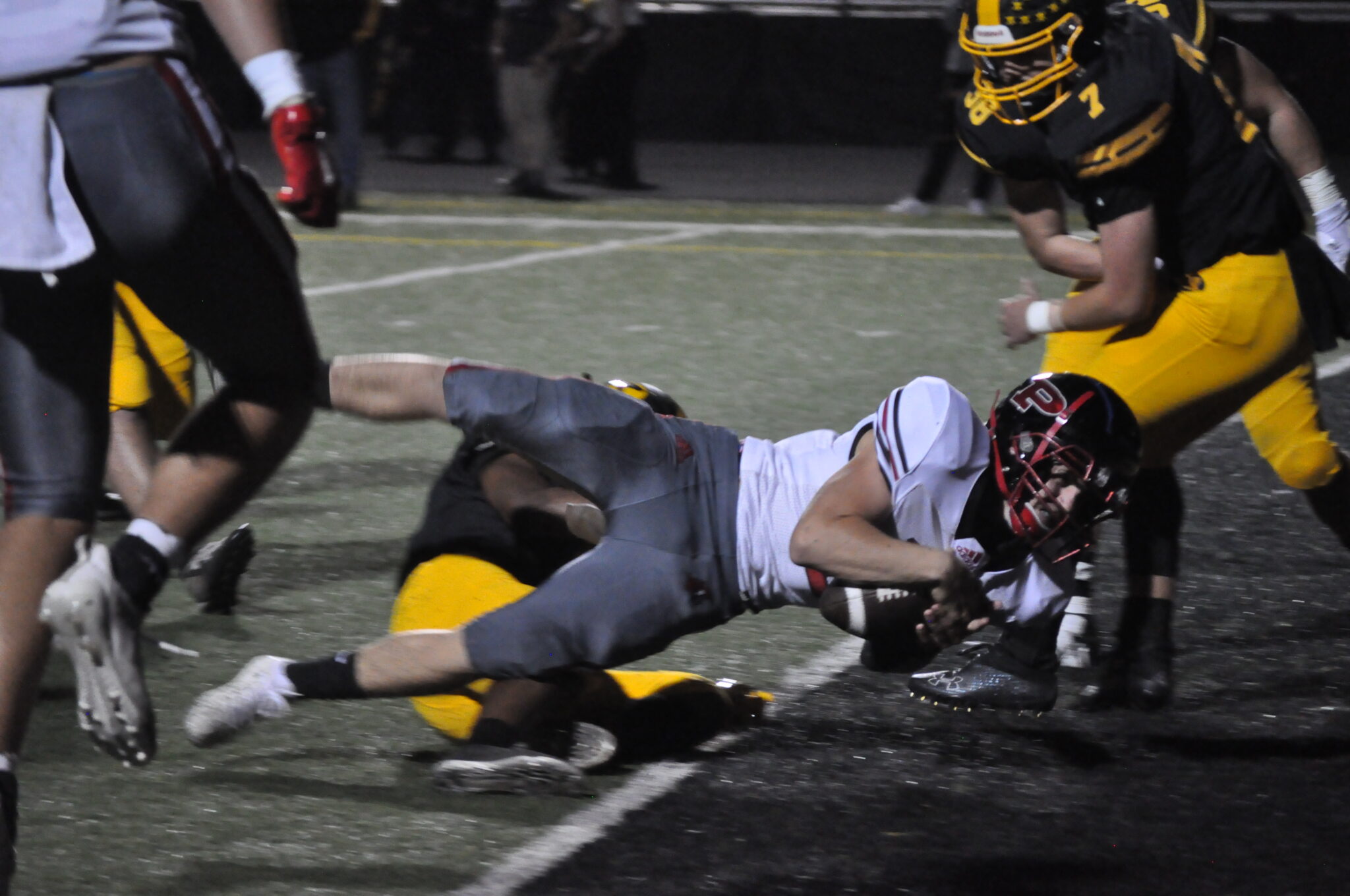 Veteran Point Pleasant football coach David Darst was unsure what kind of team the Big Blacks would field in 2021.

The combination of breaking in a wealth of new players and coming off an abbreviated 4-3 campaign in 2020 were contributing factors to Darst’s uncertainty. When PPHS lost its season opener to Greenbrier East 32-22, perhaps more doubt set in for Darst, now in his 15th season overseeing the Big Blacks.

Six weeks later, however, Darst’s team is not only on track to qualify for the postseason, but a top 5 seed and playoff run in Class AA are well within reach.

Since the season-opening setback, the Big Blacks have rattled off five straight wins, most recently prevailing last Friday at Keyser, 35-33 after stopping the Golden Tornado on a late two-point try.

“That was great out of the kids do that,” Darst said. “That’s going to help us grow up a little bit. We’re a young football team. I know we’re winning, but we’re still trying to find that identity in what we are.”

With his team having surrendered at least 20 points in five of six contests, Darst wants to see the Big Blacks improve defensively to reach a level he desires them to be at.

“Defensively, when we get into first and second-round playoff games, we’re going to have to do a lot better job and not give up the cheap stuff,” he said. “We gave up some cheap stuff [at Keyser] that I was really disappointed in, but overall, I can’t be too disappointed.”

Yet offense has rarely been an issue for Point Pleasant, which has scored at least 22 points in all six games and totaled 217 over its five victories.

Only Herbert Hoover, Independence and Grafton have a higher point total in Class AA than the Big Blacks’ 239, and 12 teams in the state have scored more points.

Junior Evan Roach has excelled in his first year as the starting quarterback. After playing running back for much of 2020, the dual threat has benefited from being able to rely heavily on junior tailback Gavin Jeffers. Barring injury, both players will finish the season with more than 1,000 rushing yards and double digit touchdowns on the ground.

“We’ve been a little bit more ground-based lately, but we’ve been trying to work into the passing game,” Darst said. “I’m breaking in a new quarterback, and I had one last year [Hunter Bush] that threw for 1,500 or 1,600 yards. He’s doing OK though. Last year we were 50-50 balanced right down the line passing and running. I don’t see us being there this year, but I want to be a 12 to 15 passes a game type of team with this group.”

Six-foot-4 junior Cody Schultz is a primary target when the Big Blacks go to the air. Schultz made catches of 22 and 21 yards during a second-quarter series at Keyser, the latter of which was good for a touchdown.

“You throw the ball up, he’s going to make plays,” Darst said. “I’m blessed to have him.”

In addition to overcoming its loss to the Spartans in the opener, Point Pleasant has proven it can beat quality competition and win close games.

The Big Blacks’ first victory came on a late touchdown that allowed them to get by Gallia Academy (Ohio), 26-22. Since then, Point Pleasant has knocked off Mingo Central, Oak Glen and Lincoln County, before hanging on for the victory over Keyser following a 215-mile trip to the Eastern Panhandle.

“You have to account for everybody on their offense,” Keyser head coach Derek Stephen said. “He’s not just a pocket passer; he has some wheels on him and he threw the ball around. I thought we did a good job of keeping them in check for the most part, but on third down they got a couple big gains on us. It’s hard to account for when you have a quarterback, a running back, a wide receiver and a tight end that they can get the ball to.”

PPHS is No. 4 in the latest West Virginia Secondary School Activities Commission playoff ratings and in position to compete for a top 3 seed.

With a career record of 120-40 and playoff appearances in 12 of his previous 14 seasons, Darst has seen his fair share of success with the Big Blacks. But Point Pleasant lost in the first round of the postseason in 2020 and didn’t qualify in 2019, leaving the Big Blacks without a playoff win since 2018.

A program celebrating its 100th season of football hopes to change that in the coming weeks, and continuing on its current path provides the best opportunity to do that.

The Big Blacks have another lengthy road trip in store for Friday’s matchup at Wyoming East. They’re then scheduled to host Man and Ripley in consecutive weeks, before concluding the regular season at Winfield.

“We break the film down, come back Monday and go through the whole process of what we always do every week,” Darst said. “There was a lot of mistakes made [at Keyser]. We’re able to see the play after the play [on the sideline], so we know what’s going on. But in the middle of a game, sometimes kids don’t react the way you want them to react.

“We’re going to look at the three or four offensive plays that really we didn’t do a very good job on and that’s our emphasis early in the week. We really work on those plays, especially if they’re plays that we know we have to have in our offense in order to be successful.”