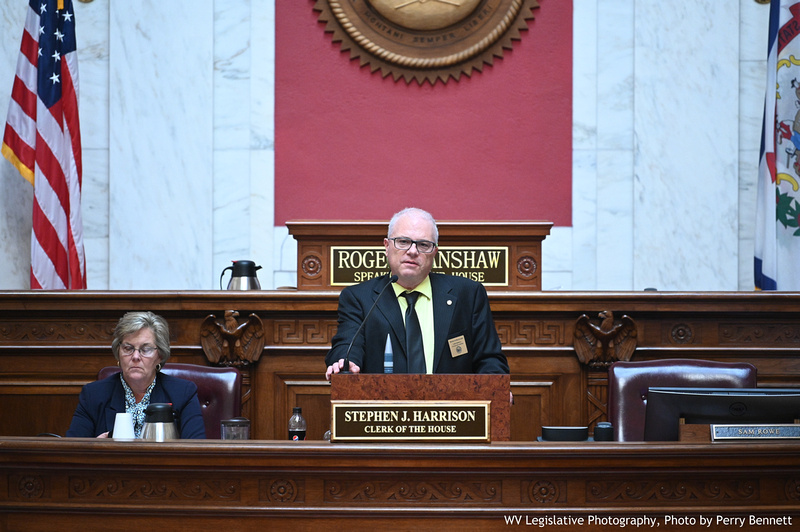 The House Redistricting Committee settled on a map with a north-south orientation for West Virginia’s two new congressional districts.

The map, if adopted, could result in a primary battle between incumbent Republican congressmen David McKinley of Wheeling and Alex Mooney of Charles Town. Congresswoman Carol Miller of Huntington would not have to face challenge by another incumbent.

The map, which is similar to one under discussion in the state Senate, now goes to the full House for consideration.

The House Redistricting Committee adopted the map after just a few minutes of discussion during a meeting this afternoon. No delegates expressed opinions about the map during the meeting, but Delegate Shawn Fluharty, D-Ohio, did ask questions of the analyst for the redistricting committee, Jeff Billings.

“So we had numerous proposals. I’m just wondering what the methodology was for deciding on this one,” Fluharty said.

“The compactness tests were better than the others on the north-south districts,” Billings said.

Fluharty took note of how the proposed map could affect congressional incumbents.

“Did they have any input into the drawing of this map?” Fluharty asked.

“I don’t think so. I didn’t talk to them,” Billings replied.

This process is taking place because of the constitutional redistricting requirement kicked off each decade by a new Census. West Virginia is losing one of its three congressional seats, so lawmakers have had to consider how to split the state into two districts.

Lawmakers are also considering the redistricting of state House and Senate maps. Gov. Jim Justice called a special session for that process.

A public hearing about redistricting is scheduled for 8 a.m. Wednesday in the House of Delegates chamber. It will be live-streamed, but participants who wish to speak must be present and must sign up to speak between 7 to 8 a.m.