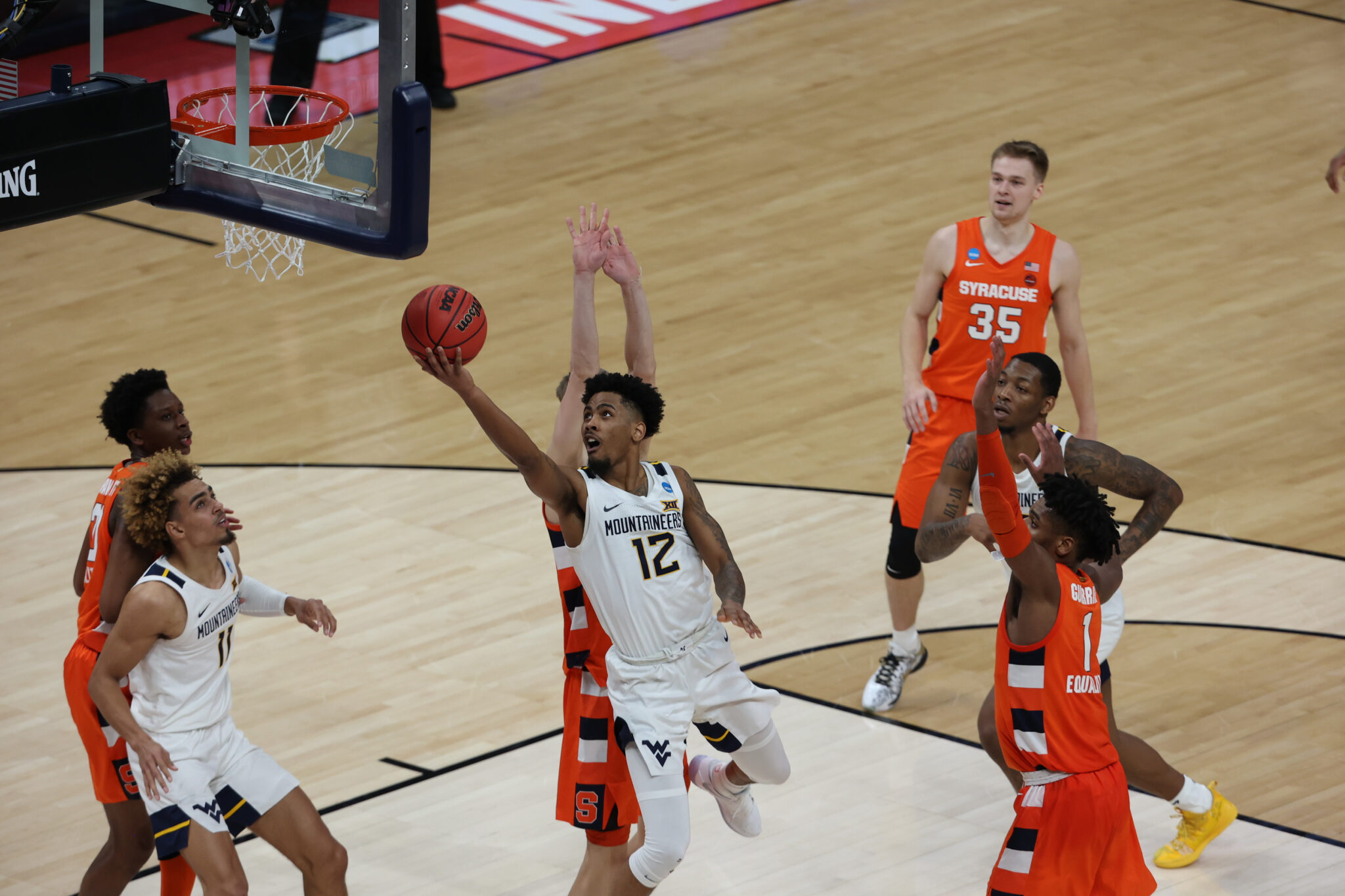 West Virginia guard Taz Sherman (12) goes to the basket in the second half against the Syracuse Orange in the second round of the 2021 NCAA Tournament at Bankers Life Fieldhouse. Mandatory Credit: Trevor Ruszkowski-USA TODAY Sports

The Big 12 announced Wednesday its men’s basketball preseason awards, as voted on by the league’s coaches. Sherman is one of seven honorable mention selections.

Sherman increased his production last season, which was his second at West Virginia. He averaged 13.4 points in 24.4 minutes, while shooting nearly 36 percent on three-pointers and better than 87 percent on free throws.

Sherman and backcourt mate Sean McNeil are expected to be focal points of West Virginia’s offensive attack in the upcoming season.

Martin, an Arizona State transfer, is the preseason player of the year.

A three-time All-Pac 12 selection with the Sun Devils, Martin averaged 19.1 points last season and arrives at KU with 1,754 career points.

Carr, a Minnesota transfer, is the preseason newcomer of the year. He was a two-time All-Big Ten selection and third in the conference in scoring average last season at 19.4 points.

Six-foot-8 Kendall Brown of Baylor is the preseason freshman of the year.

The Big 12 will announce its preseason poll Thursday.