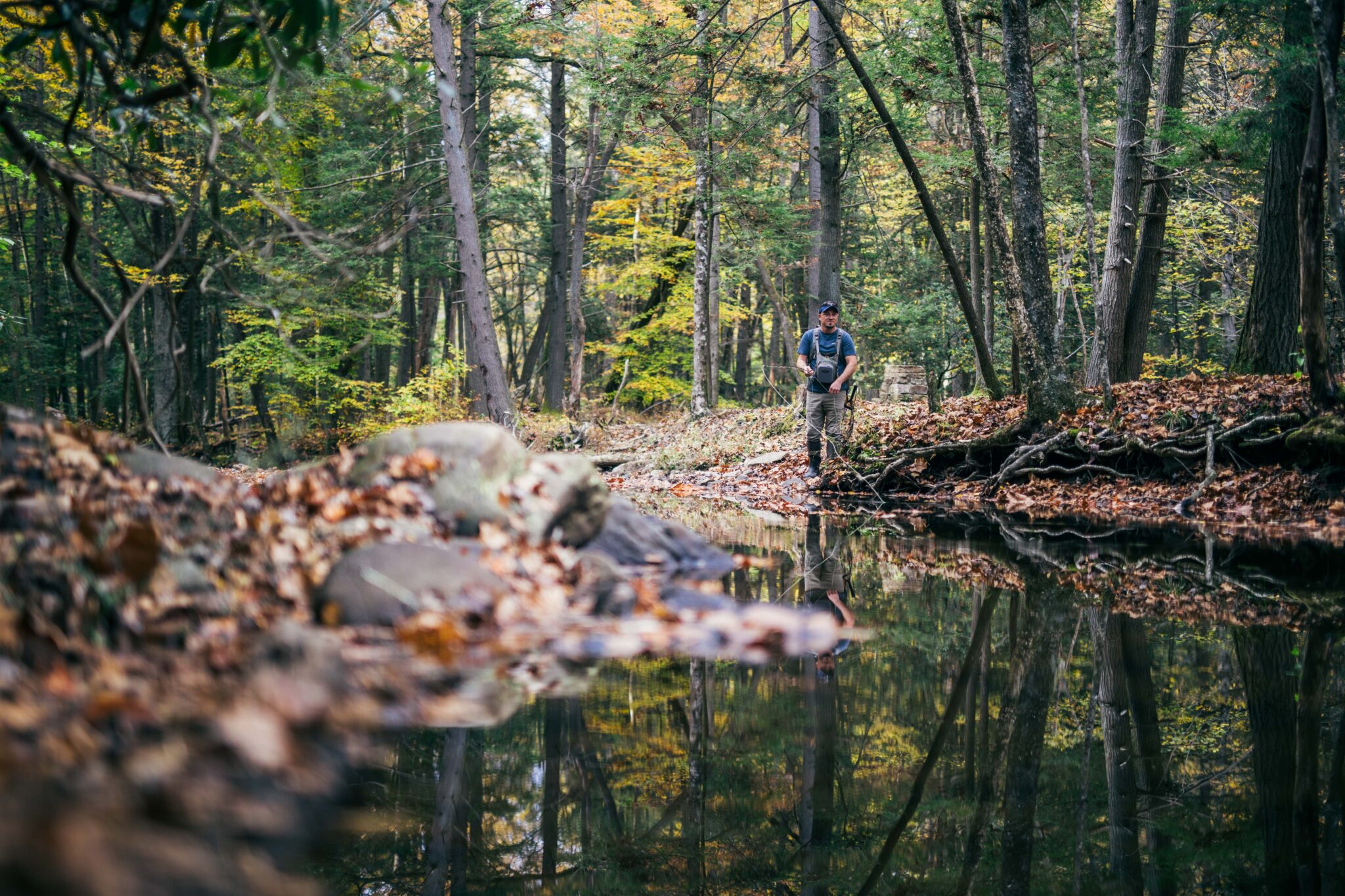 ELKINS, W.Va. — West Virginia’s fall trout stocking gets started Monday in the state’s higher elevations. The traditional season which coincides with a number of hunting opportunities always runs for two weeks and is extremely popular among many West Virginia sportsmen.

“Originally it was kind of set up to correspond with small games seasons, but obviously over the years those have changed. So it doesn’t really correspond with those anymore, but it’s still very popular,” said Jim Hedrick who is the Hatchery Systems Manager for the West Virginia Division of Natural Resources.

Historically the stockings began the week of Columbus Day, but a few years ago, the decision was made to delay them a week, which puts anglers on a mountain stream very close to the peak of fall leaf color. The environment adds to the experience. The delay also helped make a difference in atmospheric temperatures and enabled conditions to be just a bit cooler on those mountain waters.

Water flows are always a wild card in the fall. Some years are better than others, but generally the highest mountain streams can drop to barely a trickle in some years. Officials with the DNR are careful to about where they stock the fish.

“Right now they’re fairly good and we’re expecting some more rain. We had some record low flows back in July, but we’ve gotten some rain, but we’re still on the low side. Our staff has to pick and choose locations. Anglers have to be aware that every location typically stocked in the spring, might not necessarily be stocked in the fall,” he said.

There are 39 waters stocked in the fall, 27 streams and 12 lakes.. They are larger streams in the highest elevations. to make sure water temperatures are adequate to sustain trout once they are stocked.

The fall stocking also gives a chance for hatchery personnel to clean out fish which have reached the end of their rotation as brooder fish.

“We’ll be stocking brood trout and obviously our staff want to make sure those fish have enough water to survive,” Hedrick said.

The fish stocked in the fall not only survive, but generally survive through the winter months and are available when anglers return for the spring.

Outdoors
W.Va. Bowhunters Association raises concern over crossbow harvest figures
WVBA President Rusty Reed wants the DNR to separate archery and crossbow kills in reporting and fears the harvest with crossbows is growing to a level it might have to be addressed and possibly curtailed in future years.
By Chris Lawrence
Outdoors
Hunting season offers an annual windfall for meat processors
The deer harvest enables those skilled in butchering to pickup a nice holiday bonus in what has become a cottage industry in West Virginia.
By Chris Lawrence
Outdoors
West Virginia's most popular hunting season is here
Between 250,000 and 300,000 hunters will hit the woods at first light Monday in hopes of spotting the big one.
By Chris Lawrence
Outdoors
W.Va. hunters might encounter deer with a collar, don't be alarmed.
DNR is working on a whitetail deer research project in three areas of West Virginia as the 2021 buck season gets started.
By Chris Lawrence
View AllHoppy's Commentary