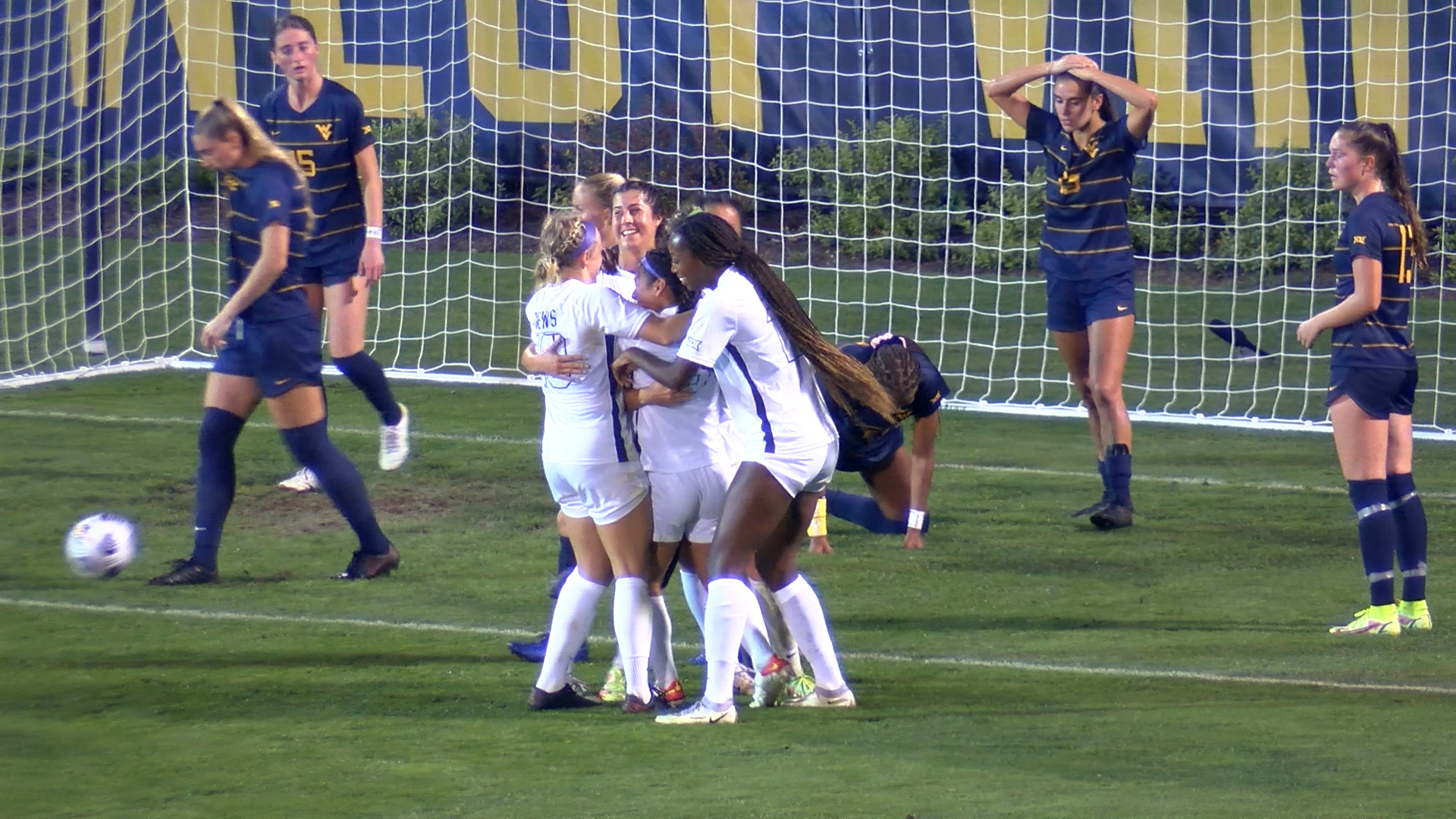 MORGANTOWN, W.Va. — No. 11 TCU scored on their second shot on goal in the 77th minute to defeat West Virginia, 1-0 at Dick Dlesk Soccer Stadium.

Oli Pena scored off a TCU (12-2-1, 4-1-1 Big 12) corner kick with 13 minutes remaining in the match to hand the Mountaineers their second consecutive defeat.

“I thought we played well enough to win tonight,” said WVU head coach Nikki Izzo-Brown. “Unfortunately we didn’t finish our chances. Lilly [McCarthy] hits the crossbar. Gabrielle [Robinson] hits the crossbar. Chloe [Adler] had a good look on a second ball off a corner. The difference was that TCU finished. To be honest with you, in the numbers, West Virginia came out on top instead of finishing.”

Lauren Kellett made four saves in the TCU net to pick up the shutout victory. The Mountaineers are now winless in their last three matches with two losses and a draw.

“I thought the effort — those girls were working tonight. Unfortunately, we just couldn’t get that one finish we needed, if not two.

“I think it is one thing if they don’t come out with that enthusiasm and that effort creating chances. But now, it is just putting the ball in the back of the net.”