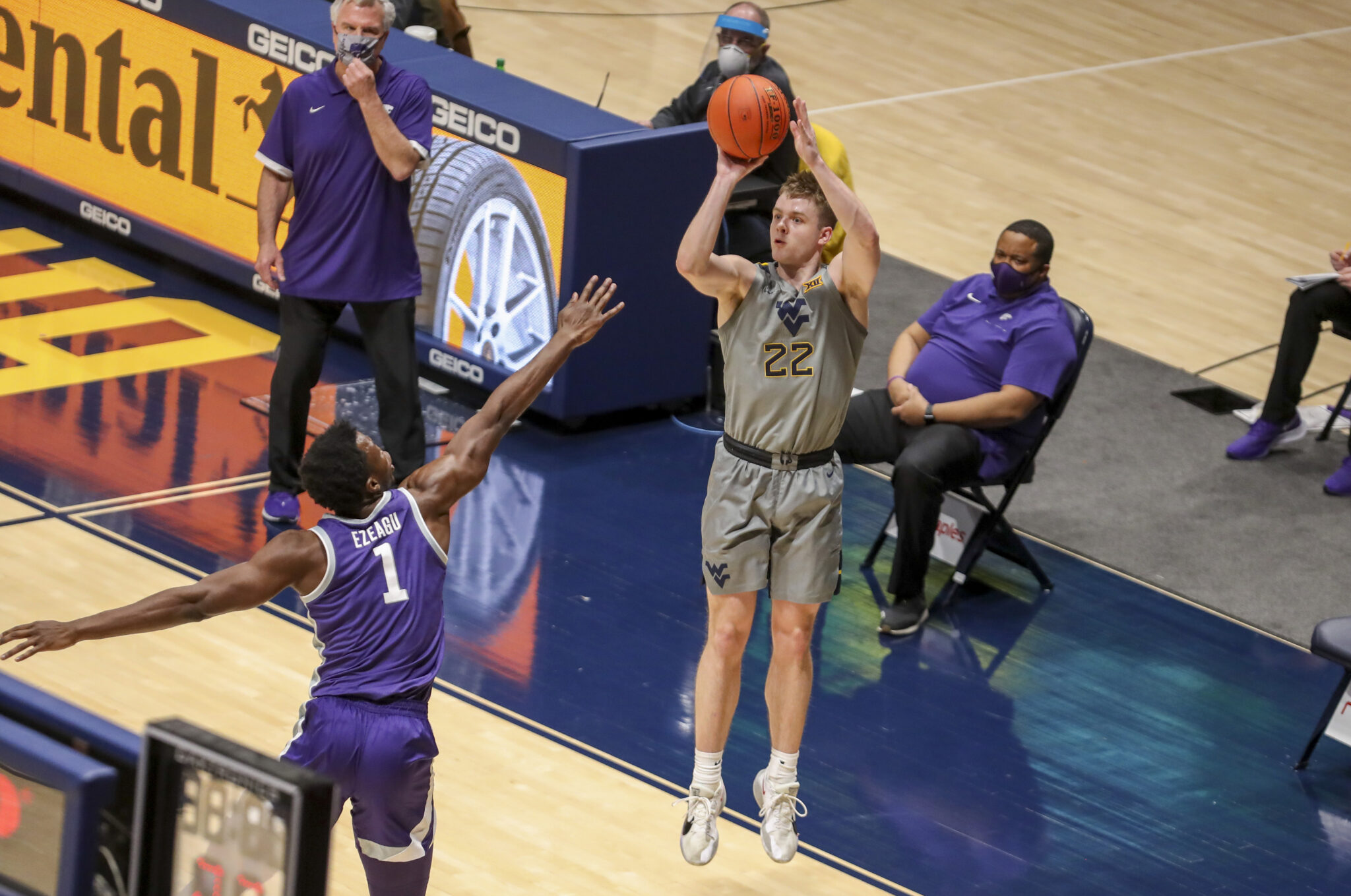 MORGANTOWN, W.Va. — As constructed, the 2021-2022 WVU men’s basketball roster has the look of a team that can score the basketball at a healthy clip. Sean McNeil did just that particularly late in the season a year ago. In his first season as a starter, he finished fourth on the team in scoring at 12.2 points per game. Over the last eleven games, he averaged 15.5 points per contest. With a strong finish to his junior season, McNeil entered the NBA Draft process before deciding to return for another year in Morgantown.

“I had more feedback and good feedback that I expected,” McNeil said. “I heard from probably around ten teams and worked out in Cleveland. That went really well. There’s been a couple guys in here already so hopefully it just continues to flourish. But I am trying to keep the main thing the main thing right now. We’re getting ready to get underway here.”

Primarily a spot-up shooter, 61 percent of McNeil’s field goal attempts came from beyond the arc last year. His challenge this season is to expand his game, knowing that Deuce McBride is no longer beside him in the backcourt to create late in possessions.

“This year I know that me and Taz [Sherman] kind of have that responsibility late in the shot clock or whatever it may be to create our own shot and get our own bucket.”

West Virginia will feature a guard-heavy lineup this winter with Taz Sherman joining McNeil in the backcourt. It is expected that a four guard lineup could be used, adding more space on the floor for McNeil to operate.

“It is a different play style. We have a lot of guys that can go in and out. I think people like watching up-and-down and a little quicker-paced game. So it will be fun.

“There’s a ton more room, especially in practice. My first two years here, I would usually take one or two dribbles towards the paint and I would have nowhere to go. Now I can take maybe three dribbles and get down into the paint and there’s still a little bit more room to play with.”

In addition to working on quickness and ball handling, shooters always work on their range. McNeil says his range continues to expand.

“Anywhere across half court. Almost Pittsburgh,” McNeil joked. “The coaching staff, we kind of had some conversations and it is how it is, they rely on Taz and me a lot more now. We obviously have to produce. I am not putting pressure on myself. Obviously, knowing the responsibility I have to do and it is a team thing. I am trying to play for the guy next to me and so is everybody else.”