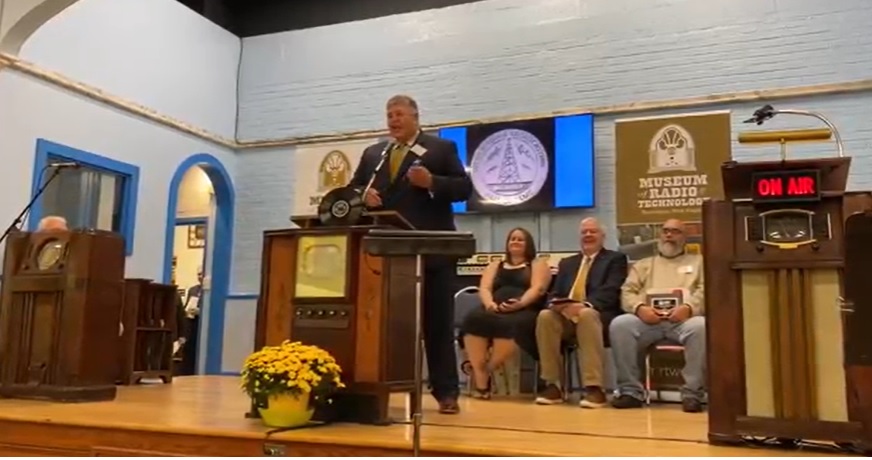 Lawrence, a native of Big Stone Gap Va., was honored during ceremonies along other inductees of the 2021 class and those chosen in 2020 for the Hall of Fame. There was no ceremony last year because of the pandemic.

Lawrence, who was hired by West Virginia Radio Corporation in 1990 after graduating from the University of Tennessee, held up a small radio during his speech, one like his grandmother had purchased him when he was a young boy. He called it his “window to the world.”

“As I stand before you tonight I am absolutely dumbfounded that I am here. I am so grateful,” he said chocking back tears.

He thanked his late father, mother, sisters and brother. He also recognized his children, grandchildren and his wife, Sam.

“Thank you to all of the listeners. I don’t get here unless you turn on that radio every morning,” he said.

The ceremony took place at the Hall’s location at the Museum of Radio and Technology in Huntington.