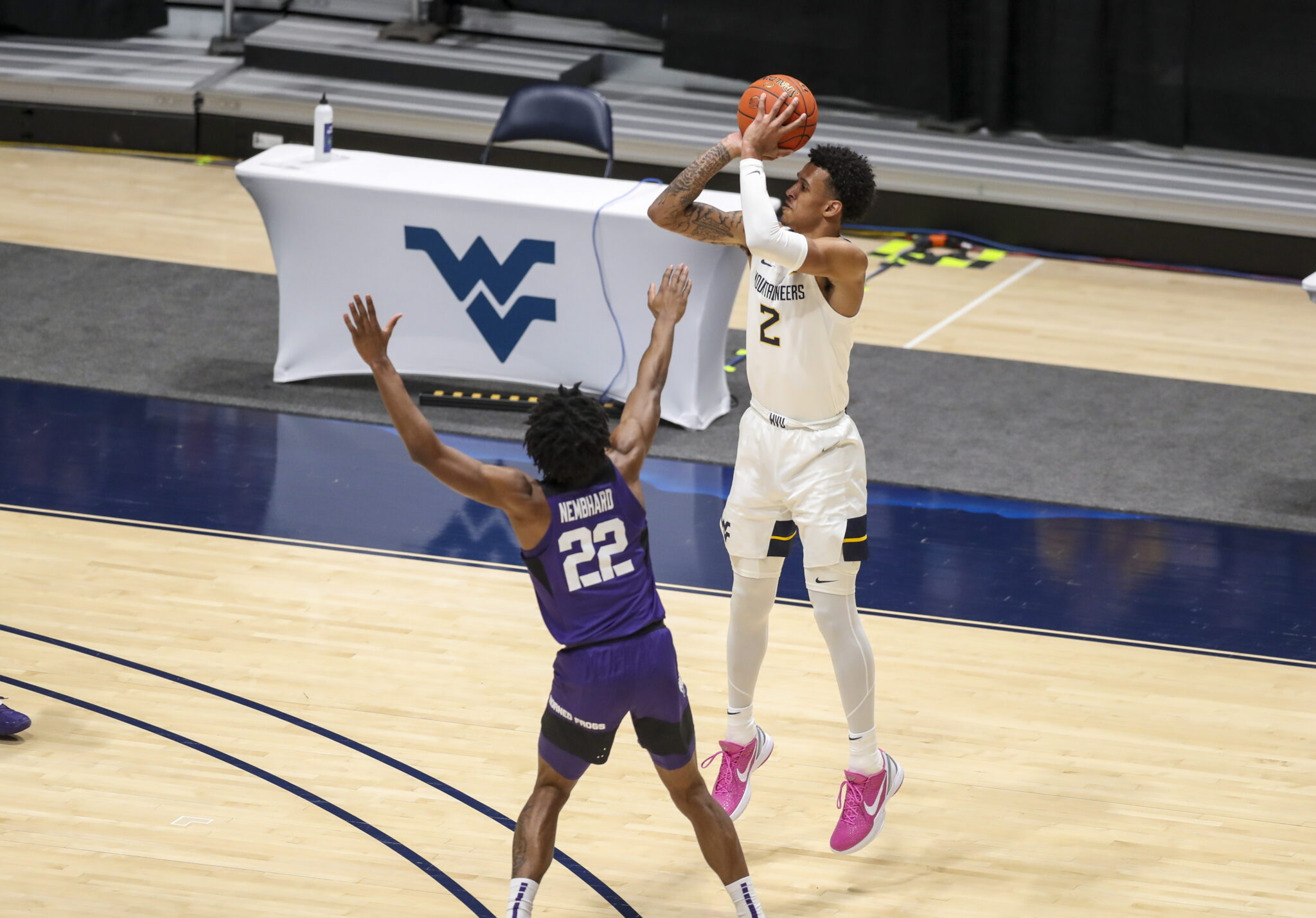 MORGANTOWN, W.Va. — By the midway point of last season, then-freshman Jalen Bridges had shown he belonged.

After using the 2019-2020 season to redshirt, Bridges did not score in his first four games and totaled 13 points over his first nine appearances.

Then came a contest at Oklahoma, one in which Bridges scored 19 points while making five three-pointers and missing two field-goal attempts.

From that point, West Virginia’s 6-foot-7 forward logged double digit minutes in every remaining game, five of which he produced double figure scoring in.

“I’m kind of used to the physicality. I’ve seen everything,” Bridges said. “I’ve played on the biggest stages.”

The Fairmont native garnered invaluable experience last season, one that saw him grow more comfortable by the outing and earn the trust of his teammates and coaches to the point he started 19 games and played more than 18 minutes on average.

Yet for the strong impression he made, Bridges hopes it pales in comparison to what lies ahead this season.

“I’m way strong than I was. I have way better ball skills,” Bridges said. “I feel like I’ve kind of rounded out the weaknesses in my game and turned them into strengths.”

Bridges cited ball-handling, creating off the dribble and finishing near the basket as aspects he honed in on during the offseason.

He expects to be a more polished and complete player as a sophomore.

“Last year, I was kind of just filling a role and filling the gap we had at the [power forward] position,” he said. “This year, [head coach Bob Huggins] told me needs me to be more aggressive and look for my own shot, and also use my shot to create for myself and my teammates.”

Bridges finished with averages of 5.9 points and 3.6 rebounds last season and had strong shooting percentages of 49.6 from the field and nearly 41 percent on three-pointers. He also ended better than 71 percent at the free-throw line by making 17 of his 18 attempts.

As he looks to increase his production and welcomes a more featured role, a big question facing Bridges is where will his shots come from. Twenty-seven of his 59 field goals last season came from beyond the arc, as did well more than half of his attempts (66 of 119).

“We had a preseason meeting and went over our shot chart with [associate head coach Larry Harrison and Athletic Data Statistician Tyler Cheng], and I noticed that I didn’t really have anything in the mid-range area. It was all either at the rim or around the three-point line.

“I looked at that as I need to be more aggressive off the bounce and try to create for myself in the mid-range game, and maybe draw a defender and kick it off to a teammate and get them a shot.”

Huggins will likely mix and match lineups early in the season in an effort to find what works best as WVU breaks in several new additions. The veteran coach has hinted the Mountaineers will feature more offensive sets with four and perhaps up to five players capable of stepping away from the basket, a look that could enable Bridges to do more damage off the bounce.

“If we can get people spread, it’ll be easy,” Huggins said. “You have to be able to spread them, but I think we can. They’re going to have to guard all those guys. We had guys before they didn’t have to guard, so they could kind of leave somebody in the lane and protect the basket. I don’t know that they’ll be able to do that now. We have to pass it better, but that’s everybody at this time of year. We bang a lot of balls off ankles.”

With his proficiency from the perimeter at his size, Bridges brings a unique skill set to West Virginia that forces defenses to honor him. Playing alongside the likes of guards Sean McNeil and Taz Sherman creates a challenge for opposing defenses in terms of who and who not to help off of.

“It allows us to space the floor a lot,” Bridges said. “It also gives the bigs space to operate, and at the same time if he clears out, it opens up driving lanes for the rest of us. It’s really difficult to guard, because we have a lot of different movements and screens that we can do out of it.”

As he strives to score in a variety of ways, Bridges is also hoping to become more consistent.

Last season, he followed up a career-high 22 points against TCU with a total of 2 over his next two games. He then scored 15 points in a first-round NCAA Tournament win over Morehead State, before being held to four points and four field-goal attempts in a season-ending loss to Syracuse.

“Last year, when I missed shots, I’d get down on myself,” Bridges said. “I’ve really developed a next shot or next play mentality. If I make mistake, just move on. It’s a 40-minute game and a long game. Sometimes it comes down to one possession, but that one mistake may not be as important as you’re making it out to be.”