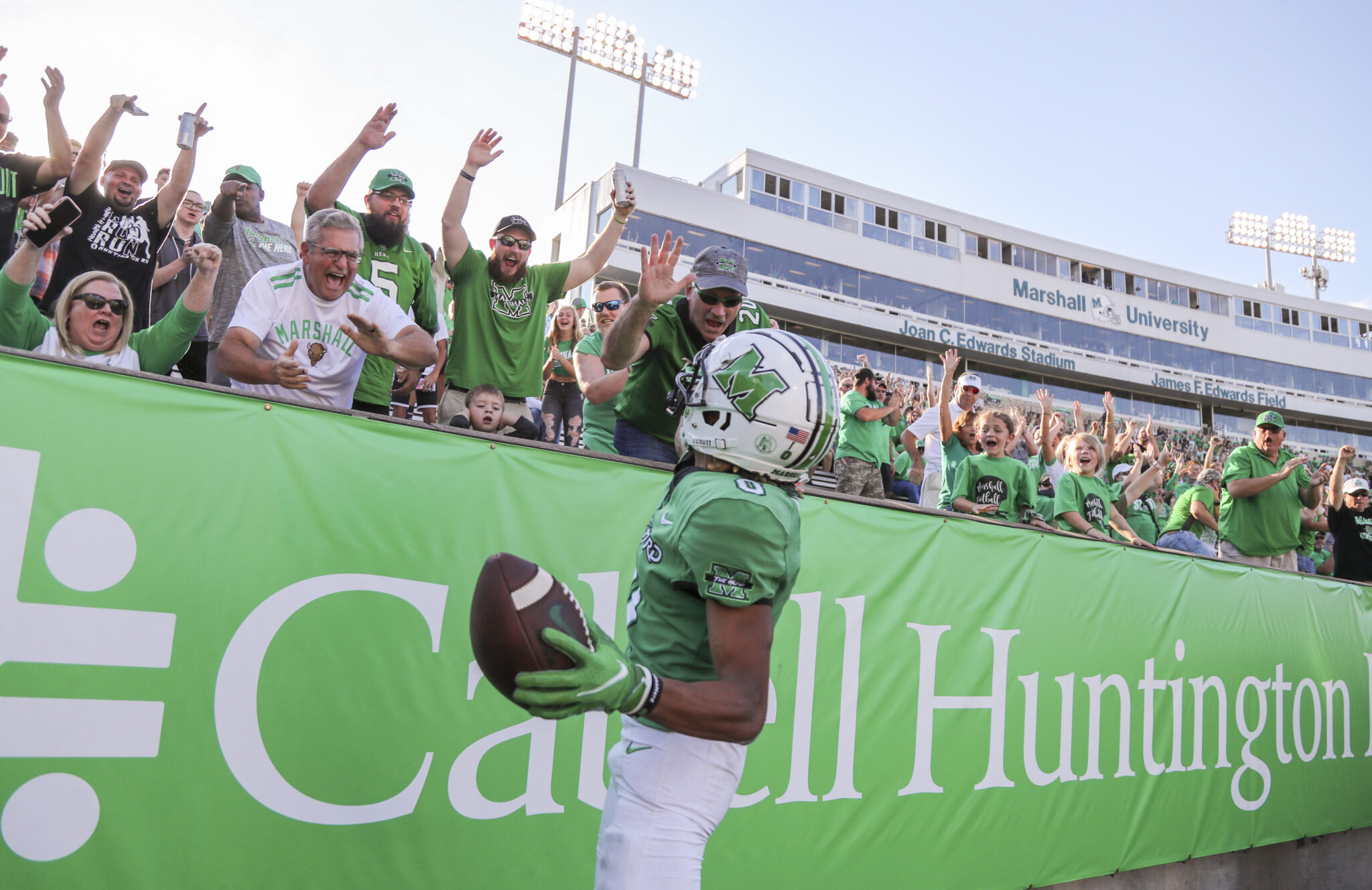 The future of Conference USA is in limbo with six of its members looking to join the American Athletic Conference.

According to multiple national media outlets and first reported by Yahoo! Sports, UAB, Florida Atlantic, Rice, North Texas, UTSA and Charlotte are expected to apply for membership into the AAC as soon as this week.

The six schools would almost certainly be accepted, leaving behind Marshall as one of eight remaining members in C-USA. The other remaining C-USA members are: Florida International, Louisiana Tech, Middle Tennessee, Old Dominion, Southern Miss, UTEP and Western Kentucky.

Early Tuesday afternoon, interim Marshall Athletic Director Jeff O’Malley offered a two-part statement on social media that read: With the news that broke yesterday, I want to assure our fans that we have worked and will continue to work to position Marshall in the best possible way. The one thing I’ve learned throughout this process is that Marshall University has a tremendous brand and one of the best fan bases in the country. Although the climate is changing, I’m very excited about the future of Marshall Athletics.

Marshall President Jerome A. Gilbert also offered a statement on social media later Tuesday. It read: I am working closely with AD O’Malley to determine what is best for Marshall athletics.  We are in a strong position.  I am confident that we can achieve a good result for the Herd.

I am working closely with AD O’Malley to determine what is best for Marshall athletics. We are in a strong position. I am confident that we can achieve a good result for the Herd. 💚🦬

“I’ve had numerous conversations way before it hit the Twitter bug about this conference realignment with our administration and our leadership,” Huff said. “Our leadership has a plan that I’m 100 percent behind. They are doing it the best way for Marshall University athletics and Marshall University as a whole. What we have to make sure we understand is you have to take your fan hat off and say, ‘OK, what is the best for Marshall athletics?’ And I’m not saying that’s to leave or stay. Our administration has a plan that we’ll roll out here when they feel is necessary after gathering all the information.”

After Oklahoma and Texas were accepted into the Southeastern Conference earlier this year, the Big 12 announced the addition of current AAC members Cincinnati, Central Florida and Houston.

With those three schools to join the Big 12 no later than July 2024, the AAC was left no choice but to seek expansion. Mountain West members Air Force, Boise State, Colorado State and San Diego State reportedly turned down the AAC several weeks ago.

The addition of the six C-USA schools would leave the AAC with 14 members, 12 of which were C-USA members at one point.

Adding Rice, North Texas and UTSA allows the league to maintain a strong presence in Texas with the loss of Houston, though it also has SMU.

Despite dropping its football program and not fielding a team in 2015 and 2016, UAB has won C-USA two of the last three seasons and is located in one of the better recruiting areas in the country.

The addition of FAU allows the AAC to keep two teams (South Florida is the other) in Florida despite losing UCF.

Charlotte did not field a football program until 2013 and began competing in C-USA in 2015, but is located in a bigger market and strong recruiting area.

The AAC has a strong media rights deal with ESPN that pays members about $6 million annually. On the other hand, C-USA members receive less than $1 million annually from TV revenue.

Marshall joined C-USA in 2005 after leaving the Mid-American Conference.

Huff says much more than football goes into the decisions, despite it being the sport that generates the most revenue.

“When you talk about changing conferences, you’re talking about budgets, TV contracts, where are we at right now from a foundation standpoint comparative to moving to another league or staying in this league? How is this going to affect the women’s cross country team, volleyball, softball and baseball? It’s not a football move,” Huff said. “We’re not just moving the football team — it’s everybody.”

Should it lose the six schools to the AAC, C-USA would need to add at least two members to become a 10-team league.

C-USA could look to the Sun Belt to expand, while independent Liberty may also be a target.

Regardless of what the future may hold for Marshall athletics, Huff believes the school’s administration will make the right call.

“I fully support our administration and all the people making these decisions,” Huff said. “I’ve been ultra pleased with the transparency. Sometimes in these things, you just wake up one day and realize all of a sudden you’re playing in the Hawaii conference and no one has talked to you. That has not been the case here. Our administration has done a phenomenal job of laying out the pros, cons and possibilities way before the Twitter machine puts it out.”