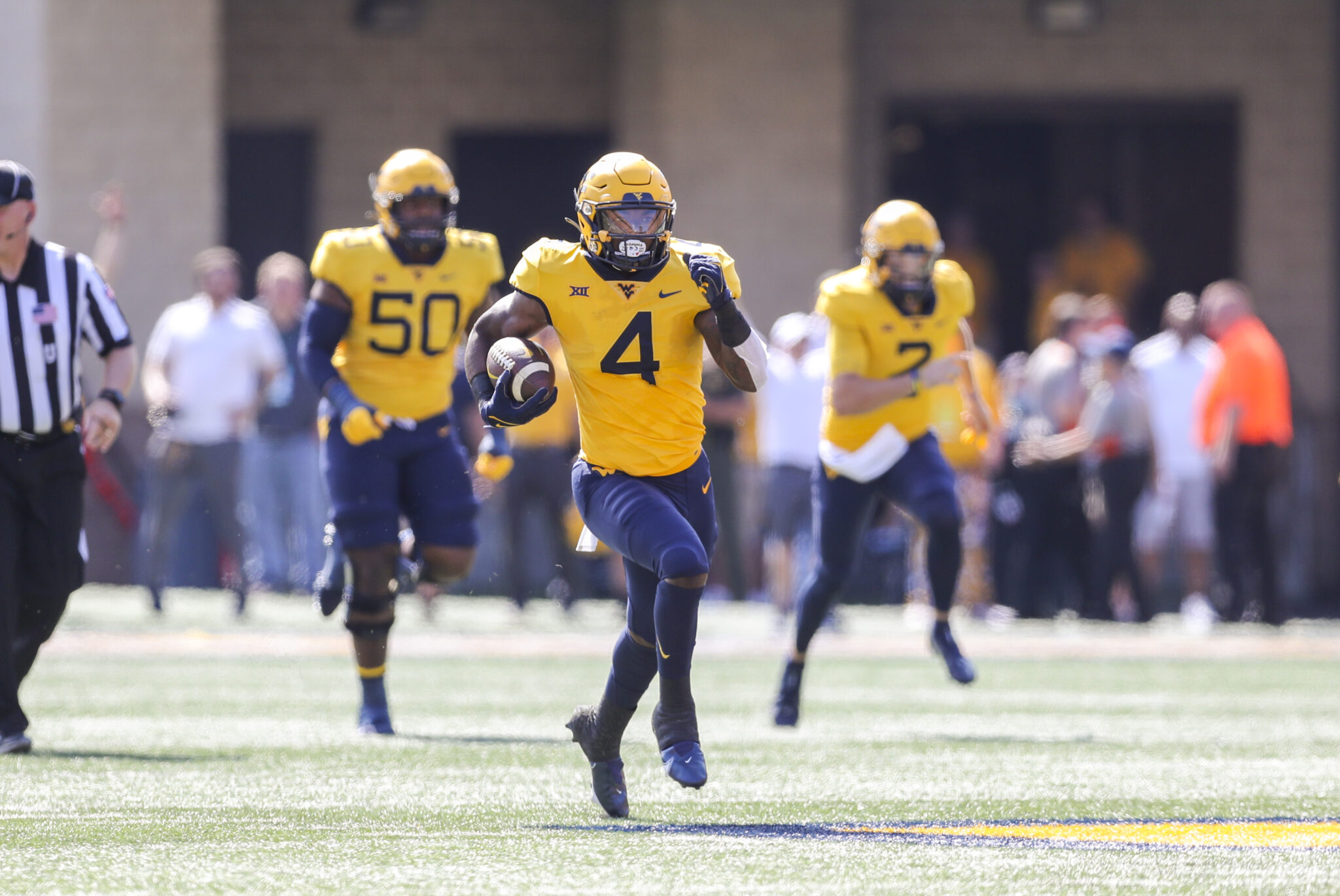 MORGANTOWN, W.Va. — Mixed in among the many puzzling aspects of West Virginia’s 2-4 start to the season are the struggles the Mountaineers have had rushing the football with any level of consistency. The numbers are surprising. West Virginia is dead last in the Big 12 in rushing yards per game at 111.8 per contest. Kansas is 36 1/2 yards better. WVU is averaging just 3.3 yards per tote. Offensive coordinator Gerad Parker says three different levels on offense are responsible for getting the run game back in gear.

“How do we get better? We certainly have to move people better,” Parker said. “We have to make sure that our footwork and hand placement are sound. Our run reads at running back are better. Our perimeter blocking is sound. It really is, and I am not dodging the question, there’s not just one thing.”

Coming off a bye week, the Mountaineers will face a TCU defense that has struggled against the run. The Horned Frogs are allowing 210 rushing yards per game in their 3-3 start.

“That’s where we spent most of our time last week, getting the running game on track,” said WVU head coach Neal Brown. “It has been close. We just haven’t been consistent. That’s kind of the M.O. of our football team right now is that we just haven’t been consistent enough. [TCU] has had some issues against the run this year. It is our hope that we can take advantage of that. But we have to go out and execute.”

Senior Leddie Brown is in his third year as West Virginia’s top running back. He rushed for 1,010 yards in 10 games last season. If you take out Brown’s 80-yard touchdown run on the first possession of the Virginia Tech game, he is averaging just 57 yards per game this fall.

“I haven’t been as disciplined as I was probably a year ago,” said Leddie Brown. “I just have to get back on track and get my eyes back right. I just feel like these next six games give me the opportunity to get back on track. This season is not over yet.”

Improved play at the point of attack from the offensive line and better downfield blocking from wide receivers will help. Leddie Brown believes seeing the holes before they happen is just as important.

“Vision is important because if your eyes are going rogue, you are not going to be able to see the hole,” Leddie Brown said. “That’s how fast the game is. I have certain read keys to look at in order to get to where the hole should be or in order to get to the place where I can make a play. Sometimes my eyes this year haven’t been in the right spots.”

Parker is confident Brown can put the struggles from the first six games behind him as the curtain rises on the second half of the season Saturday in Fort Worth.

“He has plenty of reasons to be motivated to staying in it,” Parker said. “It is going to affect his future and more importantly, it affects this football team.”

Beyond Brown, WVU’s second-leading rusher is their second-string quarterback. And the competition to be Leddie’s backup continues with true freshman Justin Johnson, Jr. and Tony Mathis, Jr. battling for reps.