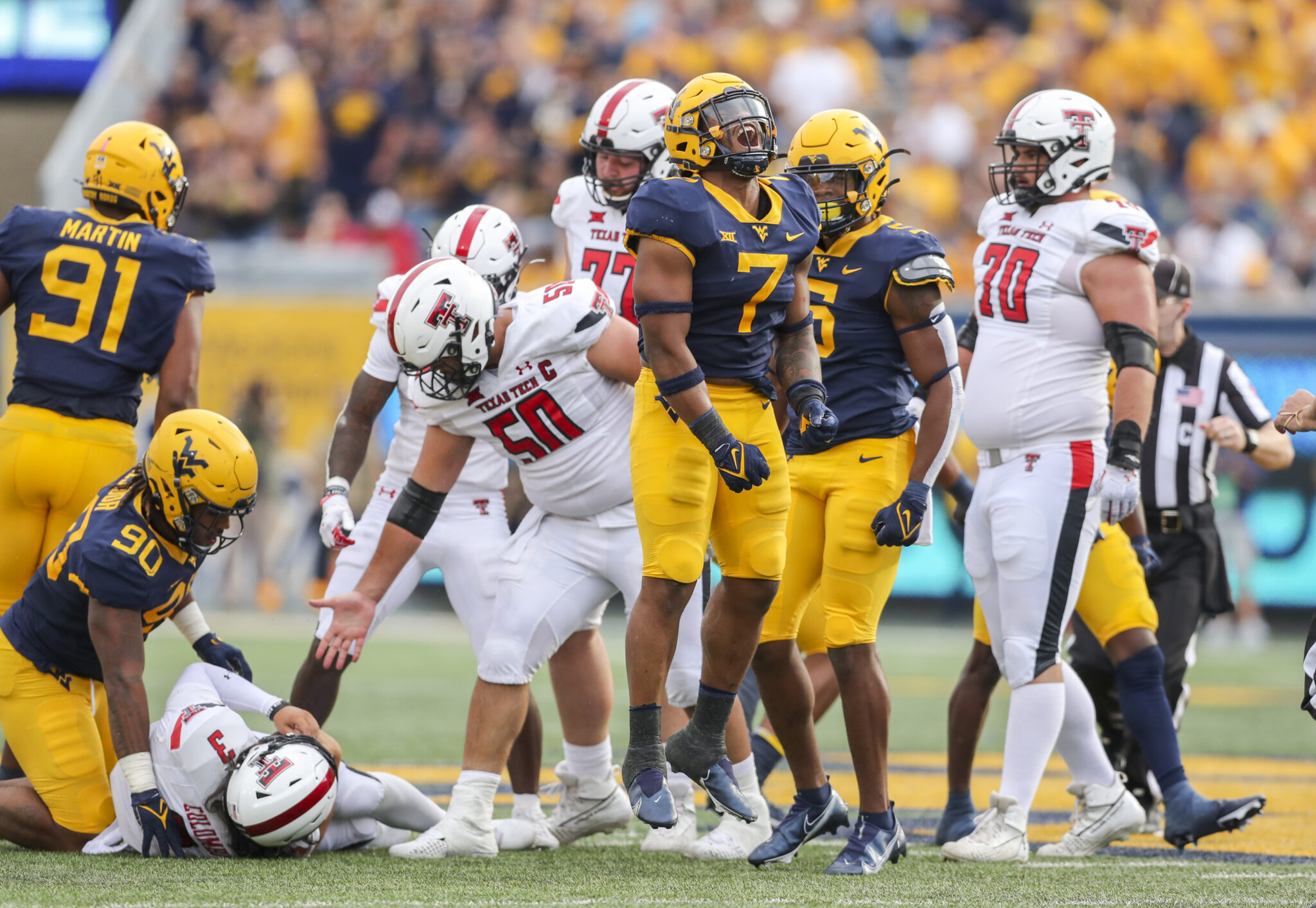 MORGANTOWN, W.Va. — In each of its first five games, West Virginia’s defense played well enough for the Mountaineers to win.

The Mountaineers were only victorious twice despite the opposition not surpassing 30 points in a game until WVU’s 45-20 loss at Baylor in its most recent outing.

With its worst showing of the season leading into the only bye week for West Virginia, the defense is out to prove the performance against the Bears was an outlier as the unit tries to get back on track Saturday at TCU.

“We reflect on the game, get it over with and see what we did wrong and see what we did right and kind of move past it,” senior linebacker Josh Chandler-Semedo said. “We don’t let one game really bring us down or keep us too high. Of course you definitely have that in the back of your mind — a team put up 45 points on us and that doesn’t just go away. But at the same time, you can’t focus on that. You worry about last week, you’ll mess around and let that bleed into this week.”

Ahead of the matchup with Baylor, much of the defensive focus was on slowing down the Bears’ ground-oriented offensive attack. West Virginia allowed 171 rushing yards in the setback, but it was the pass defense that was particularly problematic, with Baylor quarterback Gerry Bohanon throwing for 336 yards on 18 completions.

It appears a similar challenge is in store against a Horned Frogs’ offense averaging a near equal output rushing (227.5 yards per game) and passing (232.5 ypg).

Only Baylor and Texas average more rushing yards than TCU among Big 12 teams, while the Horned Frogs are sixth in the conference in passing.

“Offensively, they’ve done a great job mixing it up,” third-year WVU head coach Neal Brown said. “You can tell they’ve made it a point to improve running the football and they have. They’ve ran it extremely well versus everybody they’ve played this year.”

Evans, who missed last week’s loss at Oklahoma but was deemed probable to play against the Mountaineers by TCU head coach Gary Patterson, leads with 586 rushing yards and 7.9 yards per carry.

Miller is equally explosive and has 357 yards and a 7.3-yard per carry average.

“Those two backs are special,” Brown said. “If you look at our league, we’re getting ready to hit the gauntlet. [Iowa State’s] Breece Hall, [Texas’] Bijan Robinson is playing at a high level. But Evans has played at an extremely high level all year. Miller does get a little bit overlooked, but look at his production. He’s a bigger kid, but he runs away from Oklahoma on a touchdown as he tightropes the sideline.

“The level of running back play in our league right now is really high. I would put those guys up there with the best of them.”

Duggan has gained 231 yards and Demercado 125, including 57 on seven carries against the Sooners.

TCU has rushed for at least 169 yards in all six games, while averaging better than four yards per attempt in each contest to this point.

“The most improved aspect of their team is on the offensive line,” Brown said. “They’re playing seven guys up there. They’ve had a couple injuries, but they haven’t fallen off. They’ve done a really nice job with their development there.”

Having a dual threat in Duggan only adds to the challenge for West Virginia, which has gone against a mobile quarterback in all five games against FBS opponents.

“You can do everything right and he can still make a play with his feet,” Chandler-Semedo said. “It’s very similar to the Virginia Tech game. We had everything covered and [Hokies’ quarterback Braxton Burmeister] makes a third-and-24 possible with his legs. That’s always a different dynamic.

“Tou have five receivers out wide including a running back, and you have to worry about a sixth, which is probably the best athlete on the field, especially in this case like it was against V-Tech.”

Yet for the challenges West Virginia’s defense faces against another potent rushing attack, there are potential problems for TCU going against what’s by and large been a stingy unit against the run.

The Mountaineers are surrendering 2.96 yards per rush, good for 12th best in college football, while their average of 101.7 rushing yards allowed per game ranks 19th overall.

A defensive front anchored by Akheem Mesidor and Dante Stills has made ground games rather ineffective.

Baylor is the only opponent to average better than 4 yards per rushing attempt, while only the Bears and Maryland have averaged more than 3 yards on the ground.

“We feel good about our run defense,” Brown said. “That’s been probably the best part of our football team — that and a couple areas on special teams so far. But it’s going to be maybe our biggest challenge this week.”