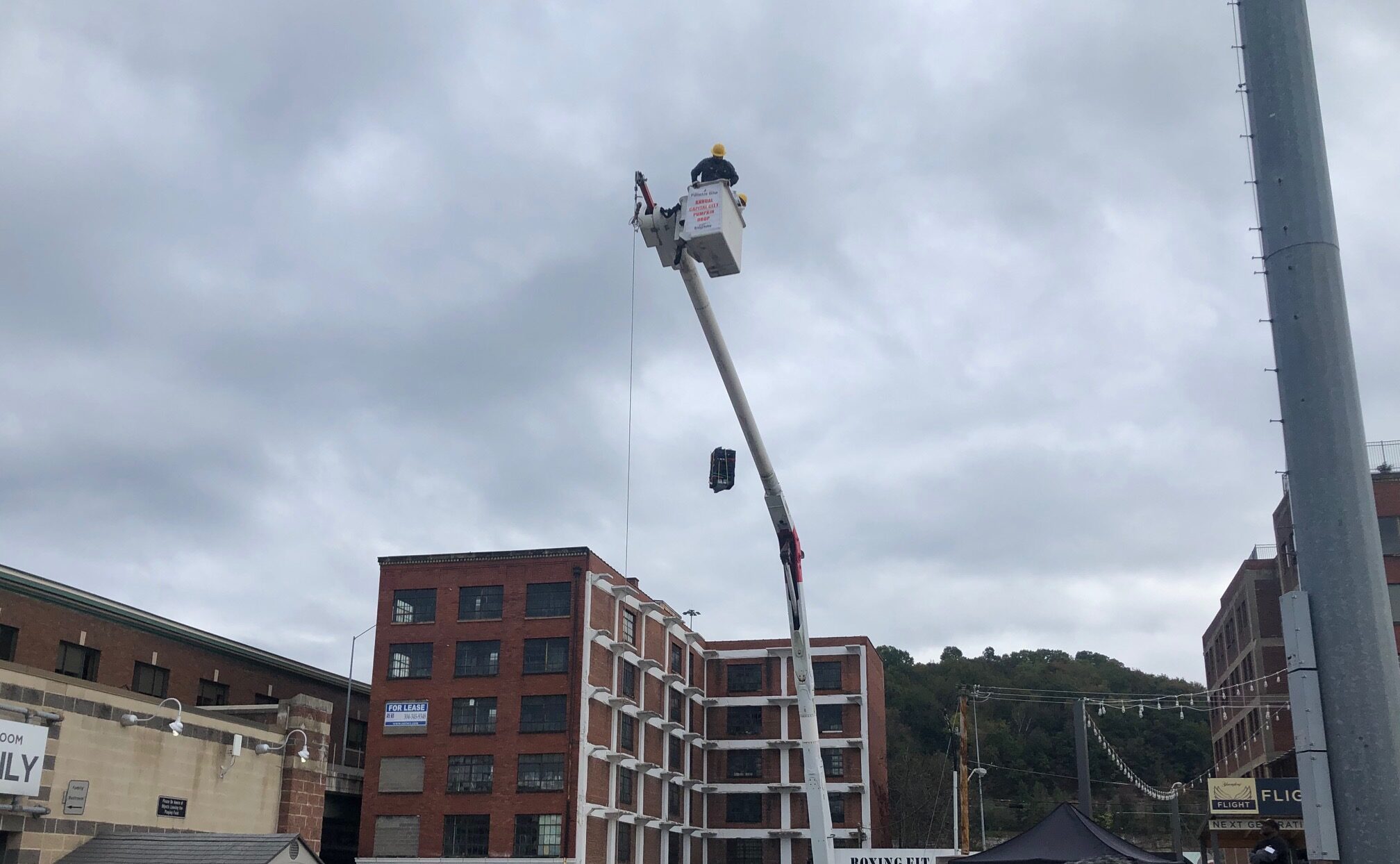 A pumpkin is dropped during the event Thursday.

CHARLESTON, W.Va. — Pumpkins were falling from the sky at Appalachian Power Park in Charleston on Thursday.

The 22nd Annual Capital City Pumpkin Drop was being held, sponsored by BridgeValley Community and Technical College, with schools from around the Kanawha Valley and southern West Virginia participating.

Students create a container to place a pumpkin in before it is dropped off a crane and onto the concrete ground. The pumpkin should hit the bullseye on the ground and stay intact during impact. The “surviving” pumpkins that land closest to the target are winning entries in each of the school categories.

“We had balloons on the top. On the inside we wrapped the pumpkin with bubble wrap. We had pool noodles on the side and bottom. To make it bounce because that is how we won,” John Adams Middle School sixth-graders Eliza and Lydia explained their design to MetroNews flagship 580-WCHS in Charleston.

The Education Alliance began the Capital City Pumpkin Drop in 1998 to create an innovative spin on how students learn math and science skills.

Ali and Liam, seventh-grade students at John Adams Middle Schools told 580-WCHS they learn a lot from the program and their gifted classes.

“I learn that being patient helps and not slacking off and goofing off is good. It helps with incorporating science into real-life skills,” Ali said.

Liam added, “I learn to not give up and always try your best. Go Falcons!”

Each school level is awarded a 1st through 3rd place prize and there is a Grand Slam Pumpkin award that is $200 to the winning team. The scoring categories are Most Creative Design and Most Sustainable Design.

Ali said win, lose or draw, he is proud of his team.

“Always preserve through anything hard. Try your best at anything you do,” he said.