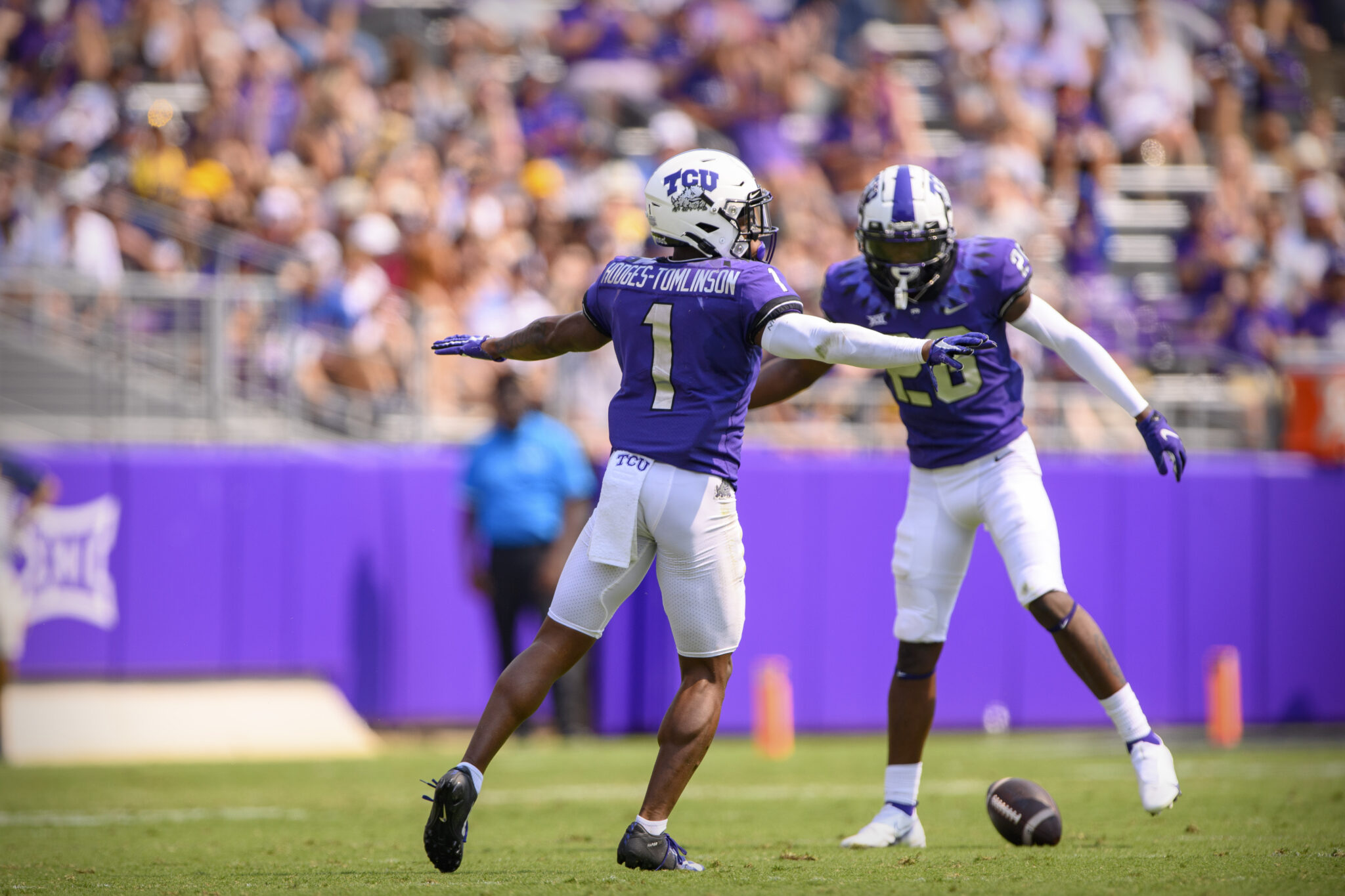 From 2008-2010, the Horned Frogs became the third team in NCAA history to lead the nation in total defense three straight seasons under Patterson, who was TCU’s defensive coordinator from 1998-2000 before beginning a tenure that became the longest of any head coach in school history.

With 181 career wins, Patterson is the third-winningest active coach behind Nick Saban and Mack Brown.

However, Patterson has yet to beat Brown in two previous tries. It’s been West Virginia’s defense that has largely been the story in those two games, holding TCU to a total of 23 points, including six last season.

It will be a tall order for West Virginia to limit the Horned Frogs to anything near a single-digit point total this time around, as TCU enters Saturday’s 7:30 p.m. matchup tied for 17th nationally in scoring offense at 37.2 points per game.

However, the Horned Frogs have endured defensive struggles through the first half of the season, and they’re outside the top 100 in scoring defense allowing 32 points on average. Save for its season-opening 45-3 win over Duquesne, TCU has surrendered at least 31 points in its other five games.

Brown believes the unit has been hampered by injuries.

“Their scores are a little bit different this year,” he said. “What kind of stuck out to me during the bye week and watching them against Oklahoma is go up and down their defensive roster and look how many people have missed time.”

Linebacker Wyatt Harris did not play in last week’s loss to the Sooners and cornerback Trevius Hodges-Tomlinson missed the majority of the game with an injury he suffered early on.

Cornerback Noah Adams has missed all but one game, while defensive end Khari Coleman did not play until Week 4 at Texas. Safety Bud Clark was out against the Longhorns and Sooners.

Both Harris and Hodges-Tomlinson are likely to play against West Virginia, which should aid the unit against an offense that has sputtered for much of the season, scoring 104 points in five games against FBS opponents.

“They’ve been dealing with a bunch of injuries,” Brown said. “That has probably as much to do with some of the scoring as anything, but it’s not a group that we take slight at all. Our issues have been well documented.”

The Horned Frogs present a 4-2-5 alignment that can create unique challenges, though TCU has struggled to come up with turnovers and sacks, ranking outside the top 100 in both categories with six and eight, respectively.

Still, Brown is well aware Patterson’s defenses through the years have a knack for taking away the best aspect of an opposing offense.

“Year in and year out, they make it tough,” Brown said. “They take away what you do best.”

There is also an abundance of pre-snap movement along the Horned Frogs’ defensive line, something WVU center Zach Frazier believes the Mountaineers’ offensive front will need to be ready for to avoid confusion, somewhat similar to what they saw at Oklahoma.

“Their front moves a lot, so we’ll definitely have to prepare for movement,” Frazier said. “How they move on different plays affects how we block every single play. Preparing for movement is the biggest thing with the interior guys.”

West Virginia has been more successful passing than rushing through the first half of the season, which creates an interesting plot as the Horned Frogs have had more difficulty stopping the run to this point.

Brown has said the Mountaineers need to improve on the ground to be successful, though in-game adjustments will be pivotal against TCU.

“Whatever you’ve shown on film that are go-to plays, Gary and that whole defensive staff are really good at taking away what you do best,” Brown said. “I don’t know if it’s necessarily the 4-2-5 personnel. It’s more how they have answers for what you do best.”

The first order of business for West Virginia will be to show improvement up front after it struggled blocking in its most recent outing — a 45-20 loss at Baylor.

Brown has praised the Mountaineers’ wideouts for being the team’s most productive position group on offense, but quarterbacks Jarret Doege and Garrett Greene need adequate time to get them involved as much as West Virginia hopes to — something that won’t come easily as Brown’s team seeks its first win in Big 12 Conference play.

“It starts with their defensive ends. If you look at them compared with the rest of the league, that’s where they have a real advantage,” Brown said in reference to Coleman, Ochaun Mathis and Dylan Horton. “They’re really good and a tough match for you 1-on-1 in pass protection. Hodges-Tomlinson is a great player. I’ve seen him on some of the draft projections going really high, which they always have secondary guys that are draftable guys and they do a really good job of developing them there. That’s TCU in a nutshell.”