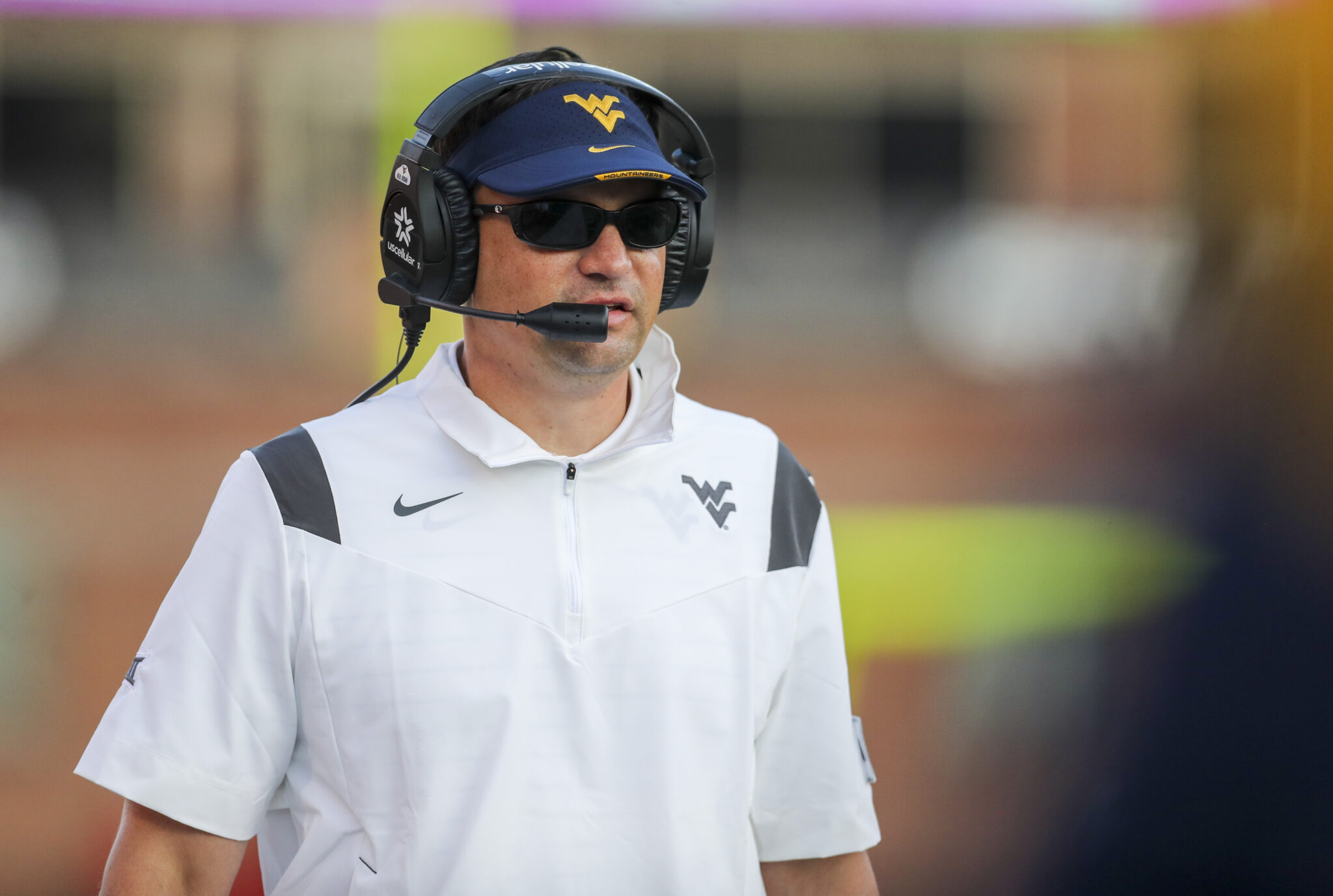 Trying to snap a three-game skid, West Virginia returns to the sight of its most recent road victory and seeks its first win in more than a month against TCU at Amon G. Carter Stadium.

Kickoff is set for 7:30 p.m. and the contest will be carried by ESPNU.

Since wrapping up the 2019 season with a win in Forth Worth that prevented the Horned Frogs from qualifying for a bowl, the Mountaineers have lost all seven road contests — four last season and three this year.

West Virginia (2-4, 0-3) was competitive in two of the losses away from home this season, though it entered an open week off a 45-20 setback at Baylor on October 9.

“They’re refreshed mentally, which is as important as anything,” WVU head coach Neal Brown said, “and ready to go about their business.”

The strength of the Mountaineers to this point has largely been rush defense, though that was hardly on display against the Bears. It will be put to the test in a big way by TCU (3-3, 1-2).

Horned Frogs’ tailbacks Zach Evans and Kendre Miller have combined for 943 yards and both average better than 7 yards pery carry. Evans is coming off an injury that caused him to miss last week’s loss at Oklahoma.

Quarterback Max Duggan is a threat on the ground as well.

An improved passer, Duggan has 13 touchdowns and two interceptions and looks to wideout Quention Johnstson (19 catches, 355 yards, 5 TDs) for big plays through the air.

After Baylor’s Gerry Bohanon carved up WVU for 336 yards on 18 completions, the Mountaineers hope the open week came at a good time and allowed them to patch up the pass defense.

“First down is extremely big for our defense and what we want to do,” WVU linebacker Josh Chandler-Semedo said. “We want to get teams behind the sticks. We have a pretty good defensive line and good edge rushers. We want to be able to use them. If we get a team behind the sticks, it’s playing into our hands.”

West Virginia has beaten TCU three straight times and held the Horned Frogs to 33 total points over that span, including 23 in both of Brown’s victories over veteran TCU coach Gary Patterson.

Defensive linemen Akheem Mesidor, Dante Stills and Taijh Alston have anchored the Mountaineers’ pass rush and made it difficult for opposing teams to sustain success on the ground. Alston and Stills are tied for the team lead with four sacks each.

The Mountaineers, however, have struggled to generate turnovers and the four they’ve forced to this point ranks ahead of only Florida International among 130 FBS teams.

“On those plays where you’re not going to be able to get pressure, we have to get our hands up,” Brown said. “The other thing, we have to be more aggressive in the secondary going after the ball and breaking on it. Not worrying about the negative. Maybe we get there a little early. We have to cut it loose and let them go after it.”

While TCU has scored at least 27 points in all six games, West Virginia has reached that mark once in five chances against FBS opponents, while failing to score 30.

Quarterback Jarret Doege remains the starter, while running threat Garrett Greene has spelled him at times.

Brown has stressed the importance for Greene to get his wide receivers invovled more and WVU has four with at least 264 yards in recepetions — Winston Wright Jr. (364), Sam James (302), Isaiah Esdale (272) and Bryce Ford-Wheaton (264).

An offensive line coming off its worst showing of the season at Baylor will try to bounce back and help open more running room for tailback Leddie Brown.

Brown was largely held in check over the first half of the regulr season and enters with 422 yards on an average of 4.4 yards per carry. Nearly 20 percent of Brown’s rushing output this season came on an 80-yard touchdown run early in the Mountaineers’ most recent win September 18 against Virginia Tech.

“The next six games give me an opportunity to get back on track,” Leddie Brown said. “The season is not over yet.”

The matchup with TCU provides WVU with an opportunity to show improvement in its run game as the Horned Frogs have struggled to stop opponents on the ground.

“You’re looking for solutions as much as anything,” Neal Brown said. “You do a bunch of self scout during the bye week, because you have some time. We have a pretty good understanding of what we’re capable of doing and then where we made mistakes. That’s probably the most important thing, whether it’s schematically, personnel wise or whatever.

“You look at them and say, ‘how do we correct them or how do we avoid them’, as much as anything. I don’t think there’s going to be night and day difference schematically. What we’ll attempt to do against TCU is put our guys in the best position possible to go out and play to our strengths.”

West Virginia kicker Casey Legg has made 10-of-10 field goals this season, though the Mountaineers need to see less of Legg if they hope to solve red zone issues that have prevented them from consistently scoring touchdowns.

A TCU defense that has battled an abundance of injuries looks to defensive ends Ochaun Mathis, Dylan Horton and Khari Coleman to provide a pass rush.

Linebacker Wyatt Harris and cornerback Tre’Vius Hodges-Tomlinson are standouts at the second and third level.

The Horned Frogs have allowed at least 31 points in five straight games, though Neal Brown believes the unit is plenty capable of causing problems.

“The thing that’s really impressive about what Gary and those guys have done on defense is structurally they’re very similar, but they make subtle tweaks week in and week out to take away what you do best,” Neal Brown said. “He does a really good job of adjusting in games. Say you do something different or something he hasn’t seen, he does a really good job between series making those corrections. The reason behind that is he’s been running this scheme for so long, he knows all the answers.”