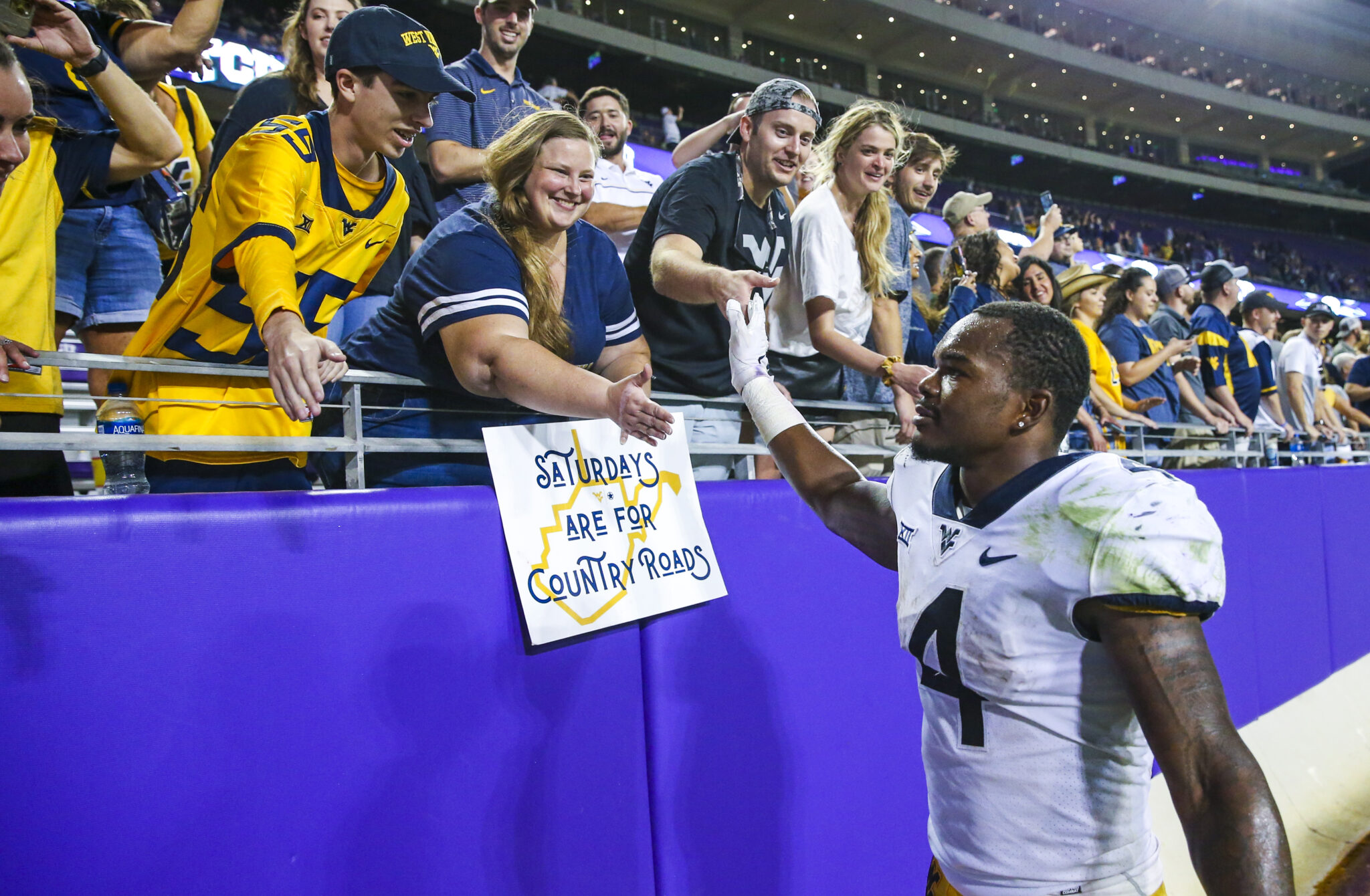 FORT WORTH, Tx. — For the first time since mid-September, a postgame round of handshakes, hugs and high-fives awaited the Mountaineers after a 29-17 win at TCU. The blueprint of running the ball, stopping the run and winning the turnover battle was followed well. West Virginia toted the ball 41 times, the highest total against an FBS opponent this season. The 229-yard effort was also a season-best.

“The run game deal is really not complicated,” said WVU head coach Neal Brown. “It goes back to footwork, the vision of our backs to make sure we are reading the right keys. You have to throw the tight ends in there because the tight ends did a really nice job.”

“We knew coming into this game that both teams were going to run the ball, said WVU running back Leddie Brown. “The team that ran the ball best was going to win. We knew we had to play physical up front and in the backfield.”

Leddie Brown rushed for 111 yards. Garrett Greene added 69 yards. And in his most significant action to date, Tony Mathis helped secure the game late by rushing for 48 yards on 12 carries.

TCU was held to 393 yards of total offense and just 10 points. Three second half turnovers kept the Horned Frogs off the scoreboard. Daryl Porter, Jr. collected an interception. Charles Woods did the same and recovered a fumble.

“I was just in my zone and I saw the tight end leak out late on a little trick play. I just saw the ball in the air and went to make a play, and tried to score with it,” Woods said.

“We weren’t able to face turnovers earlier in the first half of the season,” said WVU senior linebacker Josh Chandler-Semedo. “Being able to force three in one game is big for us. Like Charles said, that is something we practice everyday. It is something we put a lot of time in. It just finally came to fruition for us today.”

West Virginia will now play three of their next four games at home and they can return to the .500 mark with a win Saturday against Iowa State. The win over TCU came after a bye week and some serious team reflections following three consecutive losses.

“We had a team meeting, players only,” Chandler-Semedo said. “We really just talked about things like how we wanted to finish things and how we want to be remembered. I feel like that really just hit home. We practiced different this week and our attention to detail was a lot stronger.”