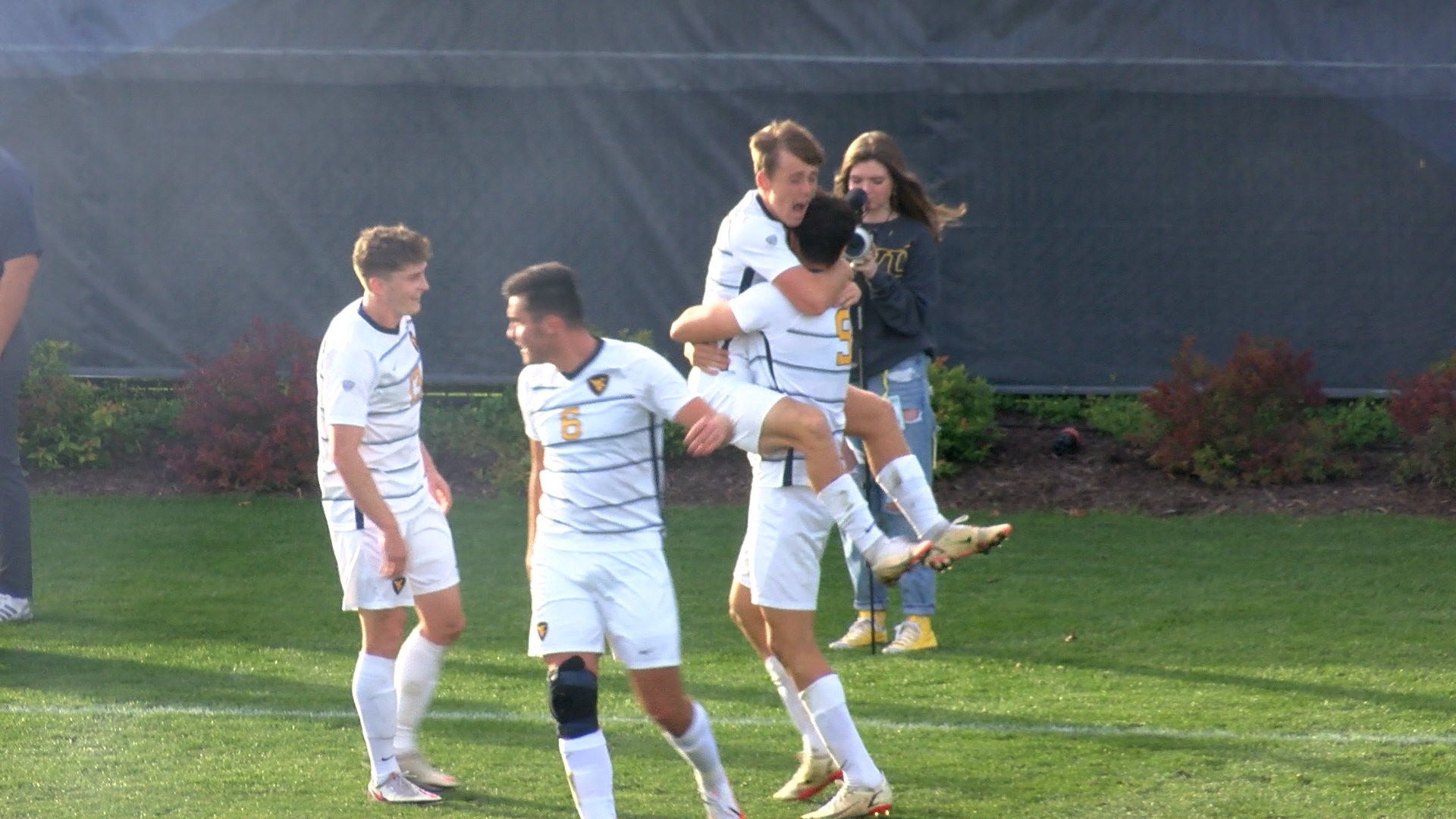 MORGANTOWN, W.Va. — Ciro Bourlot Jaeggi’s goal with under two minutes to play in regulation propelled the WVU men’s soccer team to a 2-1 win Thursday afternoon over Georgia State. The win is the 500th in program history for the Mountaineers.

West Virginia scored two goals in the final 31 minutes of the match to erase an early deficit. The Mountaineers conceded a penalty kick goal by George Proctor in the 25th minute after Matthew Fearnley was fouled in the penalty box on a scoring opportunity.

“We need to get back to keeping some clean sheets, quite honestly. That needs to be part of our identity. I think it has been six games since we had one,” WVU head coach Dan Stratford said.

WVU’s first goal came in the 59th minute on a brilliant strike from distance off the foot of Dyon Dromers. He let a shot go from approximately 30 yards out that found the top corner of the net. Dromers had missed the previous eleven matches due to injury.

“Coach mentioned it in practice just to shoot whenever you had the chance. We were 1-nil behind so I thought to just hit it. And then I saw the ball flying into the corner and it made me very happy. After eight weeks back, that is amazing,” said Dromers.

“We have been dying to have him back to have that threat, especially in some of these games recently where teams have defended quite deep against us,” Stratford said.

“What an amazing comeback story for him in his first game back after such a long time since Penn State. To come on and get the equalizer in the fashion that he did, we all know he is capable of that so no one was surprised.”

The Mountaineers continued to dominate possession in the second half and they broke through again in the 89th minute. From just outside the box, Ryan Crooks centered a pass that Bourlot Jaeggi headed home to give WVU the game-winner.

West Virginia (9-2-4, 2-1-1 MAC) outshot the Panthers 13-6 and they held a 7-0 edge in corner kicks. The Mountaineers will visit Georgia Southern Sunday before returning home to conclude the regular season against Bowling Green on Nov. 4.

Sports
Jeff Hostetler, Mike Carey entering West Virginia Sports Hall of Fame in May
After a strong career at West Virginia, Hostetler went on to serve as quarterback for a Super Bowl-winning team. Carey enjoyed a wealth of success coaching Salem's men's basketball at Salem before turning around WVU's women's program.
By MetroNews
Sports
Marshall prevails with 66-58 victory at Appalachian State
The Herd have struggled with free throws this season, but came through in a big way Thursday night by making 15-of-18 attempts.
By MetroNews
Sports
Tucker County stands tall in 64-34 victory over East Hardy
The Mountain Lions had more success against the Cougars' 2-3 zone than during an earlier meeting this season. Tucker County hit eight 3-pointers and scored 18 points off free throws as it opened up a comfortable lead in the second quarter and never looked back.
By Greg Carey
Sports
Dean nets 26 as Chapmanville wins at Winfield, 61-50
Chapmanville improved to 13-1 and extended their win streak to eight games.
By Joe Brocato