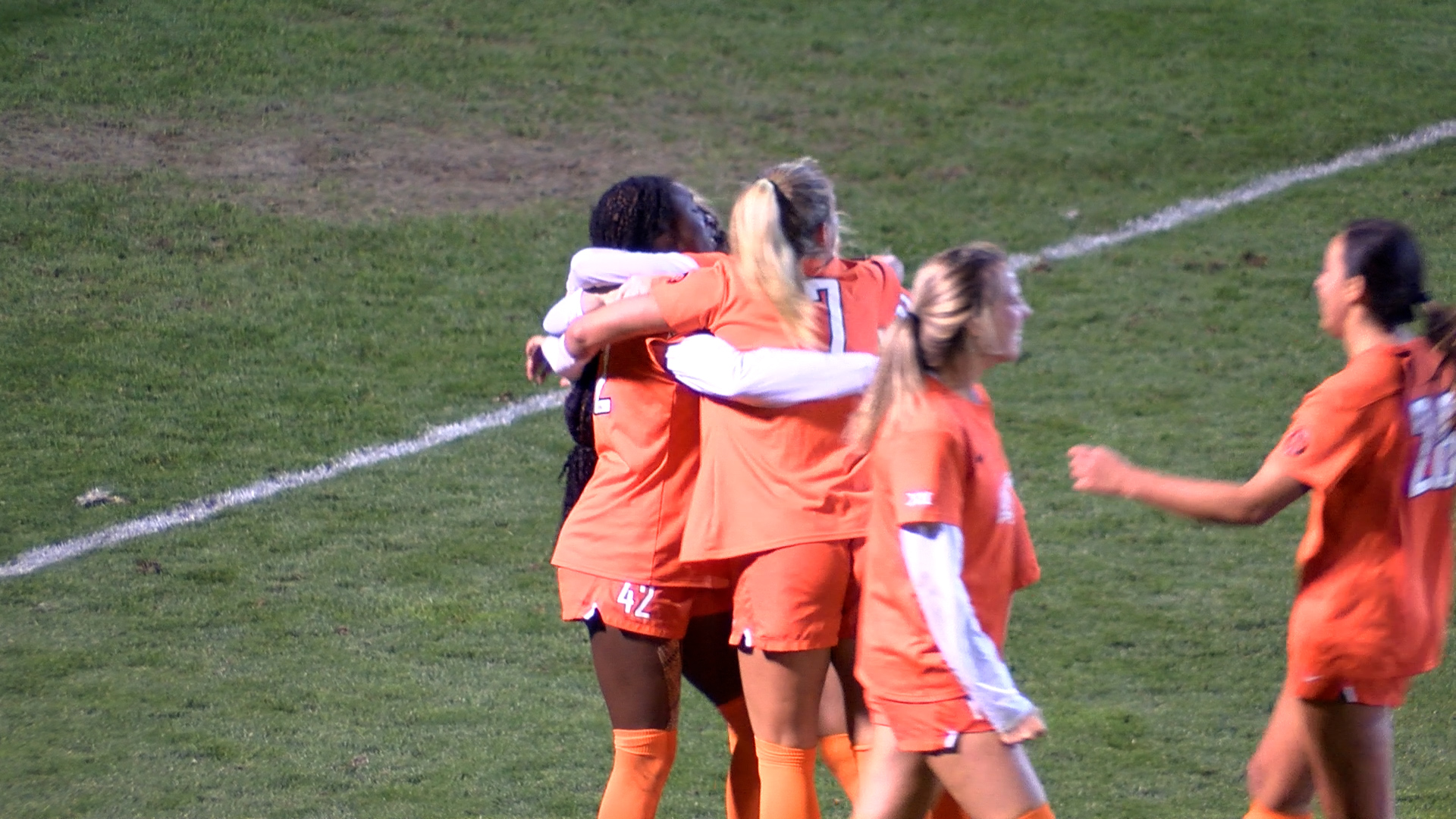 MORGANTOWN, W.Va. — Oklahoma State erased an early deficit to hand West Virginia a 2-1 loss in overtime in the final regular season match for both teams.

The Cowgirls (9-6-2) scored 71 seconds into the first overtime when Gabriella Coleman threaded a pass to Olivia Dowdell at the top of the six-yard box. Dowdell connected for her sixth goal of the season. OSU trailed 1-0 at halftime but evened the match on an unassisted goal from Hannah Webb in the 53rd minute.

West Virginia jumped out to a quick lead in the 11th minute when Isabella Sibley scored her fifth goal of the season. WVU sent a pair of shots off the crossbar later in the half, settling for a one-goal cushion at intermission

“It is a heartbreaker. We had so many chances in the first half and it just came back to haunt us,” said WVU head coach Nikki Izzo-Brown. “It has kind of been the story of the whole year — we just can’t buy goals. We have to figure it out at the [Big 12] Tournament. At the end of the day, we have to put away those chances.”

The Mountaineers conclude the regular season with a record of 9-5-4 overall and 3-3-3 in Big 12 play. They have just one win in their last seven matches. WVU is the No. 6 seed for the Big 12 Tournament, which will be played in Round Rock, Tx. The Mountaineers will face No. 3 seed Baylor Sunday at 8 p.m. in the quarterfinal round.

“We are just going to try to recover as quickly as we can and get ready for Sunday. We’re going back to Texas so there is another travel. I am going to get behind these seniors and watch them lead us.”