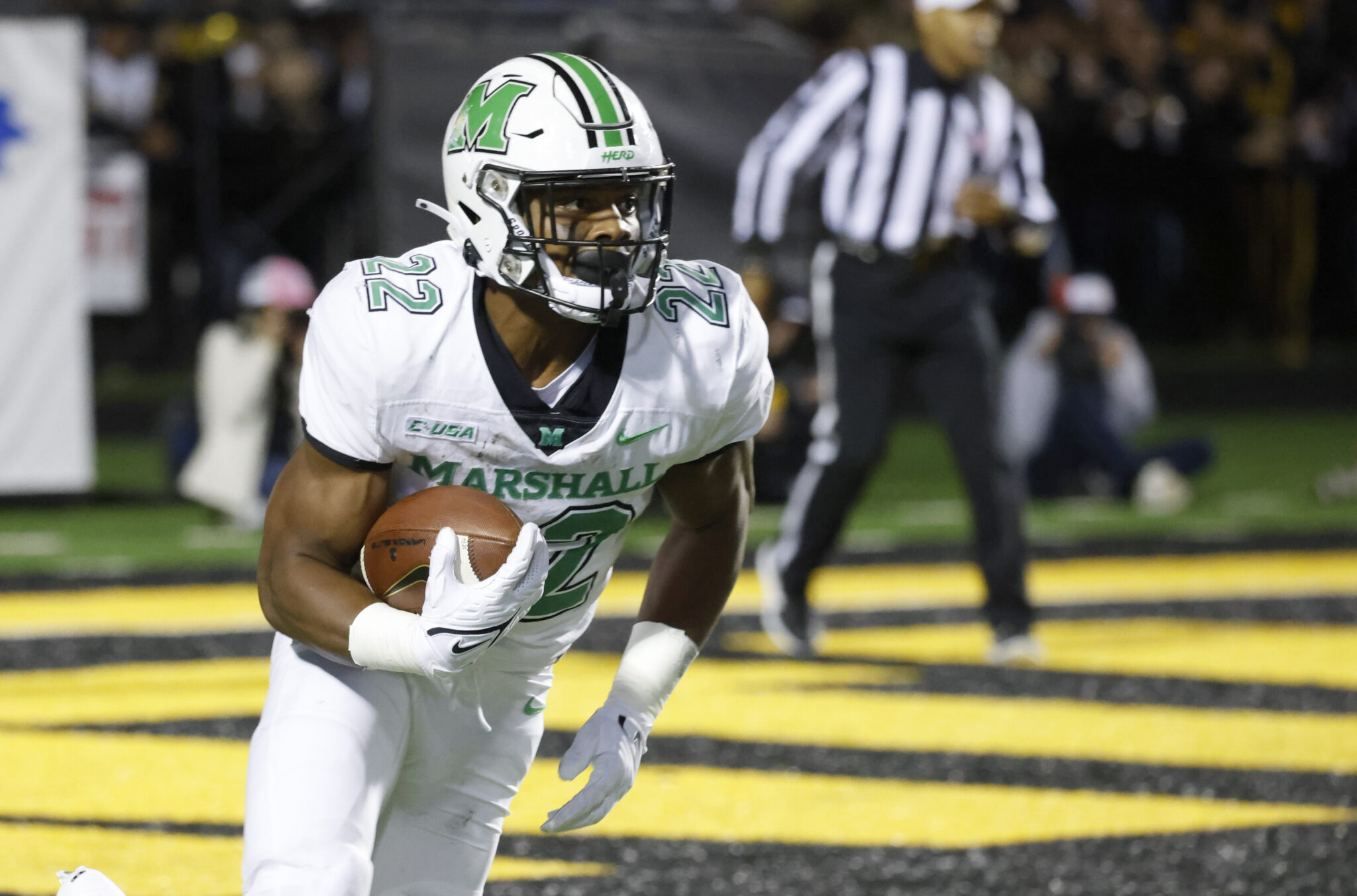 The 3:30 p.m. kickoff at Joan C. Edwards Stadium will be broadcast nationally on Stadium.

FIU (1-6, 0-3) is coming off a 34-19 home loss to Western Kentucky last week. The Panthers only win this season came against FCS school Long Island and they’ve dropped six straight.

Veteran coach Butch Davis is in his fifth year with the Panthers and holds a 24-27 record.

The teams have met eight previous times, with Marshall holding a 6-2 series lead.

The Herd and FIU did not play in 2020 due to a Covid-related cancelation.

Here are three things to watch for Saturday:

Can the Herd pass defense hold up?

The Panthers’ signal caller averages more than 289 passing yards per game, which ranks No. 13 nationally.

Bortenschlager set a school record with 466 passing yards in a 45-33 loss to Charlotte on October 8. He also leads the nation with better than 18.5 yards per completion. His main target is Tyrese Chambers, who is averaging nearly 30 yards a reception. Bryce Singleton is another Panther receiver the Thundering Herd must be way of.

“They make a lot of big plays down the field,” Huff said. “Their quarterback does a really good job of throwing the deep ball. You can tell he understands the system. He distributes the ball where it needs to go.”

Battle of the backs

Fans of strong running games will enjoy this week’s matchup as two of the best in Conference USA battle it out.

FIU’s talented runner is D’vonte Price, who averages 5.2 yards per carry and 80 yards per game. Price has seven touchdowns in 2021, all on the ground.

Marshall counters with redshirt freshman Rasheen Ali, who has averaged just north of 96 yards per game while scoring 13 TDs on the ground.

“We have to have gap control and everybody has to play their gap,” he said. “Everybody has to trust that the man next to them is playing their gap. Then what we’ve got to be able to do is tackle and that’s the one thing that’s tripped us up in some games earlier in the season. You’ve got to sink your hips, roll your hips, wrap the guy up, and you have to run your feet. You can’t just throw your shoulder into the guy. To me, that starts in practice.”

Make the most of open week

Marshall’s worst performances this season have been punctuated by slow starts. When the Thundering Herd have started fast, such as in victories over Navy and North Texas, the results are impressive.

There is always concern a team might lose its edge following an off week, but Huff hopes the Herd has taken a responsible approach to that issue.

“We talked about not losing the bye week,” Huff said. “Not going home and getting caught up in anything that you may not be able to control; not going home and not being cautious about COVID protocols and bringing something back; not taking advantage of the free time to be able to get ahead of your academics; not taking care of the free time to rehydrate and reenergize your body and our guys did a really good job at that. Everybody was back healthy, and everybody was back on time.“

Sports
Herd open four-game road swing against Appalachian State
The Mountaineers have played better of late, though Marshall had its way with them in an earlier meeting this season.
By MetroNews
Sports
Former GW standout Kalissa Lacy enjoying strong sophomore season at Eastern Kentucky
A former Mary Ostrowski Award winner, Lacy is averaging nearly nine points and has shot well from 3-point range.
By Taylor Kennedy
Sports
University's Josh Edwards garners male McCoy Award for track prowess
As a junior, Edwards set the state-meet record in the 3,200 meters with a time of 8:52.82.
By MetroNews
Sports
West Virginia falls short at No. 15 TCU, 76-72
The Mountaineers missed out on a golden opportunity, trailing for the final 35-plus minutes as the Horned Frogs evened the season series despite playing without their leading scorer.
By Greg Carey