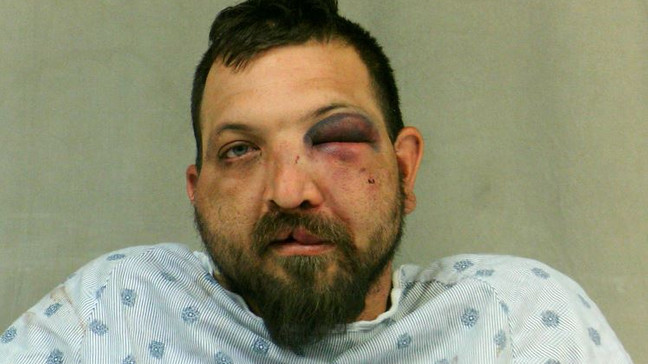 WILLIAMSON, W.Va. — A Mingo County man is in jail facing an array of charges after a high speed pursuit and a fight with officers on a stolen motorcycle.

John Slone, 35, of Williamson was arrested Friday after the chase which began at the intersection of Route 65 and U.S. Route 119. Mingo County Deputies got involved when they received a request for backup from the Delbarton Police Department who were in pursuit of the motorcycle.

Deputies gave chase on U.S. 119 and the motorcycle reached speeds of up to 110 miles an hour. A criminal complaint said Slone, while on the bike, kicked the deputy’s cruiser and tended the fenders during the pursuit. He eventually wrecked into the guardrail and fled on foot.

Officers were able to chase him down a short distance away, but he refused to submit and continued to fight for several minutes as officers attempted to subdue him. It was later learned the motorcycle was stolen.

Slone was charged with possession of stolen goods, fleeing on foot, fleeing in a vehicle with reckless indifference, obstructing a police officer and assault on an officer. He’s in the Southwestern Regional Jail.