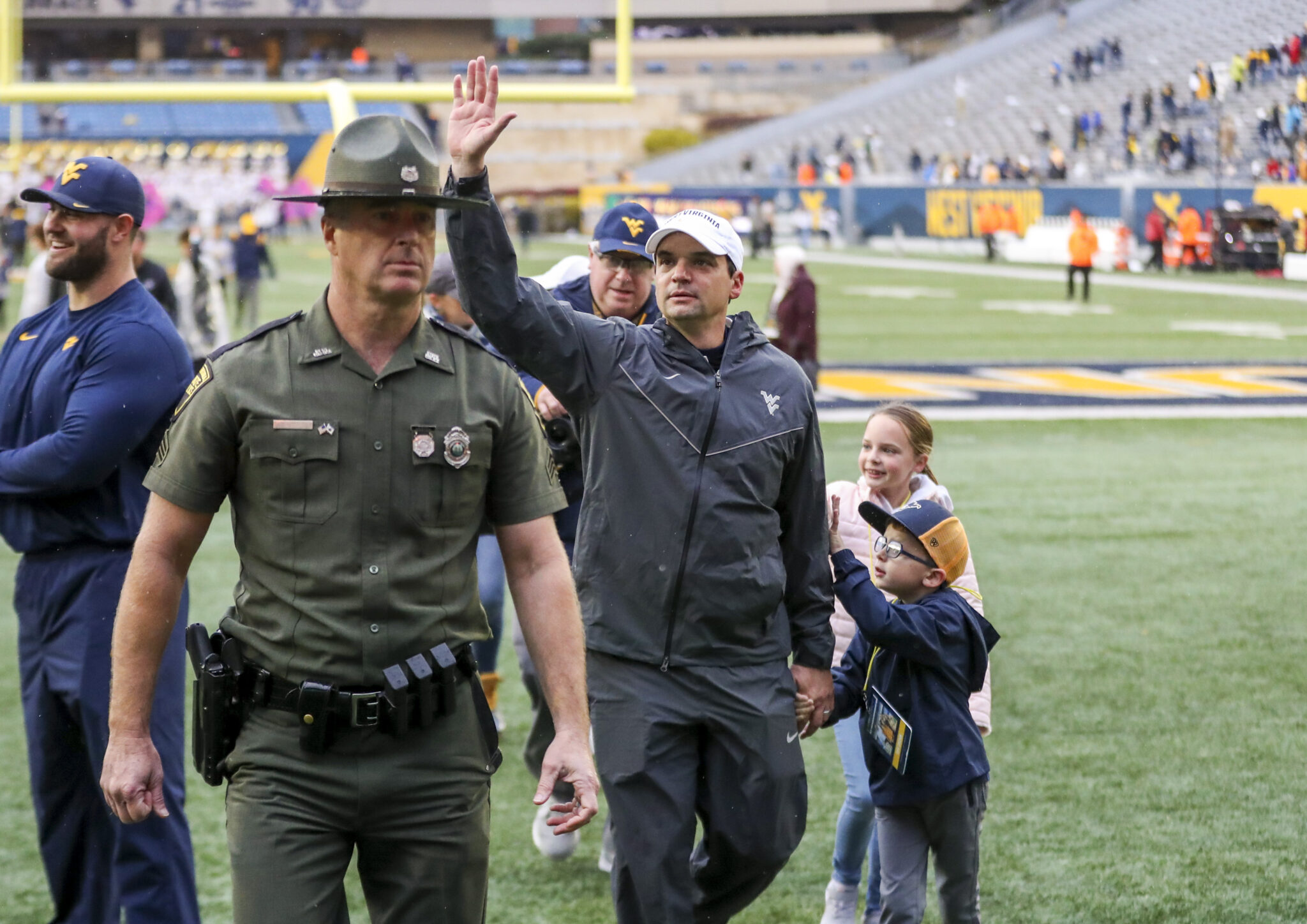 Since then, however, the Mountaineers made the most of their week off and won at TCU 29-17, before getting past No. 22 Iowa State on Saturday, 38-31.

The victory over the Cyclones on a dreary day at Milan Puskar Stadium evened West Virginia’s record and helped avenge losses to ISU in each of the previous three seasons that totaled a combined margin of 110-34.

“When we’re singing Country Roads, it’s the best tradition in college football, and then celebrating with those guys in the locker room, if they could bottle that up and sell it, it would be priceless,” Brown said. “It really would. All the work that goes into it makes it worth it. I’m proud of our staff and our players just for how we responded.”

The victory over the Cyclones was highlighted by a 370-yard, three-touchdown performance from quarterback Jarret Doege, Leddie Brown’s 109 rushing yards and two scores and a pair of defensive stands in the fourth quarter.

The first of the defensive stops came on the goal line, with the Cyclones threatening to tie the game at 38 before tailback Breece Hall was ruled to have lost a fumble inches shy of the end zone.

Dante Stills’ sack of ISU quarterback Brock Purdy in the final minute was pivotal in the second stand.

The Mountaineers also overcame adversity in several instances. They responded to Hall’s 70-yard touchdown run with a TD of their own, then answered Purdy’s 68-yard scoring pass to Tarique Milton with a second touchdown to get even at 14.

In the third quarter, WVU wideout Bryce Ford-Wheaton was flagged for offensive pass interference that took away his 46-yard reception. On the next play, Doege’s ill-advised throw was intercepted by Jake Hummel, who returned it 24 yards to the end zone.

“He really just had one critical mistake,” Neal Brown said. “He didn’t get his feet set and they returned it.”

Doege answered with a 35-yard pass to Winston Wright Jr. on the only third down play of the Mountaineers’ ensuing series, which ended with Ford-Wheaton’s highlight-worthy 23-yard touchdown reception.

“His ability to respond is huge, too,” Neal Brown said of Doege. “Outside of [the pick six], he played extremely well.”

The Mountaineers have four regular season contests remaining and need two wins to qualify for a bowl.

They’ll seek a third straight win at 3:30 p.m. Saturday against No. 11 Oklahoma State. The Cowboys bring a 7-1 mark to Morgantown, with their lone loss against Iowa State.

West Virginia will be after its third home triumph over a ranked opponent this season as it strives to even its conference record and develop more positive feelings within the program.

“The locker room was hectic — that’s the right word for the celebration in the locker room,” Leddie Brown said. “A whole lot of love. Water and Gatorade everywhere. After big wins like that, it’s good to celebrate with your team.”