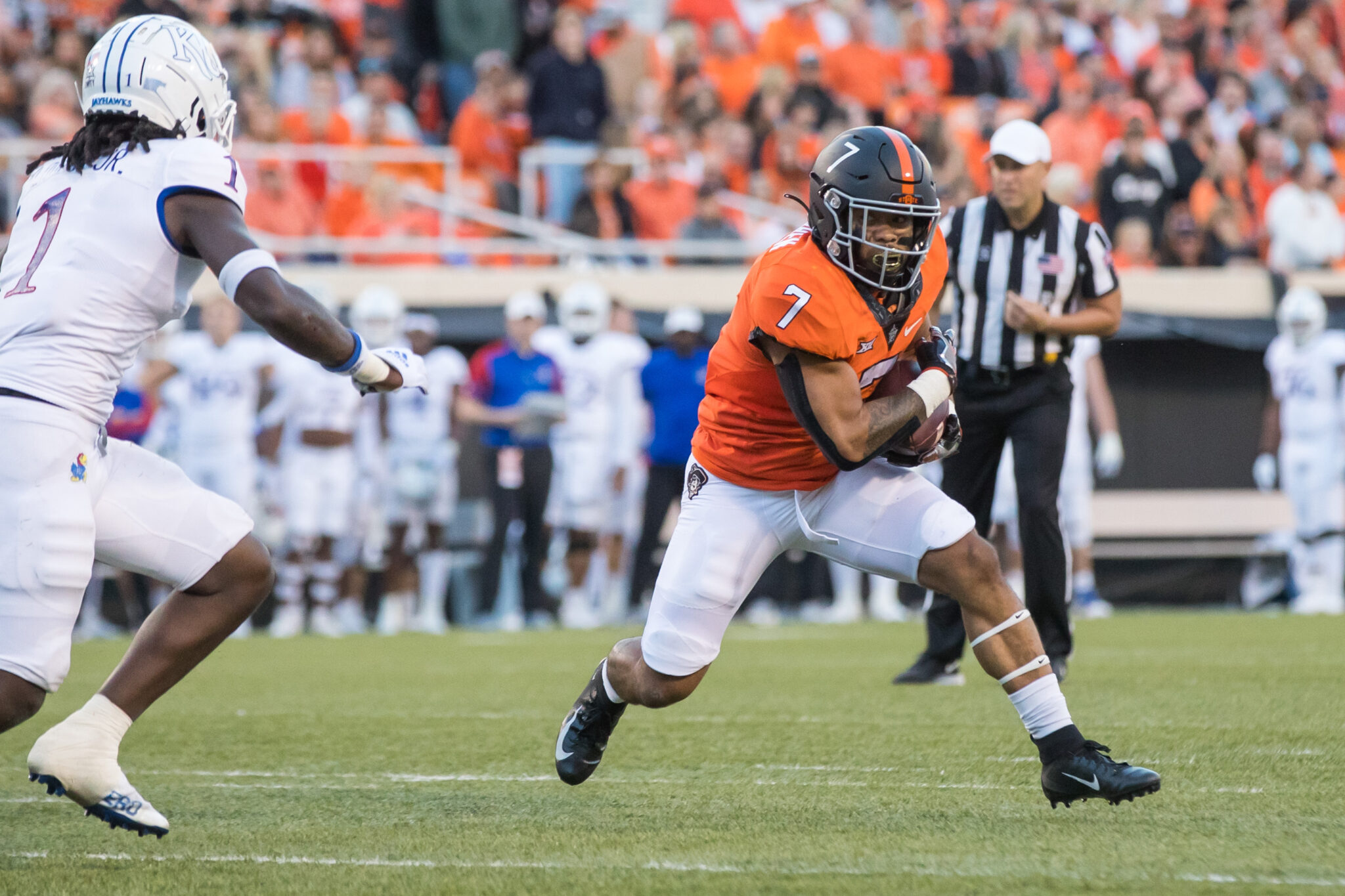 MORGANTOWN, W.Va. — West Virginia’s run defense has been put to the test throughout the 2021 season.

For the most part, the Mountaineers have held their own in that regard, which combined with a resurgent offense, has enabled WVU to enter Saturday’s 3:30 p.m. showdown against No. 11 Oklahoma State with a chance to climb above .500 for the second time this season.

A similar challenge is likely in store against the Cowboys and tailback Jaylen Warren, who enters with 850 rushing yards, good for No. 14 nationally.

“They want to run the football and it starts with Warren,” West Virginia head coach Neal Brown said. “The offensive line is really improved from a year ago and Jaylen Warren runs as physical as anybody in our league.

“The Big 12 is blessed with a number of super talented running backs and here’s another one. We had [TCU’s Zach Evans], Breece Hall and here comes Jaylen Warren. The thing I really respect about Jaylen Warren is he runs the ball angry. He’s a violent runner. He gets downhill and breaks tackles. It’s impressive. He’s a really tough tackle.”

Warren, a transfer from Utah State, has been held in check several times this season, but in a four-game stretch against Boise State, Kansas State, Baylor and Texas, he totaled 659 yards and scored four TDs on the ground.

Similar to Purdy, OSU quarterback Spencer Sanders is a threat with his legs and enters with 298 rushing yards and four scores.

While Sanders missed the team’s season opener against Missouri State, he has attempted 171 passes in seven games. That’s 84 fewer than West Virginia quarterback Jarret Doege has tried in eight games.

“Everything with the quarterback is based on the run game,” WVU defensive coordinator Jordan Lesley said of Sanders. “Whether it’s a quarterback run, [run-pass option], or any type of play action or bootleg. Really starting with the Baylor game, I don’t see much more talented running backs than that run of guys we’ve seen.

“These guys are in the same mold and same type of backs. Just as good and just as explosive and powerful. It’s the best combination of speed and power in a run of teams at running back in this league that I’ve ever seen.”

The four-man front featured Akheem Mesidor and Dante Stills at defensive end, with Jordan Jefferson and true freshman Edward Vesterinen at the tackle spots. Taijh Alston, who has played extensively this season and started seven contests, primarily played in sets with three-man fronts.

“If it’s applicable to that game, rotating those guys in against against teams like that is obviously good for us,” Lesley said. “We’ve always said explosiveness and athleticism are more important on that front than straight up size. In a lot of ways, against an offense like that, I think it gives you an advantage.”

The ability for Mesidor and Stills to handle double teams has created opportunities for other defensive linemen and defenders at the second and third level to make plays behind or near the line of scrimmage.

Perhaps no player has capitalized on that more than senior linebacker Josh Chandler-Semedo, who leads the Mountaineers with 72 tackles. Chandler-Semedo has 23 stops over his last two games and at least 11 tackles in three of the team’s last five outings.

After his 12 tackle, one-sack effort against the Cyclones, Chandler-Semedo was named the team’s defensive player of the week.

“The last two weeks, he has really played at a high level,” Brown said. “He’s playing his best football of his career right now and we’re excited for him. He’s doing a really good job leading and communicating.”

According to Brown, the same can be said for Stills, and the coach believes his statistics don’t give an accurate description for the level he’s playing at.

“Dante has played his best football over the last month,” Brown said. “Sometimes it shows on a stat sheet with tackles for loss and sacks, sometimes it doesn’t. But he’s done his job and Mesidor the same, which has enabled our linebackers to play better and our other defensive linemen to play better.

“Our fundamentals are much better. We’re playing different. We’re not necessarily just moving all the time. Our M.O. for a long time was movement. When you play these huge people like Iowa State, you can’t move as much. They just kind of swallow you up, so you have to get push off the ball, which we did a nice job with. That position group has the most depth, the most experience and we need them to continue to play.”