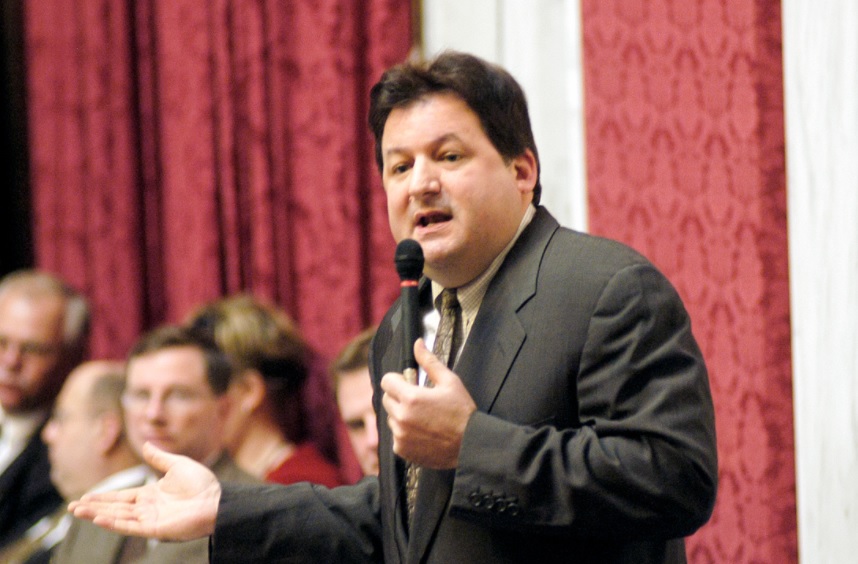 CHARLESTON, W.Va. — Former House of Delegates Speaker Bob Kiss is being remembered for his legislative leadership following his death back on Friday.

Kiss, 63, suffered from cancer. His illness was kept private and his death caught many by surprise.

Kiss was elected to the legislature in 1988 and eight years later he was ready to lead the House as its speaker. He served in that role from January 1997 to December 2006.

During heated debates in the House, Kiss would at times leave the speaker’s podium, pick up the microphone at his floor desk behind his 27th District chair and speak to the full House. Those moves often caught the attention of everyone on the floor.

A search of MetroNews archives remembers one such floor speech given by Kiss in the 2001 session when lawmakers were debating whether to legalize video lottery machines which were known as grey machines.

“It would be presumptuous I think, and this is my opinion, for anyone to stand on this floor today and say with any great degree of certainty and say the passage of this bill or the defeat of this bill is going to make this state a better place to live,” Kiss said. “Will we have more society harm? Broken families? I don’t know the answer to that question. I wish I did.”

Kiss came down to the floor in the 2004 floor session during argument over Charleston’s user fee and if lawmakers should have to pay it when they are in the Capital City for the regular session.

“Legislators are not being treated preferentially, unless I’m missing something here, I think what I’m doing is that we’re being treated the same as every other state employee,” he argued.

Later in that same session Kiss became frustrated with his Democratic leadership team because several of the leadership bills had stalled. He met with his team in private and then described the meeting to reporters.

“It wasn’t a meltdown, it was a flicker,” Kiss said. “I brought them back into my office, my minor committee chairs and my major committee chairs and made the point to them, ‘You guys are the ones that decided to put these bills on your agendas. You must have believed they were good ideas and now they’re on the floor and you’re voting for amendments to change them, why didn’t you do that in committee? Or voting against them, why didn’t you do that in committee?'”

Kiss announced in the weeks leading up to the 2004 Primary Election that the next two-year term would be his last in the House.

He served over his final regular session in 2006 and was somewhat emotional when he left the podium for the final time on the last night of the session.

“It was difficult in that sense,” Kiss told reporters. “I generally don’t run around wearing my emotions on my sleeves.”

Kiss didn’t return to state government until his friend, former Senate president, Earl Ray Tomblin became governor. Tomblin named Kiss his revenue secretary in July 2013. Kiss left no doubt during an appearance on MetroNews “Talkline” who was running things in the Tomblin administration.

“Before I was the presiding officer, now obviously I answer to the governor and the governor is the one who sits and makes policy, not the secretary of revenue,” Kiss said.

He served in the post until Tomblin left office at the end of 2016.

“I count myself as monumentally privileged to have had the opportunity to work with him (Tomblin) to the benefit of West Virginia nearly all of my adult life,” Kiss said at the time.

Gov. Justice praised Kiss for his legislative accomplishments including helping create the state’s Rainy Day Fund. Kiss was also played a key role in the plan, which is still being used today, to pay down the monumental debt in the state worker retirement systems.