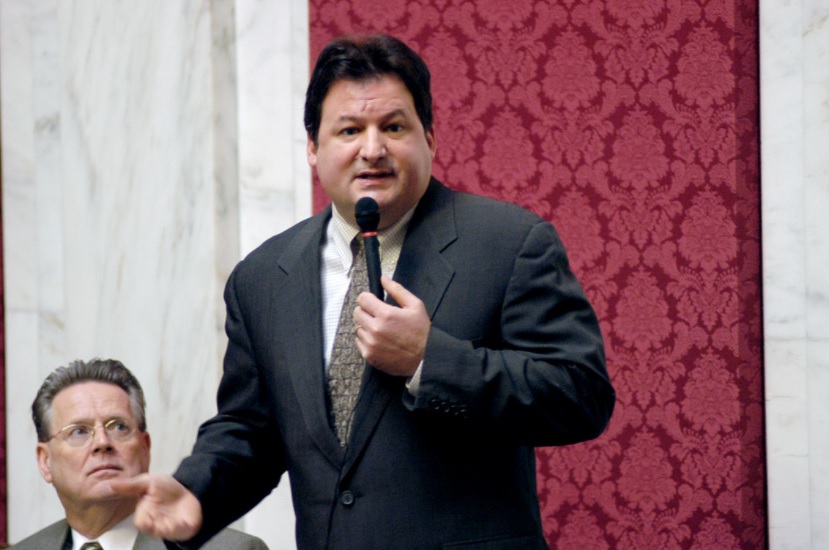 A 2004 floor speech in the House from Speaker Bob Kiss. (WV Legislative Photography, Photo by Will Price)

CHARLESTON, W.Va. — Flags will fly at half-staff Tuesday at the state capitol and all state-owned facilities in honor of the life and service of former House of Delegates Speaker Bob Kiss.

Kiss died of cancer back on Friday. He was 63.

During an appearance Monday on MetroNews “Talkline”, former Gov. Earl Ray Tomblin remembered his time serving with Kiss in the legislature. Tomblin was Senate president for the 10 years that Kiss was House speaker. Tomblin called him a man of integrity.

“When he told you he was going to do something you could take it to the bank,” Tomblin said.

Tomblin turned to Kiss in 2013 to be his revenue secretary after he became governor. He said Kiss was perfect for the job.

“He stayed to the very last day of my administration. I was so grateful. He did a tremendous job for us,” Tomblin said.

Former state lawmaker Rick Staton was the majority leader in the House when Kiss was speaker. He said Monday on “Talkline” that Kiss ran the speaker’s office not with a heavy hand but rather in a supportive way to hear all sides of the caucus.

Staton said many of the decisions that may cause tension within the caucus were made outside of floor sessions.

Staton said when Kiss left the House in 2006 after 18 years in office it was more about spending time with his family, his wife and twin sons, than it was being burned out.

Staton said he learned of Kiss’ illness in recent months. He said Kiss and his family wanted to keep things very private which he respects.