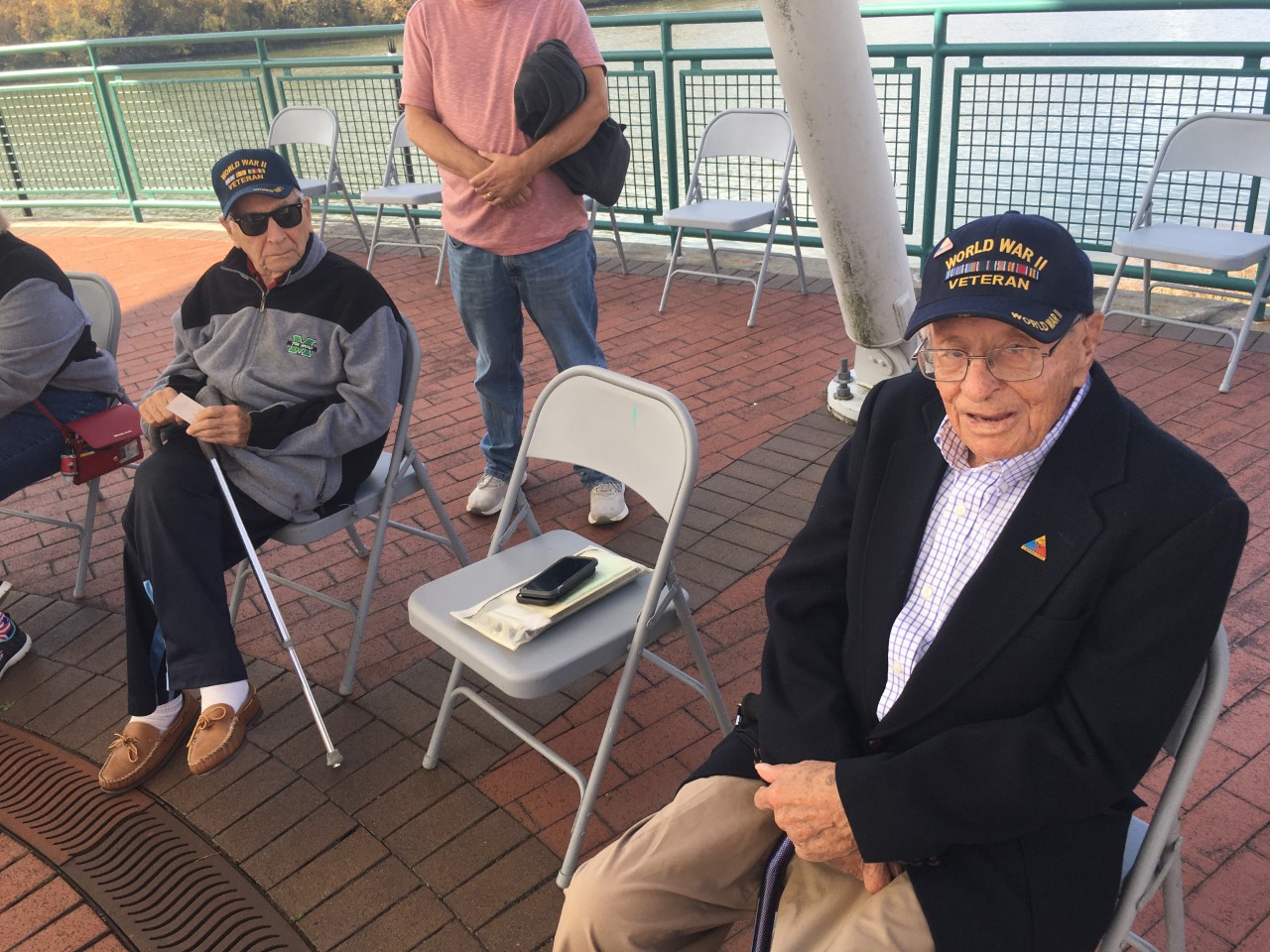 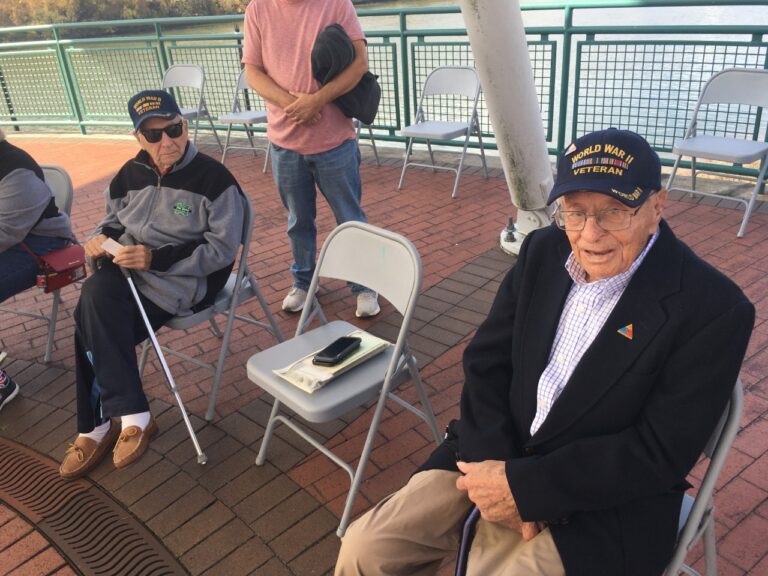 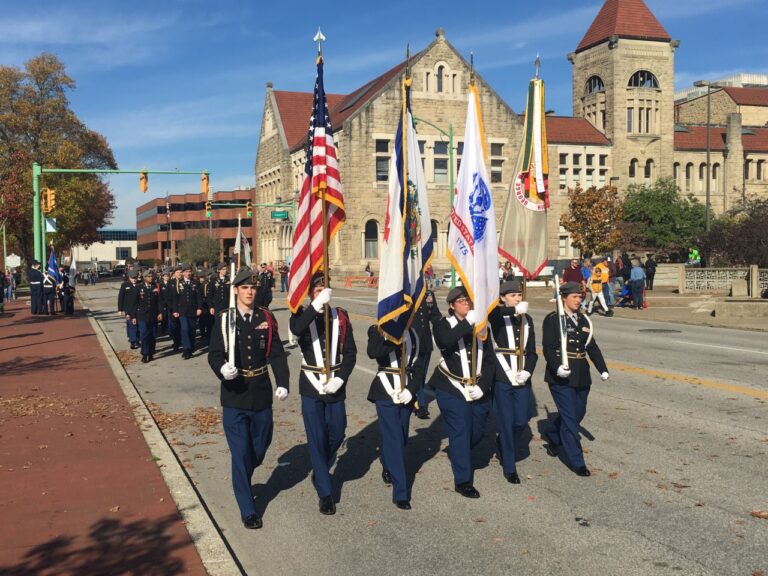 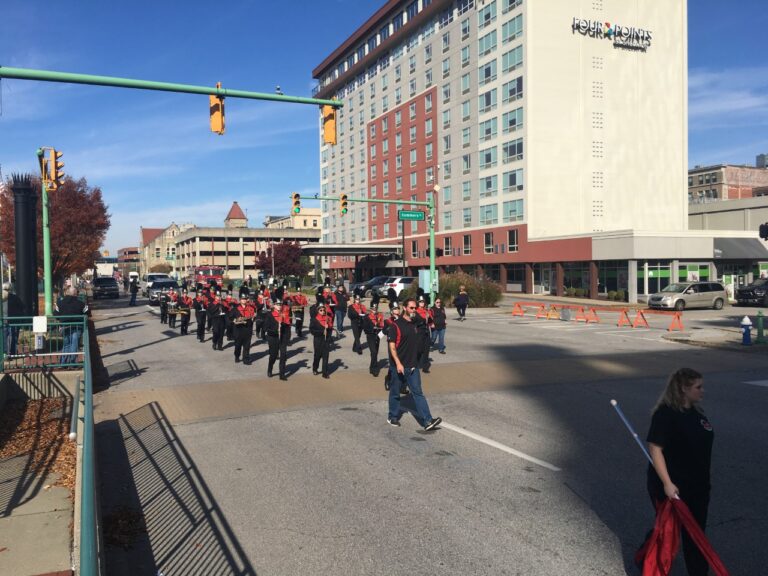 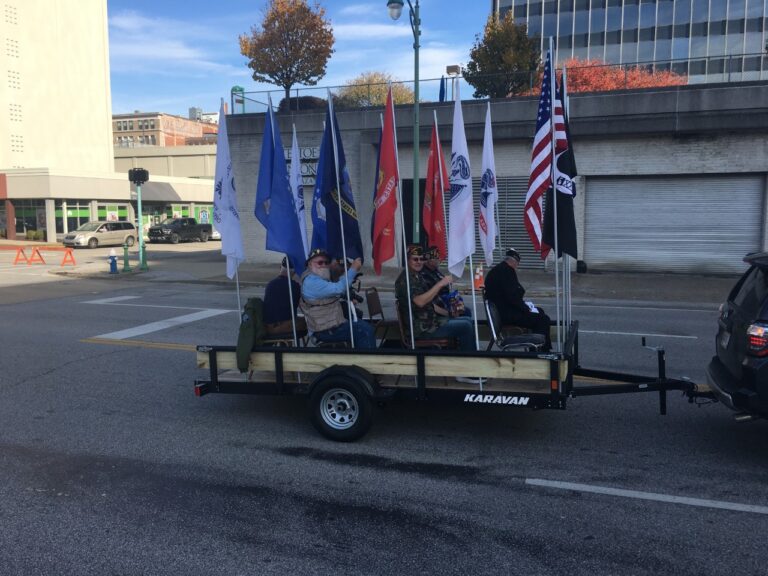 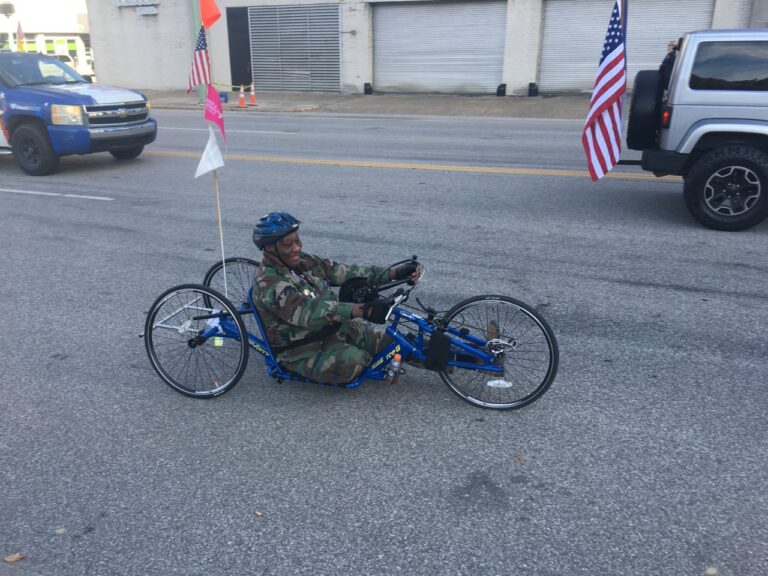 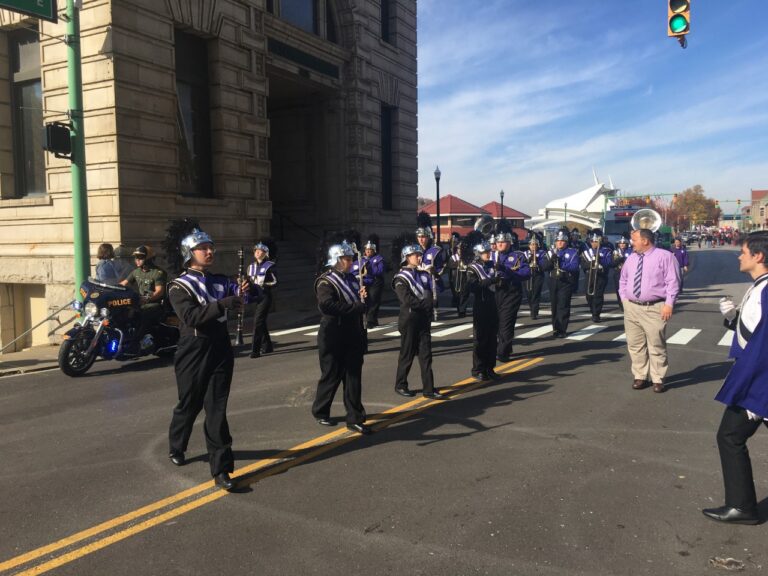 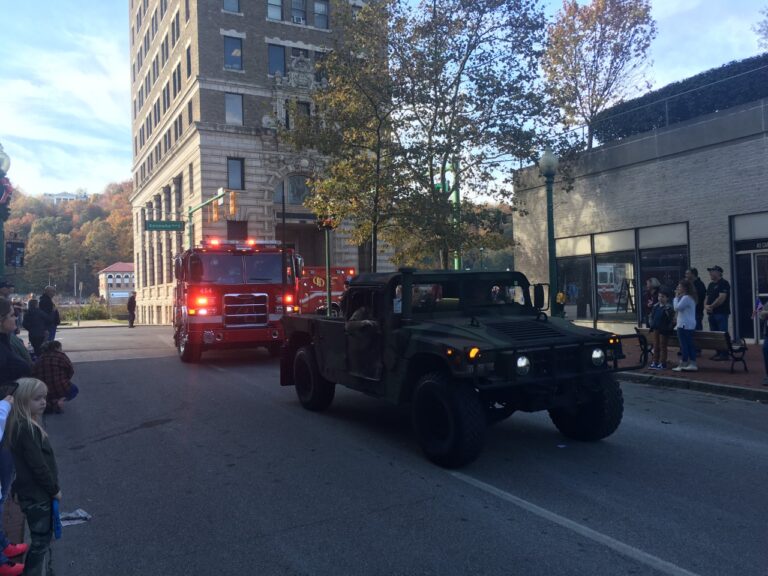 CHARLESTON, W.Va. — Hundreds of onlookers lined the streets of downtown Charleston to thank American veterans for their service Thursday.  A year after the Charleston Veterans Day parade was forced to be virtual due to Covid, many turned out to resume the November 11th tradition in person this year.

“Even though we use November 11th each year to honor our veterans, they are in our hearts every day of the year,” said U.S. Marshal Michael Baylous who was the guest speaker at the ceremony following the parade at Charleston’s waterfront

More than 50 units joined the parade as it snaked through the streets of downtown Charleston. In the lead car was parade grand marshal and World War II veteran Don McGovern. At age 96, McGovern downplayed his role during the war as what everybody did at the time.

“It wasn’t too much, I got into it at the end of it with the 20th Armored Division and ended up in Germany when the war ended. We were heading back to the United States because they were going to ship us out to Japan for the invasion. Luckily the war ended and we didn’t have to go,” he said.

McGovern grew up in New York, but now makes his home in an assisted living center in Kanawha County. His daughter lives in the Charleston area. Beside him on the podium at the Veterans Day ceremony was another World War II veteran, Julian Sockman of Moundsville, West Virginia.

“I was 18 in March and I was drafted in June, so I didn’t have much time to think about it,” McGovern laughed.

“There are so many veterans out here–and a lot of them in West Virginia. You’d probably be surprised to look at the numbers and see how many folks we have in West Virginia who were willing to selflessly serve,” explained Baylous, who served in the Marine Corps Reserves.

You might also be surprised at how many people you work with on a daily basis, but had no idea that person was a veteran. Those are the people who were celebrated on Thursday.