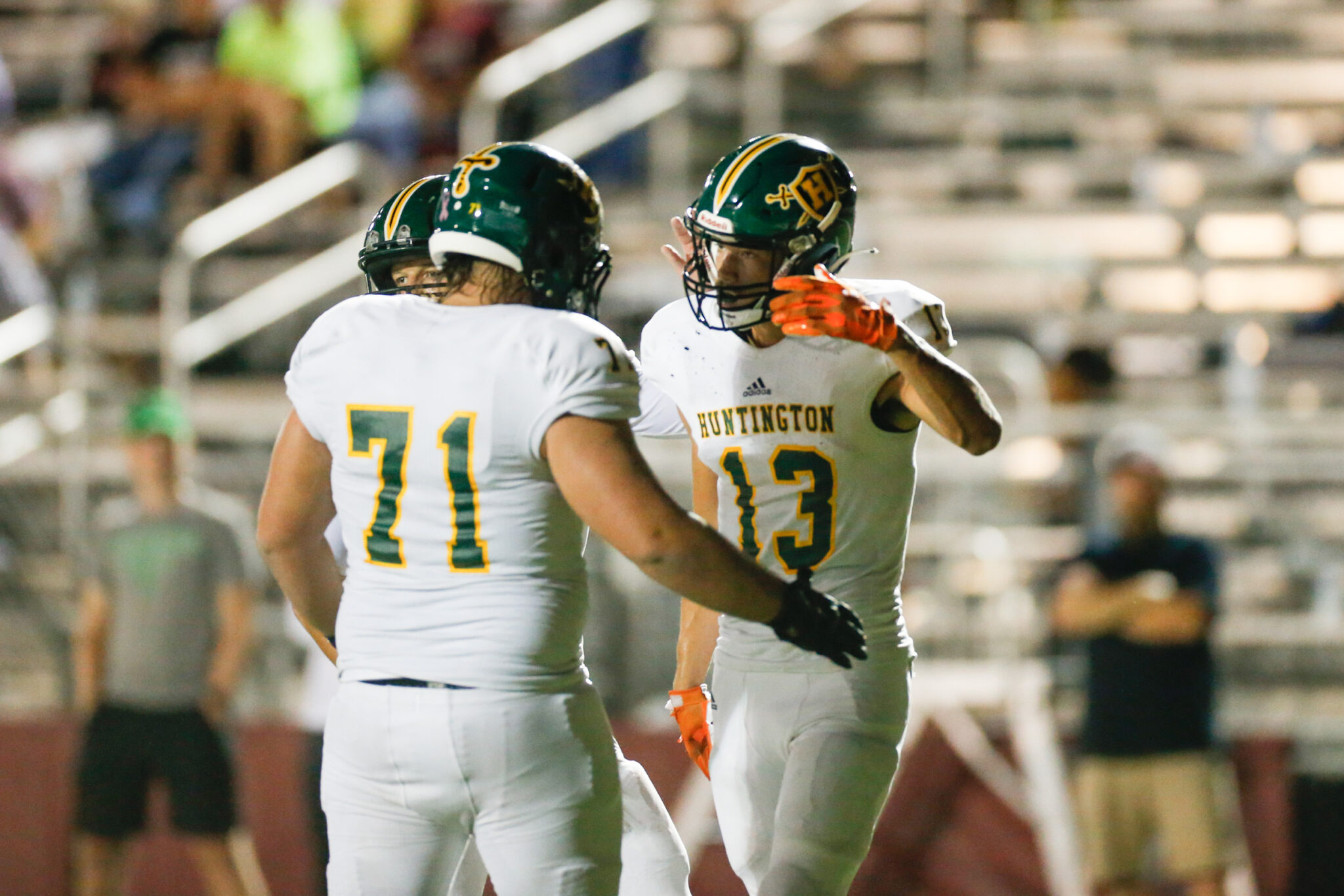 MORGANTOWN, W.Va. — After struggling to find their footing in 2020, Huntington roared back to the top of Class AAA with a 10-0 record and an MSAC championship. The Highlanders have earned the No. 1 seed and an opening-round contest with Wheeling Park.

“The perseverance those young men showed through last year, I felt like we had the opportunity to be a real good football team this year,” said Huntington head coach Billy Seals. “All the credit goes to our kids. They have executed every week and practiced well. And they are hungry to continue to play.”

Martinsburg claimed state titles from 2016 to 2019 and as the No. 2 seed, their path to Wheeling will once again run through Berkeley County. The Bulldogs will host Parkersburg South Friday in a rematch of the 2019 state semifinal game.

“Back in August, if we had said 9-1 with our schedule, we would have been pretty happy about it,” said Martinsburg head coach Britt Sherman. “Dropping the last one was of course disappointing but we wanted to play teams that challenged us this year and take trips that challenged us. So we did that and we are geared up for the second season.”

Bridgeport is 10-0 in Tyler Phares’ first season leading the Indians. Despite the perfect record, Phares says he can still find areas of improvement.

“You can turn on the film and see what you are not good at or you are struggling at very easily,” Phares said. “We definitely have things we want to keep getting better at and we need to quickly in order to keep the season going.”

The Indians will host Morgantown in round one. This game is a regular season rematch from the second week. Second-year head coach Sean Biser says a postseason trip was needed to continue the development of the Mohigan program.

“We laid out a plan at Morgantown High to get us back to where we belong and this was one of the things,” Biser said. “We needed to increase the number of kids playing, get back in the weight room the way we are supposed to be, do some things around the program and then qualify for the playoffs, and then obviously try to advance. This was huge in the next step.”

“You have to have so many things go right to go 10-0,” said University head coach John Kelley. “I am proud of the team and what they have accomplished. No one even had us on their radar. We weren’t listed in anybody’s power rankings or we weren’t even considered as the outside looking in people. For these kids to accomplish what they did — 5A champions in the OVAC, 10-0 perfect season, TRAC conference champions — I am really proud of them.”

In the No. 5 versus No. 12 matchup, Cabell Midland will host South Charleston. The Black Eagles are 5-5 after a season filled with injuries to key players. The Knights have produced their typical annual rushing marks despite breaking in several new running backs.

“New kids have stepped up,” said Cabell Midland head coach Luke Salmons. “We have rushed for over four-thousand yards. I am proud of all of them. We have had some sophomores step up. Collectively, everybody in my opinion, defensively and offensively, I think everybody has stepped up since last year.”

The Hurricane Redskins are in the postseason for the sixth consecutive season. They will make the long trek to Shenandoah Junction to face a nine-win Jefferson team.

“9-1 surprised us,” said Jefferson head coach Craig Hunter. “We started off with the first season goal to get to the playoffs. Then once we got to a certain point, we started reestablishing more goals. The next goal after that was to try to get a home playoff game. The next goal after that was to see if we could go undefeated. Martinsburg stopped us on that path but they stop a lot of people on that path.”

Princeton is back in the playoffs for the second year in a row. The Tigers earned the No. 10 seed and a trip to Spring Valley on Saturday. The Timberwolves closed out an 8-2 regular season with wins over Fairmont Senior, Martinsburg and Hurricane. Spring Valley has made their way this season with an offense that has rushed and passed for over 1,800 yards.

“We thought we could throw it a bit more than we have in the past,” said Spring Valley head coach Brad Dingess. “I didn’t think it would be as much as what we are doing. I think we have thrown over twenty times almost every game. The big thing that is concerning is being able to run the football. There have been some games we have struggled with that, which is a little odd. But we have been able to do it a little bit better every week.”

In the No. 9 versus No. 8 contest, George Washington travels to Fairlea to face Greenbrier East. The Patriots are in the postseason for the sixth time in seven years. With a record of 8-2, the Spartans posted their most regular season victories in 31 years.