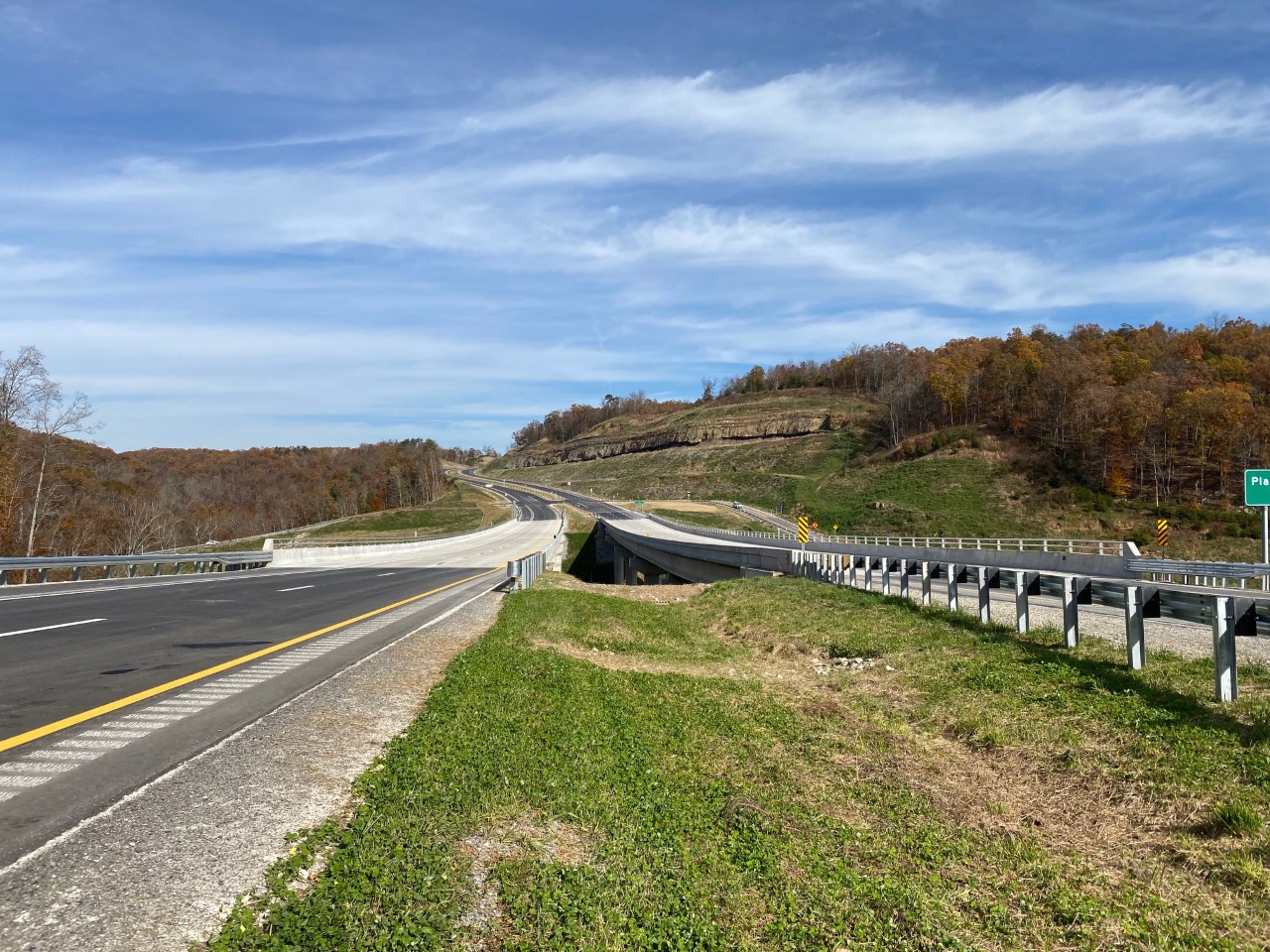 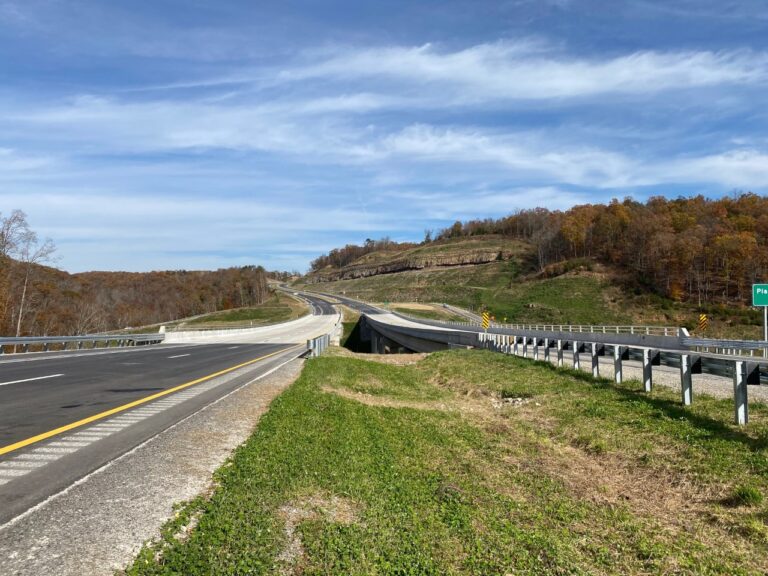 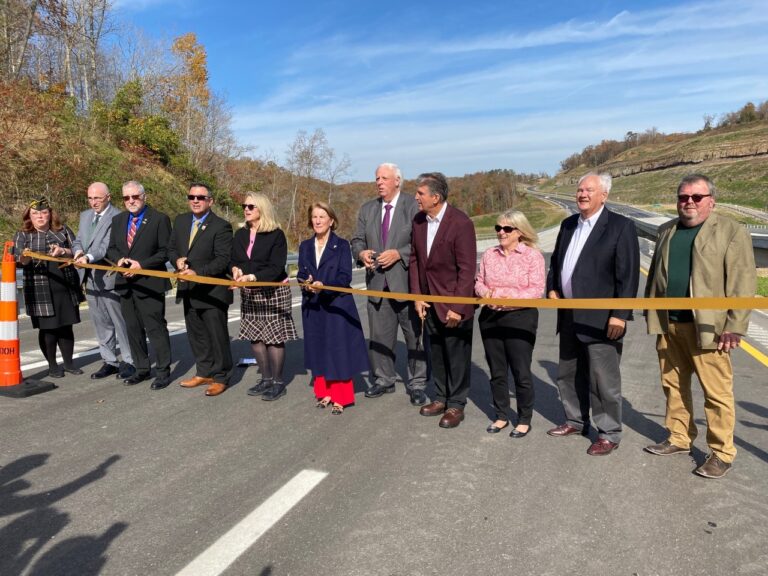 Many were part of Thursday's ceremony including Gov. Jim Justice and U.S. Senators Joe Manchin and Shelley Moore Capito. (Photo/MetroNews) 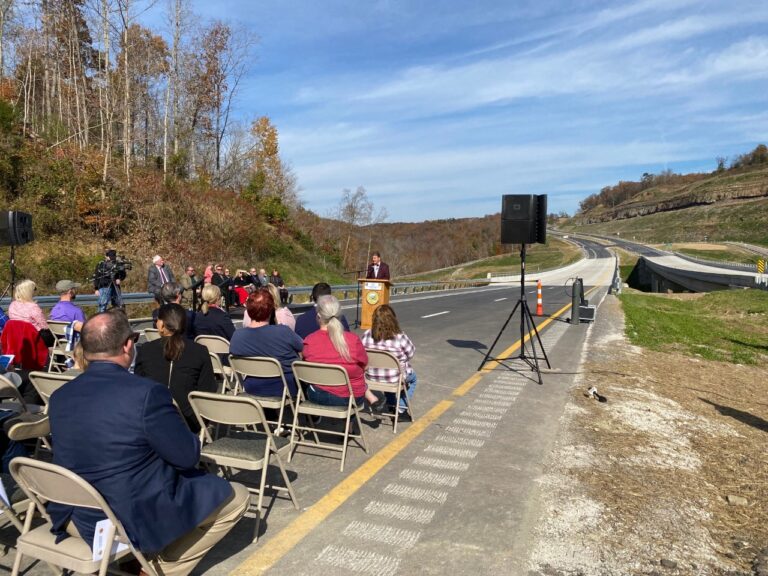 The first four-lane section was finished in 1997. (Photo/Carrie Hodousek-MetroNews) 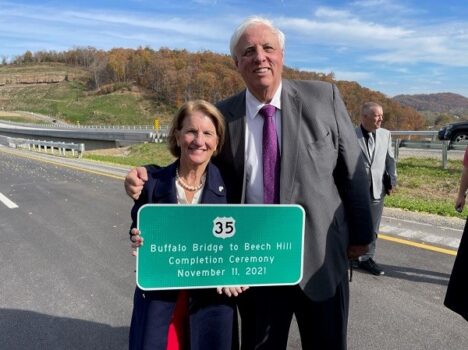 FRAZIER’S BOTTOM, W.Va. — Almost everybody in the crowd that had gathered on the final four-lane stretch of U.S. Route 35 Thursday had a story about whether they thought the road would ever be completed.

Those questions were answered when the ribbon was cut on the 14.6 mile stretch that will link Frazier’s Bottom in Putnam County to Beech Hill in Mason County, making the 37-mile highway all four-lane.

“The first comment we had to each here was, ‘Did we ever think that we’d get to this day?'” U.S. Senator Shelley Moore told the crowd. “Here we are. What a great day.”

The first section of four-lane was completed in 1997 in Mason County. After a second session was completed there a few later, 11-miles from Interstate 64 at Scott Depot to the Frazier’s Bottom were completed by 2009, much of the money coming from earmarks in federal money secured by then Rep. Capito.

But getting the last stretch completed seemed to be the most difficult.

U.S. Senator Joe Manchin spoke Thursday and talked about moving the project up the priority list when he was governor.

Proud to celebrate the opening today of the final 14-mile segment of US-35 from Buffalo to Point Pleasant. As governor, I helped expand this critical four-lane highway, and today’s announcement will mean safer & faster travel through Putnam & Mason counties. pic.twitter.com/G0Ur7UQnVn

Once Manchin left office, Gov. Earl Ray Tomblin pushed the final section and was able get the earth moving part of the section under contract. Gov. Jim Justice came on board and promoted his “Roads to Prosperity” program which paid for the completion, which cost about $250 million.

Justice said he traveled Route 35 a lot when he was in school at Marshall. He said he would drive to Mason and Putnam counties to bird hunt.

“I would come and I would drive 35 all the time and I would think, ‘This place is dangerous and if there was any place that ever needed a road it was this,'” Justice said.

He said the opening the final stretch is a great achievement.

“It will take lives and take all of that different type of traffic and separate it,” Wriston said.

Only the southbound lanes were opened to traffic Thursday. Wriston said it would take a few days to remove the barriers from the northbound lanes. It said it wouldn’t be long until all lanes are ready for traffic.

There was special recognition given Thursday to families of Jack Fruth and Charles Lanham. Fruth and Lanham, two successful businessmen, devoted years toward the effort of making Route 35 a four-lane highway. Both men have passed in recent years.