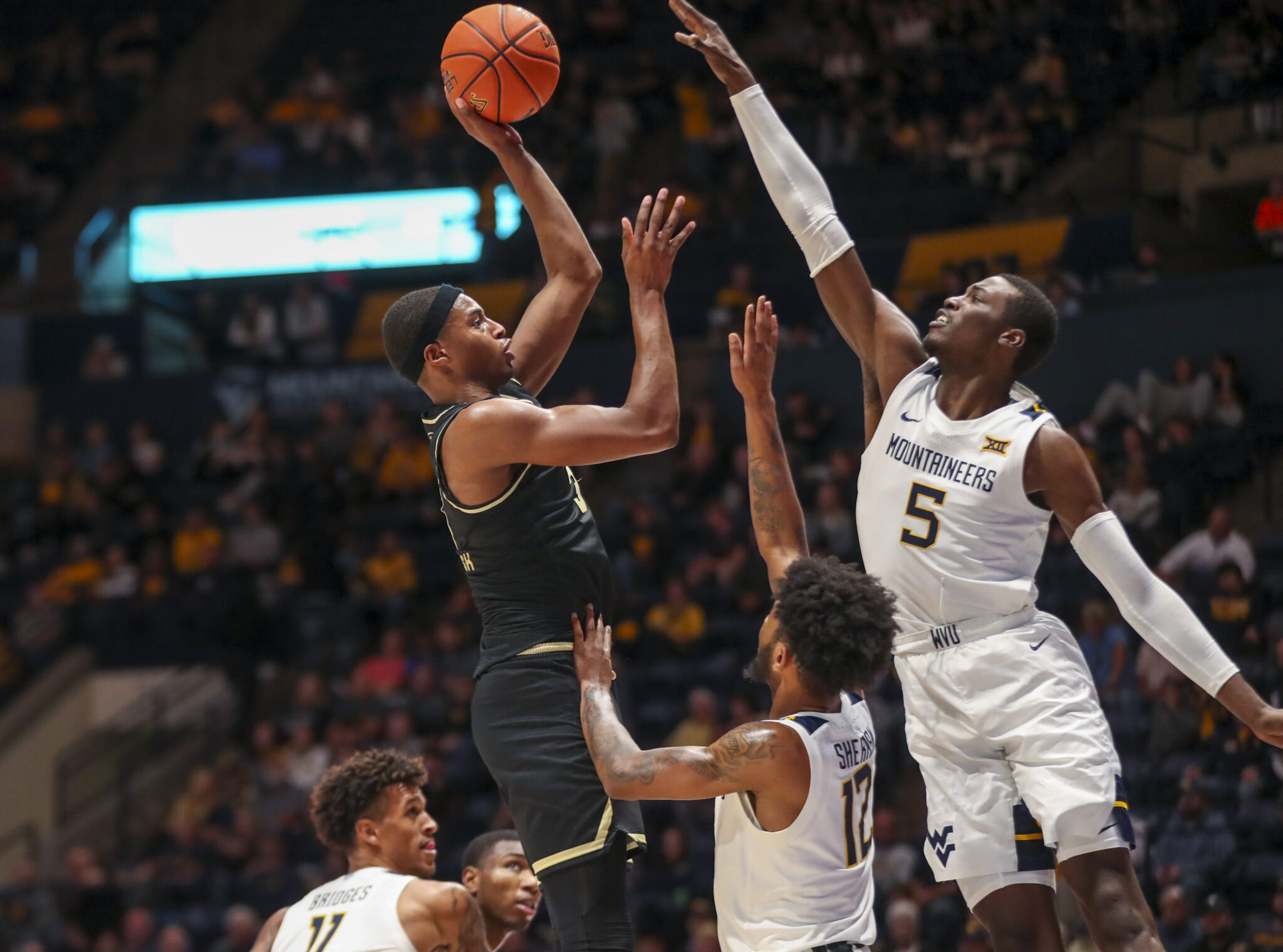 MORGANTOWN, W.Va. — West Virginia’s trip to the 2018 NCAA Tournament Sweet 16 in Boston ended with a loss to eventual national champion Villanova. But for graduate transfer forward Dimon Carrigan, that was the initial connection that would lead him to Morgantown three years later.

“When I was at Bunker Hill, my D3, West Virginia was playing in the [NCAA] Tournament. [They] were at Northeastern and I was at that practice,” Carrigan said. “[WVU] recruited me out of D3, D3 JUCO, not just D3 college. The fact that the loyalty was still there, the love was still there when I entered the transfer portal for this fifth year, I had to come to a place that felt like home. That’s what made me end up at West Virginia, the loyalty.”

Carrigan played one season at the school in Chelsea, Mass., before transferring to Odessa Community College in West Texas. The differences from junior college basketball to top-tier Division I programs are more than the level of play.

“It is the trenches compared to here. You don’t get the same setup,” Carrigan said. “You might get a nice court depending on where you are, but those schools aren’t funded by alums. Most of the money goes back into the actual school for players. Especially being a community college, it is hard to actually get funding for schools like that. You see the difference in nutrition and traveling. Even in competition, you see a big difference.”

After concluding his two year-stint in junior college basketball, Carrigan transferred to Florida International. He played in 30 games off the bench as a junior and transitioned into a starting role as a senior. Carrigan entered the NCAA Transfer Portal to play as a graduate transfer.

“I was beyond scared,” he said. “What a lot of people don’t know is you have probably three thousand kids with D1 offers out there. Every year the transfer numbers are increasing. There were like 1,700 kids in there. You put those numbers together and it is like four to five thousand, plus the JUCO kids with offers. It gets really scary, especially knowing seniors can come back. There’s a lot of teams that might have interest in you, but you are not going to end up picking that school.

“Luckily, I did something that a lot of other players didn’t have, which was a great block percentage. I got a few calls and I was one of the lucky few that ended up staying in Division I, because I know a lot of people had to lower their level.”

“I feel like I can compete with anybody, so I wanted to up my conference. Conference USA is probably a top ten conference in the country. I loved it there and played a lot of great people, people that got drafted. But it was time to come play with the big dogs in the Big 12.”

“You are standing on the shoulder of a giant when you are in Massachusetts and are going to Cambridge & Latin. We have Rumeal Robinson, Louie Ford, a couple dudes before that went to the league. Pat is just the biggest name and for me to be a center, I felt like there was a lot of pressure.

“You feel that when you walk in there. Everybody feels that. This is Patrick’s school. He built that.”