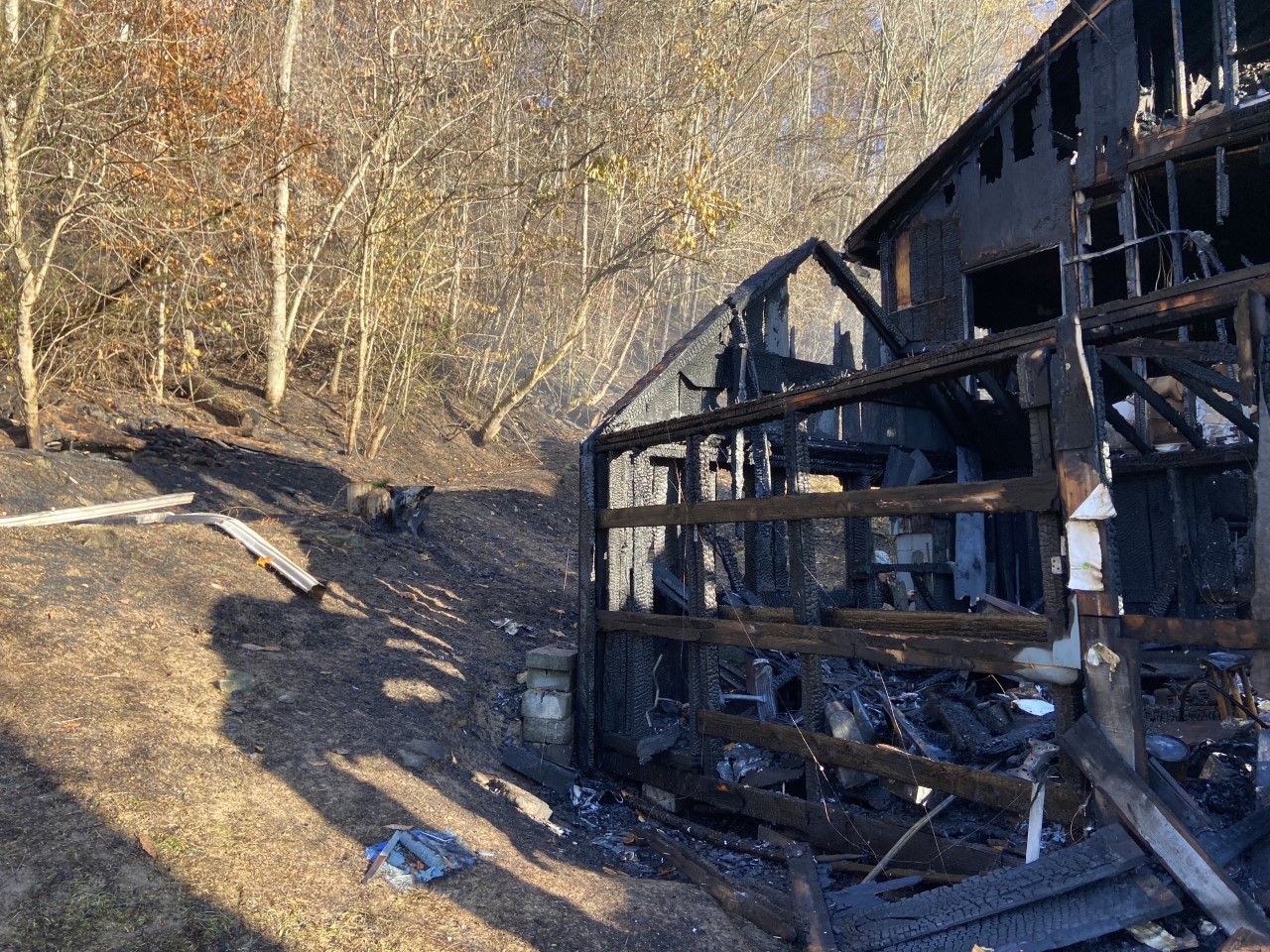 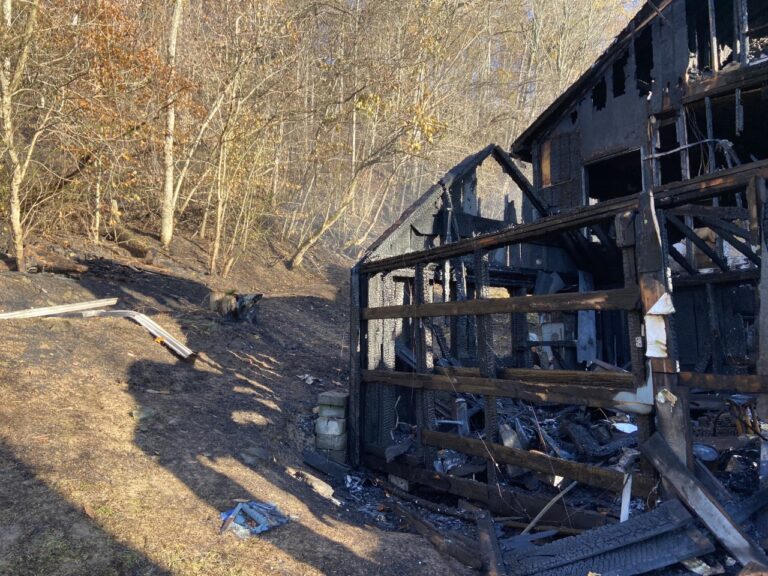 The house was destroyed by the flames. The wind spread those flames into the nearby woods. 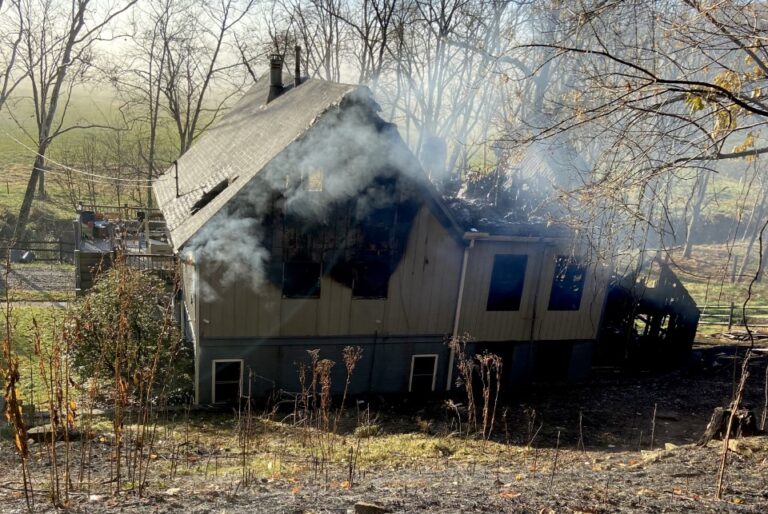 It is believed the flames spread from an outbuilding to this house and then into the nearby woods. 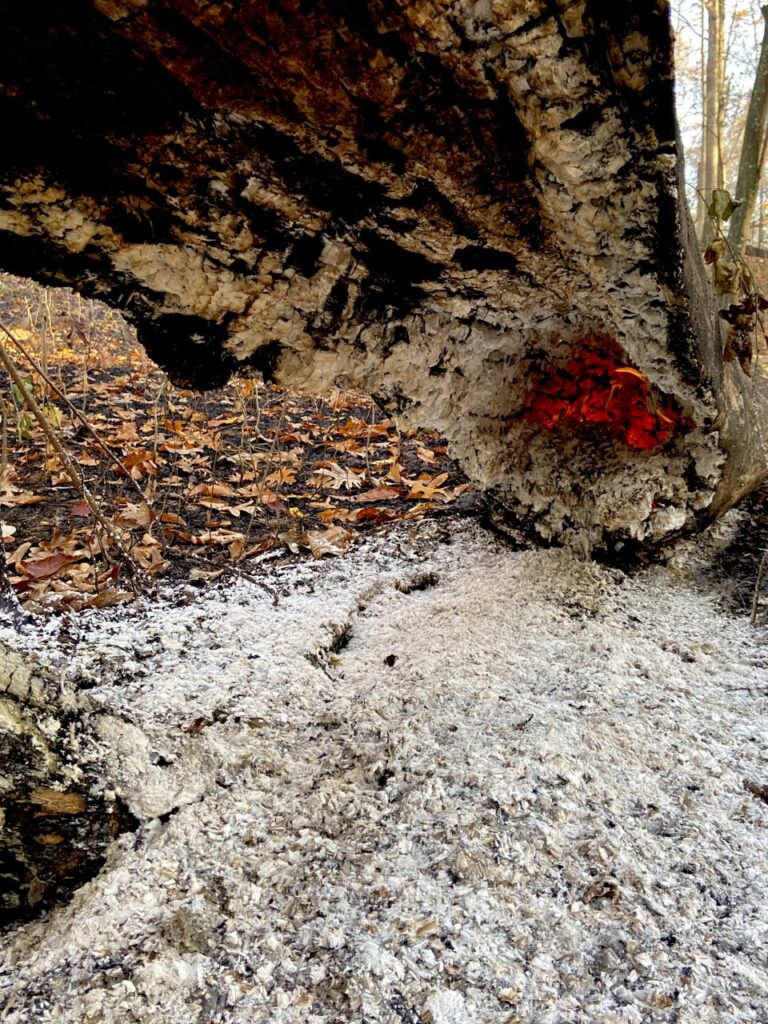 The fire destroyed about 16 acres in Harrison County. 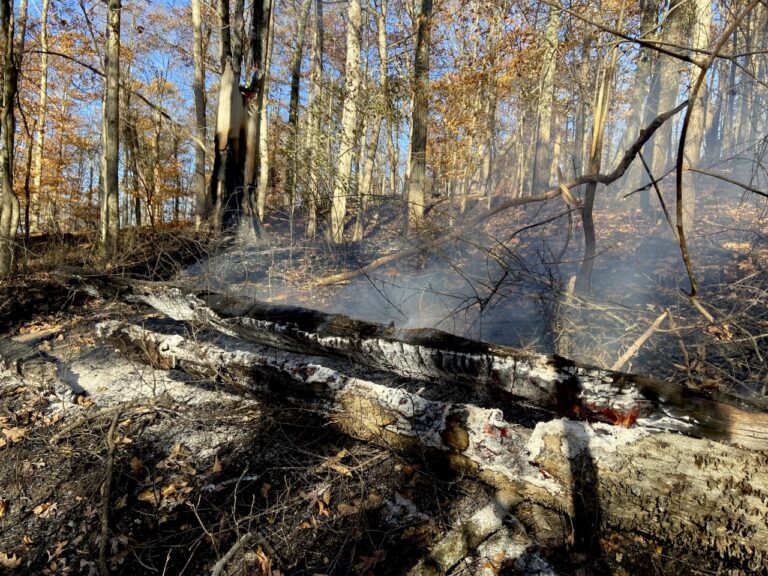 The fire could be seen from several miles away. 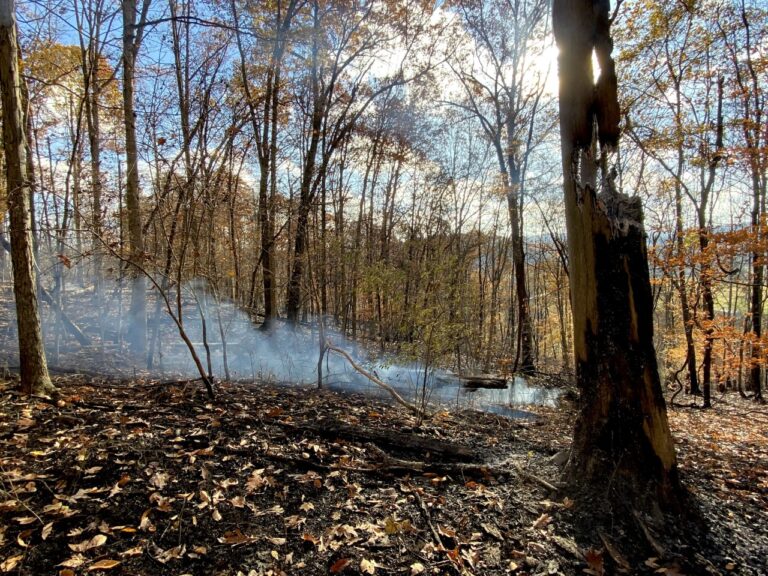 JANE LEW, W.Va. — A Thursday night fire in Harrison County had grown to 16 acres and was spreading because of high winds when rain arrived.

The blaze began at around 6 p.m. It may have started in an outbuilding on property along White Lane Road near U.S. Route 19 just north of Jane Lew near the Harrison-Lewis county line. The flames spread to a house and then into the nearby woods.

Firefighters from several companies in Harrison and Lewis counties were on the scene but heavy wind gusts hindered them from being able to bring the fire under control as it burned along the hillside.

A line showers approached the area at around 10 p.m. help knock down the flames. A lot a leaves fell which also helped.

An investigation into the cause of the blaze is continuing.