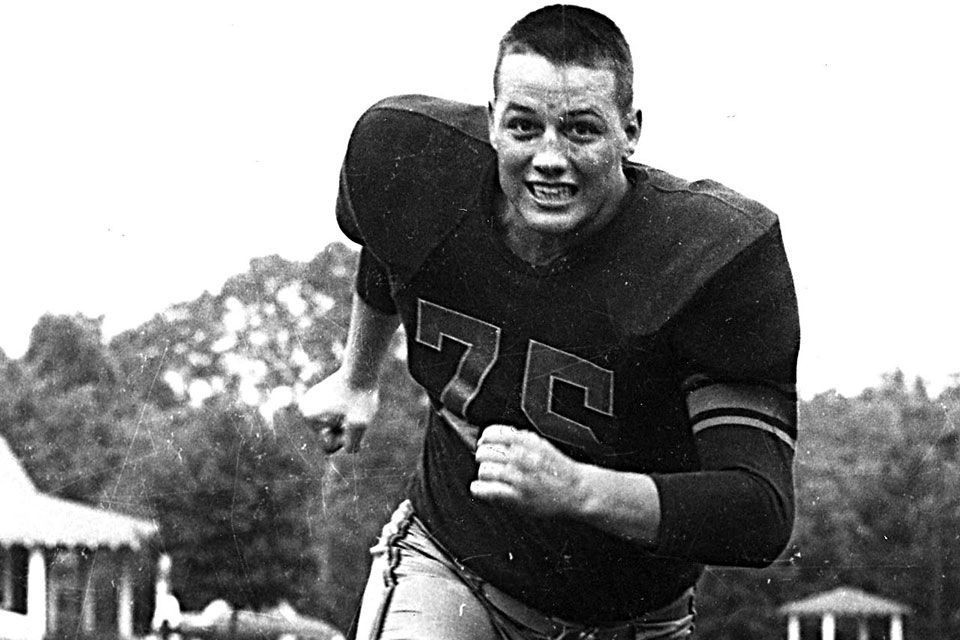 Huff, a native of Farmington, was an All-American two-way player at WVU in the 1950s helping lead the Mountaineers to three straight wins over Penn State and a 1953 appearance in the Sugar Bowl against Georgia Tech.

Huff was selected in the third round of the 1956 NFL Draft by the New York Giants. He made his mark as a linebacker on defenses coached by the legendary Tom Landry.

Huff was featured in the CBS documentary ‘The Violent World of Sam Huff’’ in October 1960.

Sam Huff was indeed the gold standard for grit and tenacity. The son of a coal miner and the first in his family to go to college, Sam was a true Mountaineer legend. My thoughts are with the Huff family as we remember the indelible mark Sam left on West Virginia University.

Huff played 14 seasons in the NFL. He finished his career with the Washington Redskins.

Huff also had a 38-year broadcasting career with the Redskins teaming many of those years with former Washington quarterback Sonny Jurgensen.

Most knew Sam Huff as an NFL Hall of Famer. We knew him as an advocate of racing and co-founder of the @WVBClassics. Sam passed away today at the age of 87. He will forever be woven into the fabric of West Virginia racing. Our deepest condolences to all who loved him. pic.twitter.com/xagFzGlbTO

He was a horse racing advocate and co-founder of the West Virginia Breeders Classic that’s held at Charles Town Races.

Huff’s death was confirmed by the Washington Football Club Saturday. He died at a Winchester, Va. hospital. He was diagnosed with dementia in 2013.