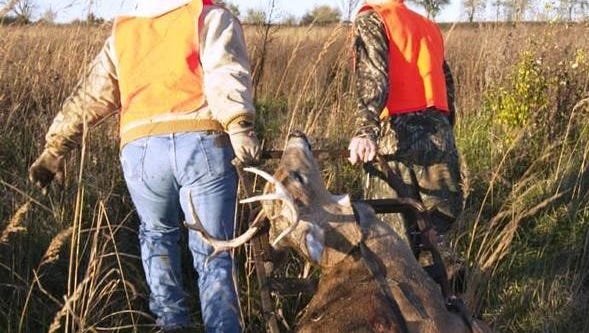 CHARLESTON, W.Va. — The biggest danger for hunters during hunting season is something they may not see coming. Hunter education for the past four decades, along with the requirement of blaze orange apparel, has caused firearms related hunting accidents to be almost non-existent. But one of the most common hunting incidents in recent years has been heart attack and stroke.

Hunters often over exert themselves during the first days of the season. They walk well beyond what they’re normally accustomed to walking. They often push their stamina too far trying to drag a deer from the woods and suddenly find themselves in cardiac arrest.

The problem has become so prevalent it caught the attention of the American Heart Association. The organization’s West Virginia chapter launched an initiative for the month of November called. “Heart Healthy Hunting.”

“All year long you’re not exerting the kind of energy you’re exerting during hunting season. You’re walking a long way in the woods in cold conditions. You’re climbing into a tree stand or maybe pulling something out of the woods. Folks aren’t used to that level of activity,” said Julie Warden of the American Heart Association during a recent appearance on West Virginia Outdoors.

According to Warden, Natural Resources Police responded to 21 hunting related incidents in 2020 and five of them were heart attacks and several were fatal. The organization hopes to educate hunters to know their limitations before going into the woods and to also make a plan in case of an emergency.

“Make sure someone knows what time you’re leaving and at least a general idea of when to expect you home and a general location of where you are going to be,” Warden said.

She said also as you make your pre-season preparations consider the location of the nearest hospital and factor it into those plans. She said knowing the signs of trouble is important.

The stroke signs are best remembered with the acronym “FAST.”  F for facial drooping, A for arm weakness, S is for speech difficulty, and T is for when the first three are evident it’s “Time” to call 911. A heart attack can carry signs like a pain or tightness in the center of the chest, pains to other parts of the upper body, a numbness or sudden weakness of the arms, a cold sweat, and difficulty breathing. All are signs of a heart attack and a moment to get help immediately.

The AHA’s campaign includes social media testimonials from hunters who survived heart attacks while hunting because of prior planning.

“If anything with your body does not feel right, it’s time to call 911 just to be safe,” Warden said.