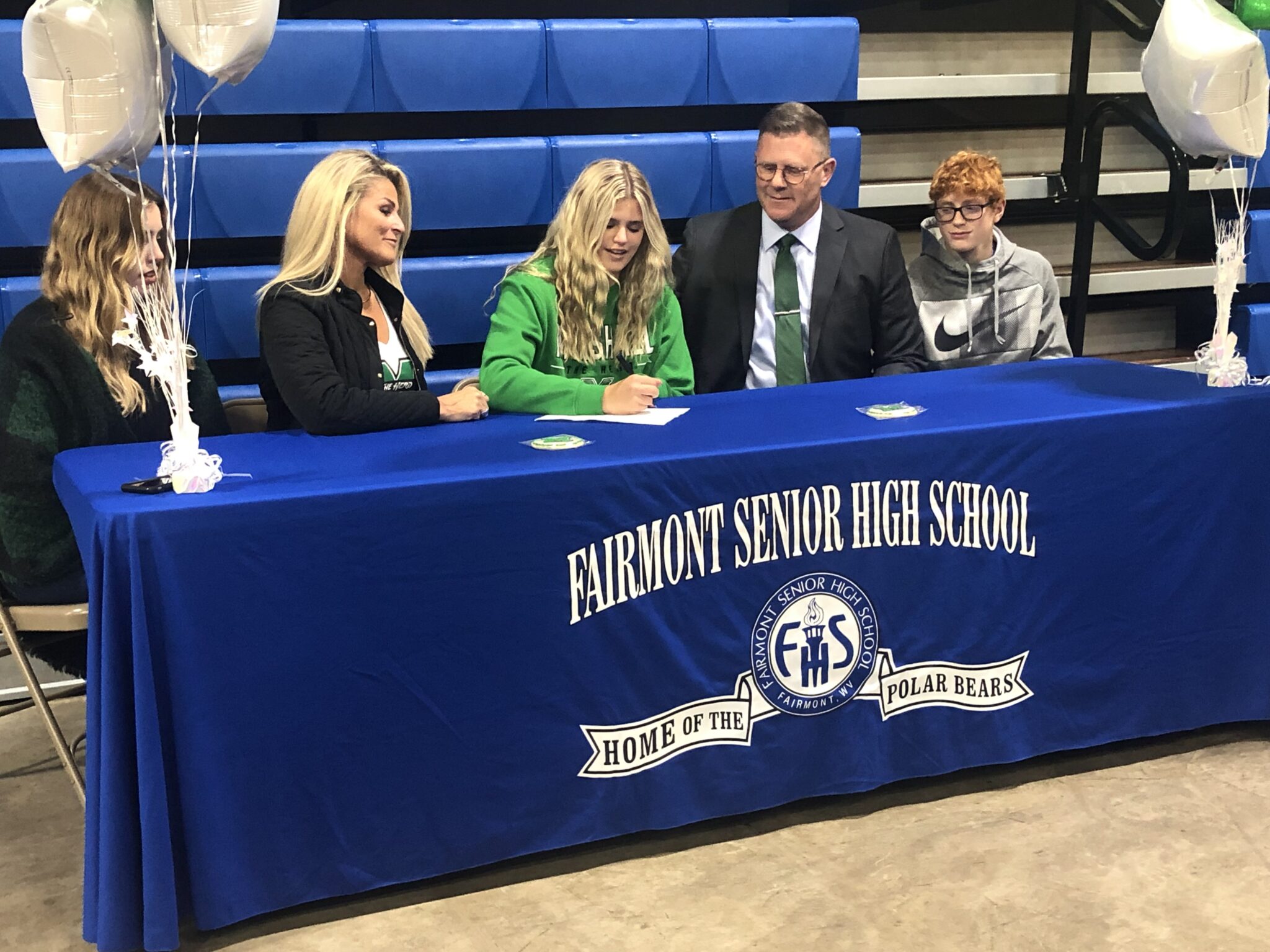 Fairmont Senior's Meredith Maier signed with Marshall on Monday in front of family and friends.

FAIRMONT, W.Va. — Before embarking on her senior season, Fairmont Senior’s Meredith Maier made her next destination official Monday night by signing to play basketball at Marshall in front of family and friends at the Fairmont Senior Field House.

The 6-foot Maier spent her first two years of high school at Grafton, before transferring to play for the Polar Bears, who she helped lead to a Class AAA runner-up finish in her first season.

“This school has really helped me get noticed more,” Maier said. “Being in Grafton really helped me develop as a player, but getting here pushed me over the edge and made me feel more like I had the chance to be a collegiate player.

“They really helped me progress throughout the years. I feel like i’ve been here all four years. I’m really excited to finish out and this season, but it’s also a sad time, because I know I’m not going to have a next year.”

The versatile Maier was a first-team all-state selection last season with averages of 18.3 points, a team-best 12.9 rebounds, 4.9 assists, 4.7 steals and 1.6 blocks.

Her recruitment picked up over the summer during her first season with the West Virginia Thunder on the AAU circuit.

“Huntington is where my AAU team was based out of. That really helped my decision, because I got to be down there a lot more for practices,” Maier said. “My travel coach Scott Johnson did a lot of work and really helped me develop more as a player and play against better competition, so kudos to him. He really helped me a lot over the summer.”

Getting to know the coaching staff and personnel at Marshall helped sway Maier’s decision to remain in state at the next level, where she hopes to display the all-around game that has helped her throughout her prep career.

“I have a passion for the game,” she said. “Going to a school where I know all the girls have the same passion I do is really just going to help us bond more as a team. My assets are obviously my rebounding. I love to rebound and play defense. Going to Marshall, they’re going to want me to shoot the ball, and I’m really excited to show them my strength there.”

Maier is also relishing the opportunity to play with a chip on her shoulder at the Division I level.

“Marshall is not obviously WVU, but I feel like they’re almost the underdogs to this state and I want to bring their name out more,” she said. “Being a hometown girl, I have the ability to do that.”