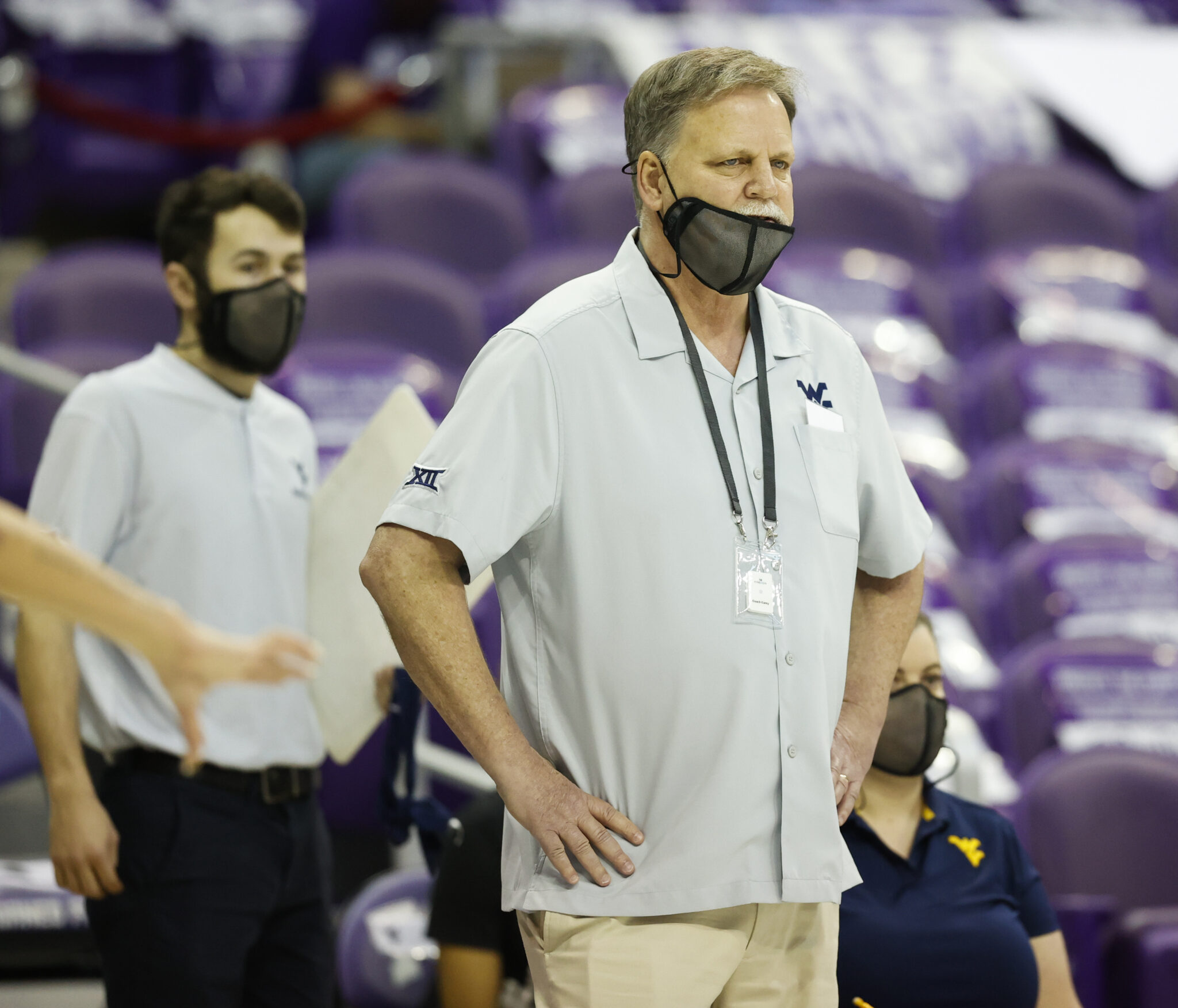 MORGANTOWN, W.Va. — It remains to be seen what veteran West Virginia women’s basketball coach Mike Carey settles on in terms of his team’s rotation for the upcoming season, which starts at 7 p.m. Tuesday when the Mountaineers play host to Saint Francis (Pa.) at the Coliseum.

But ahead of his 21st season guiding the Mountaineers, Carey has made this much known — his team is going to try to get the most out of its depth, which means an increase in full-court defensive pressure and attempting to speed up the opposition.

“It’s my personality. I want to be in attack mode offensively and defensively,” Carey said. “I never want to sit back. Over the years, we haven’t been able to do that. We would try to be real aggressive in the half court. Now we’re going to try to be aggressive full court.”

Despite the loss of guard Kysre Gondrezick — the fourth pick in the 2021 WNBA Draft — from last season’s team, the Mountaineers aren’t lacking experience. They have six seniors, including new additions Yemiyah Morris and Ari Gray through the transfer portal.

The 6-foot-6 Morris came to Morgantown from Mississippi State, following the path of junior guard Jayla Hemmingway, who did the same a year earlier.

“Give her credit — she’s getting more conditioning than everybody else right now. We’ll have her where we need her by January. There are days in practice she looks like a first-round draft choice.”

Gray, a 6-foot forward, averaged at least 13.3 points each of the last three seasons at Xavier.

The additions figure to make the 22nd-ranked Mountaineers a deeper team, particularly when factoring in the return of the second through seventh leading scorers from a squad that finished 22-7 and reached the second round of the NCAA Tournament last season.

Returning point guard KK Deans is relishing the opportunity to play on a team that has the luxury of going to deep into its bench, and believes that could pay dividends later in the season.

“Playing 40 minutes throughout the whole year is very tiring and by the end of the year, you’re not able to do the things you’re capable of, because your body is like I need a break,” Deans said. “So having a bench and and you can have a break, you have so much more energy to use that athleticism and use those things that you have as a player to keep doing it. When you get a break and then can go back and give the energy that the team needs, it’s a blessing.”

Since its first and only exhibition October 28 against WVU Tech, the Mountaineers have had a surplus of time to prepare for the opener against the Red Flash.

That was something Carey did by design in an effort to give his team more time to jell before playing games that count.

Saint Francis finished 14-9 and 12-4 in the Northeast Conference last season. The Red Flash are off to an 0-2 start and were beaten by Temple and Kent State by a combined 46 points.

“They’re sick of practice, they’re sick of me,” Carey said. “We need to get some stuff on film and get in game situations. I need to learn the rotation and what’s going to work and what doesn’t work.”

Tuesday’s opener is the start to a busy beginning for West Virginia, which will have played three games by the end of Sunday and six games by December 1.

The Mountaineers host Kennesaw State on Friday and welcome Radford on Sunday, before heading to St. Petersburg, Florida, to face Purdue on Thanksgiving and either Florida State or BYU two days later.

“This is going to be a test on the new players, because they’re not used to having scout then game, scout then game for different people,” Deans said. “Scouts are different. You have to play people differently. That’s going to be new for them and an experience for me as well being a leader on this team and trying to get them in the right mindset.

“I’m definitely looking forward to these games. I know it’s going to be tough, because it’s back-to-back games and that’s always tough within itself, but playing new people and playing with this team, it’s going to be fun.”