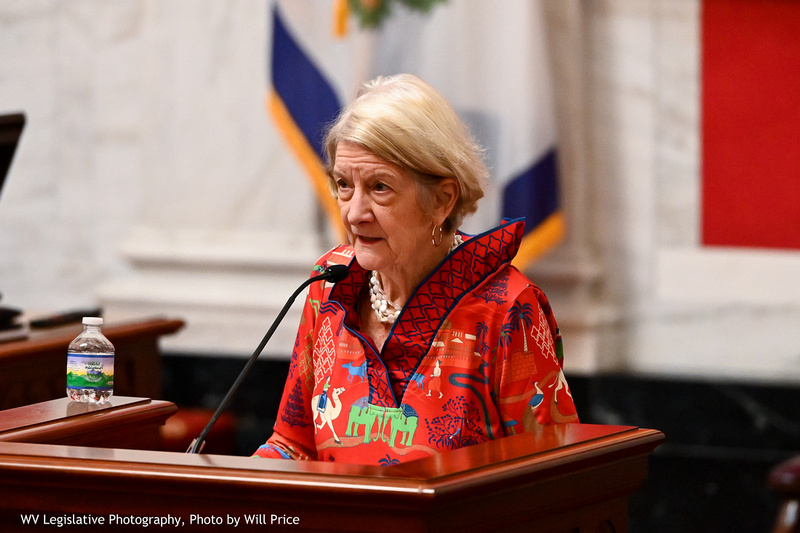 Legislators could be asked for help in pushing communications provider Suddenlink to reestablish a customer service center in West Virginia.

Charlotte Lane, the chairwoman of the Public Service Commission, described that possibility during a presentation to lawmakers at the Capitol. She said customers expressed greater satisfaction when Suddenlink had a call center in Parkersburg, but that center has closed.

“The customer complaints are now outsourced to out-of-country places. Customers have a hard time understanding what they’re hearing,” Lane said.

“I think we will probably be asking that we have a call center in West Virginia by Suddenlink. I think that will solve a lot of the problems.”

Jim Campbell, a vice president of state and local government affairs for Suddenlink’s parent company, responded that the company is working to improve its service. But Campbell expressed doubt that the location of its customer service efforts is a major factor.

“Regardless of the location, I think training is more important than the location. If we have people who are properly trained that takes care of much of the problem as opposed to the location,” Campbell said.

Both were addressing two legislative committees that gathered together: the Joint Committee on Technology and the Select Committee on Infrastructure.

Lane’s presentation came as the Public Service Commission nears conclusion of a probe of Suddenlink’s service. The record has now closed in that case, and Lane said she hopes an order laying out findings, recommendations and actions will be out by the end of this year.

Customer after customer complained about Suddenlink service during three public hearings this fall.

Meanwhile, the House of Delegates established an online portal to field concerns and complaints about cable and internet service from Suddenlink. Customers can send those concerns to cableconcerns@wvhouse.gov.

Lane said matters reached this point because officials received thousands of complaints related to Suddenlink, far more than about other cable companies.

Linda Bouvette, a staff attorney for the PSC, told legislators today that compared to the smaller Comcast far more complaints are leveled at Suddenlink. Most complaints deal with encounters with call centers and long waits to talk to an actual person, she said.

“Comcast had the same weather and they operated under covid too, and they didn’t have the type of complaints that Suddenlink did,” Bouvette said.

Campbell, speaking for Suddenlink, said the company recognizes the complaints and has worked to improve. “We see the frustrations. We recognize the frustrations,” he said. “I’m here to tell you we own it. And if we own it, we have to fix it.”

He said a negotiated resolution, rather than an order, would be better for state residents and customers. Meanwhile, he said, technical call rates are down 30 percent, “a sign that we’re moving in the right direction.”

But he said the large number of people who logged on for work and school during the covid-19 pandemic strained resources. Calls increased and some customer service agents went into action before they were really experienced enough to handle some of the technical issues people were calling to resolve.

“We probably had customer agents who were talking with customers before they should have. We’ve increased the training,” he said.

Suddenlink has increased the amount of time customer agents work with supervision, Campbell said. More investments have been made in technical support. The company boosted automated outage notifications. There are plans to expand retail stores with full-time employees.

“Do you understand how important it is that the services you provide are to our economy and to the security and safety of the people of West Virginia?” Delegate Daniel Linville, R-Cabell, asked Campbell.

Linville, chairman of the Technology & Infrastructure Committee, asked Lane what other support might be needed from the Legislature. Lane said the PSC will need to assess its authority in conjunction to the order it releases in the Suddenlink case.

“Then we will probably propose legislation. I’m not really prepared at this time to say what that might be,” Lane said.

Linville probed more broadly: “Are you or are you not arguing for full regulatory authority over the Internet?”

“Yes,: Lane responded, “I would like to have full regulatory authority over the internet. But I need to talk to legislative leaders to see if they are in full agreement with that.”

The PSC has regulatory authority over cable television, a big component of Suddenlink’s business, she noted. But, “In the past, the Legislature has not been willing to give us jurisdiction over the Internet service. But I do want to talk with legislative leaders to see if they are willing to allow us to pursue that.”

Linville asked more questions about the circumstances under which the Public Service Commission might regulate internet service.