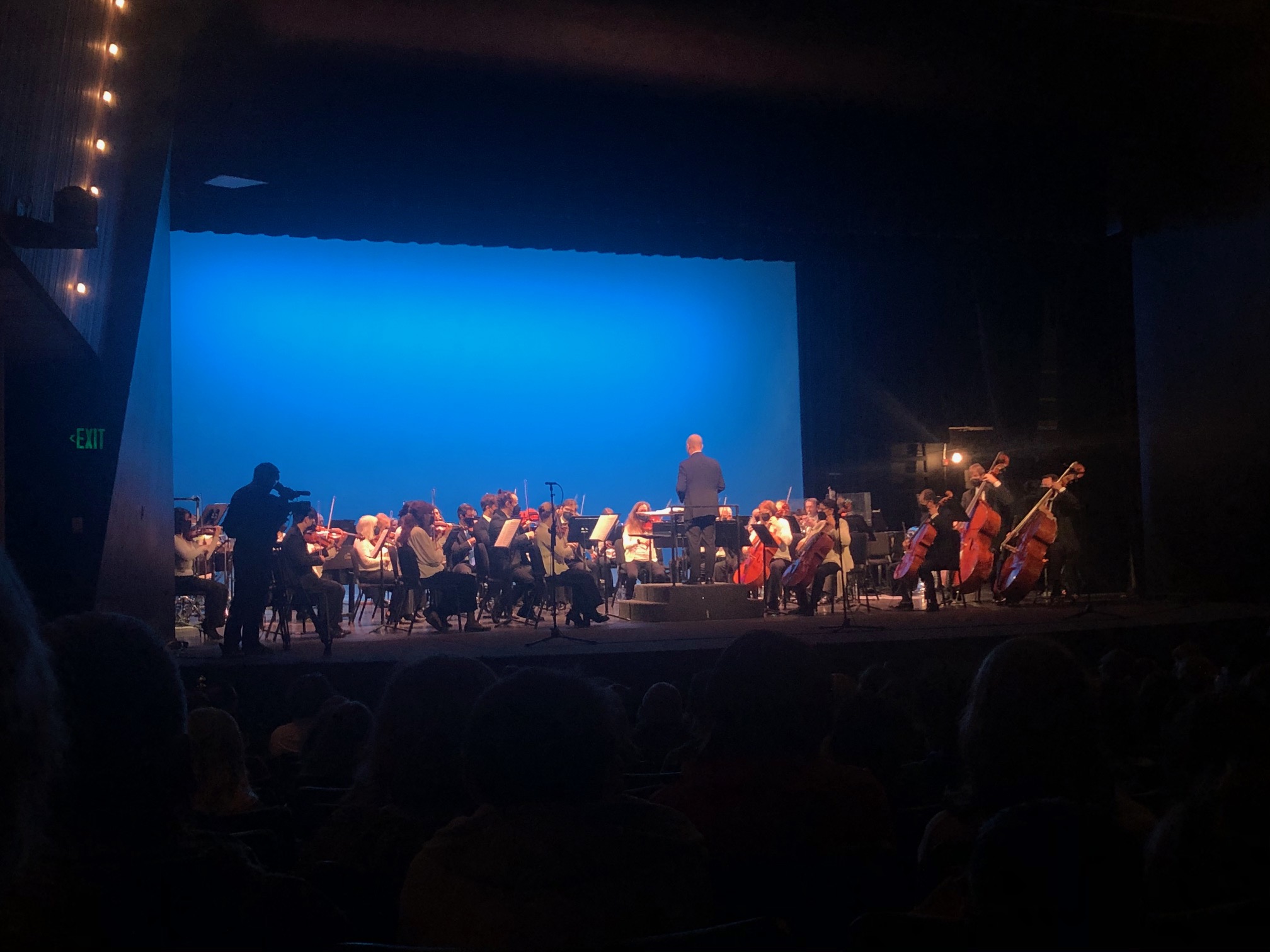 CHARLESTON, W.Va. — Middle school students from around the state had the opportunity to enjoy a concert from the West Virginia Symphony Orchestra on Wednesday and a select number joined in the concert.

The show opened with a side-by-side performance of the Star-Spangled Banner with select students from local Save The Music grantee schools. The program is sponsored by the recording industry’s Music Performance Trust Fund.

“Where a lot of states have decreased their arts in the schools because of challenges, we have excelled,” Randall Reid-Smith, West Virginia Department of Arts, Culture and History Curator told MetroNews following the concert.

Reid-Smith spoke to the crowd along with special guests and speakers Dan Beck, trustee, Music Performance Trust Fund, and Henry Donahue, executive director, Save The Music.

“The Music Performance Trust Fund is pleased to support the Save The Music Foundation’s leadership in celebration of music education in West Virginia,” said Beck in a release. “We are excited to bring the musicians from the West Virginia Symphony to this wonderfully collaborative experience, and we salute the musicians and members of Local 136 of the American Federation of Musicians.”

One of the WV Symphony’s strongest initiatives, the Young People’s Concert Series reaches thousands of students annually, a release said. Students from schools and programs across the region and state are bussed in to enjoy these concerts.

“It’s inspiring. I thought it was great as they have the schools here, they announced where each kid was from and the crowd was going wild. They loved it,” Reid-Smith said of the impact of the performance on the students.

News
Mountain railroad finally repaired after nearly 40 years
A 15 mile stretch of track from Cass to Durbin destroyed in the 1985 flood is finally restored after years of work
By MetroNews Staff
News
Kanawha County Commission wants lawmakers to tackle utility rate hikes
Members say efforts to fight the endless hikes at the PSC haven't worked so they want lawmakers involved. Carper said the increased costs for gas, water, and power in recent years is more than a lot of West Virginians can afford.
By Chris Lawrence
News
Governor says he'll compromise on tax plan, but expresses frustration that session could end with no deal
Senate Finance Chairman says it's important to carefully assess the effects of the tax proposal in years to come.
By Brad McElhinny
News
House bill would exempt some from paying city user fees
House committee amends bill to allow lawmakers not to pay the City of Charleston.
By MetroNews Staff