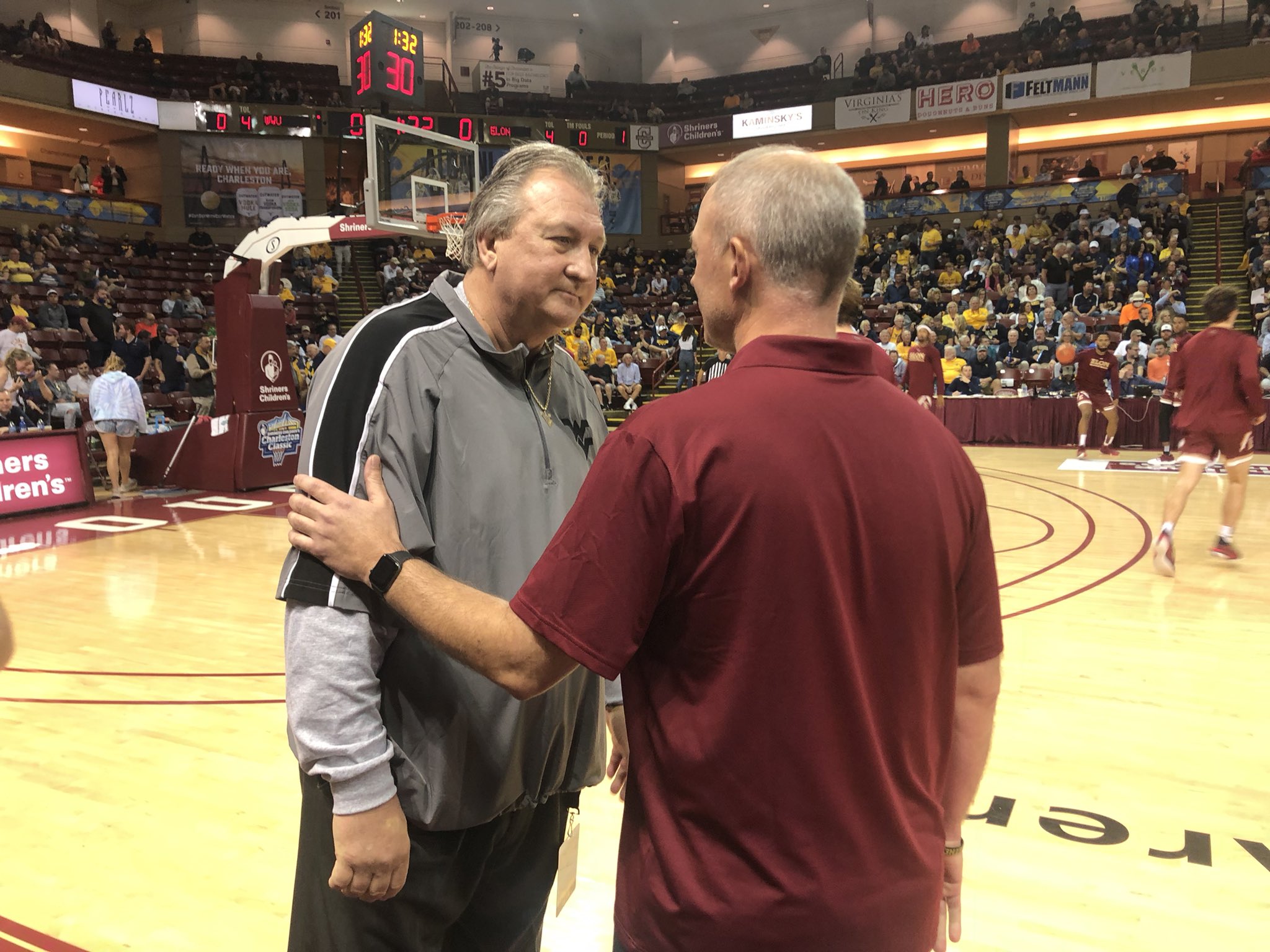 West Virginia put together its sharpest showing of the young season Thursday night to roll past Elon 87-68 in the Shriners Children’s Charleston Classic at TD Arena.

The Mountaineers (3-0) never trailed, though they didn’t put away the Phoenix (2-2) until the late stages.

Taz Sherman poured in a career-high 27 points to lead the way in the win, making 9-of-17 field goals and 8-of-9 free throws.

West Virginia had only 10 turnovers and forced 17, while holding a 26-9 advantage in points off turnovers thanks to effective full-court pressure.

“It made them play faster and sped them up,” WVU head coach Bob Huggins said on postgame radio. “It got them out of their offense. It took them out of what they wanted to do.”

The Mountaineers shot better than 50 percent (30 of 58) from the field, and hit free throws at a much higher rate than over the first two games, cashing in on 21-of-28 foul shots.

Having been significantly out-rebounded in victories over Oakland and Pitt to start the season, West Virginia also improved in that area and beat Elon on the boards, 39-33.

“I’m not going to quit until I beat Roy,” Huggins said during a postgame television interview.

WVU got off to a fast start, scoring 16 points to build a nine-point lead before the game was 4 minutes old.

The Phoenix cut their deficit to 21-18 just inside the 12-minute mark of the opening half, before the Mountaineers outscored them 14-2 over the next 5-plus minutes to build a 15-point lead.

Elon got as close as 42-37 in the late stages of the first half, before two free throws from Isaiah Cottrell sent WVU into the break with a seven-point lead.

Sherman scored 13 of his game-high point total over the first 20 minutes, while guard Sean McNeil had 11 points on 5-of-7 shooting.

“We wore them down a little bit,” Huggins said on television.

Elon didn’t go away quietly, however, and two free throws from Torrence Walker trimmed the deficit to 60-51 with 11:05 left.

But the Mountaineers got a layup from McNeil to start a 7-0 run that was capped by Cottrell’s 3-pointer for a 71-54 lead with 8 minutes remaining.

Elon never got closer than 12 the rest of the way.

Ten of the 14 WVU players that saw action logged at least 8 minutes, but Huggins wasn’t delighted when speaking of the rotation.

“We have 14 guys and they all want to play,” Huggins said on radio. “You’re going to have a little bit of unrest because they want to play. I understand that. I also understand when I was growing up in the United States of America, you had to work for what you got. That’s kind of gone now. That’s the way it used to be, and that’s the way it’s going to be as long as I’m the head ball coach here. They’re going to earn their stripes, so to speak. If they don’t like it, go ahead and transfer.

“We lost an alleged McDonald’s All-American [when Oscar Tshiebwe transferred to Kentucky last season] because he didn’t like the fact that we were making him do things that were hard. So, we’re fine.”

West Virginia faces Marquette (4-0) at 7 p.m. Friday with a spot in the tournament final up for grabs. The Golden Eagles topped Ole Miss 78-72 in an earlier first-round matchup The majority of Marquette’s offense came from a trio of players — Darryl Morsell (22 points), Justin Lewis (21) and Kameron Jones (18).

“The way we played tonight, we shouldn’t be tired,” Huggins said on television. “We went through the motions in the first half. Shaka has done a terrific job. They play as a team and they change defenses on you. He’s done a great job as he always does.”